Enter your dog's name, select an icon and you'll instantly see EVERYTHING personalised just for your Staffordshire Bull Terrier...
Get Started
or choose from over 300 breeds
or login to fetch your dogs
Choose your dog 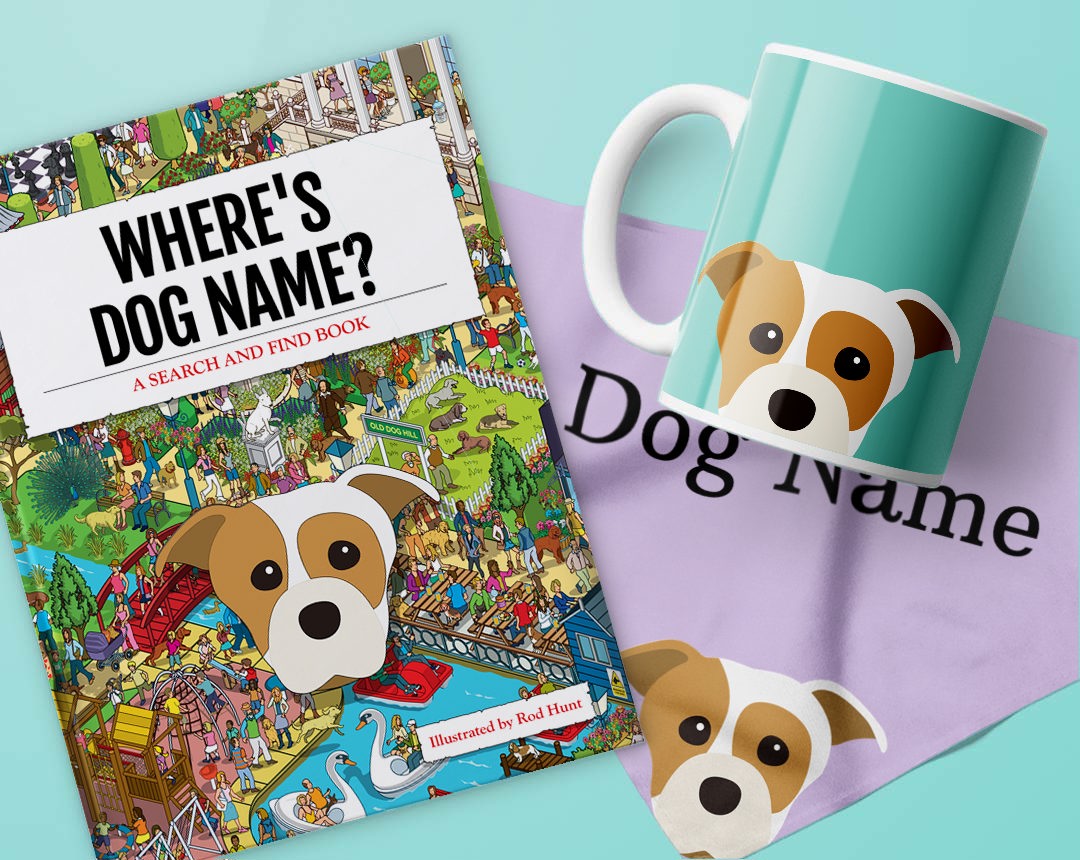 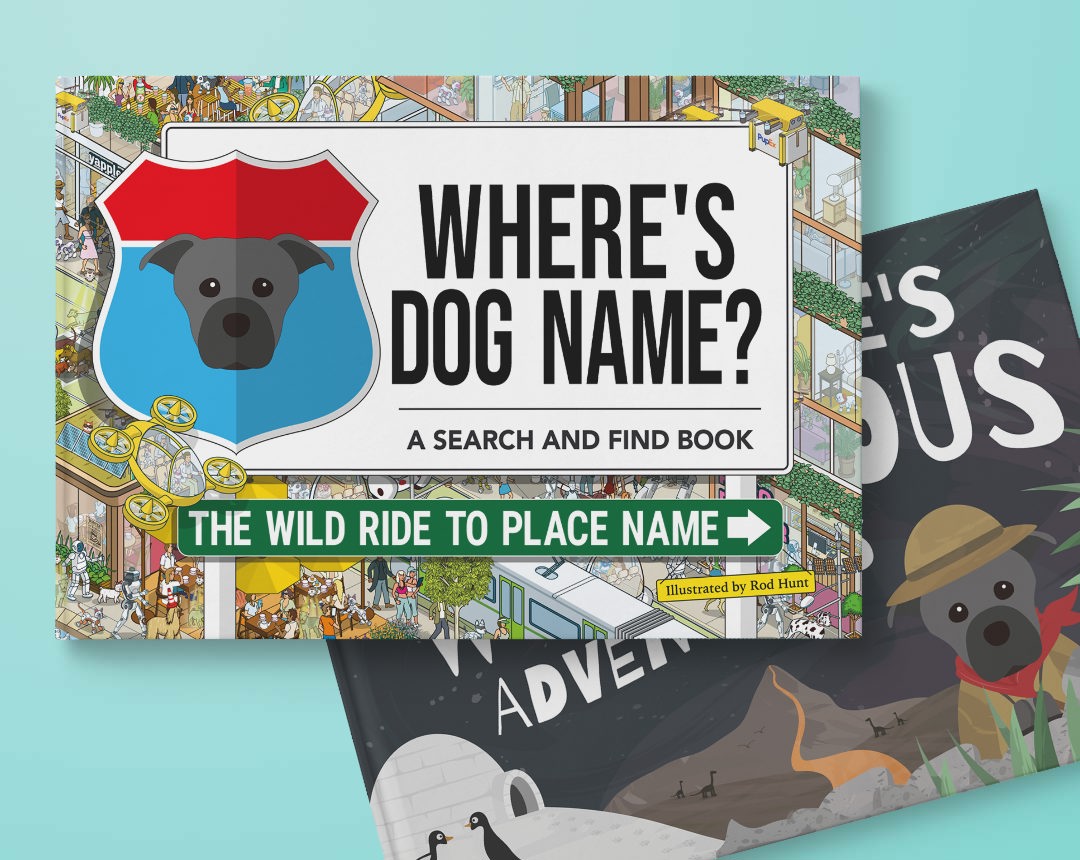 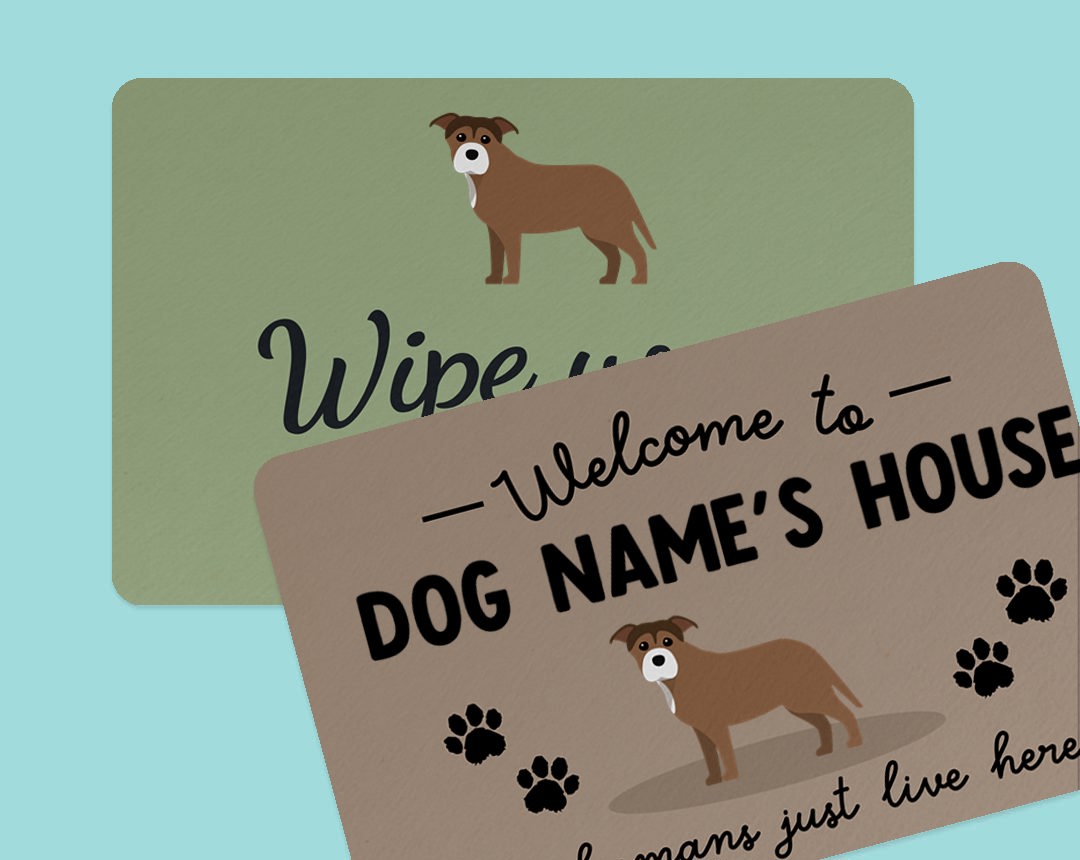 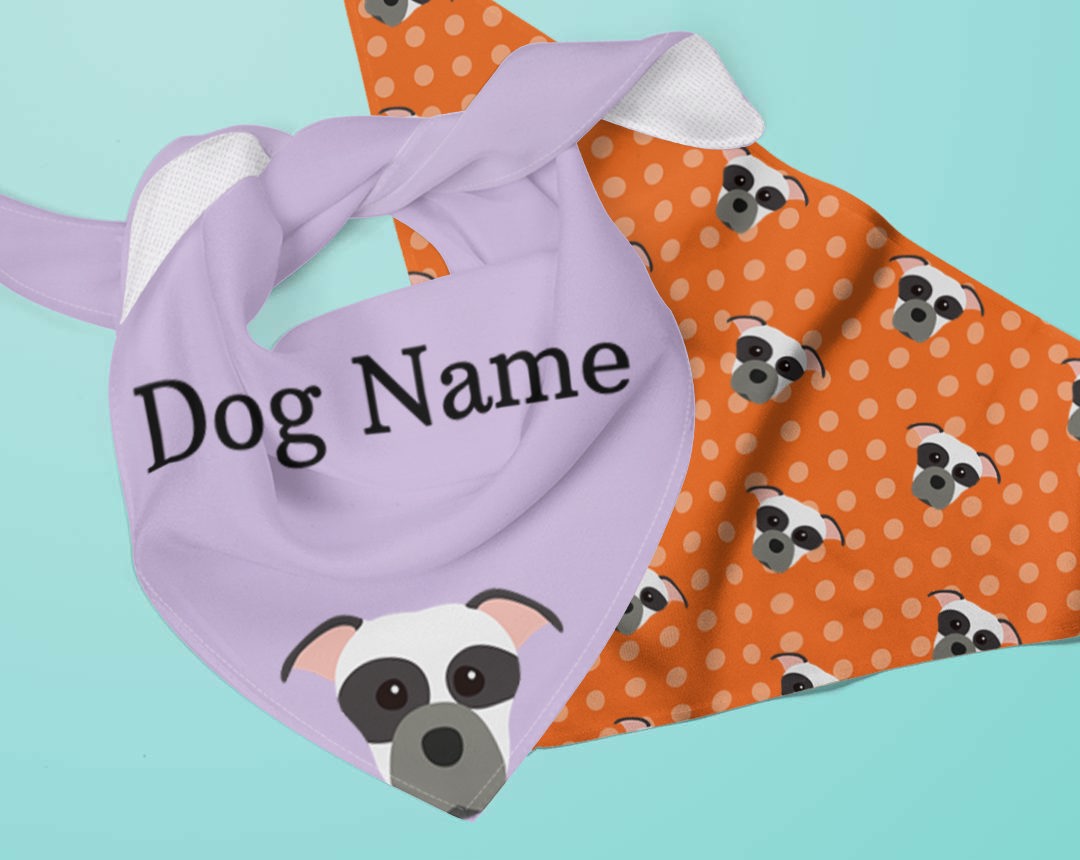 The Staffordshire Bull Terrier is a relatively new breed and was first bred during the 19th century to be both a fighting dog in the ring, but calm and sociable with ‘hoomans’. It’s thought this breed probably came about by crossing a bulldog with a predecessor of the Manchester Terrier but much about this breeds creation is unknown. Today, this group of doggies are ranked 85th among 157 breeds but is actually one of the most common breeds found in animal shelters (whine…), with a whopping 80% of dogs at Battersea Dog and Cats home being this type of dog, or a cross/mixed breed. This is due to some owners only using the dogs to ‘up their street-cred’ and not properly looking after their doggies. As a result of this many of them end up in shelters. It’s therefore important that any breed of dog goes only to the right owner who will be able give them everything they need to have a long and healthy life

Despite this, the Staffie has been described as the true embodiment of ‘man’s best friend’.  They are very sensitive and loving companions who love playing with their ‘hoomans’ and living their lives to the fullest! They are an extremely trusting and loving dog, and love to do everything with their owners. Whether that means catching up on the latest series on Netflix with you, taking a trip to the shops, or a long walk around the park. Because of their big hearts, they are not the type of breed that will tolerate being left at home for long periods of time or outside and need someone that can be with them for most of the day. Also, surprising to a lot of people, this breed is extremely patient and loving towards children. Overall, this breed makes a lovely family pet and also a great companion for many, many years.

The name Bull Terrier comes from the fact that these types of dog were bred for blood sports, such as bull baiting. Bulldogs were used specifically at cattle markets to attack bulls, as it was believed that this tenderised the meat. The Staffordshire Bull Terrier was crossed with the Black and Tan - also known as the Manchester - Terrier (hence the addition of the word ‘terrier’ to the name) to create a strong, compact and courageous dog. The breed has changed in appearance over time, as a man called James Hinks crossbred these dogs with Collies, which led to the head shape that we recognise now.

After the introduction of animal welfare laws, and banning of such cruel activities in 1835, the need for Bulldogs reduced dramatically, and numbers dropped dramatically. However, over time, they started being bred as companion dogs, rather than fighting ones, which is their main function today. Their fighting origins affected the breed, as the the Kennel Club was reluctant to recognise them as a breed, and it was not until May 1935 that they became a registered breed.

In June 1935, a group of thirty Staffordshire Bull Terrier enthusiasts met in a pub in the Midlands to found the Staffordshire Bull Terrier Club, and create the first breed standard. The first Secretary of the Club was a man known as Joseph Dunn. In 1938, the first challenge certificates were awarded to the breed, while in 1939 the first Championship certificates were won by Ch. Gentleman Jim, who was bred by Mr Dunn, and Ch. Lady Eve, who was owned by him.

Despite being excellent companion and family dogs, the Staffordshire Bull Terrier’s fighting history continues to affect the perception of the breed. They’re still seen as tough, aggressive dogs, and are all too often treated as a ‘status’ dog in some circles, which contributes to this image. Sadly, they are the breed most likely to find themselves looking for new homes, and are one of the hardest to rehome thanks to their greatly undeserved reputation.