Enter your dog's name, select an icon and you'll instantly see EVERYTHING personalised just for your Miniature Schnauzer...
Get Started
or choose from over 300 breeds
or login to fetch your dogs
Choose your dog 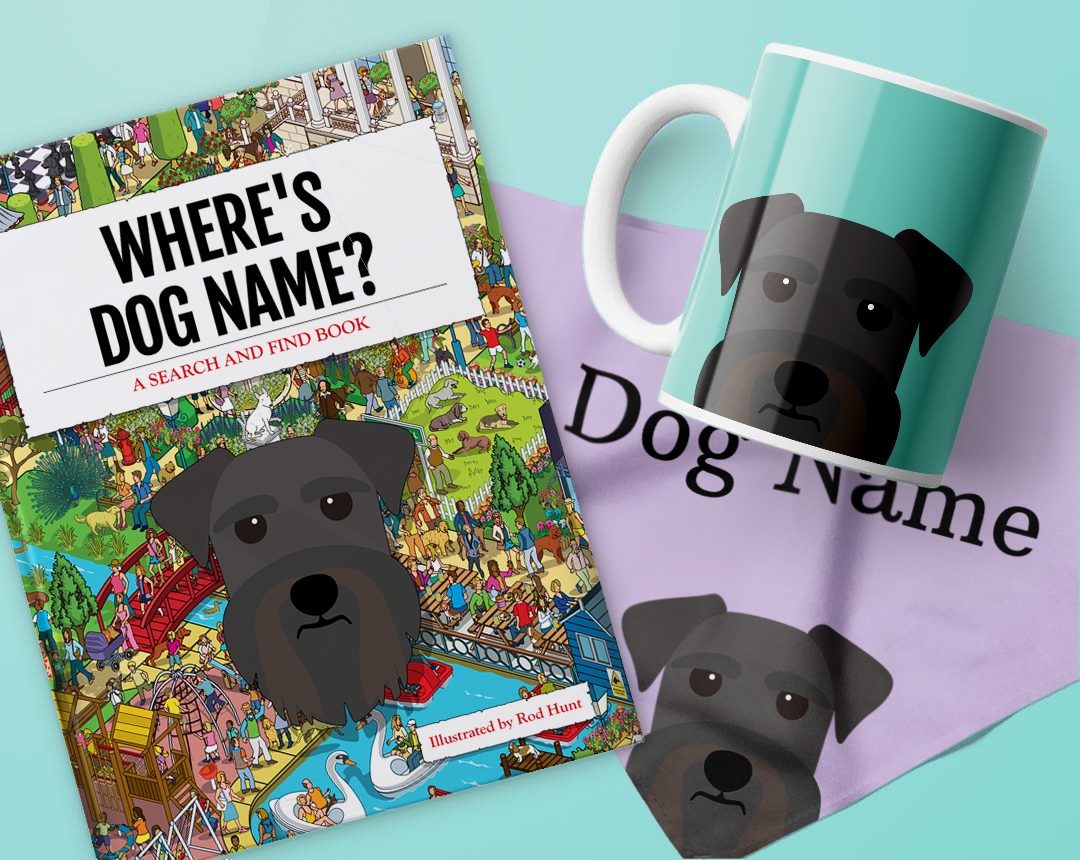 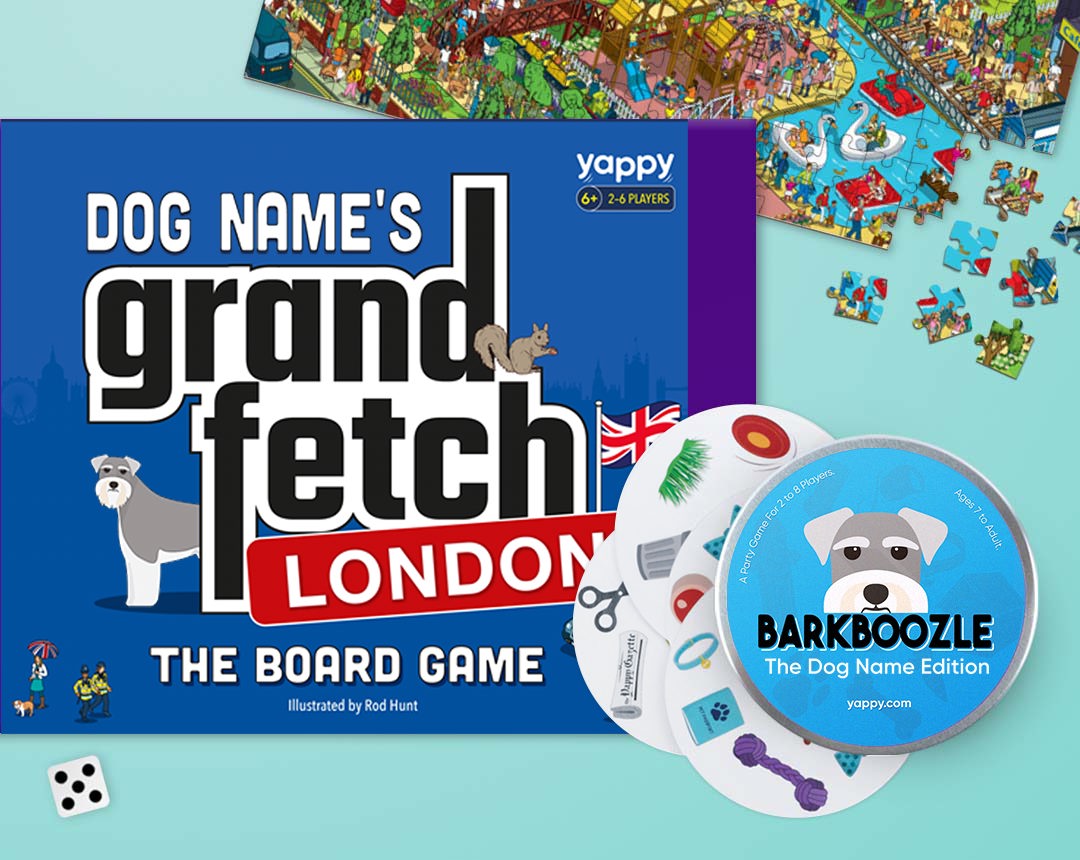 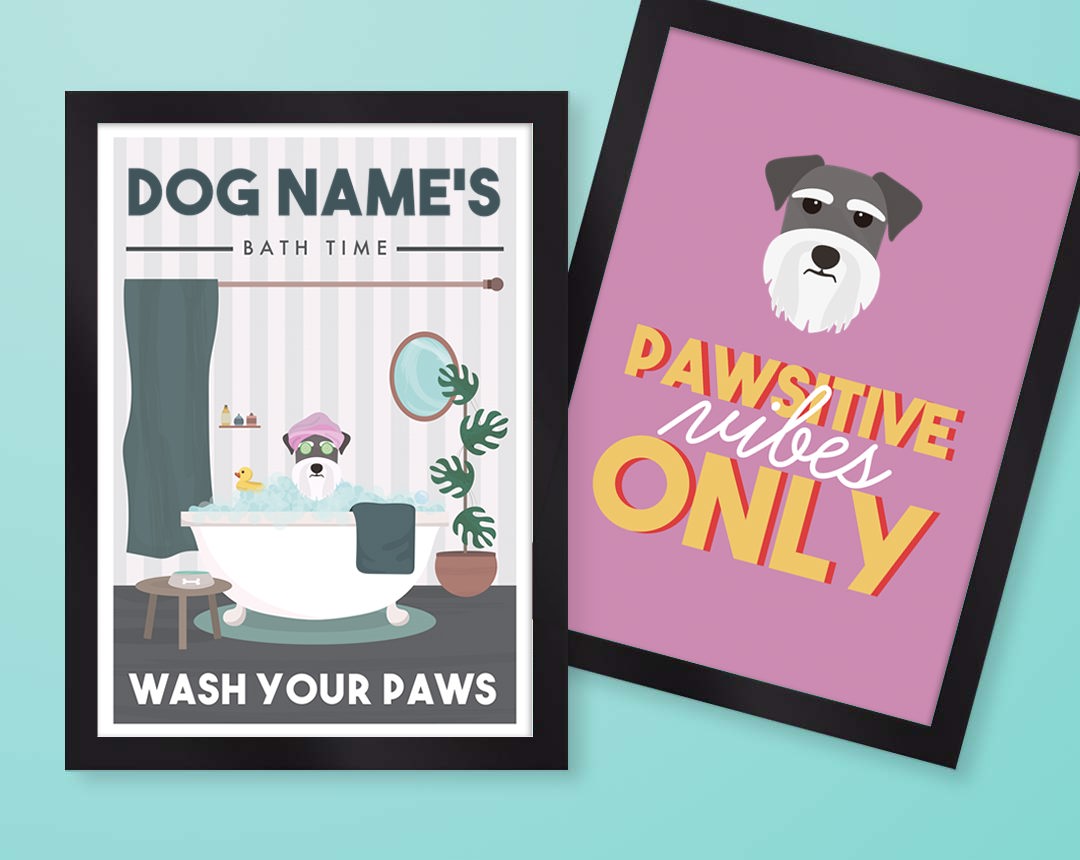 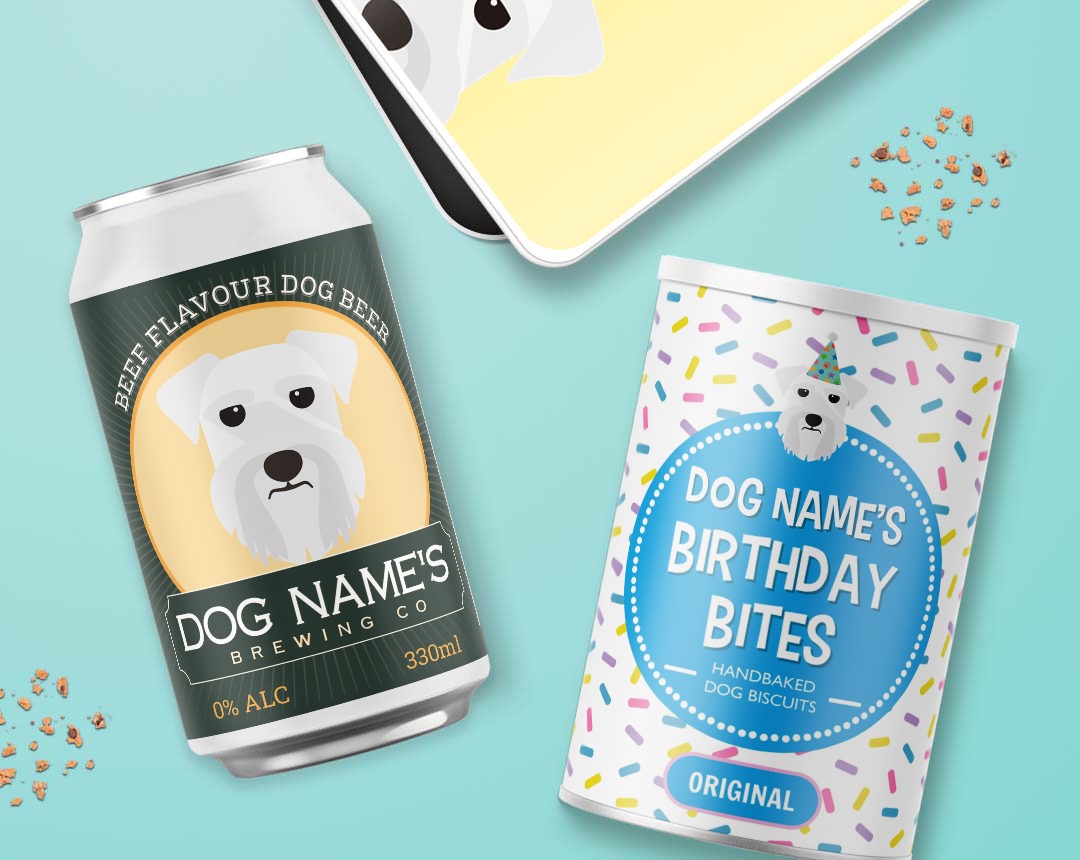 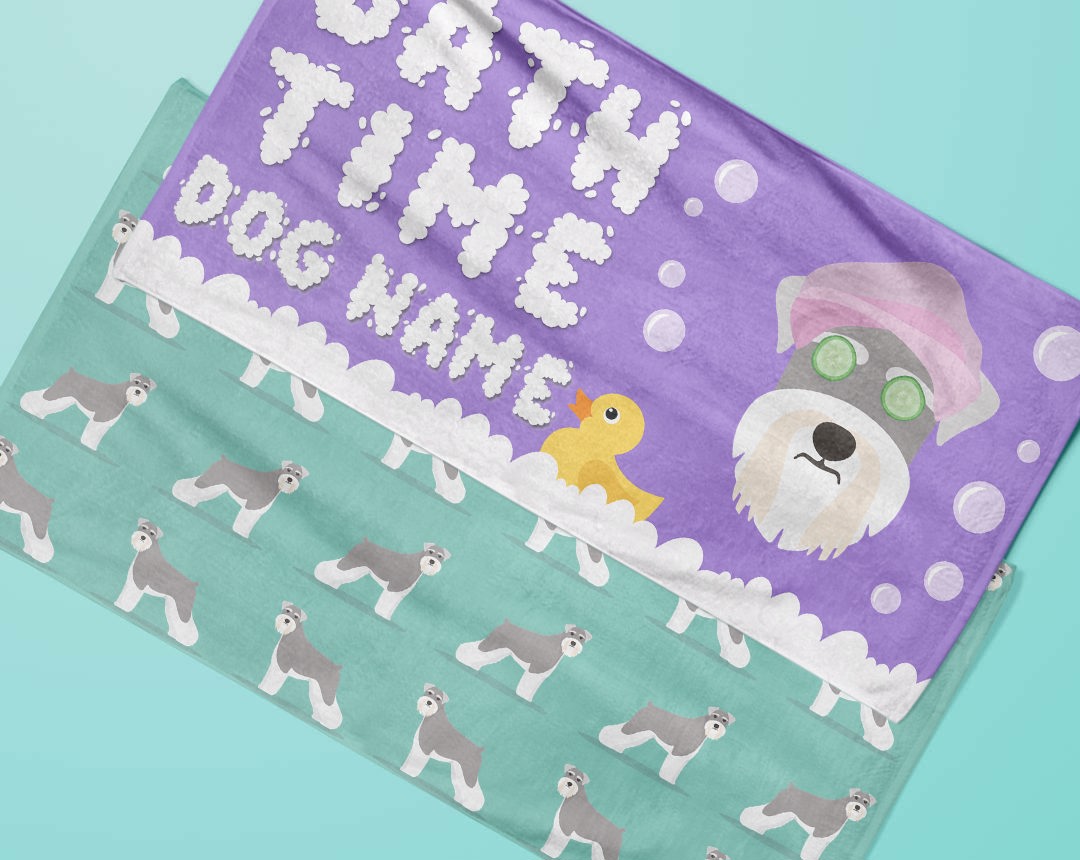 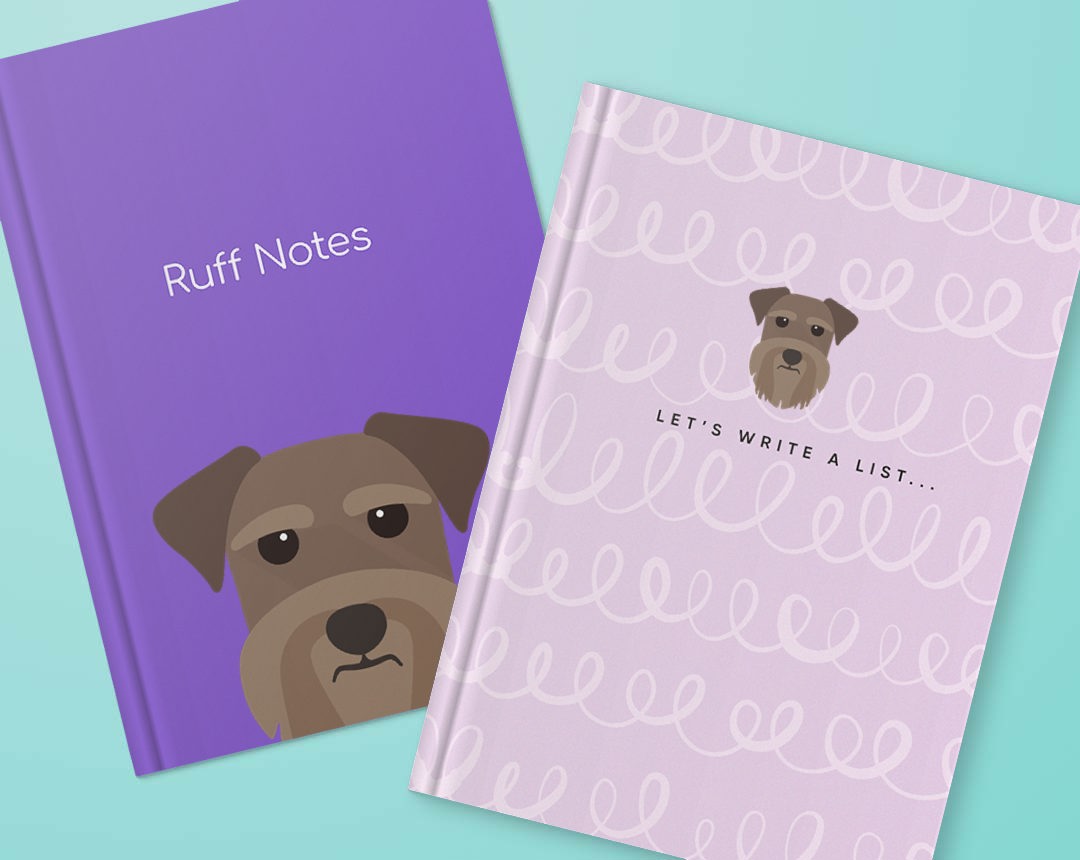 Developed in the mid 19th century, Miniature Schnauzers were originally bred to be guard dogs and catch rats on farms. Though little is known about their development, it’s thought they came about by crossing the Standard Schnauzer with a smaller breed, such as a Poodle or Pomeranian, although the exact dog is unknown. The first known dog of this breed was called Findel, born in 1888 and historically it’s thought that this breeds’ ears were cropped for cosmetic purposes. Nowadays, cropping is mostly seen as unnecessary, unless you have a competing show dog.

These mini moustached dogs have got the whole package! They’re incredibly intelligent making them easy to train and the best type of dog to teach tricks! They’re also extremely affectionate and love their humans to bits, the only downside of this is that these dogs will want you to be around most of the day for lots of cuddles and playtime. Miniature Schnauzers have an extroverted temperament and a huge personality and they tend to forget their size when around bigger dogs. They love to be the centre of attention and playing with kiddies comes naturally to them. Because of their spritely manner, they do need a fair amount of daily exercise and aren’t great for apartment dwellers (unless you live in a penthouse!). Overall, they make great family pets and will provide you with years of happiness.

To understand the history of the Miniature Schnauzer, it is necessary to start with the Standard Schnauzer. Some believe that the dog may date back to the 15th century, thanks to depictions of similar-looking dogs. Although their exact origins are obscure, they may have been a cross between the ‘Dog of the Boulogne’ and the Spitz.

Developed in Germany, Schnauzers were originally intended to be medium-sized multipurpose farm dogs that were able to rat, herd, and guard. Over time, farmers decided that they wanted smaller, more compact dogs for ratting. It’s unclear whether the Miniature Schnauzer was achieved through mating the smallest of the Standard Schnauzers, or if they were crossbred with smaller breeds such as the Miniature Pinscher, Affenpinscher, and perhaps even Poodles and Pomeranians.

It was not until 1879 that the name Schnauzer was first used. It actually came from a wire-haired Pinscher called Schnauzer, which won the Hanover International Show in that year. The first recognised Miniature Schnauzer was a black female named Findel, who was born in 1888. In 1895, the first breed club was established in Cologne, Germany, although at the time it registered a number of breed types, including the smooth-coated Pinscher.