Enter your dog's name, select an icon and you'll instantly see EVERYTHING personalised just for your Springer Spaniel...
Get Started
or choose from over 300 breeds
or login to fetch your dogs
Choose your dog 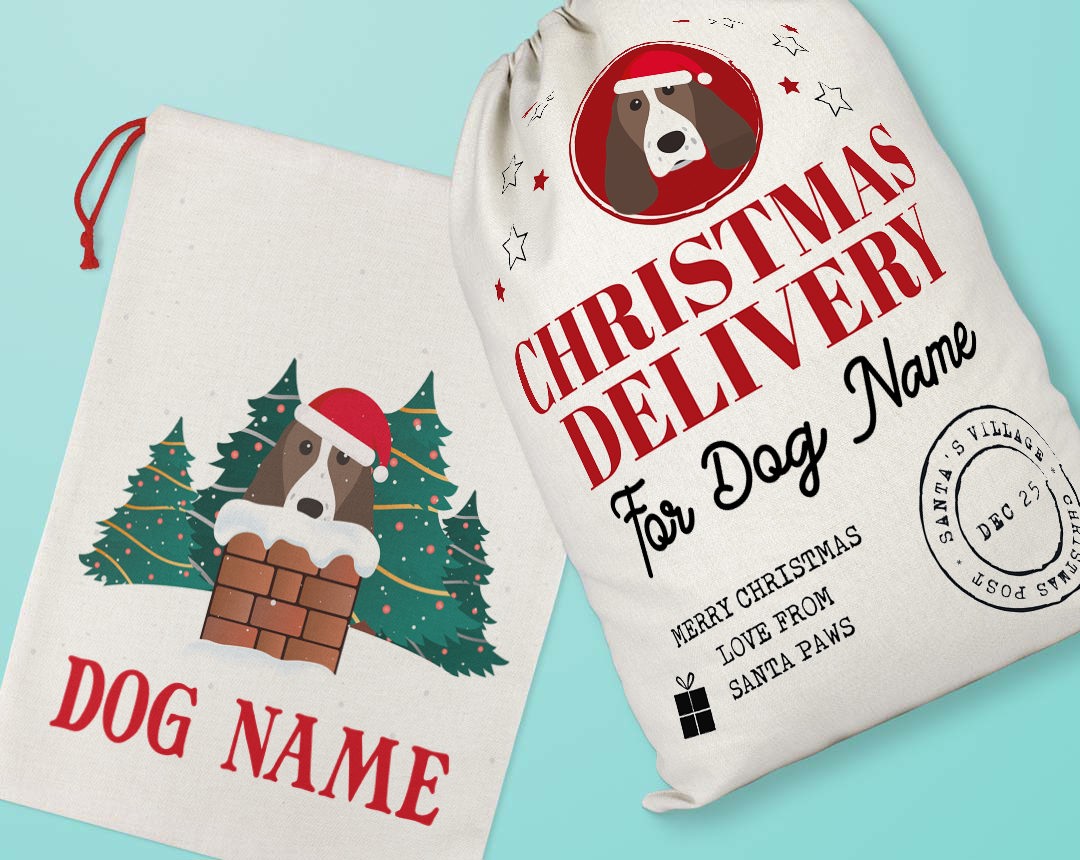 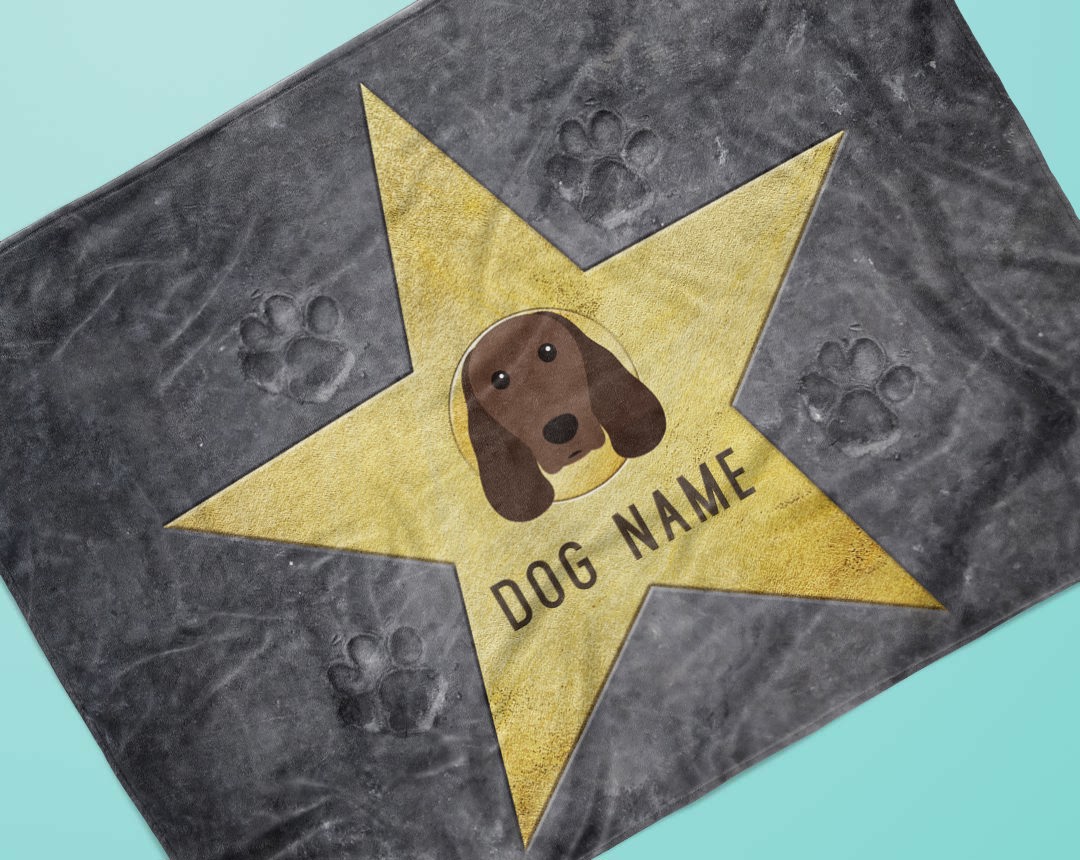 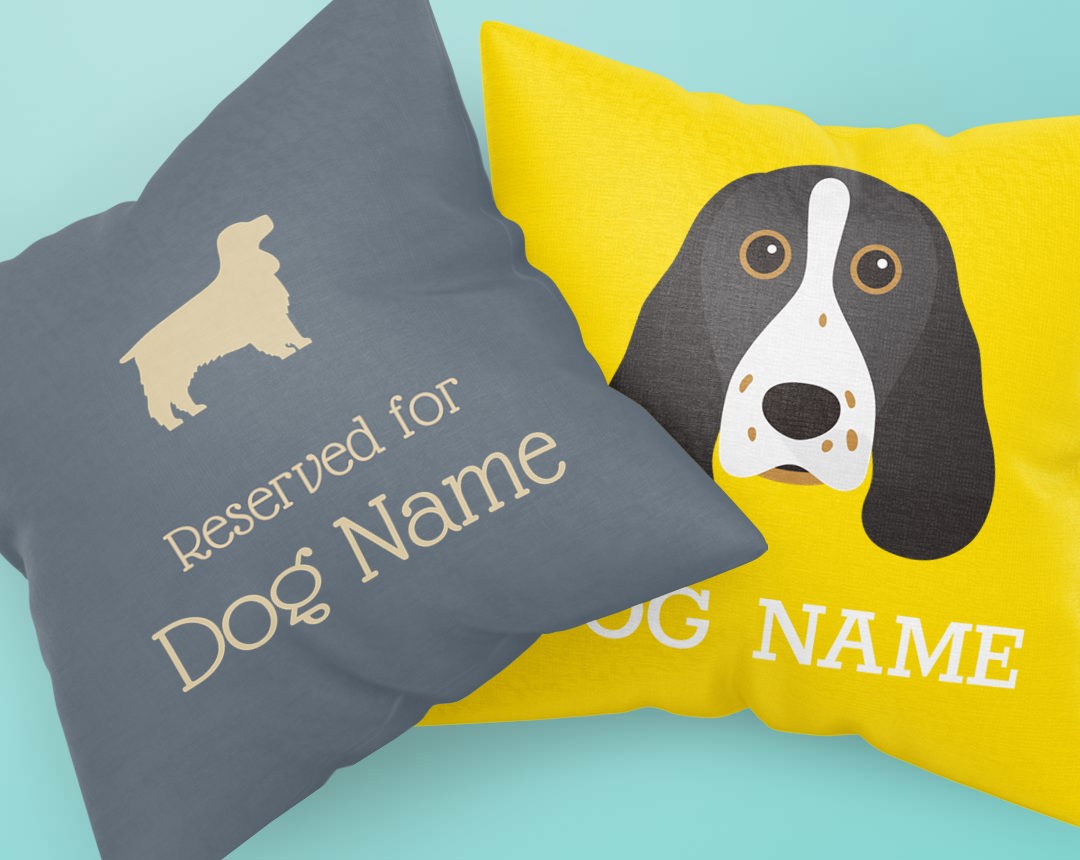 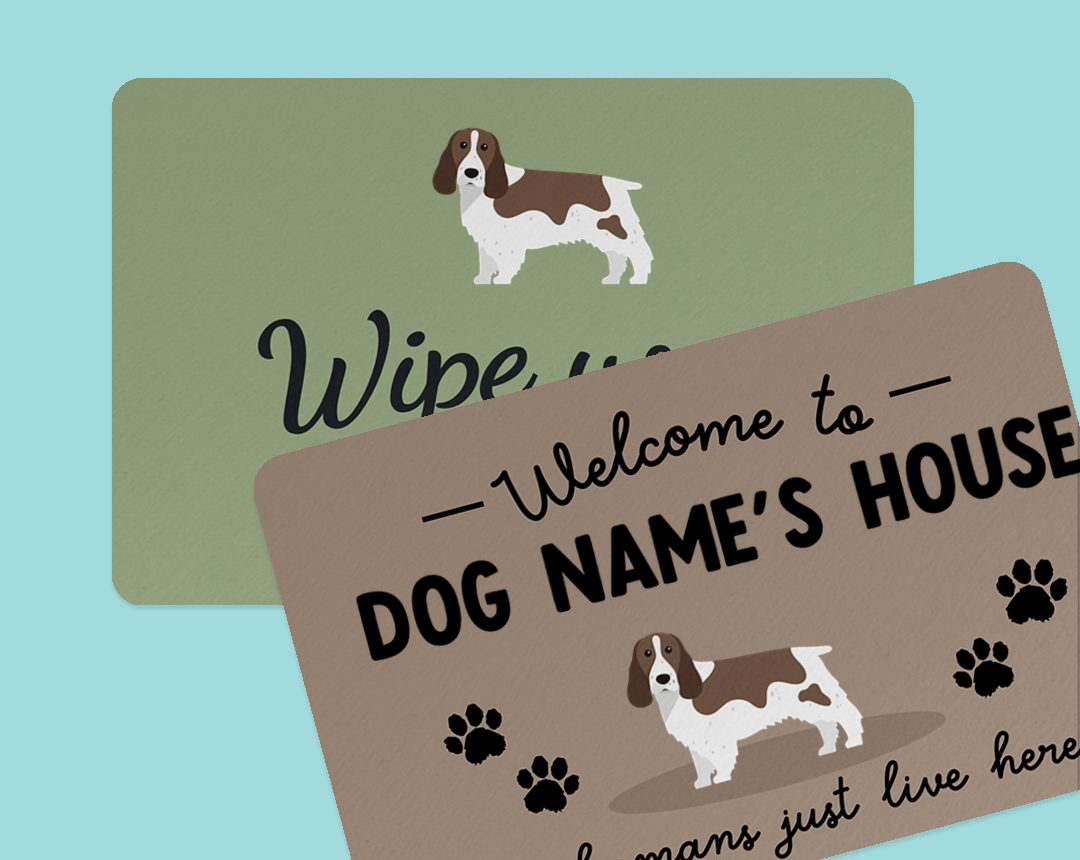 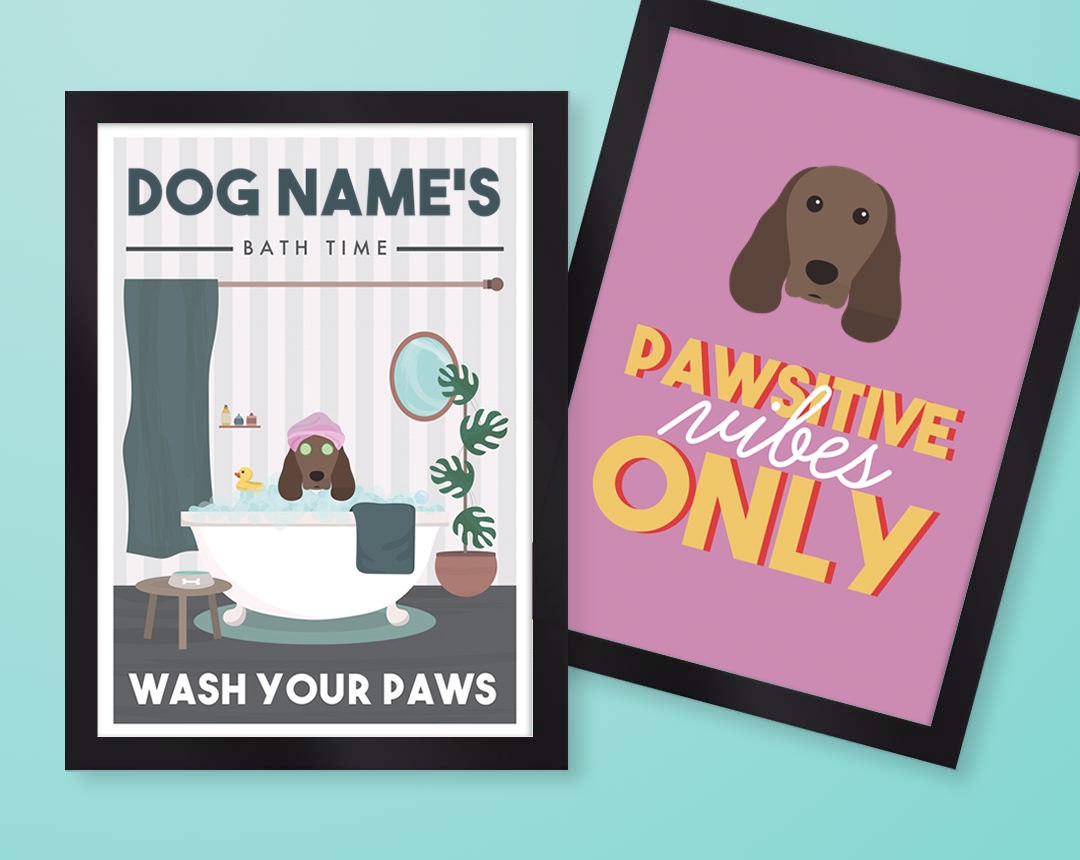 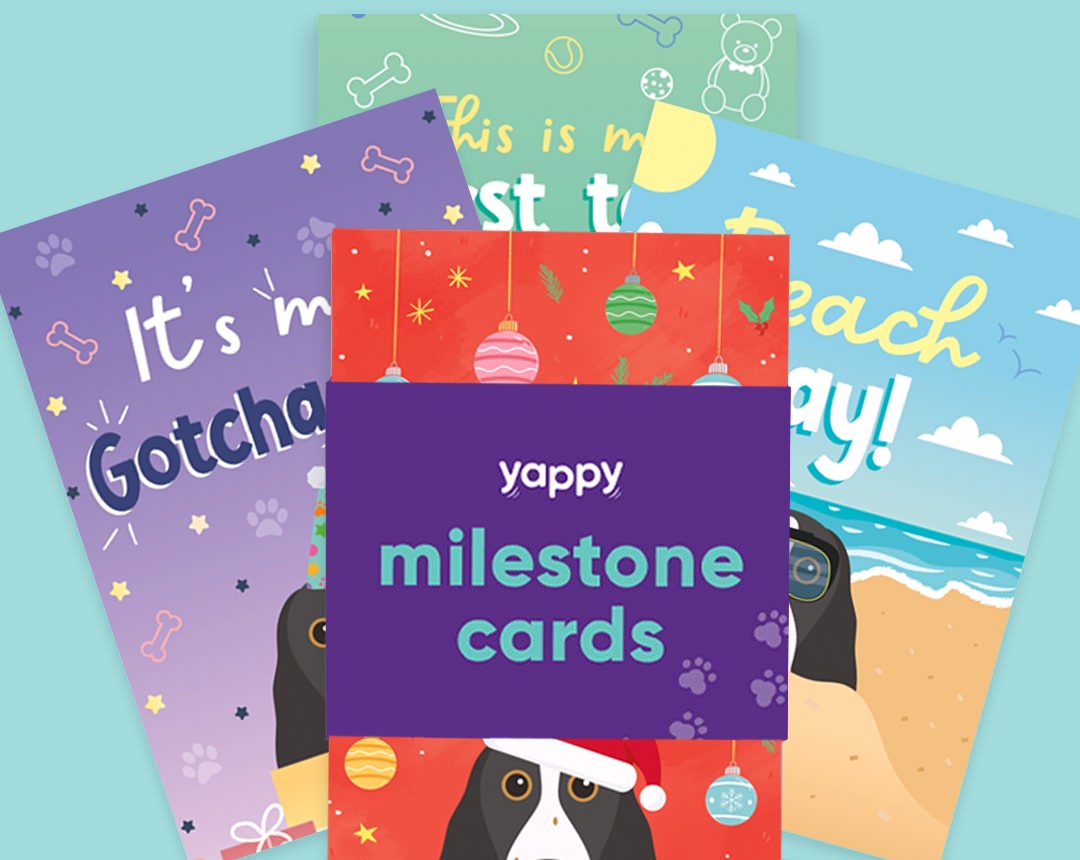 The Spaniel family have been around for quite some time and were mentioned in Welsh Law over 1,700 years ago! However, Springer Spaniel-type dogs were not portrayed until the 16th and 17th century in pieces of artwork and were used to flush game as gun dogs. In 1913, this breed was exported to Canada and in less than 10 years, the breed had become one of the most popular in the world. Because of these doggie’s history, they are excellent in competitions, particularly in agility, tracking and obedience contests. Because of this, English Springer Spaniel's require a lot of exercise and so need owners who lead active lifestyles that their doggies can take part in.

As this breed is very affectionate, these dogs can’t be left by themselves for long-periods of time and are extremely ‘hooman’-orientated -  they will even expect strangers to give them attention! This also makes them excellent therapy dogs, for those in nursing homes or hospitals, as they are bound to bring a smile to even the saddest face. For this reason, they make fantastic family pets, and also usually very well with children, especially if bought up from puppyhood. Additionally, English Springer Spaniel's normally will get on with other animals (meaning you can have even more dogs!), just be careful with smaller animals, such as birds – they are bred to hunt remember! Just make sure to give them plenty of training and things to do, as a lack of purpose can lead to unnecessary behaviour, such as excessive barking and digging. But overall, they are lovely pets sure to melt your heart.

The name Spaniel originates from Spain, which is where the Springer Spaniel is thought to come from. It is believed that they travelled across Europe with the Romans or with merchants. They certainly made it to the UK fairly early in history as Spaniels were mentioned in Welsh law codes as early as 300AD.

In the 14th century, a French aristocrat named Gaston de Foix, wrote the famous book on hunting Le Livre Chassewhich which describes highly skilled dogs that were used for flushing out and retrieving game on both land and water. It is believed that these were the ancestors of the Springer Spaniels we know today. In 1576, English doctor Dr John Caius described Spaniel dogs in his work Treatise of Englische Dogs, which described breeds by function, and dogs very similar to the modern Springer Spaniel are shown in artworks dating back to the 16th and 17th centuries. These early spaniels were firstly divided into Land and Water Spaniels, then later into Springer and Crouching spaniels. The Springer gained its name as they were used to ‘spring’ game - or flush it out - ready to be captured by hounds, nets or even hawks. So useful were these spaniels that the dogs continued to be used even when hunters changed to using guns.

In 1801, Sydenham Edwards wrote in his Cynographia Britannicathat the spaniel should be split into a further two separate breeds, the Springing Spaniel and the Cocking Spaniel, based on their size and, therefore, functions. At this time, both Springer and Cocker Spaniels were often born in the same litters, with the larger being used for flushing game and the smaller for retrieving woodcock.

It was in 1812 that breed enthusiasts began trying to produce a pure strain of the Springer Spaniel. The first dog, known as Mop 1, was bred in Shropshire by the Boughey family. Mop 1 more closely resembled a Clumber Spaniel rather than the modern Springer Spaniel, but formed the basis of generations of successful Springer Spaniels. At this point, Springer Spaniels were known as Norfolk Spaniels, and it wasn’t until 1900 that the term Springer came into use.

In January 1899 the Spaniel Club of England and the Sporting Spaniel Society held joint trials. It was in 1902 that a new breed standard was set, which combined both physical and working standards, which led to the acceptance of the breed by the Kennel Club. in 1903, they received a separate classification, and the first Challenge Certificates were awarded. The English Springer Spaniel Club was established in 1921. A number of kennels were formed and a number of these kennels, including Avendale, Laverstock, Horsford and Denne are still recognised as some of the most respected breeders of Springer Spaniels.

The American Kennel Club recognised the Springer Spaniel in 1910. The first Field Champion was crowned in 1914 although the the English Springer Spaniel Field Trial Association wasn’t founded until 1924. At that point, the same dogs could compete in both field competitions and shows. It was in the 1940s that the breed began to split into ‘working’ and ‘show’ types, with each focusing on their preferred characteristics. This separation remains today, with working strain Springer Spaniels tending to be smaller in size than the show strain. Both types remain popular pets today, and are also frequently found working as sniffer dogs with the police and armed forces.