Enter your dog's name, select an icon and you'll instantly see EVERYTHING personalised just for your Spanish Water Dog...
Get Started
or choose from over 300 breeds
or login to fetch your dogs
Choose your dog 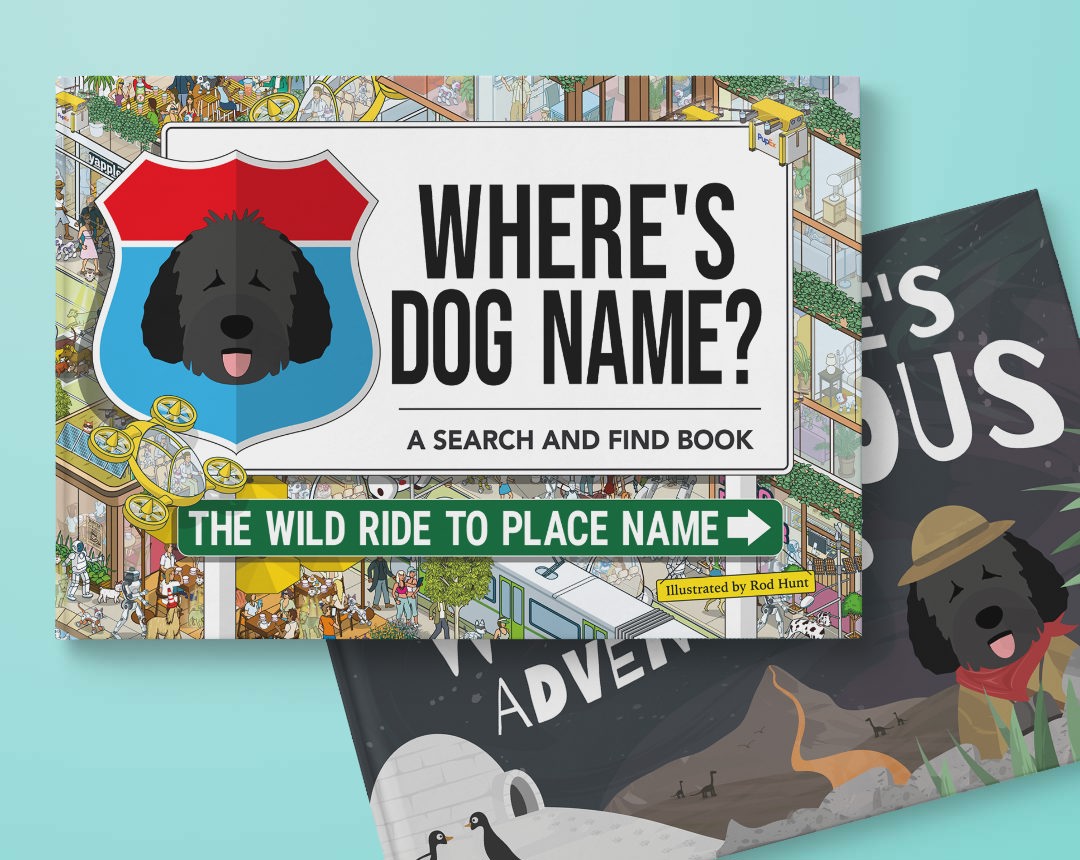 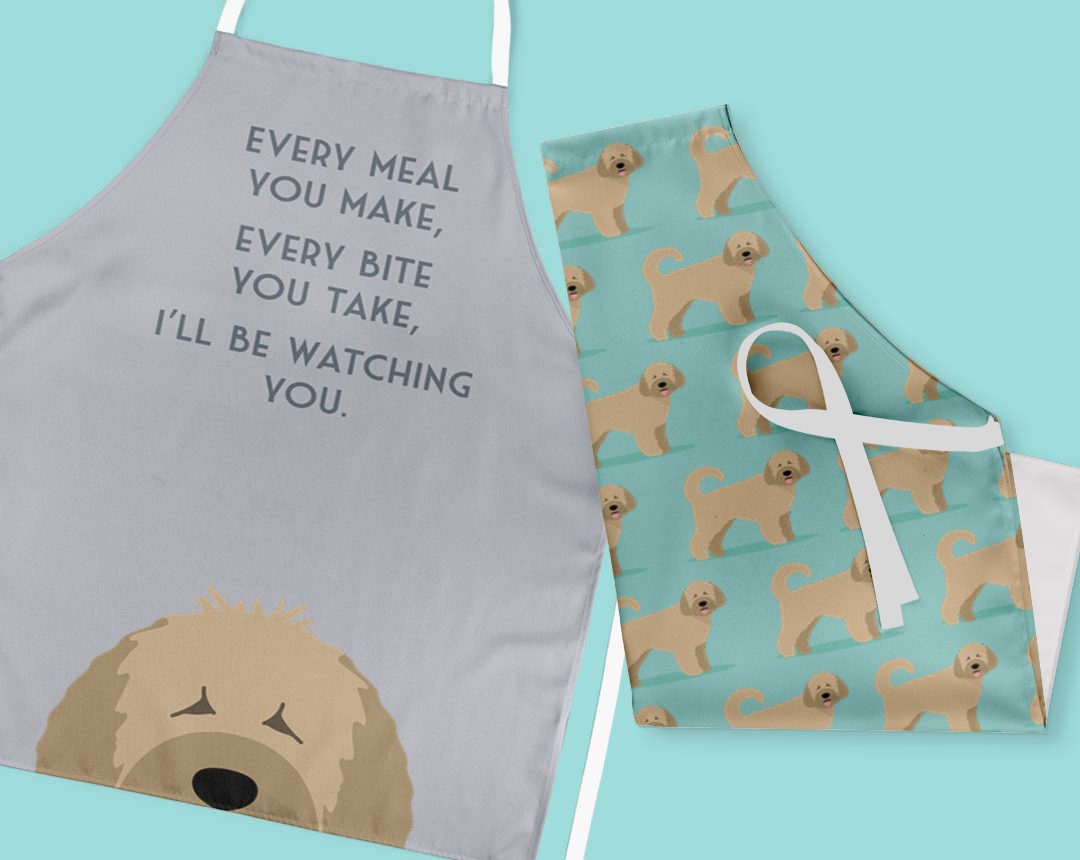 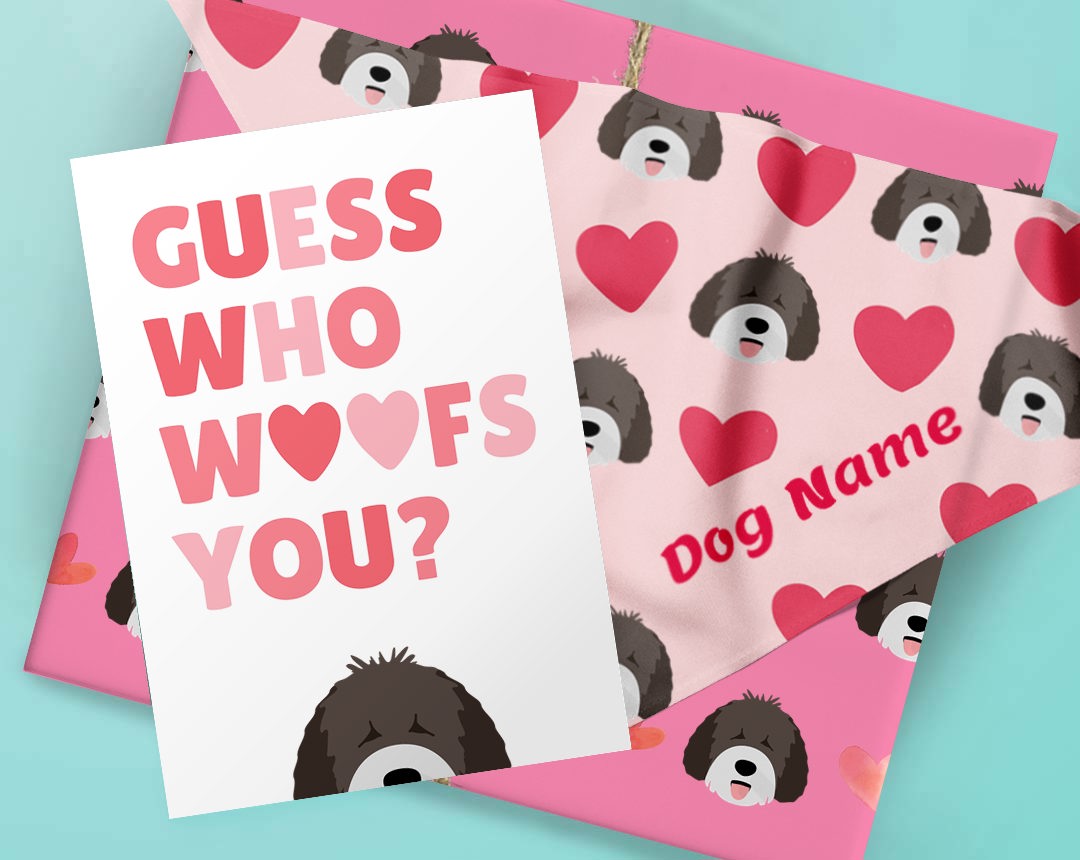 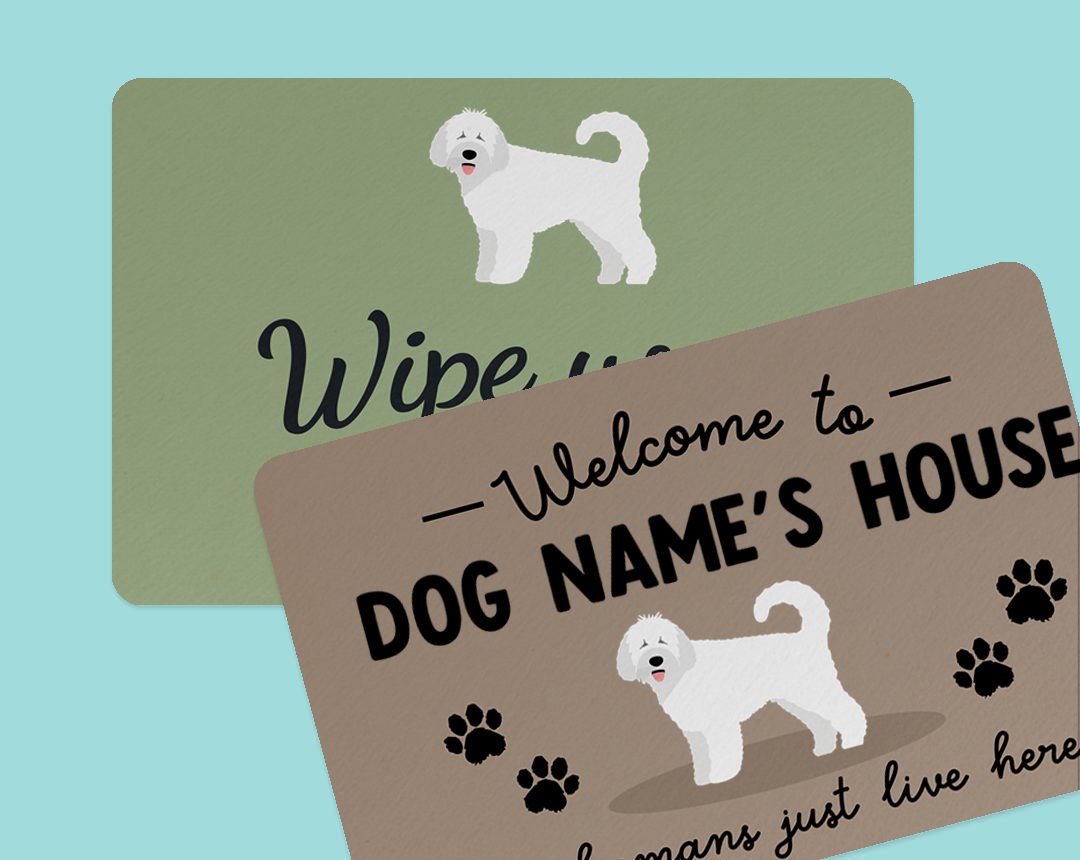 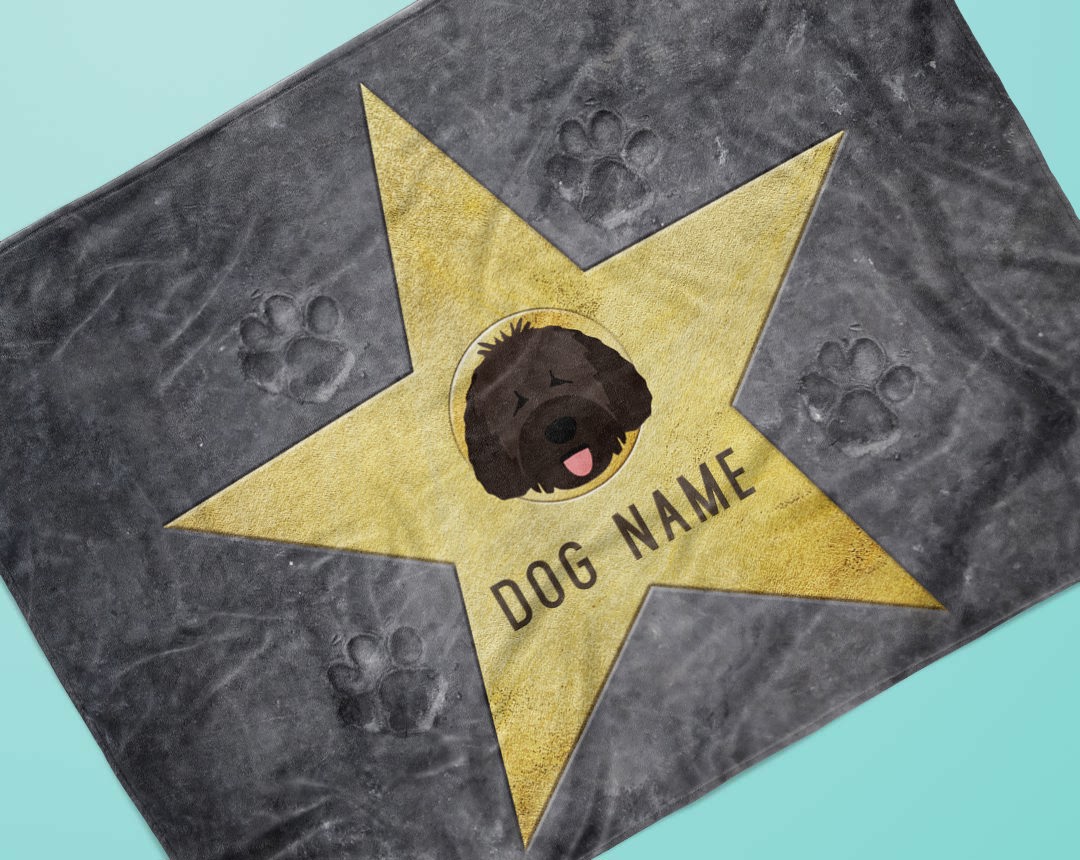 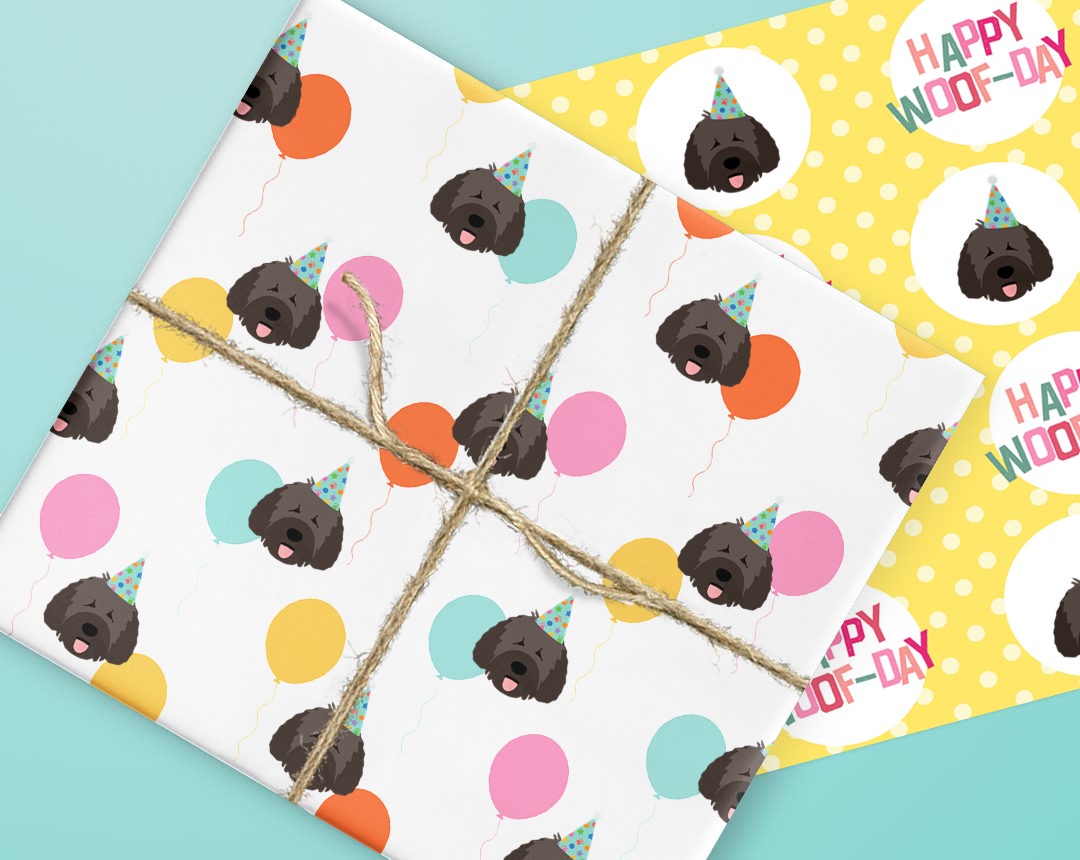 The history behind these doggies is essentially a mystery to all, although some believe that they may be one of the oldest breeds on the planet, dating back to the Middle Ages and potentially even Roman times! It's thought that they were probably bred to herd sheep in their native country of Spain, however they also proved themselves to be extremely good at retrieving both on land and in the water. Additionally, many believe the breed was used to create the Poodle and potentially even the Portuguese Water Dog. In 1975, breed enthusiasts travelled through southern Spain looking for doggies part of this breed to start a breeding programme with, which led to the water dog that we see today! They were officially recognised by the Spanish Kennel Club in 1985 and didn't arrive into the UK until 1992. Because of this, they are fairly rare within the UK and anyone wanting to share a home with one of these guys will have to register their interest with a breeder.

These doggies have a fantastic sense of smell, sight and sound and because of this they make fantastic working dogs who have a true passion for the outdoors. Additionally, they are a very intelligent breed but this doesn't mean that they are the best choice for first time owners. This is because they need to be handled and trained by individuals who have experience with sporting dogs. But if handled correctly, they can be fantastically obedient and are amazing at recall commands. Additionally, they form very strong bonds with their 'hoomans' and are very calm and well-natured around the home, making them lovely family pets!

The actual origins of the Spanish Water Dog are a bit of a mystery, but they are believed to be one of the oldest breeds on the planet with some people believing the breed could have existed as far back as the Middle Ages or even to Roman times. These handsome dogs were first bred to herd sheep in their native Spain, but they proved themselves to be extremely good at retrieving game on water and land too which soon led to them being highly prized in their native Spain.

It is thought the breed was created using the Poodle as one of its founding breeds and that the Portuguese Water Dog may even be related to the SWD and they may well share the same ancestry. In the Andalusian region of Southern Spain, the Spanish Water Dog was often referred to as the ‘Andalusian Turk’ as they were thought to have descended from animals brought to the country on boats from Turkey, although experts are keen to point out that there were colonies of SWDs in Spain before Turkish traders arrived in Spain.

It was not until 1975 that breed enthusiasts travelled through southern Spain in search of examples of the breed with an end goal being to establish a breeding programme. Their endeavours led to the creation of the Spanish Water Dog we see today. In 1985 the breed was officially recognised by the Spanish Kennel Club, although it wasn’t permanently recognised by the Fédération Cynologique Internationale for another 14 years. The breed did not arrive on British shores until 1992 and were recognised by The Kennel Club with more examples of the SWD being exhibited at dog shows today than ever before.