Enter your cat's name, select an icon and you'll instantly see EVERYTHING personalised just for your Abyssinian...
Get Started
or choose from over 50 breeds
or login to fetch your cats
Choose your cat 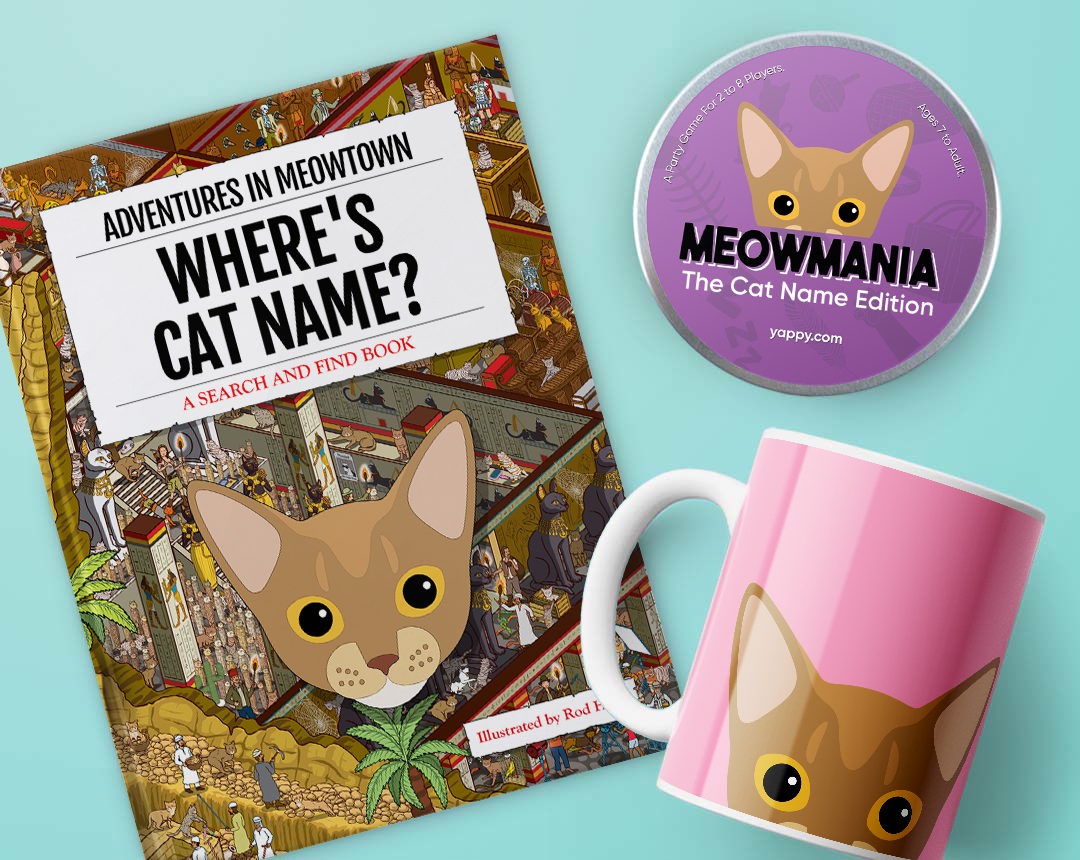 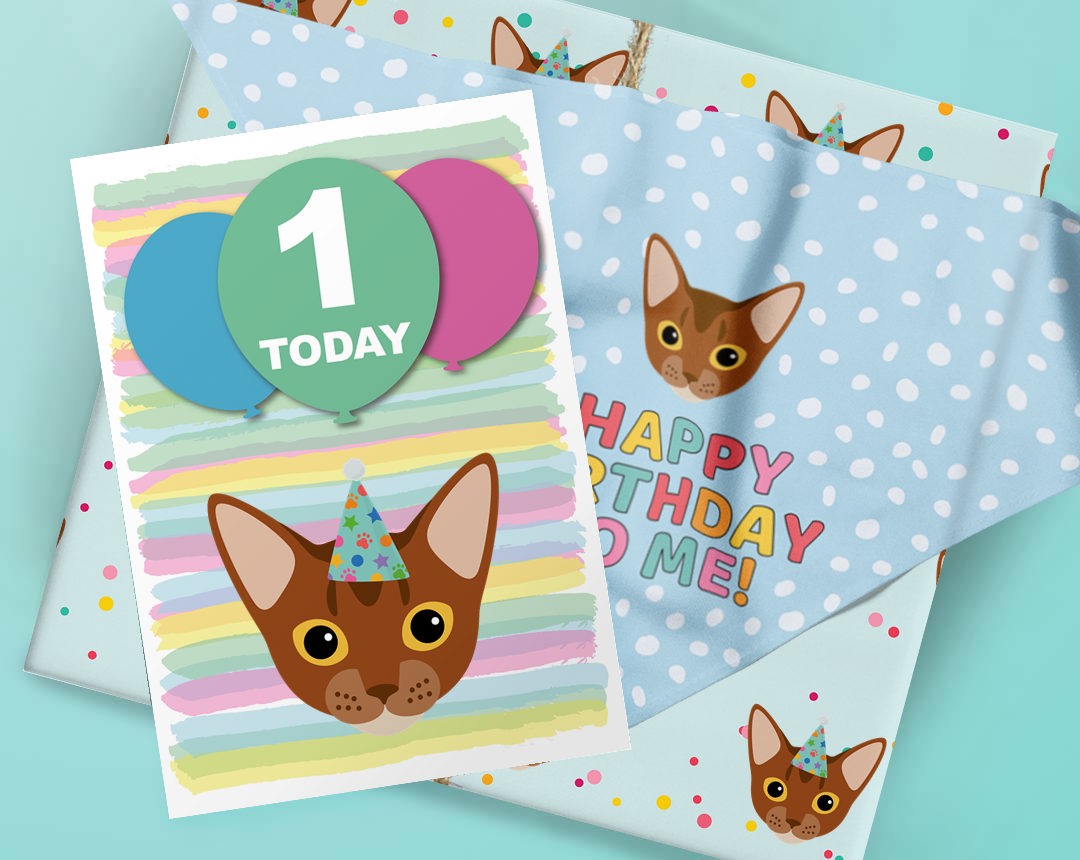 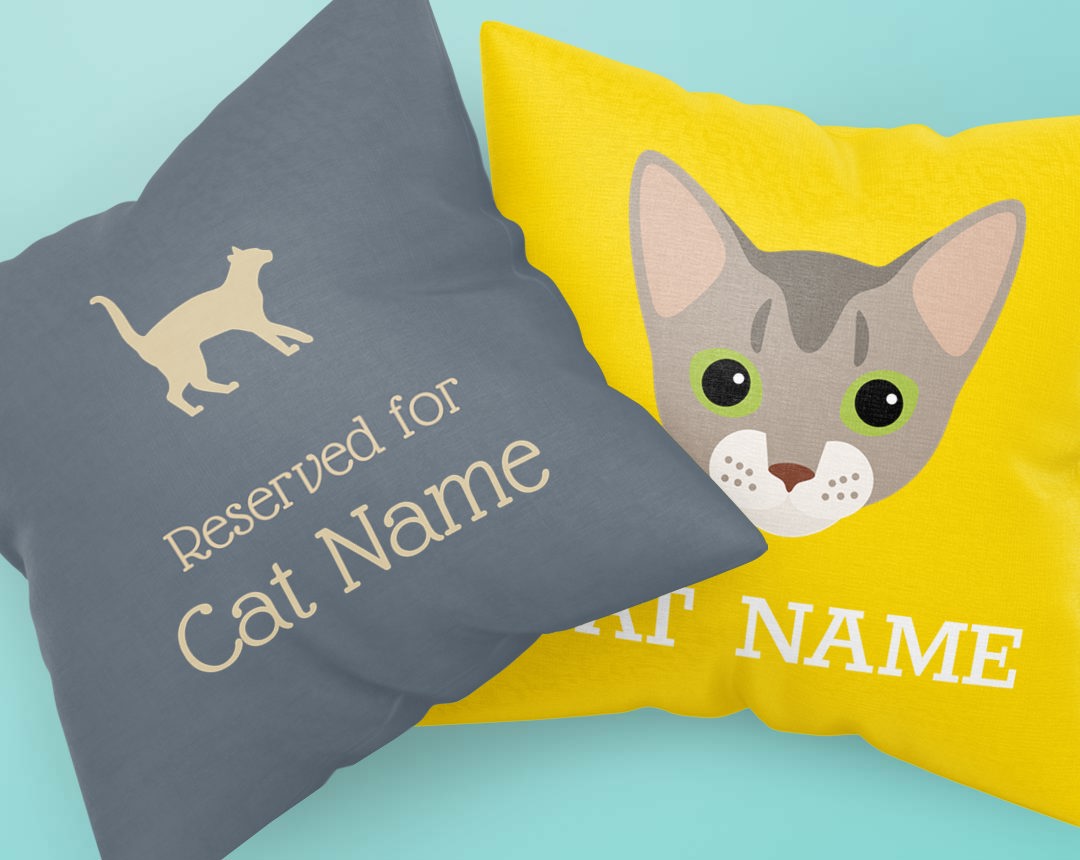 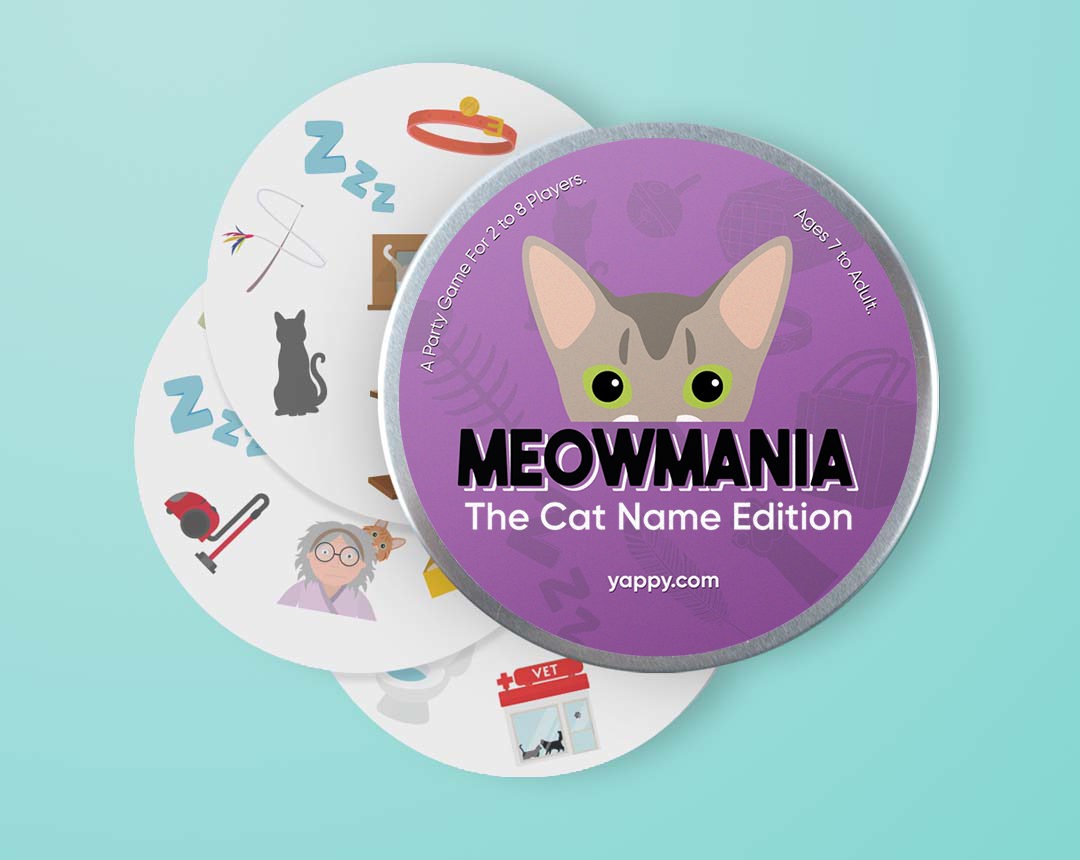 The Abyssinian Cat is well known for its slender frame and its large, expressive eyes. These cats are active and playful, yet are also affectionate and fairly easy to train. Inquisitive by nature, Abyssinians are highly intelligent and love to investigate every nook and cranny in their home; they’re sometimes called ‘Aby-grabbys’ due to the fact they tend to take things that grab their interest! Seemingly always jumping, climbing or playing, these cats do enjoy their downtime too, and will occasionally curl up to you on the sofa – just don’t mistake the Abyssinian for a lap cat! These cats are well suited to another Aby for company to keep up with their energy levels when their humans are away. As one of the most popular cat breeds, the Abyssinian is easy to care for and they're a joy to have in the home. These friendly cats love both their people and other animals. Fun Fact: Some call Abys ‘Cats from the Blue Nile’, as they believe they’re the sacred cat of Egyptian Pharaohs!
These active cats are easy to care of and are wonderful for first-time cat owners. While they love to be busy, the Abyssinian will happily play with their own toys for a full afternoon. Then, just like that, they’ll want to play with their humans or other pets for more interactive fun. These cats enjoy the company of others and like to show their affection with a soft purr – however, they’re more likely to be roaming around the house than sitting in their human's lap! A fairly quiet cat, this intelligent and curious kitty mostly enjoys space and activity – not to mention something tall to climb! While these cats are playful, they aren’t particularly reckless and so make a wonderful addition to the home.
While the Abyssinian may have slinked right out of the Nile Valley (due to their Cleopatra, or Cleo-cat-ra vibes), this cat is distinctly British! The story of the Abyssinian breed takes us back to 1860, when Lord Robert Napier brought a cat home with him to England, after a trip to Abyssinia. This cat was called Zulu. The locals particularly loved Zulu due to his colouring, as it reminded them of the camouflage pattern on the coat of a wild rabbit in the area. Due to Zulu’s desirable traits – especially his colour pattern – he was bred with random cats who happened to share similar traits and the Abyssinian breed was created, and the breed quickly spread through Europe. Unfortunately, like many other cat and dog breeds, the arrival of World War II almost devastated the entire Abyssinian breed. However, as this breed had safely made its way to American and Canada by then, the early population of the Abyssinian is what saved the breed. New Abyssinians were imported, and the breed continued to flourish. In the late 1960s, when the feline leukaemia virus almost destroyed Abyssinians in Britain, more Abyssinians were brought back to British to repopulate the breed again.