Enter your dog's name, select an icon and you'll instantly see EVERYTHING personalized just for your Tibetan Mastiff...
Get Started
or choose from over 300 breeds
or login to fetch your dogs
Choose your dog 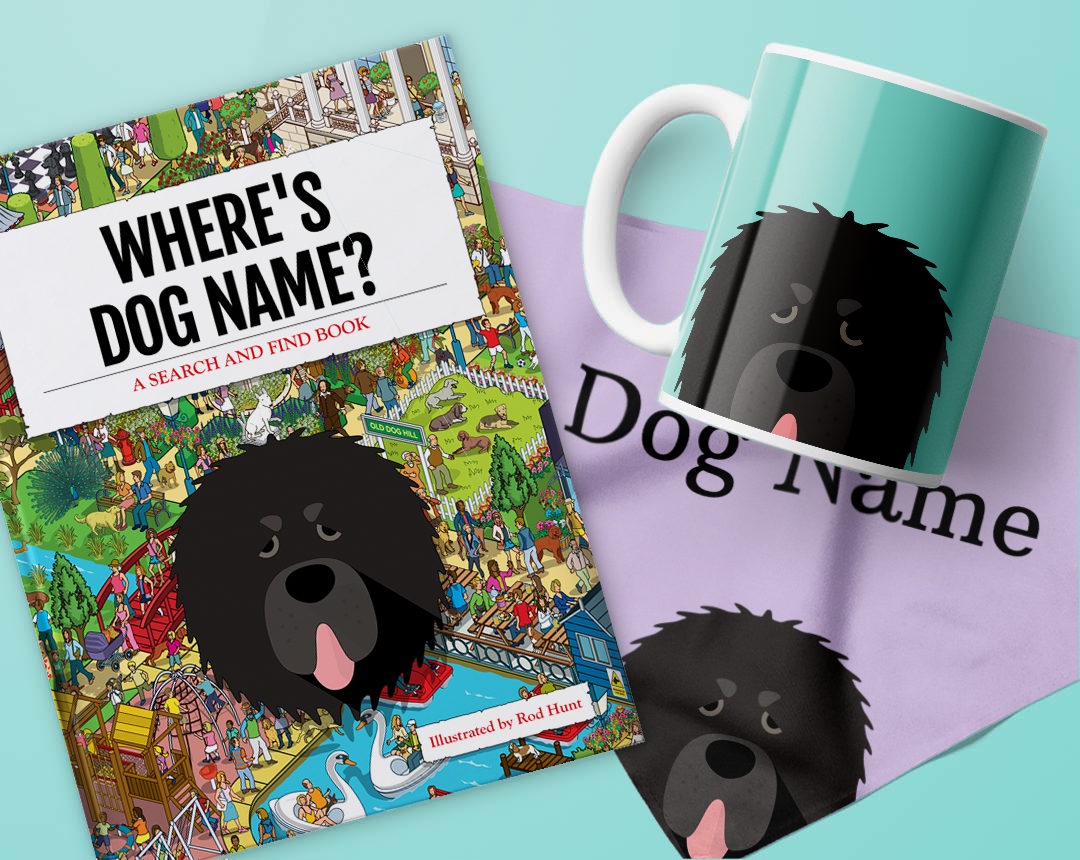 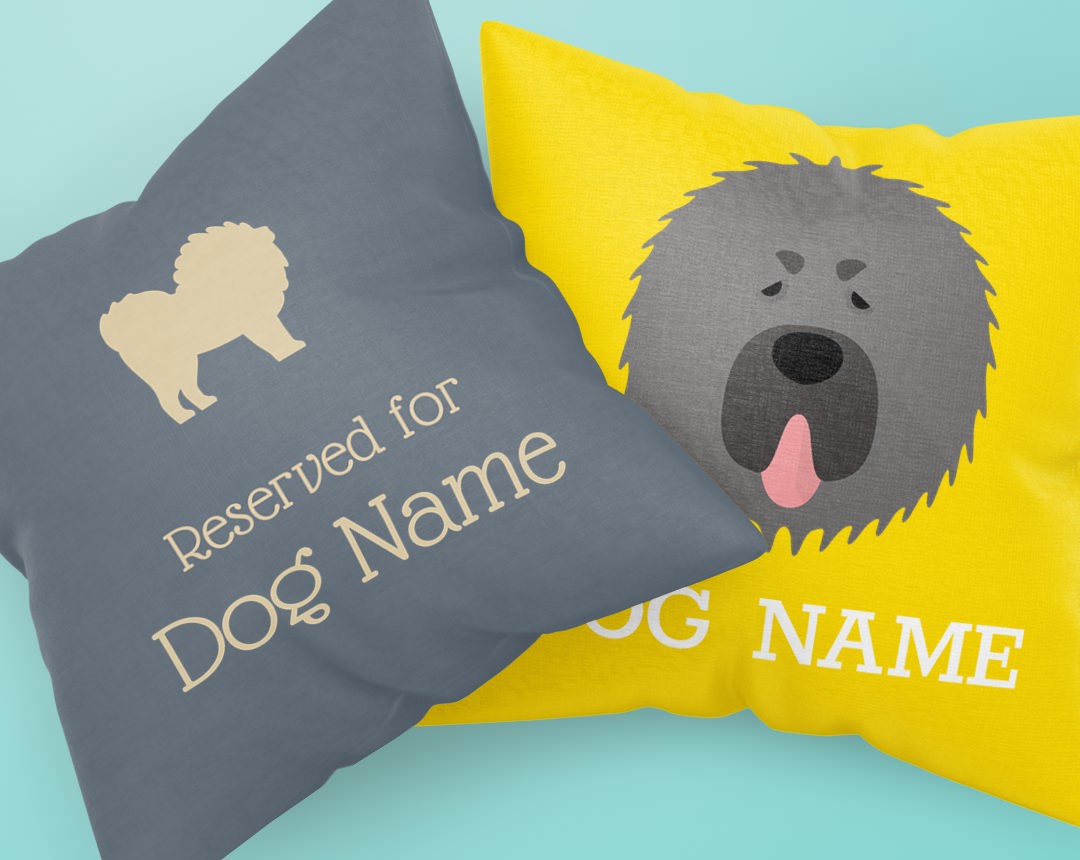 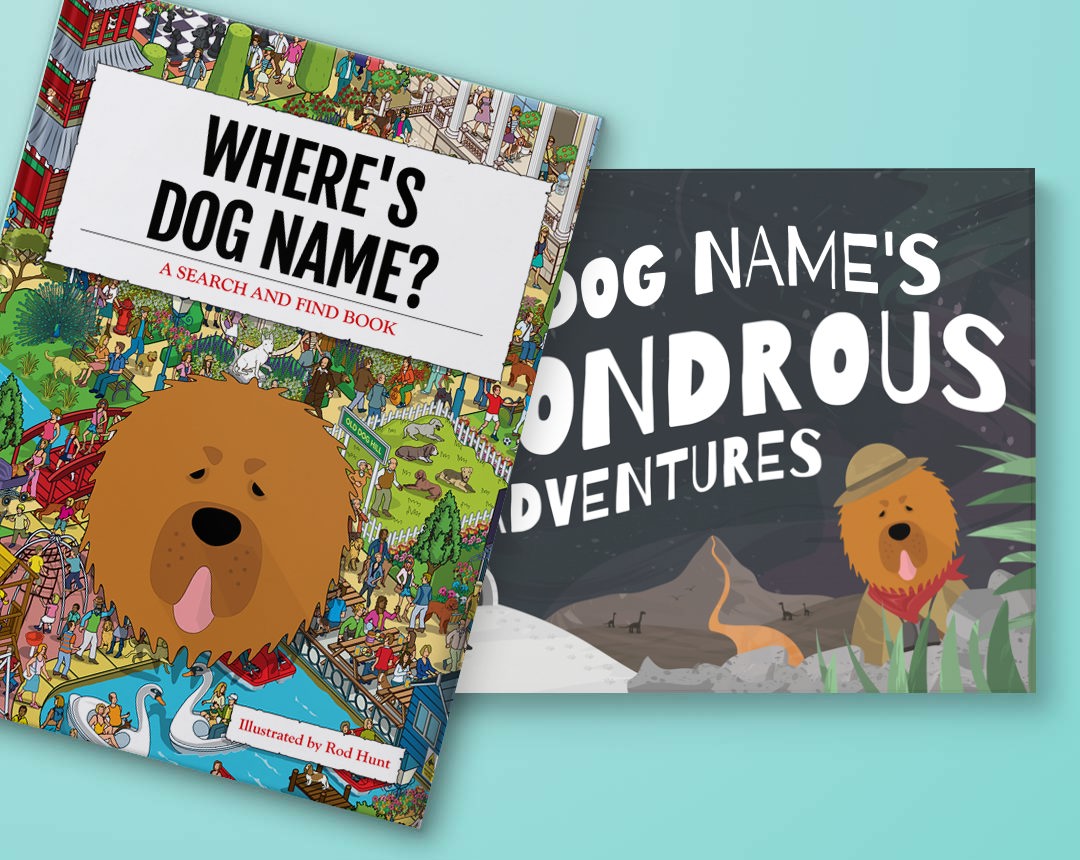 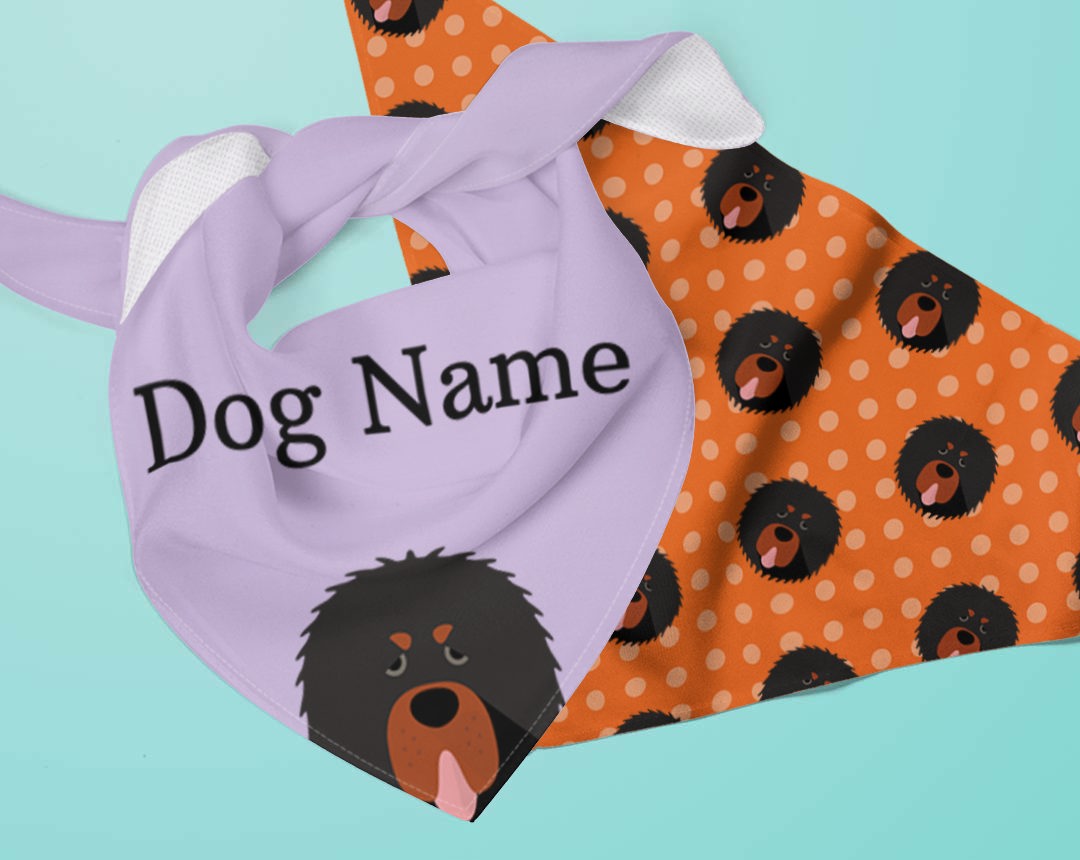 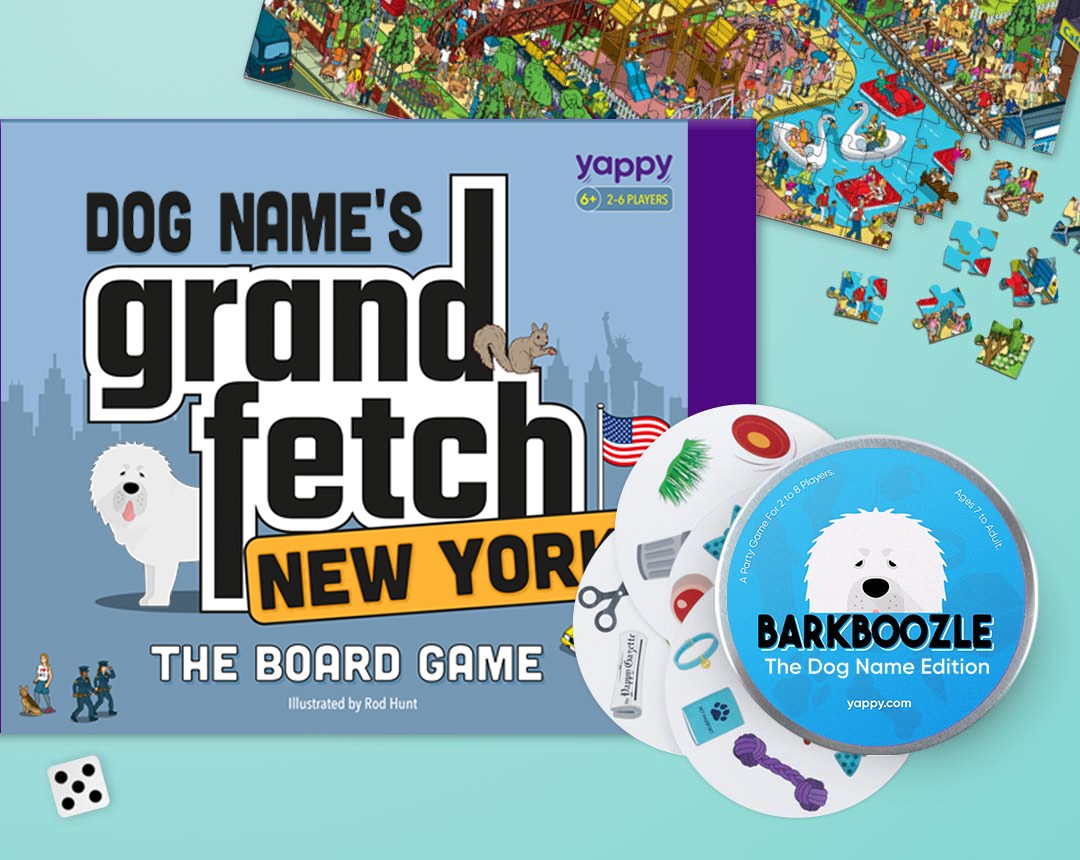 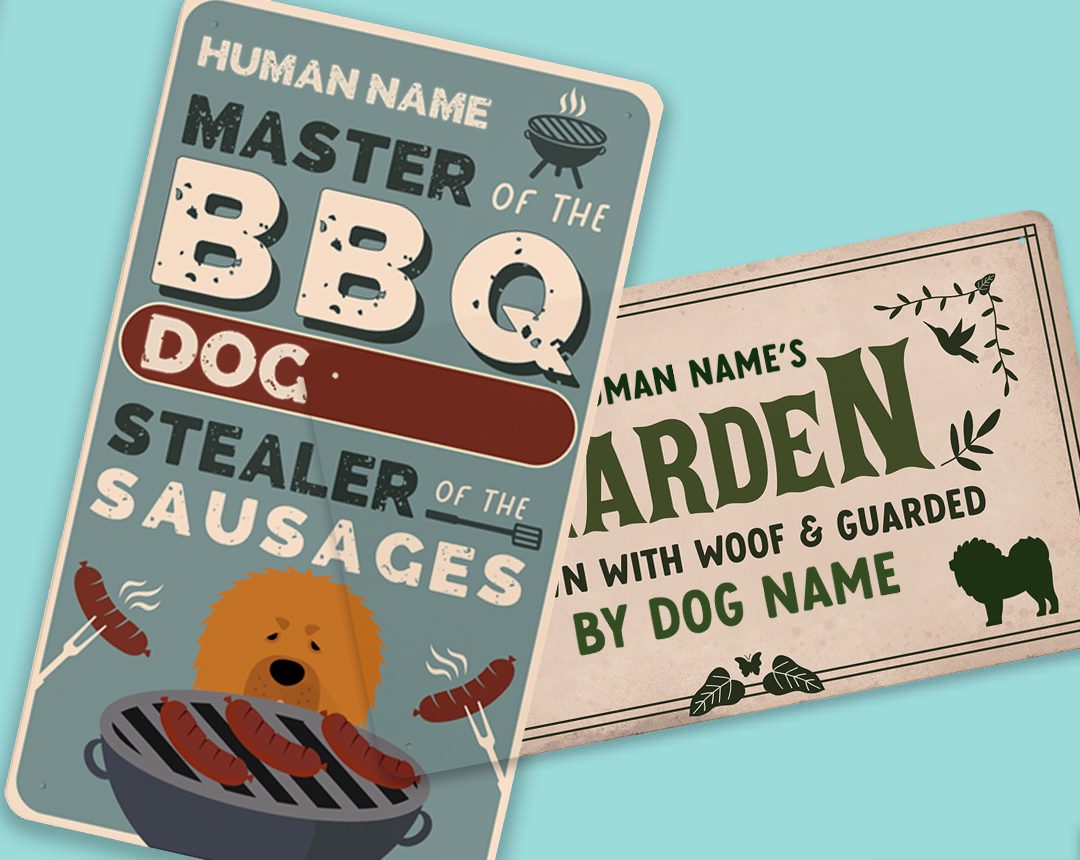 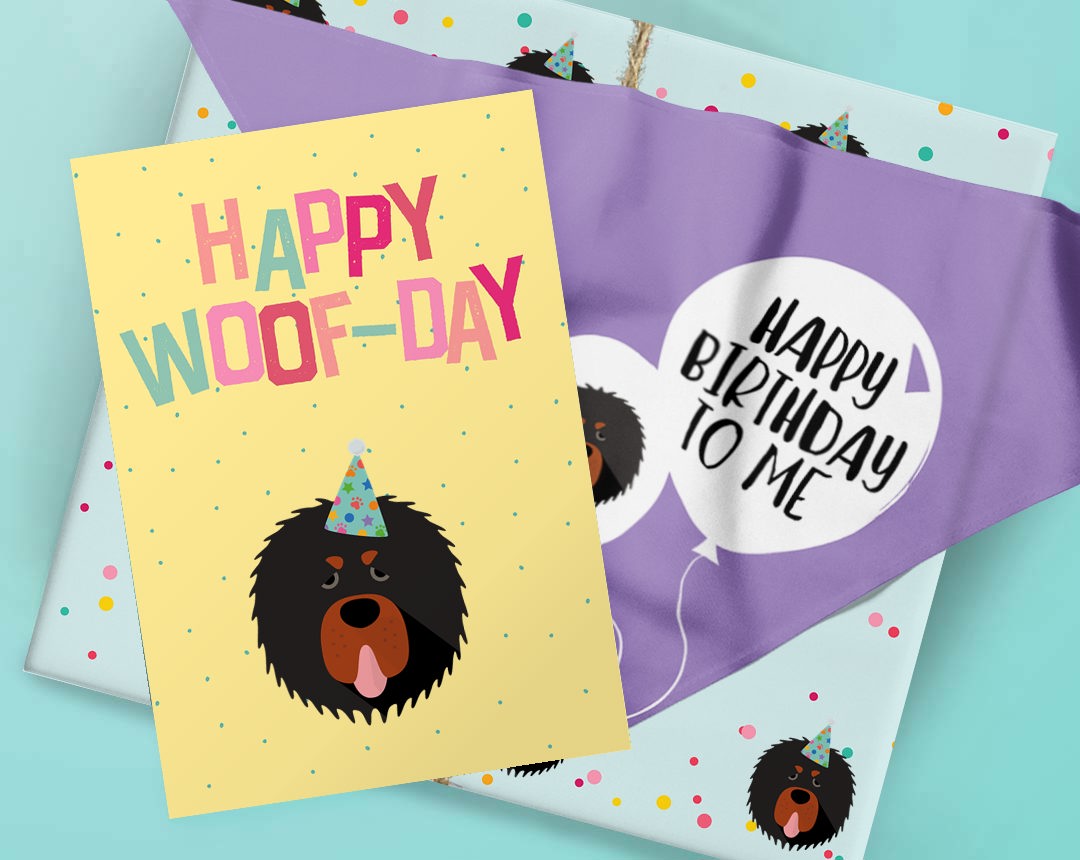 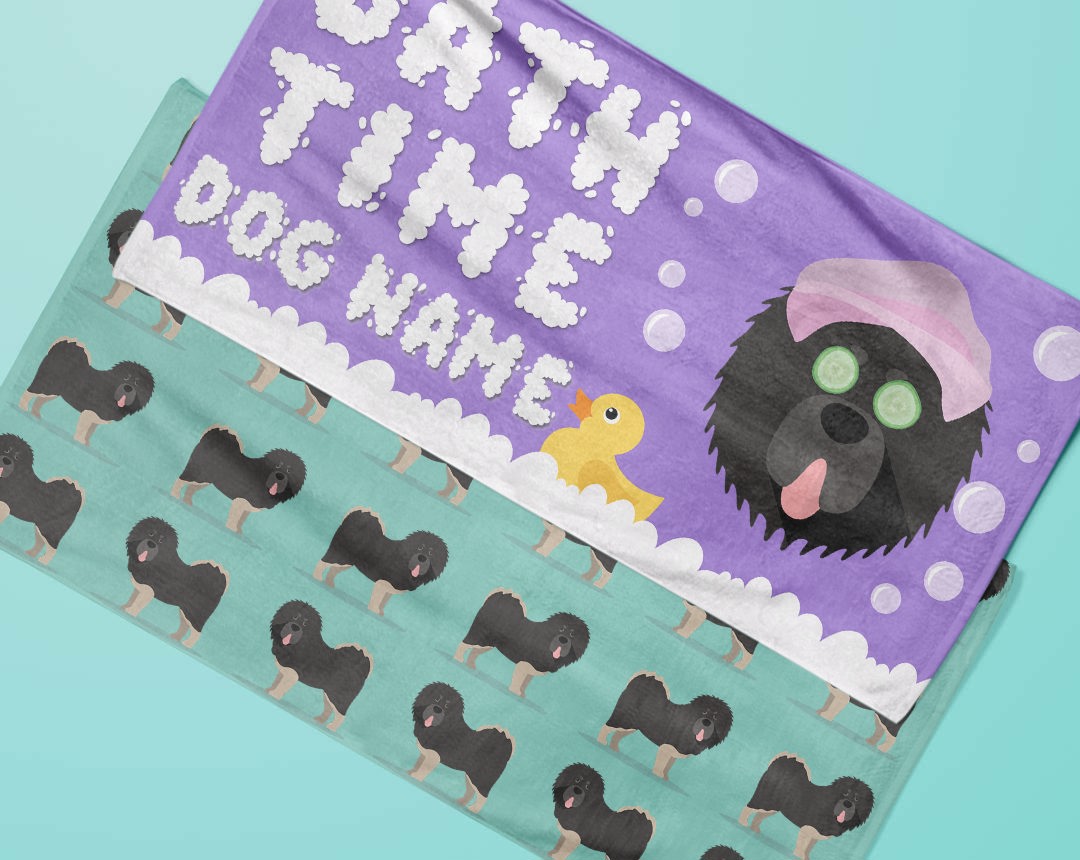 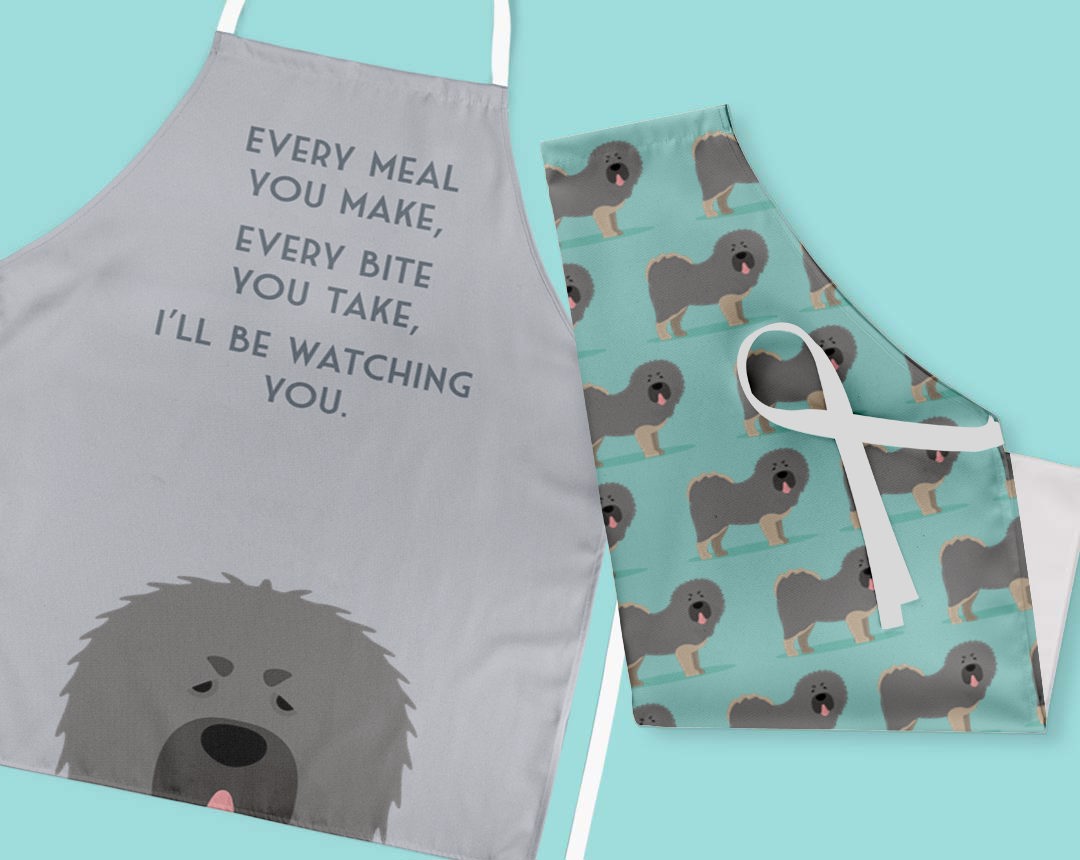 Intelligent and reserved, the Tibetan Mastiff originated from Tibet and is considered to be one of the most ancient breeds worldwide. There are Stone Age cave drawings in the Himalayas that prove that this giant dog’s ancestors have been around for thousands of years. Their original purpose was to guard and protect, and still very much provide exceptional protection against intruders. The breed is impressive in size and is described as a watchful but aloof guardian. With their kind expression, the Tibetan Mastiff also makes a great companion to those they feel loyal to. This large breed’s strong connection to their guarding instincts will often make them wary with strangers, although constant training will help to curb these behaviors. The thick, water-repellent coat makes for a moderately simple grooming routine. Daily brushing is considered ideal to help with the upkeep of dead hairs. This canine has a moderate energy level and it is important to provide efficient mental and physical stimulation to allow for the personality of this giant breed to shine through. An owner requires patience when it comes to training but the eager, loveable mannerisms of this canine will make the obedience classes enjoyable for both dog and handler.

These dogs need plenty of socialization and training and must be handled by experienced owners, meaning they don't make the best choice for first time owners. Additionally, they are very loyal and protective over both their families and homes. They must be told their place in the pack to stop them trying to become alpha male as this could lead to a very difficult life! They are very quiet and calm so could well suit a family with children, so long as there is mutual respect. They form strong bonds with their families and will do all they can to protect them from threats, though it is rare that they ever act aggressively towards anyone or anything. They make lovely pets for the right family.

The Tibetan Mastiff has a long documented history worldwide. For instance, there are early written accounts from China in 1100 BC. Their ancestors are thought to have traveled with the Assyrians, Persians, Greeks, and Romans. They have long been considered the guardian dog of Tibet. The genetic heritage of this great breed is foggy and much is unknown as to how this mastiff originated. There are rumors of this massive dog ranging back to the BC era, but much documentation did not become known until the 1700s. In 1847, Lord Hardinge of India sent a Tibetan Mastiff to England. In 1873, the Kennel Club was formed with the first Stud Book containing pedigrees of 4,027 dogs. The Tibetan Mastiff was officially declared as such for the first time. They are considered to have been developed from basic stock from which modern working breeds such as mastiffs and mountain dogs were developed. Unfortunately, there is not a lot of information available regarding the breed. In 1874, an additional two dogs were imported into England by the Prince of Wales and exhibited at the Alexandra Palace Show. After the show and through 1928, there were a few more imports into Europe. In 1928, Hon. Colonel and Mrs. Bailey took charge of four dogs of the breed and in 1931, Mrs. Bailey founded the Tibetan Breeds Association. At this point, the dog had its first official standard for the breed. In the late 1950s, President Eisenhower inherited two of the dogs from Tibet, which were then taken to a farm in the Midwest. Additional imports of these mighty canines occurred in the United States. The American Tibetan Mastiff Association was founded in 1974. In 2007, the breed became officially recognized by the American Kennel Club.