Enter your dog's name, select an icon and you'll instantly see EVERYTHING personalized just for your Shar Pei...
Get Started
or choose from over 300 breeds
or login to fetch your dogs
Choose your dog 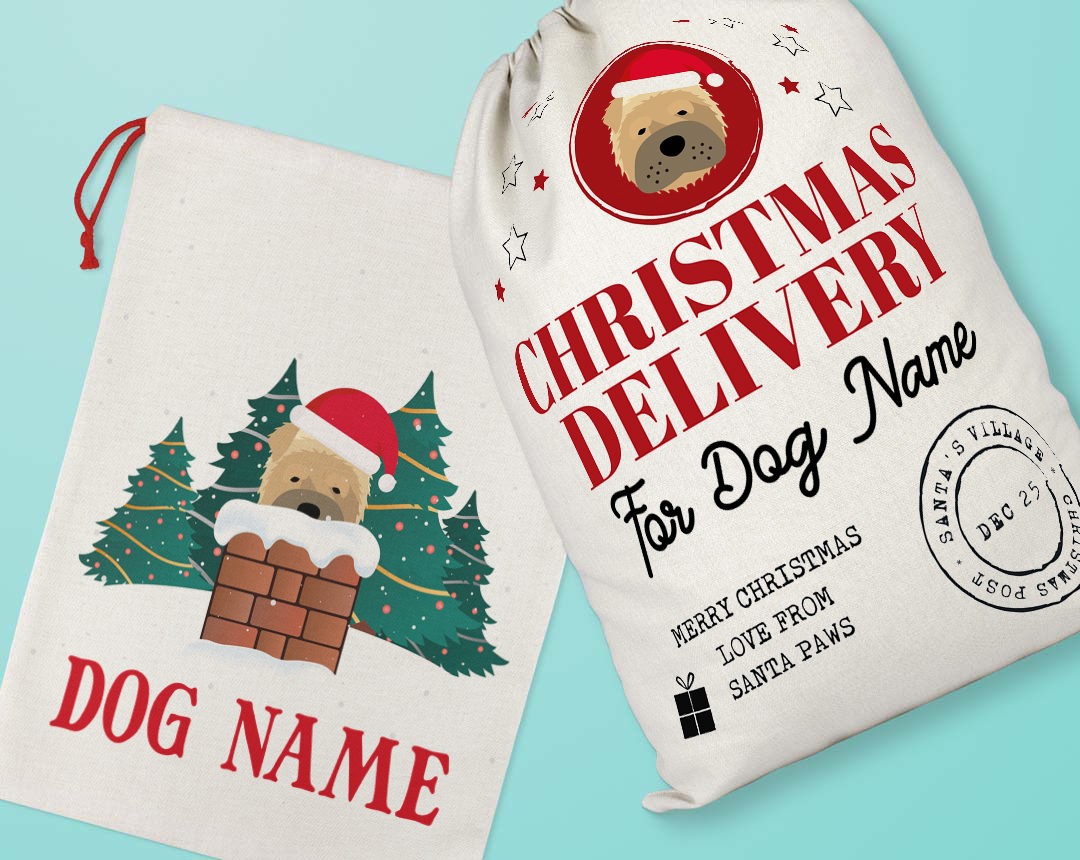 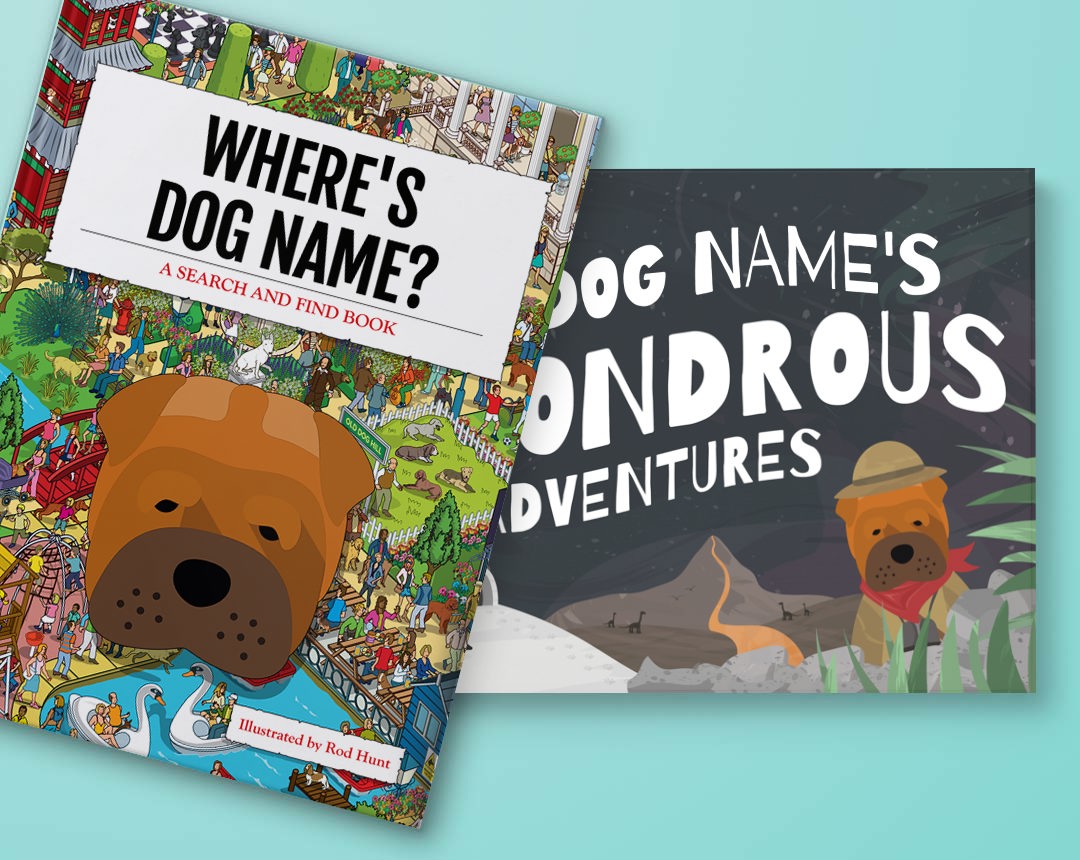 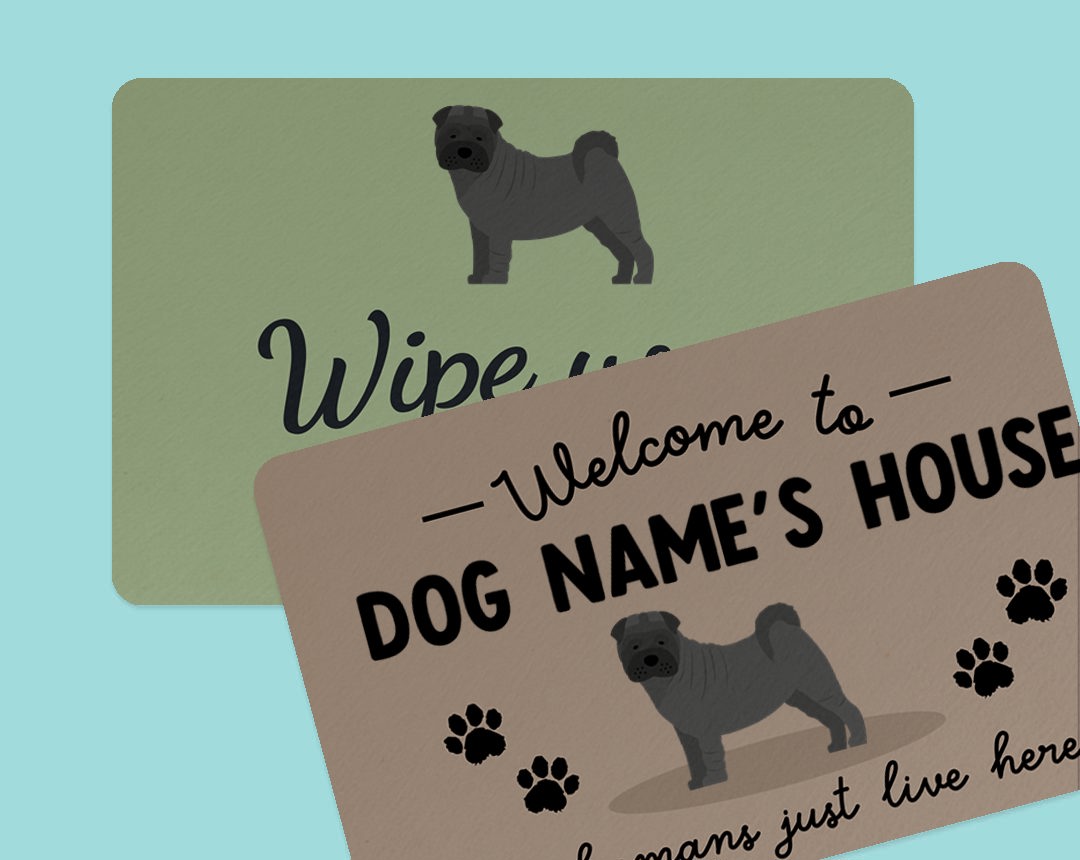 The Chinese Shar-Pei is a large dog marked by their wrinkled head and face. They weigh an average of sixty pounds and stand at about twenty inches high. This interesting looking pup may be a descendant of the Chow-Chow; both dogs have a blue-black tongue. Some people often confuse the two breeds. We do know the Chinese Shar-Pei was a farm dog used by the Chinese for hunting, tracking, herding, protecting stock, and as a guard dog. Unfortunately, some owners used this strong canine in dogfighting as it was believed that their wrinkly skin and prickly coat made them harder for the other dog to grab on to. The breed almost became extinct during the Communist Revolution; however, with the help of a Hong Kong businessman, Americans became interested in the breed. The American Kennel Club accepted the dog as a recognized breed in 1992, and now this curious pup one of the most recognized breeds in the United States.
Intelligent, playful, active, and courageous, these furry companions are also quite dominant. Handlers should work to establish consistent leadership early on in the relationship. These canines are easygoing and calm. They are also good watchdogs because they are so devoted to their masters. They may or may not take commands from other family members (other than their primary handler) if the family member appears to be too uncertain, soft, or mild in the opinion of the dog. Masters or handlers must be extremely consistent and firm with their charge. Because they tend to be dominant, they will try to “take over” if they feel the human handler is not authoritative enough. Fortunately, the Chinese Shar-Pei is one of the easier breeds to housebreak; however, they are not fond of water. Raised with cats and children, this dog will accept them into their family group with no problems. Strong willed, they must be socialized with other dogs from an early age; they tend to be dominant in dog relationships.
Believed to be a descendant of the Chow-Chow because of their blue-black tongue, the Chinese Shar-Pei is found pictured on pottery dating back to 206 B.C. Strong and hardworking, they were used in hunting, guarding the family, herding livestock, and as ratters. They had great endurance and could work all day alongside their masters. The Chinese believed that the wrinkles and dark mouth of this canine warded off evil spirits. Once near extinction, the Chinese Shar-Pei (meaning sandy coat) was accepted by the American Kennel Club as a recognized breed in 1992, an event which helped spur the proliferation of the breed. There are now over 70,000 dogs registered with the AKC as foundation stock. These dogs have characteristics of old ingrained in their instincts. They are extremely loyal and they are great watchdogs. Human handlers must establish that they are in control; if a Chinese Shar-Pei views the handler as “soft” or “inconsistent,” they will try to become “the boss.” It is of the utmost importance that the handler establishes a consistent leadership role.