Enter your dog's name, select an icon and you'll instantly see EVERYTHING personalized just for your Border Terrier...
Get Started
or choose from over 300 breeds
or login to fetch your dogs
Choose your dog 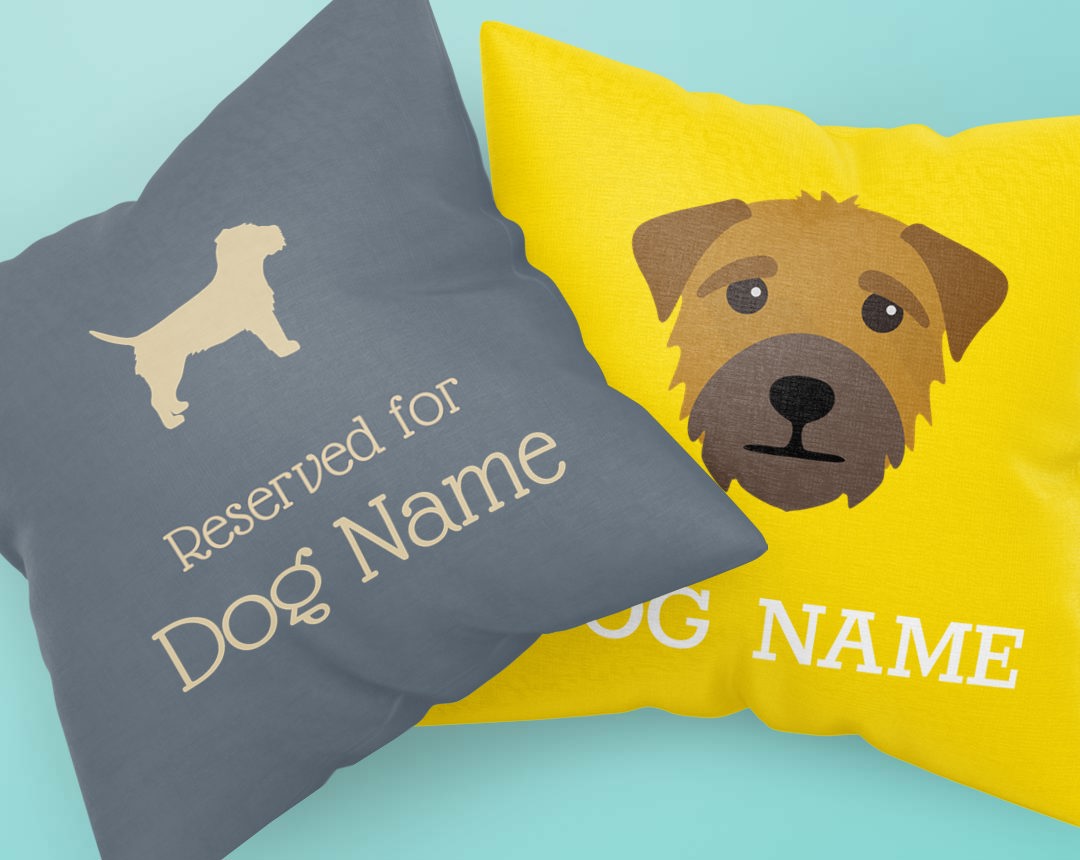 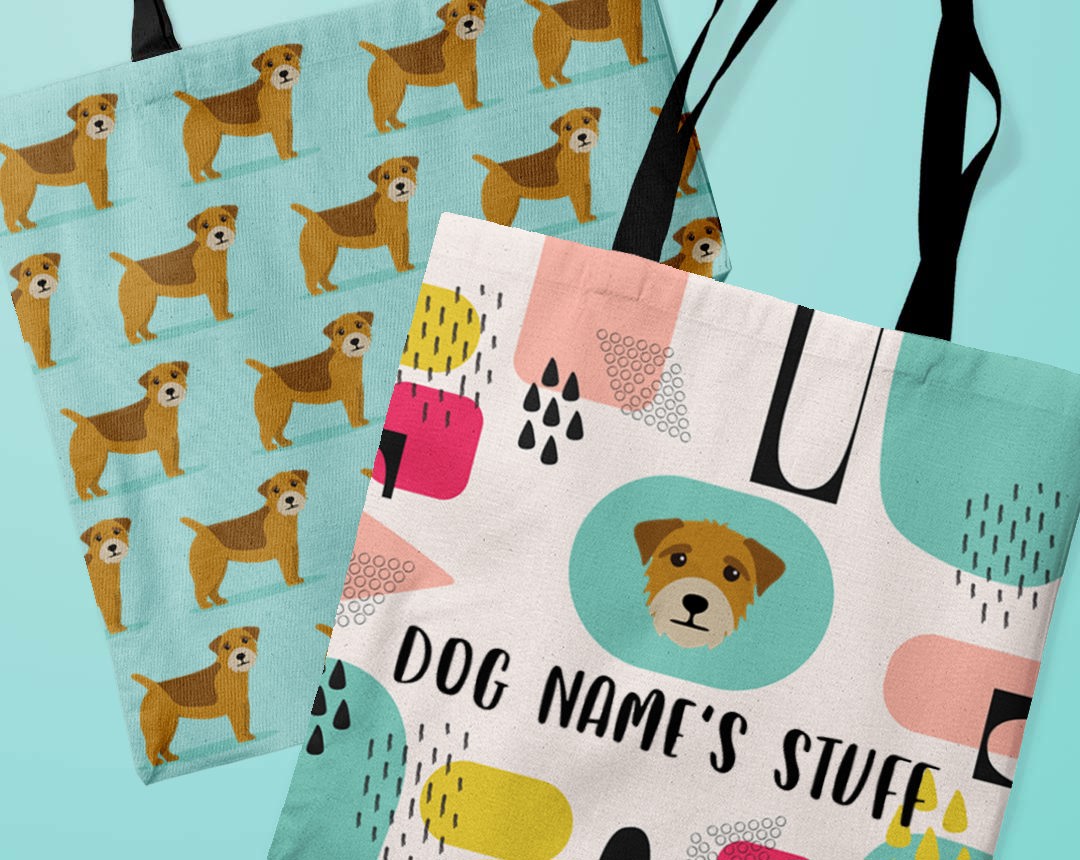 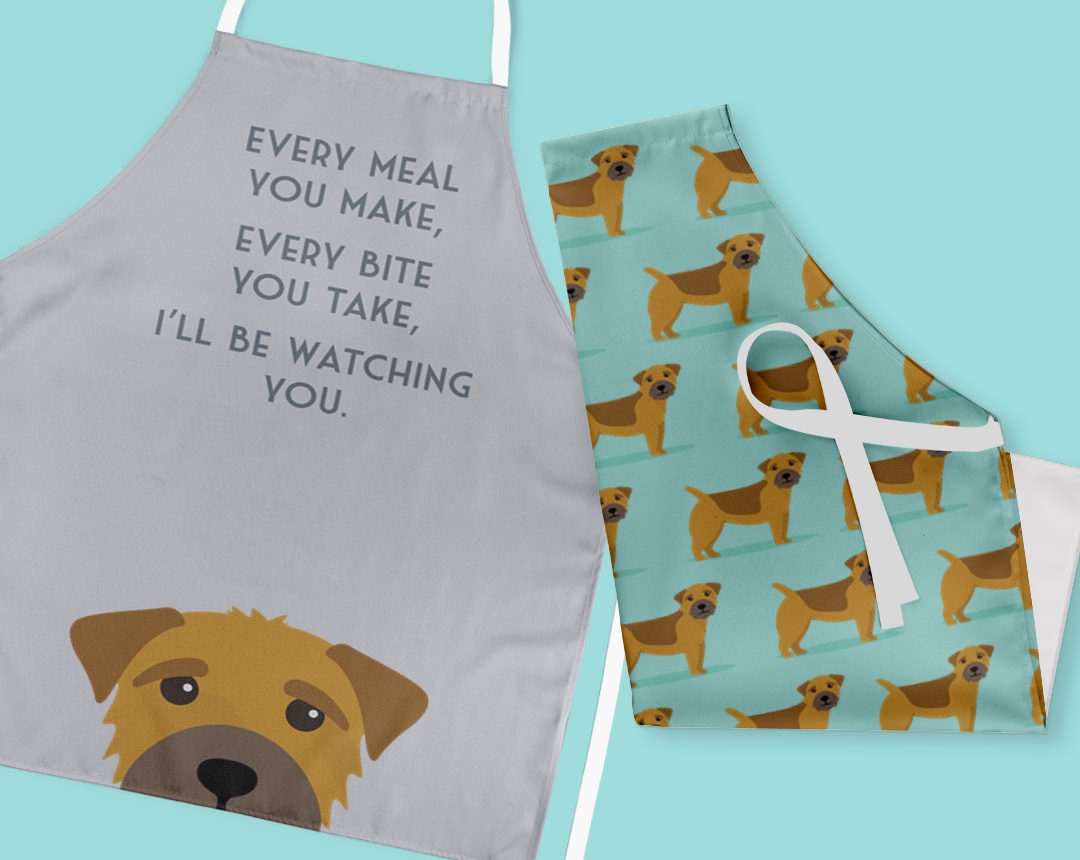 As this breeds name may suggest, they originated from the Border between Scotland and England during the 18th century, in fact the earliest recorded image we have is a painting, by Arthur Wentworth of two Border Terriers from 1754. These little pups’ main purposes were to end the battle between Farmers and Foxes. Their small bodies allowed them to squeeze through gaps and into holes in order to flush out Foxes. Although a popular little dog in England, little of the dog was known beyond these borders until 2017 where they were eventually recognized by the American Kennel Club. In fact, many ‘hoomans’ hope that the dog breed remains relatively unknown, in order to protect them from the consequences of ‘over-popularity’.

Small and mighty, Border Terrier's are known for their fearless and relentless nature. For some, they may not make the best pet as they have high energy and a powerful drive to hunt and dig (say goodbye to your flower beds!). However, they have very cheerful personalities and are extremely intelligent and loyal dogs. They’re best suited to ‘hooman’ families who do lots of activities, like walking and running, so that they can join in, otherwise they will become bored and it may result in your home being completely ruined! Make sure you also have a sturdy fence as their high-prey drive is likely to lead them into the middle of the road. However, this breed gets on really well with all types of ‘hooman’ child, owner or stranger, everyone is welcome!

The Border Terrier is so named because it originated from the English-Scottish border, during the 18th century. The breed was originally known as the Coquetdale Terrier or the Redesdale Terrier, depending on whereabouts they were bred. They are one of the oldest native terriers of the UK, and share their ancestry with other breeds from that region, including the Dandie Dinmont, Bedlington, and Patterdale Terrier.

The Border Terriers were bred to be strong, robust terriers that farmers and shepherds used to keep foxes under control and cope with the harsh weather. Their long, narrow and flexible frame was ideal for squeezing through narrow holes, while their rough, weather resistant coat, and thick loose skin helped prevent their prey being able to pierce their skin when in combat.

In the 19th century, fox hunting became popular, and the breed adapted to become a valuable hunting dog. The stamina of the Border Terrier, combined with the relative length of their legs, meant that they could follow the hunt for great distances, tracking foxes. Once the fox went to ground, the dog would flush them out of their lairs, battling them in close quarters if necessary.