Enter your dog's name, select an icon and you'll instantly see EVERYTHING personalized just for your West Highland White Terrier...
Get Started
or choose from over 300 breeds
or login to fetch your dogs
Choose your dog 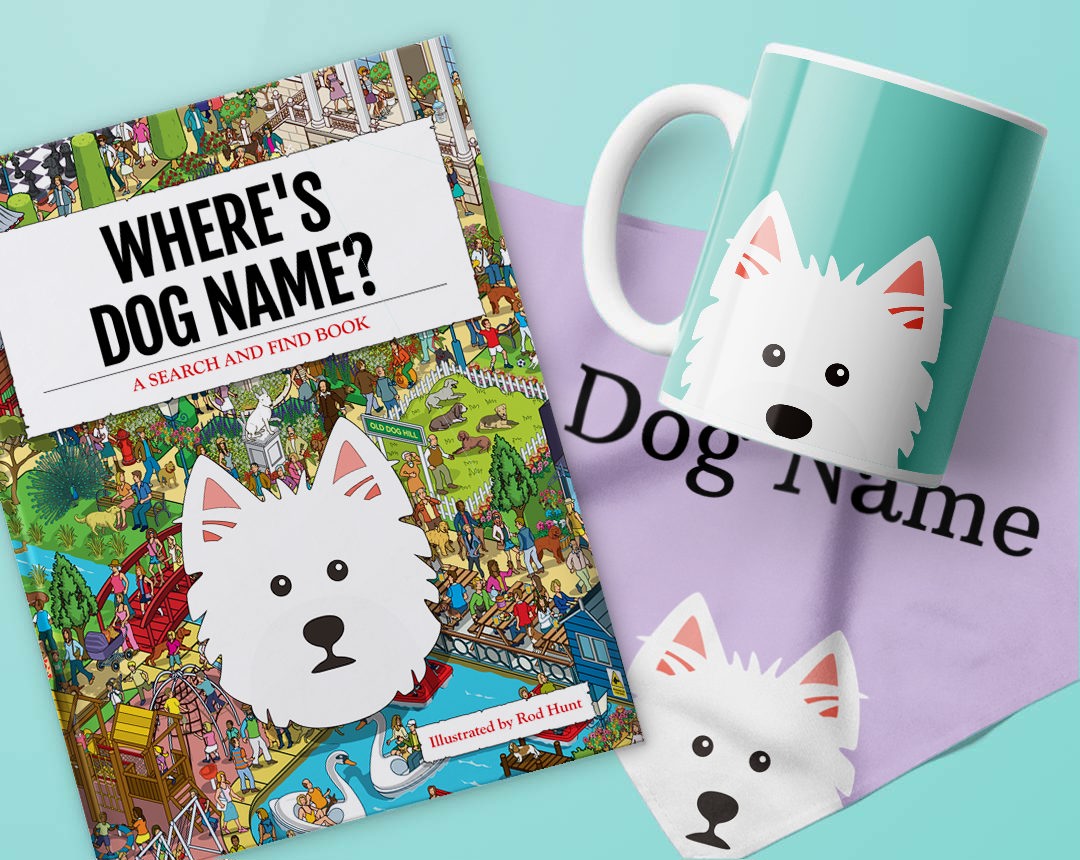 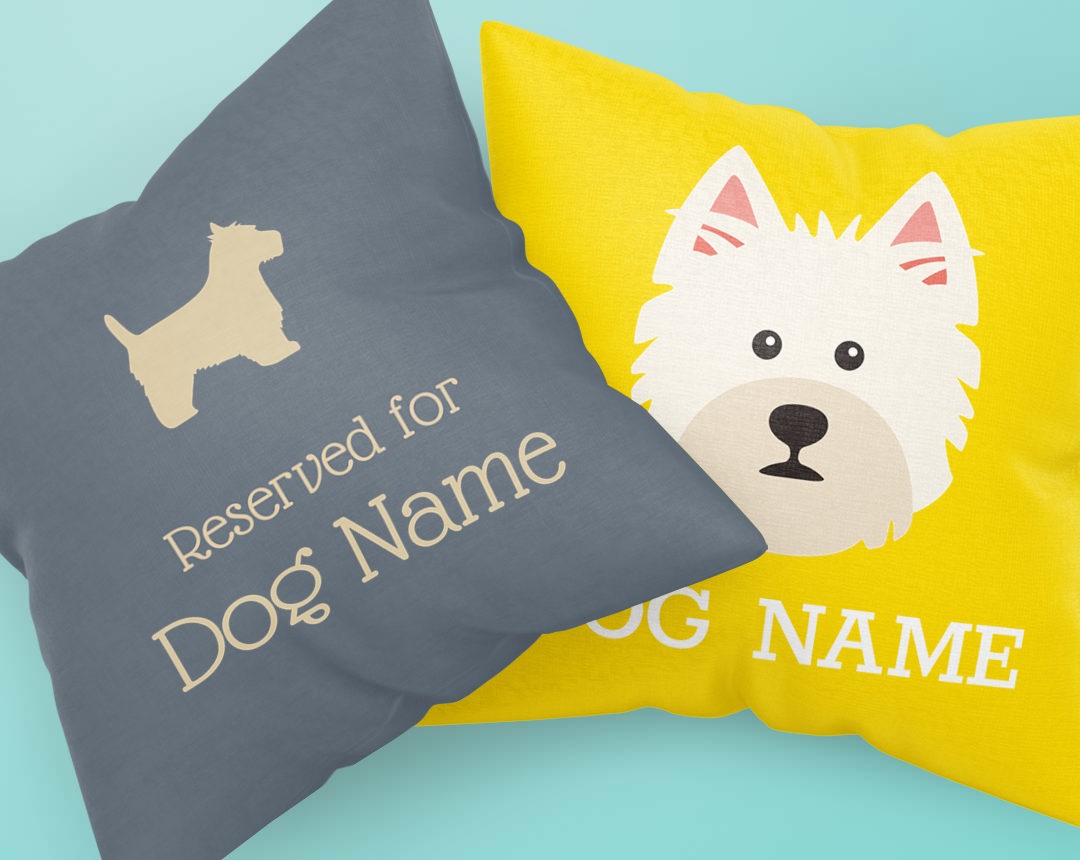 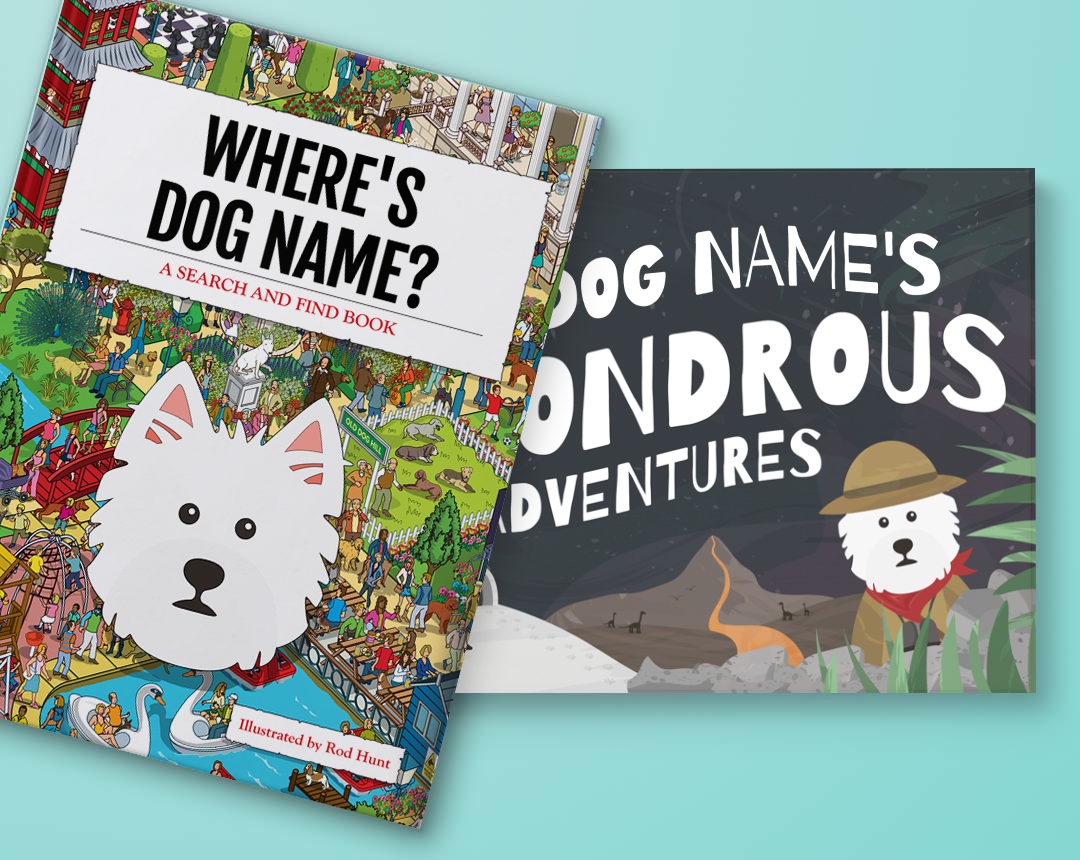 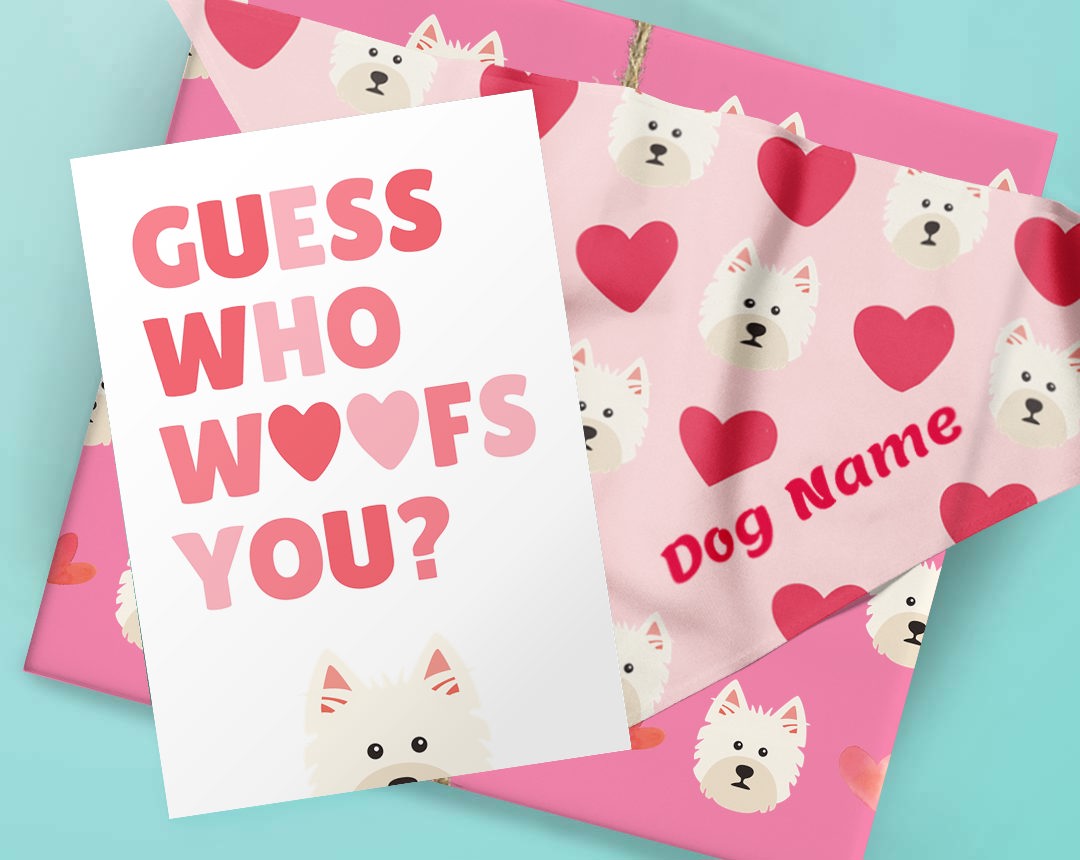 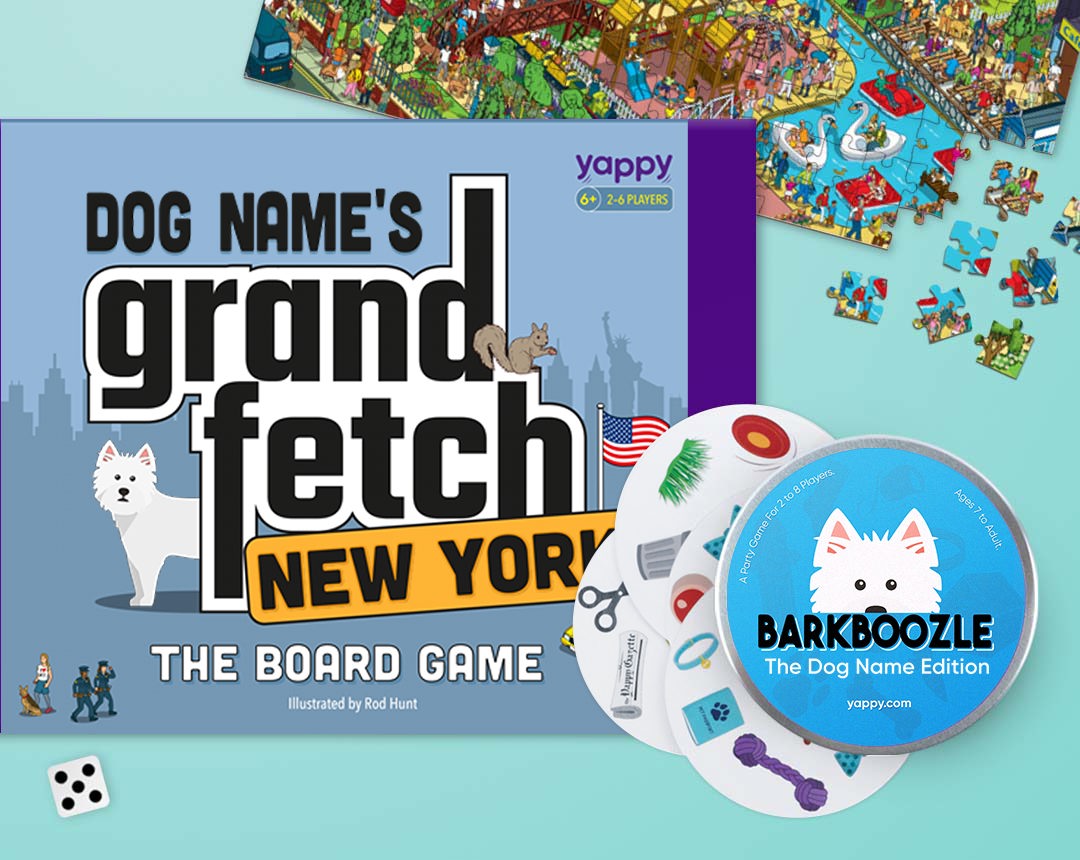 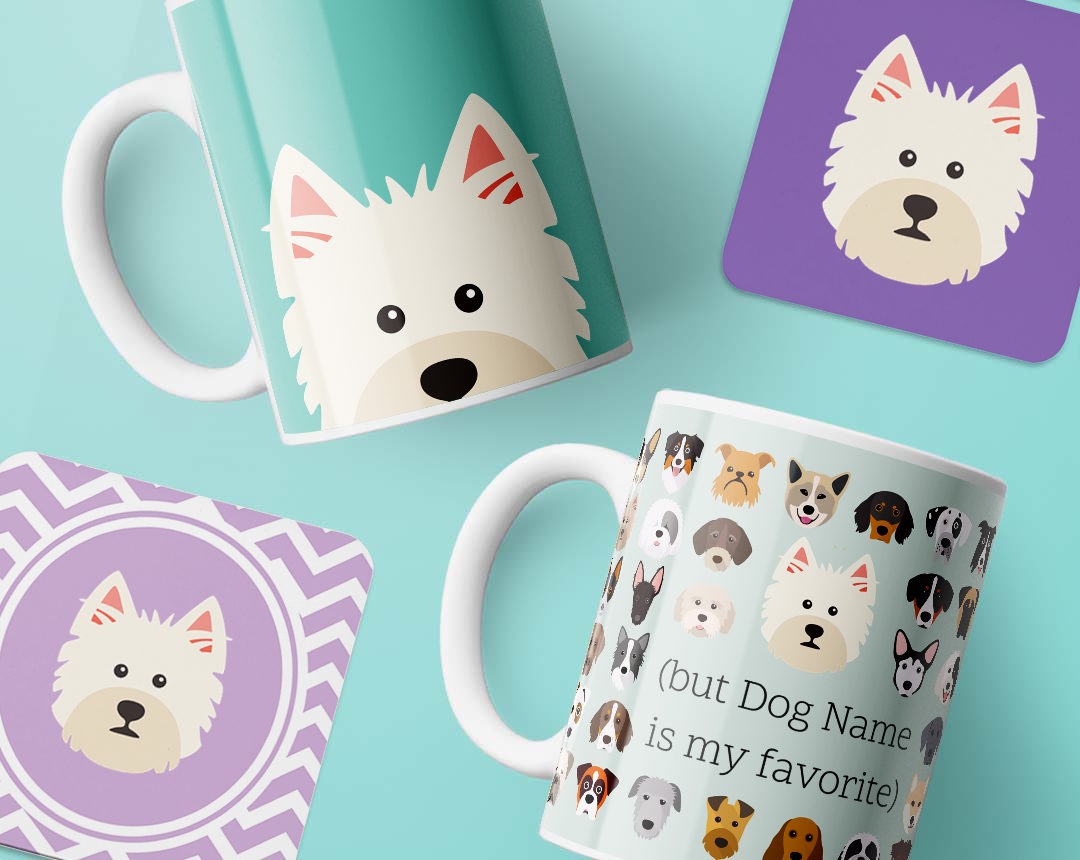 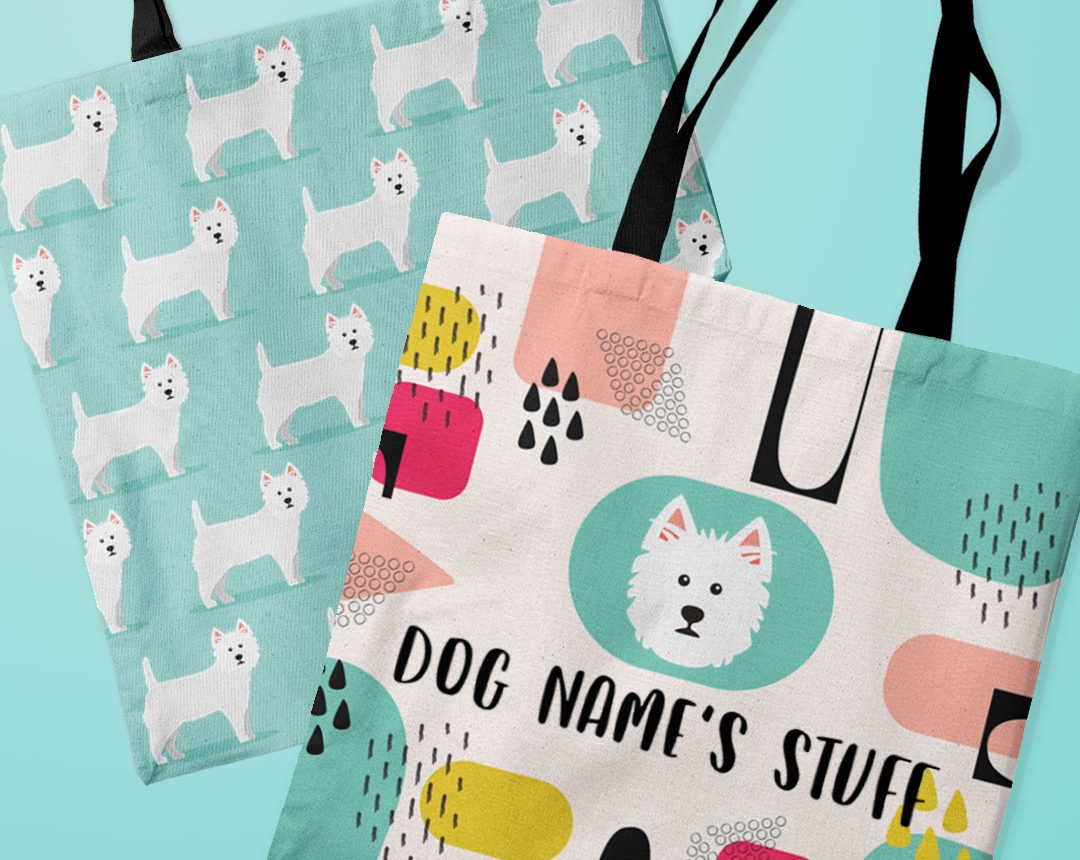 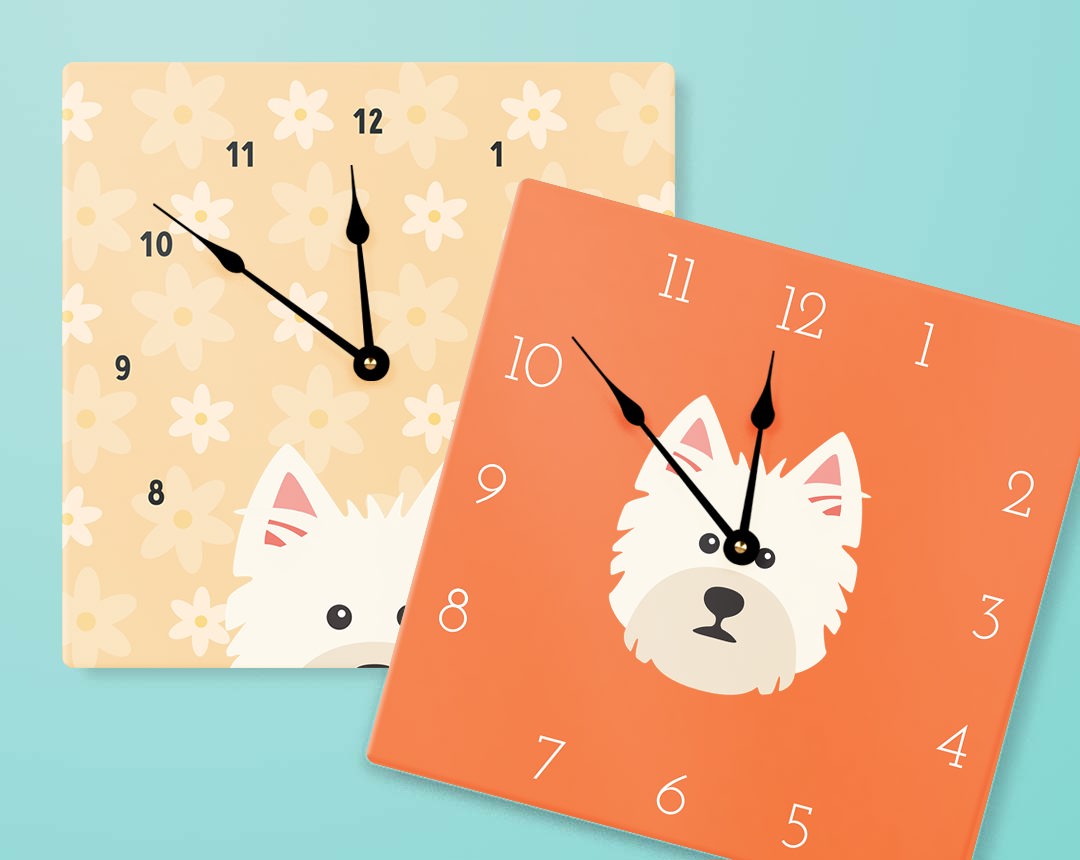 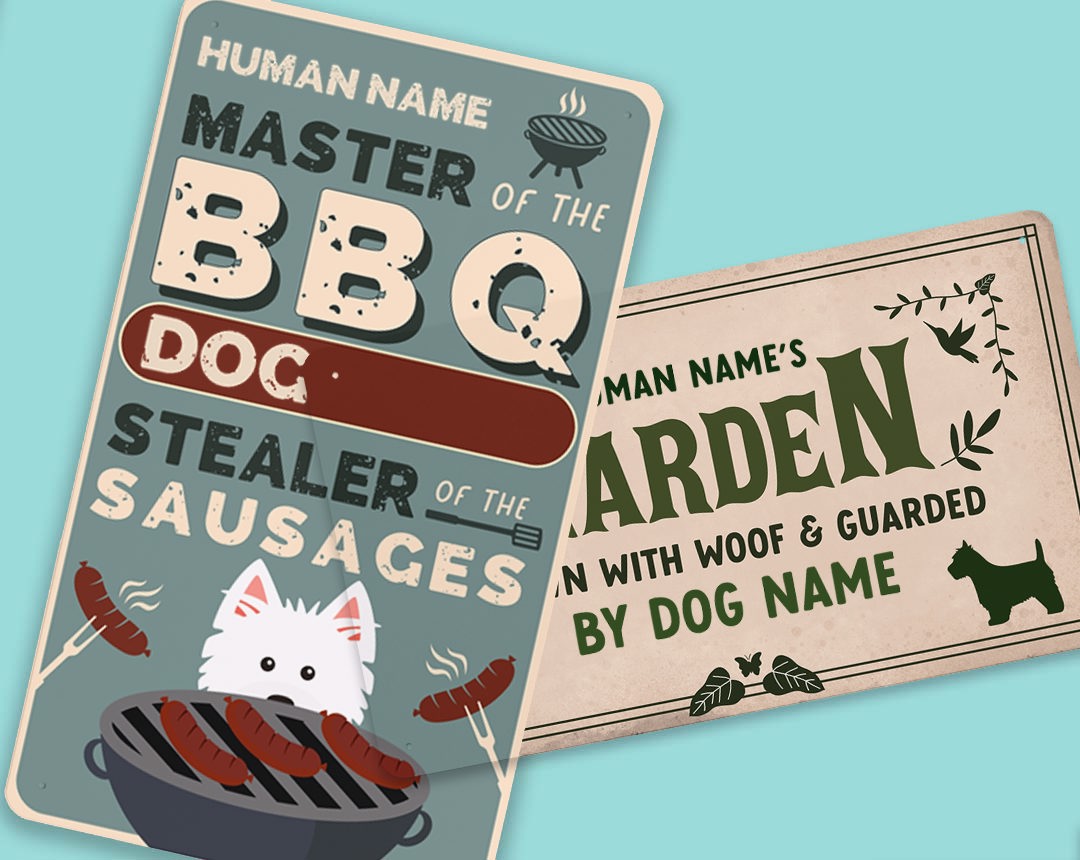 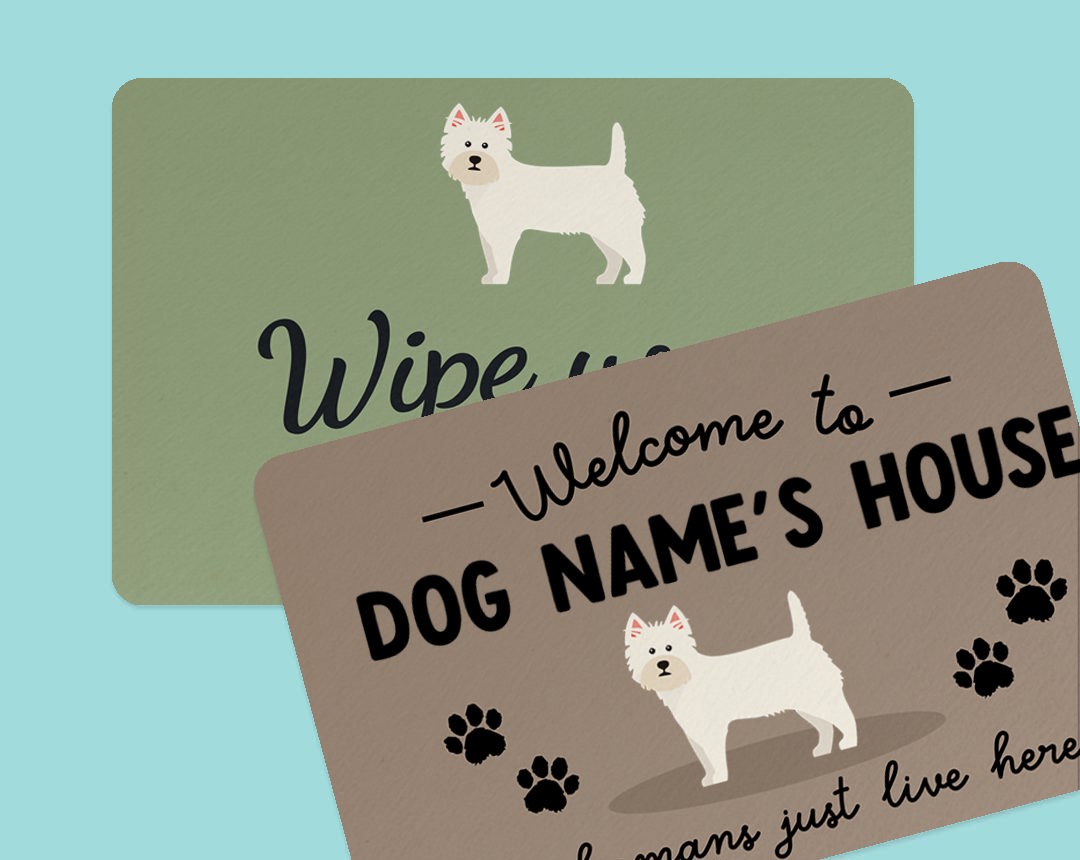 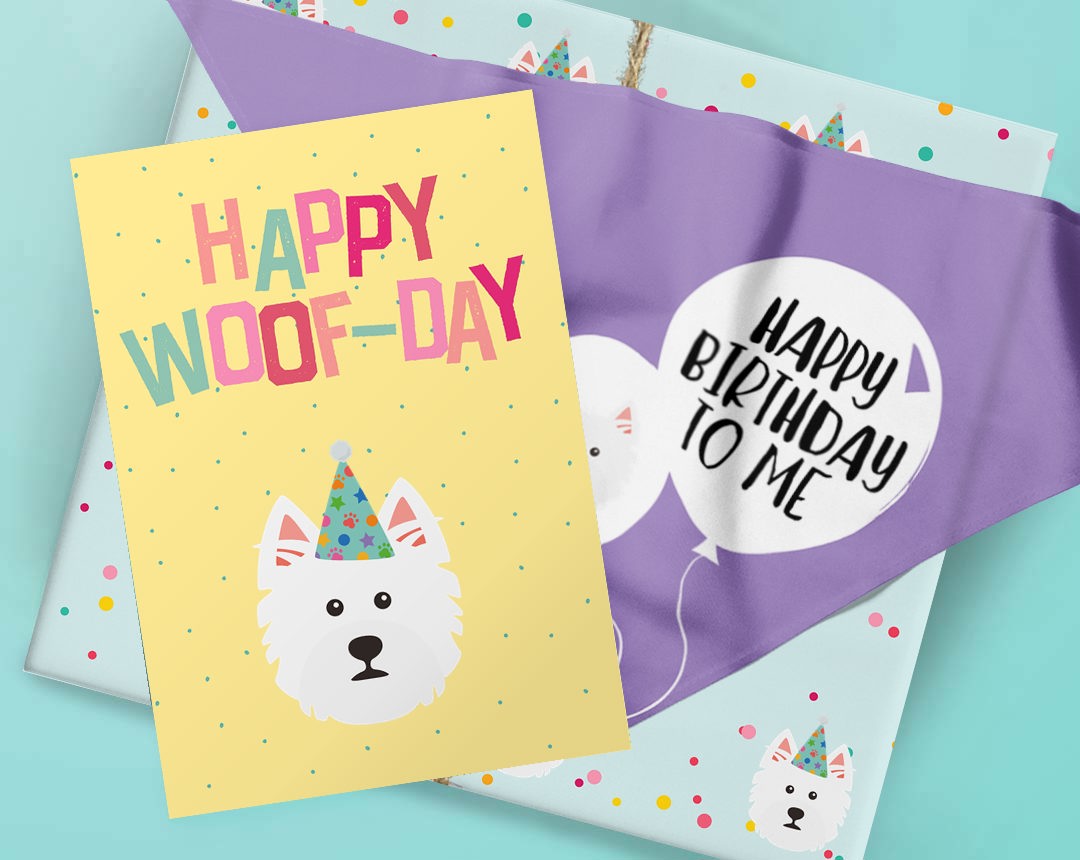 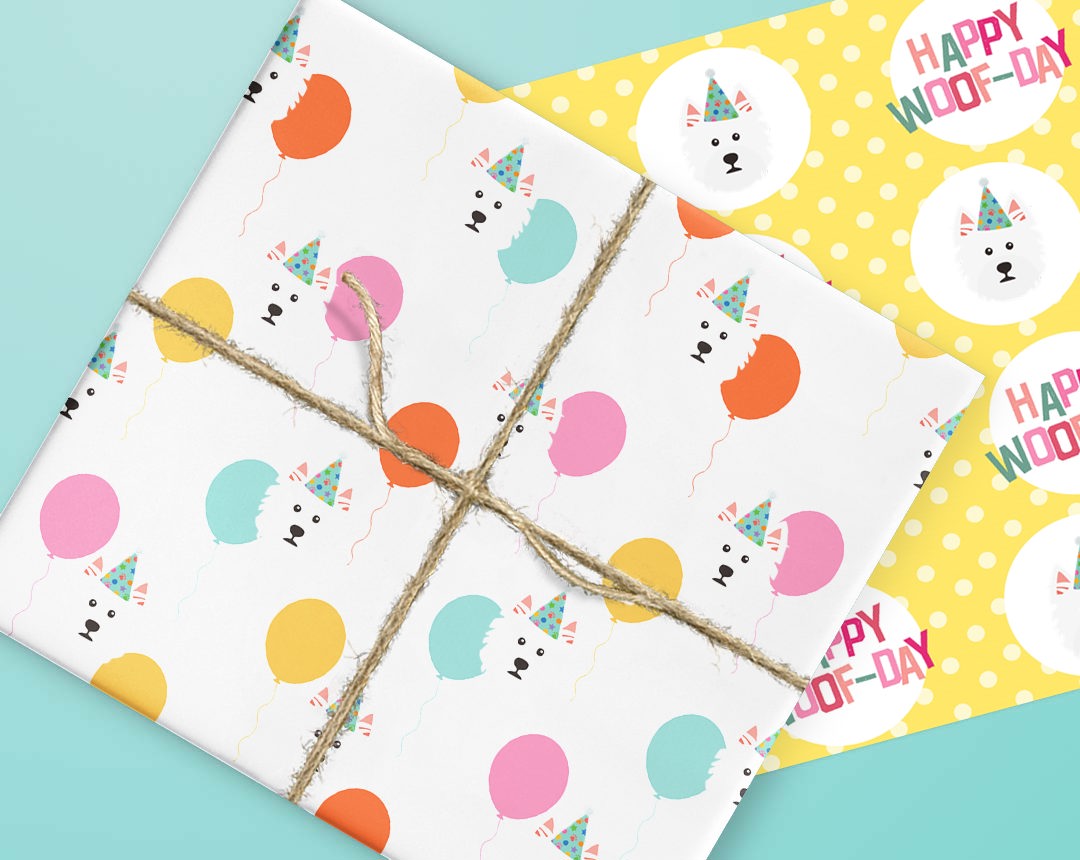 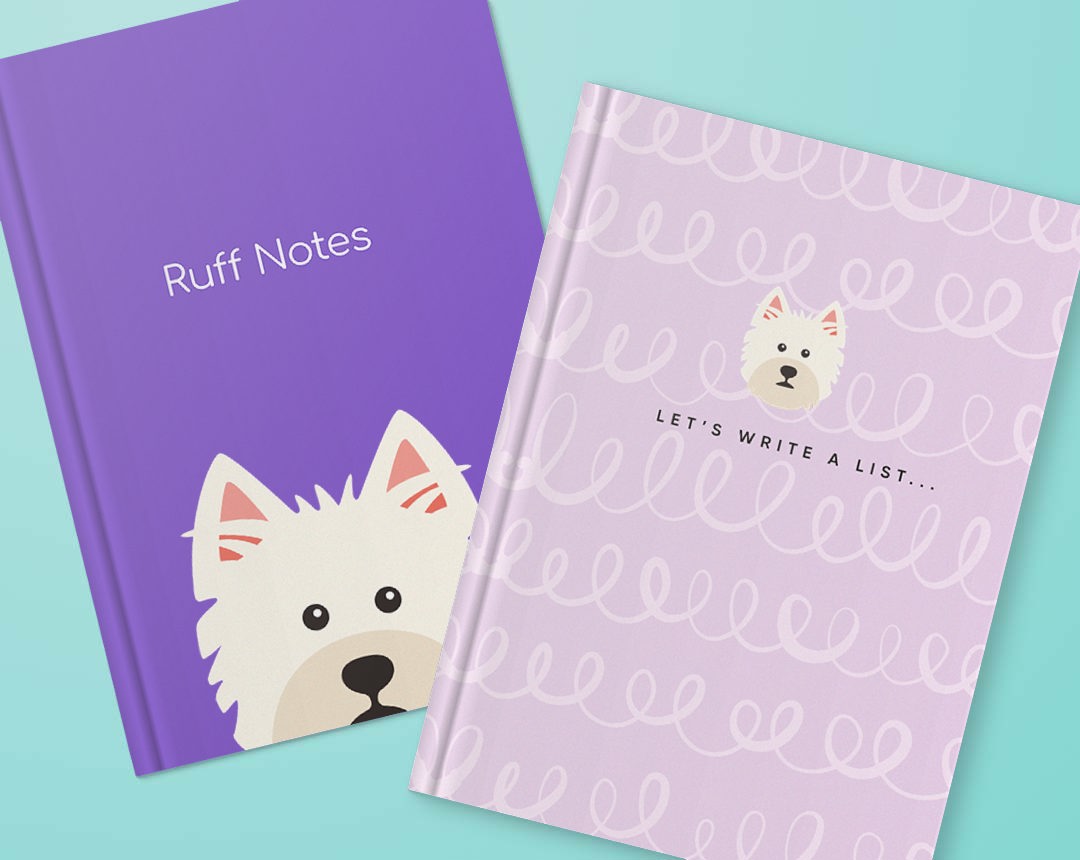 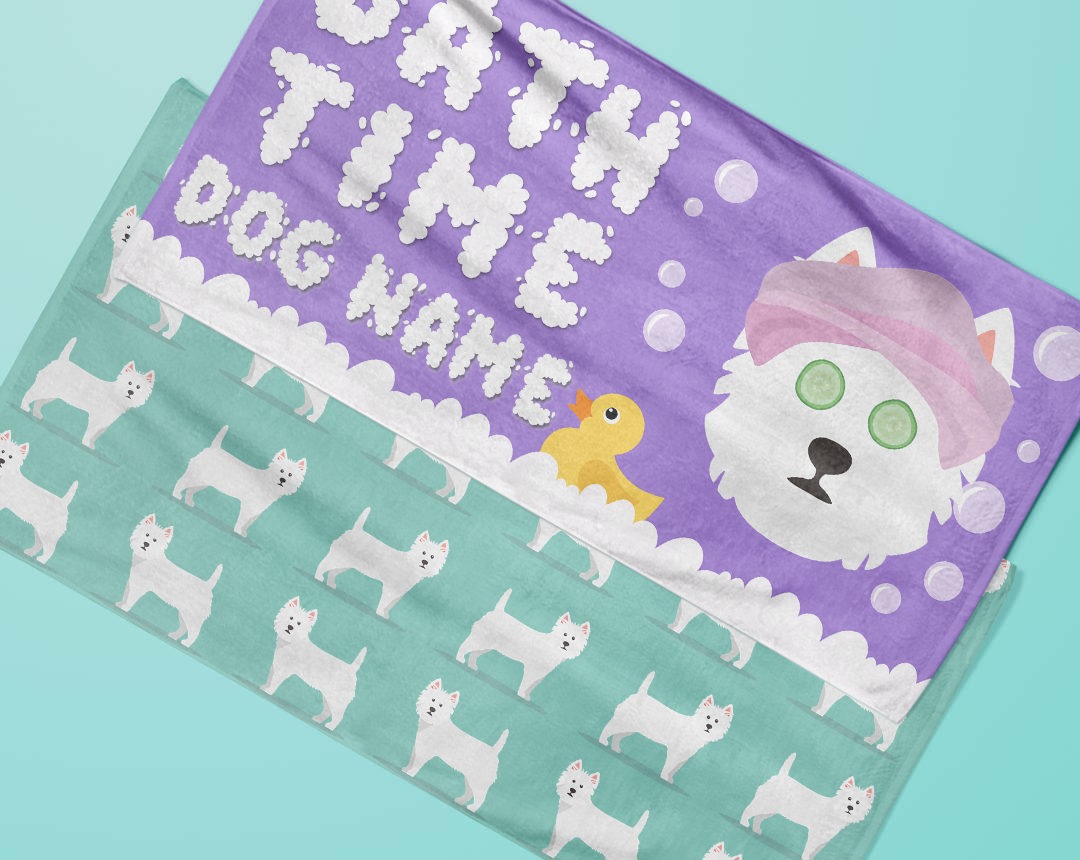 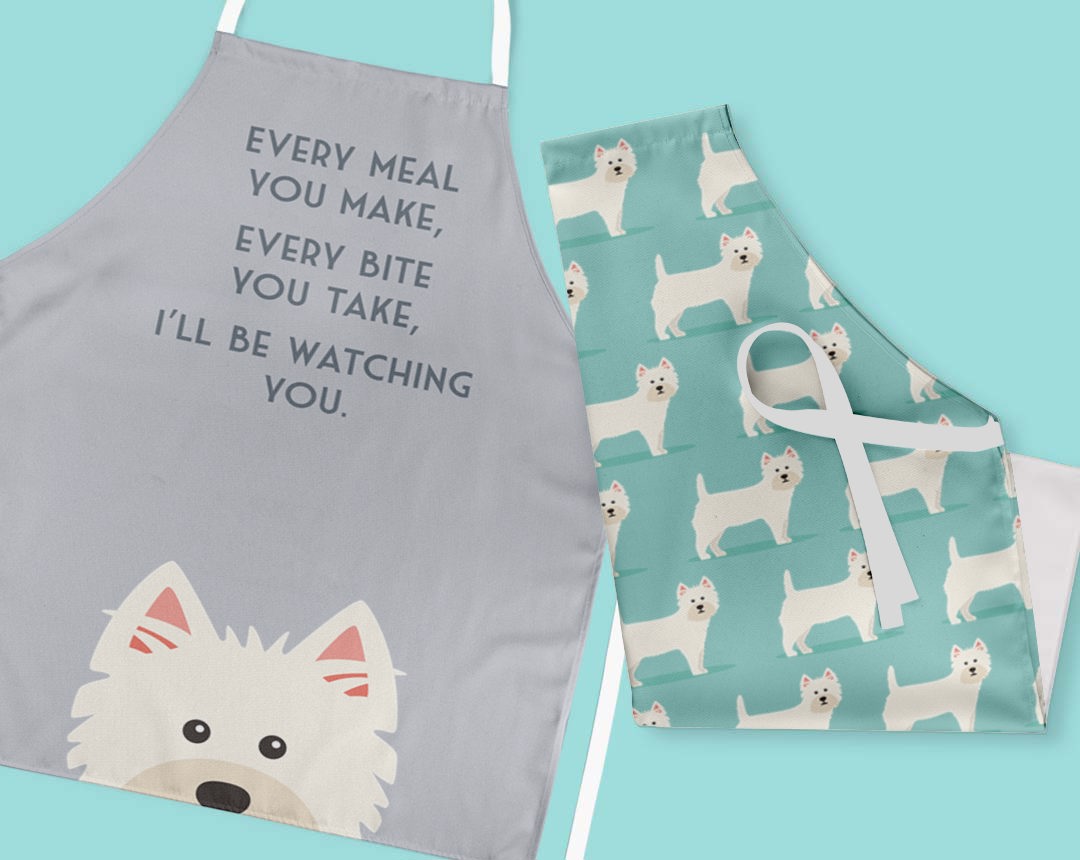 These bundles of joy originate from Scotland and were originally use for hunting fox, badger and Otter, as well as killing vermin such as rats. Although much of their history is unknown, it’s though that they have been recorded in the 17th Century as a gift given from James l of Argyllshire to the King of France. Interestingly enough, all these doggies are white due to Colonel Malcolm of Poltalloch, who accidentally shot and killed one of his wheat-colored Westies whilst out hunting. As a result, he decided to only breed white dogs, to avoid confusion with foxes. Because of West Highland White Terriers ‘wee’ size, they are suitable for apartment living, and being an adaptable dog, can live in the city, countryside… wherever!

The Westie’s are well known for their comical behavior and lively nature, making them excellent pets for a family home. These doggies are never temperamental and will never challenge their ‘hoomans’ or act stubbornly. However, as they were bred as hunting dogs, they like to have a job to do! Nowadays, this can be channeled in doggy competitions, in categories such as obedience and agility.  They get on well with strangers, and aren’t ‘one person’ dogs, meaning they’ll look for love and attention off all (everyone’s a winner!). This breed also gets on well with children and other animals, such as cats. Maybe not a Rabbit or Hamster though, as you may end up with one less pet to love... This breed is not normally prone to separation anxiety, meaning you can leave them by themselves for a few hours, and come back to a clean and tidy house!

The exact origins of the West Highland Terrier are obscure, and there are several theories about how the breed came into existence. The only things that are certain is that they came from Scotland, and were bred as hunting dogs. Here we look at some of the theories about their origins.

Small, white terrier dogs can certainly be traced back to at least the 1400s in Scotland where, along with Dandie Dinmont, the Cairn Terrier, and the Scottie, they were used to hunt vermin, foxes and otters. However, it is unclear whether these were the West Highland Terrier that we recognize today. Another possibility is that the modern West Highland Terrier’s ancestors came from the Spanish Armada, when one ship was wrecked off the Isle of Skye. The small dogs were claimed by the various Clans, including the Donalds and MacLeods, who used them to breed.

Again, it is unclear if these were the origins of the West Highland Terrier but, if not, a similar dog existed in Stewart times, as King James VI of Scotland, also King James I of England, (1567-1625) requested a dozen ‘little white earth doggies’ to be sent to him from a kennel in Argyllshire. It may be that these dogs would have been recognized as ‘Westies’ today, but there is also evidence that the breed we know didn’t exist until the 1800s, with several people credited as the possible creators.

The Duke of Argyllshire, part of the Campbell Clan, was known to have bred small white terriers in the 19th century, although these were known as Roseneath, after his estate. Meanwhile, a Dr Americ Edwin Flaxman from Fife was also breeding terriers, which he called Pittenweem Terriers, from the white offspring of a Scottish Terrier. One particular female consistently produced white puppies regardless of the sire. After initially trying to ignore it, he came to believe that it was a trait from the Scottish Terrier that was trying to reappear, and decided to produce a dog that was the white equivalent of the darker type. He is generally believed to have been responsible for ensuring that Scottish Terrier were permitted to be shown towards the end of the 19th century.

However, the person most credited with creating the modern West Highland Terrier was Colonel Malcolm of Potalloch. A keen hunter, he accidentally shot one of his beloved brown dogs when out hunting. He chose to breed white dogs, as these were easier to spot in the field, and would not be mistaken for foxes or other wild creatures. Consequently, these white dogs were known as Potallach dogs, although some may have been interbred with Pittenweem Terriers.

It was either 1907 or 1908 that the West Highland Terrier reached the USA, when a Robert Goelet imported two dogs, under the breed name the Roseneath Terrier. The American Kennel Club recognized the Roseneath Terrier Club in 1908, which was renamed as the West Highland White Terrier Club of America the following year. The breed became popular in the States almost immediately, and has remained so on both sides of the Atlantic.