Enter your dog's name, select an icon and you'll instantly see EVERYTHING personalized just for your Weimaraner...
Get Started
or choose from over 300 breeds
or login to fetch your dogs
Choose your dog 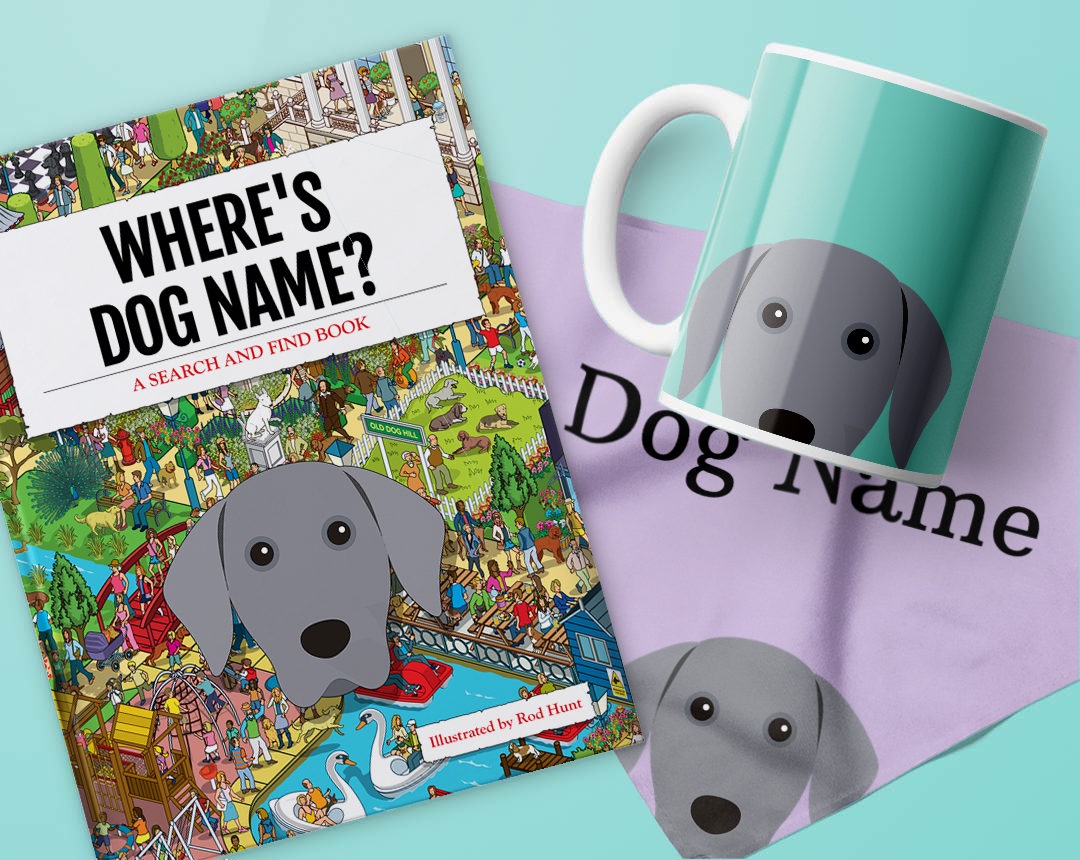 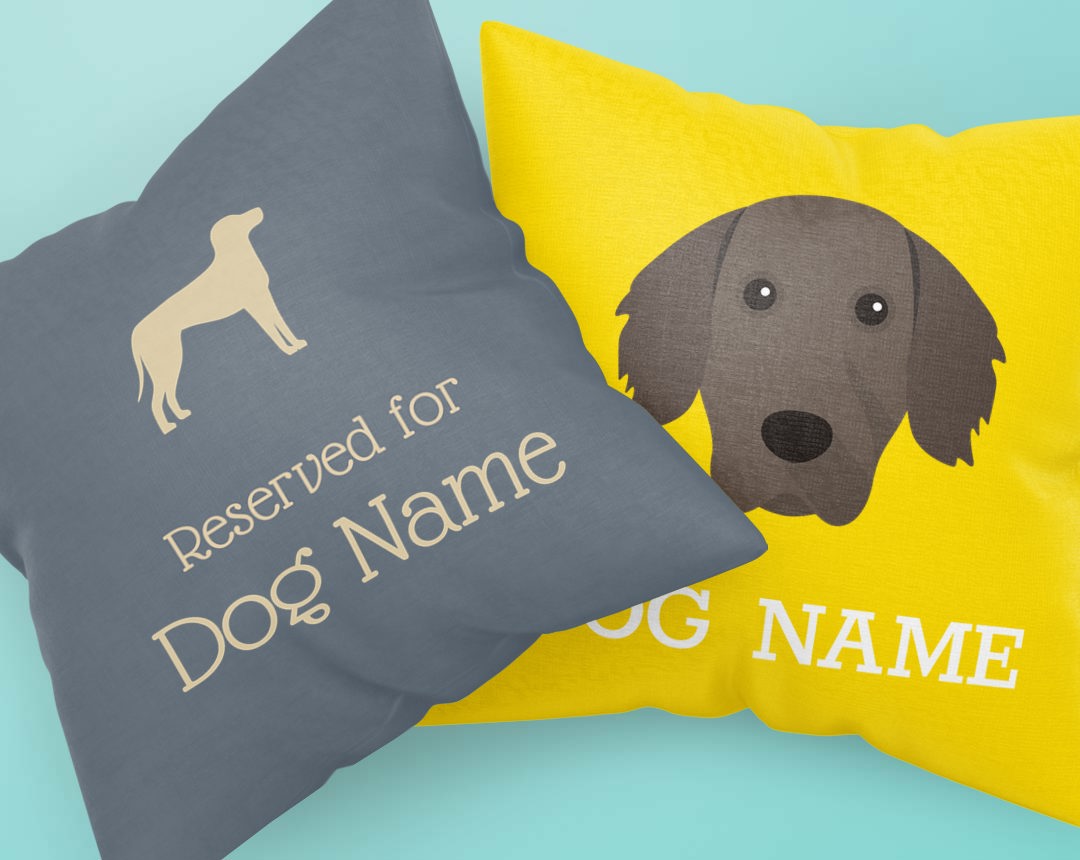 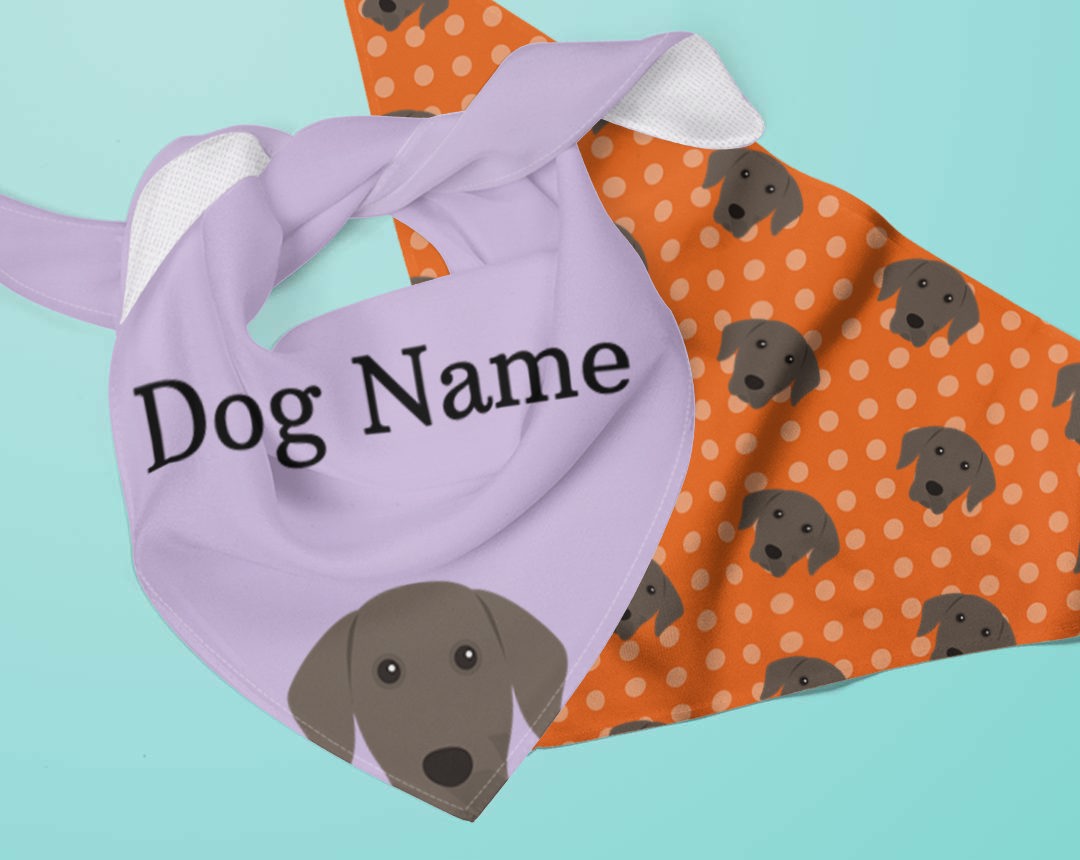 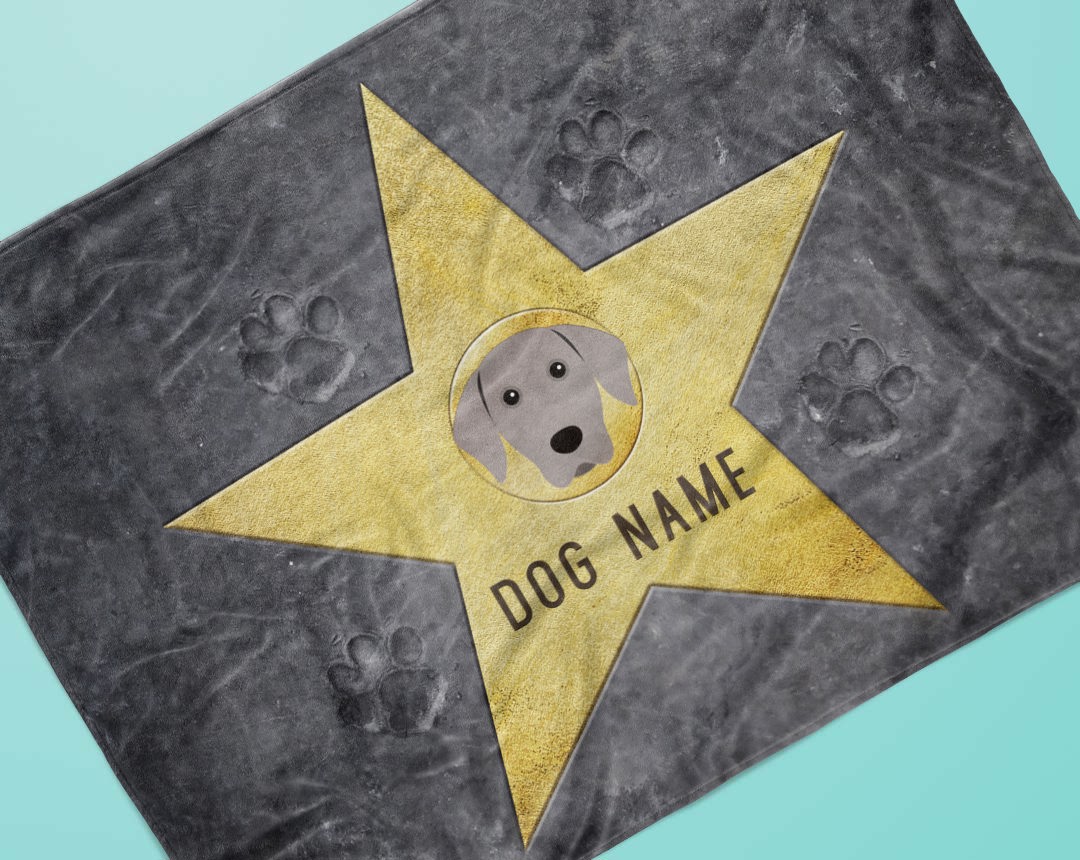 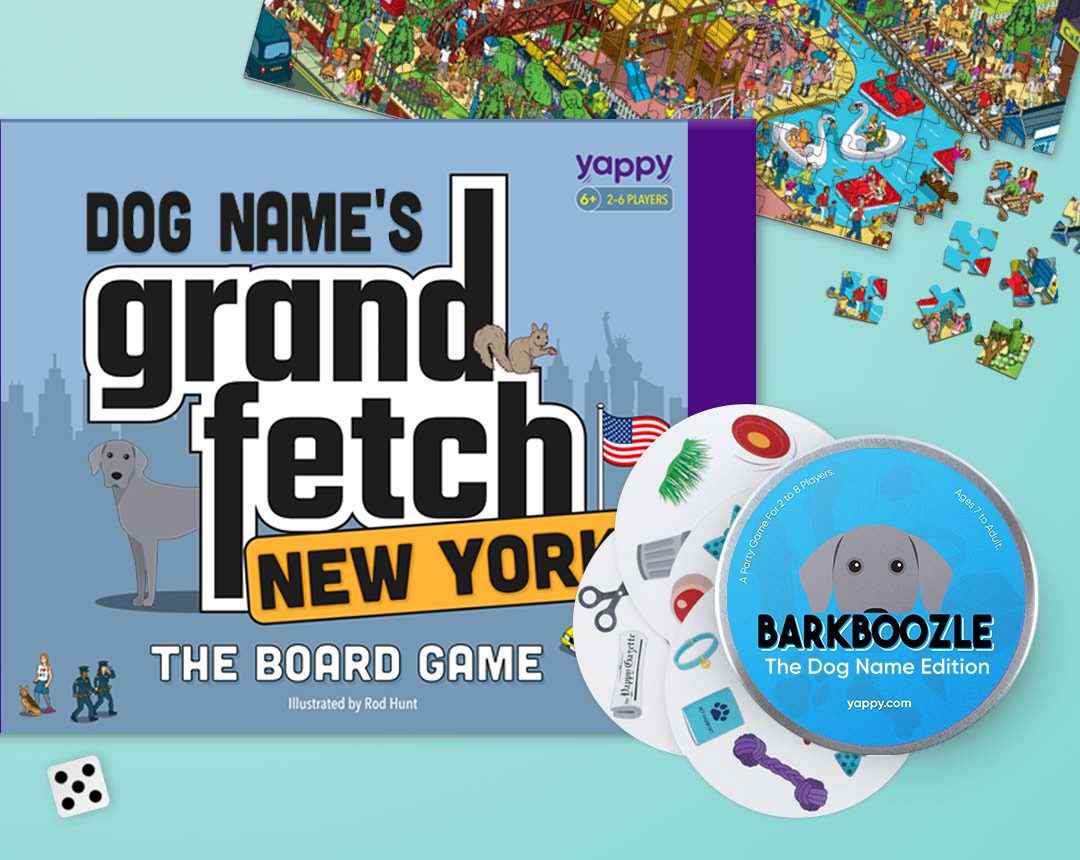 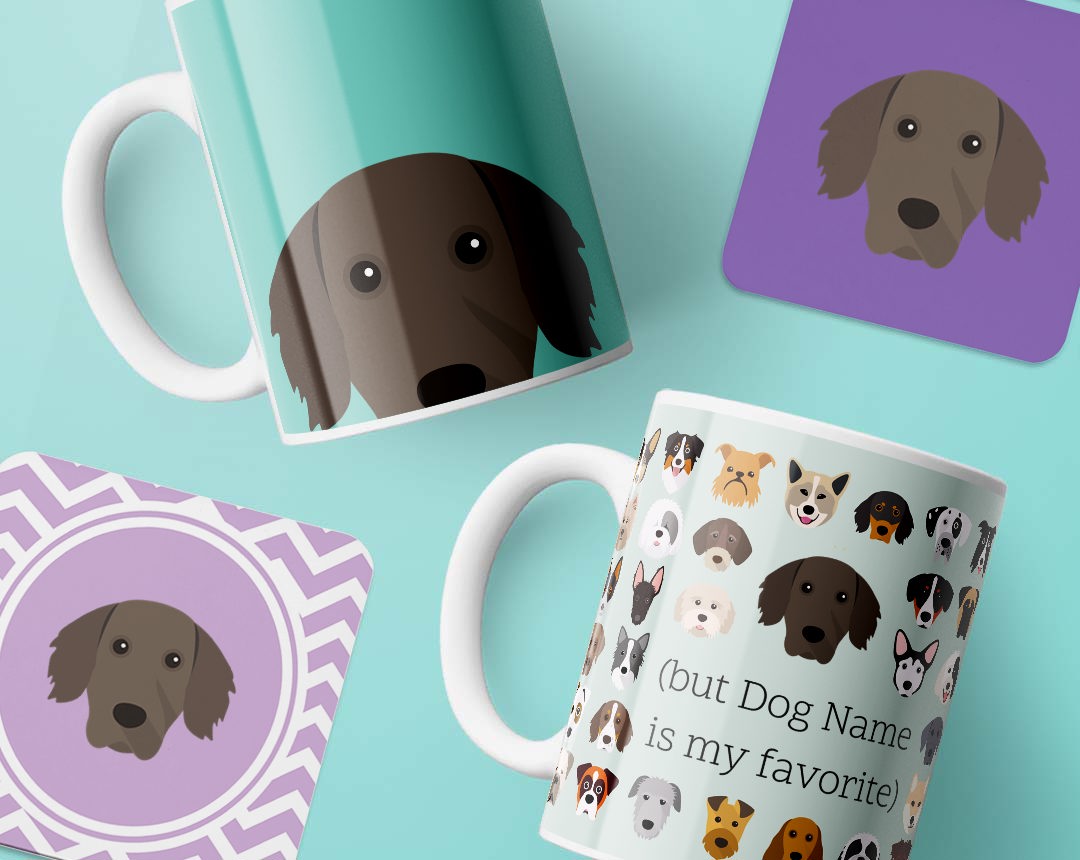 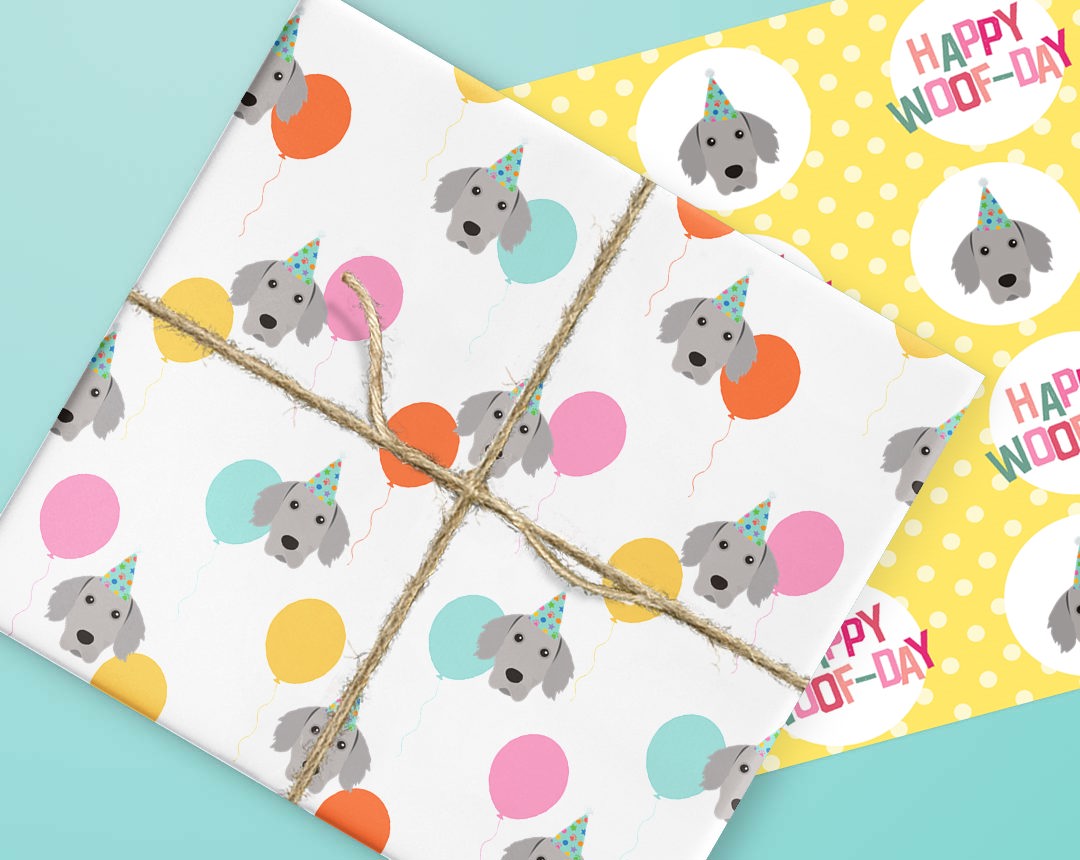 These dogs are very good-looking, what with their silvery coats and bright, sparky eyes! Personality-wise, they are a very intelligent breed but because they pick up on things very quickly, they don't make the best choice for first time owners. Additionally, they are best in families who already lead active lives.

Nowadays, Weimaraners are used as assistance doggies for disabled and impaired 'hoomans', so long as they are trained and socialized correctly. But generally they make very lovely pets!

Fun Fact: They remained a secret in Germany until the 1930's!

If you want to see these comical dogs at their best, google William Wegman – we promise it’s worth it. He is a famous photographer, known for using this breed due to their ability to adopt human expressions, dressing them up in all sorts of costumes, wigs and props! Outside of their modelling experiences, Weimaraners love to be around their ‘hoomans’. It’s no coincidence that they are called ‘shadow dogs’, as they always want to be in touching distance of their owners (so cute!). However, they are definitely not the breed for everyone as they need a great deal of both physical and mental exercise and a very large prey drive! Without proper control and training, they’ll likely chase anything that moves, kill it, and then bring it back as a trophy! However, they really are fantastically pets for the right owners – maybe even you can start your own photography business with one?

The Weimaraner dates back to the 19th Century and they are believed to be relatives of the Bloodhound, the English Pointer, the Great Dane and the German Short-haired Pointer – quite the family! They were developed at Weimar court (thus the breed name), in Germany, in response to nobles who wanted a doggy that would both assist them on hunts and relax with them in the evening. Overtime, the forests within Germany shrank and larger animals were more uncommon. From this point on, the breed was used to hunt smaller mammals, like foxes and rabbits. An extremely exclusive club was developed around the breed, now affectionately referred to as ‘the white ghost’ dog, and the Germans became incredibly protective over them, in fact no-one was allowed to buy one unless they were part of the club! One American, in 1929, was lucky enough to become part of the Breeds’ club, but still, the Germans only gave him de-sexed dogs. It wasn’t until 1938 that he acquired a male puppy and three females. What is more, by 1942, they were recognized by the American Kennel Club. Since then, these doggies have grown and grown in popularity!