Enter your dog's name, select an icon and you'll instantly see EVERYTHING personalized just for your St. Bernard...
Get Started
or choose from over 300 breeds
or login to fetch your dogs
Choose your dog 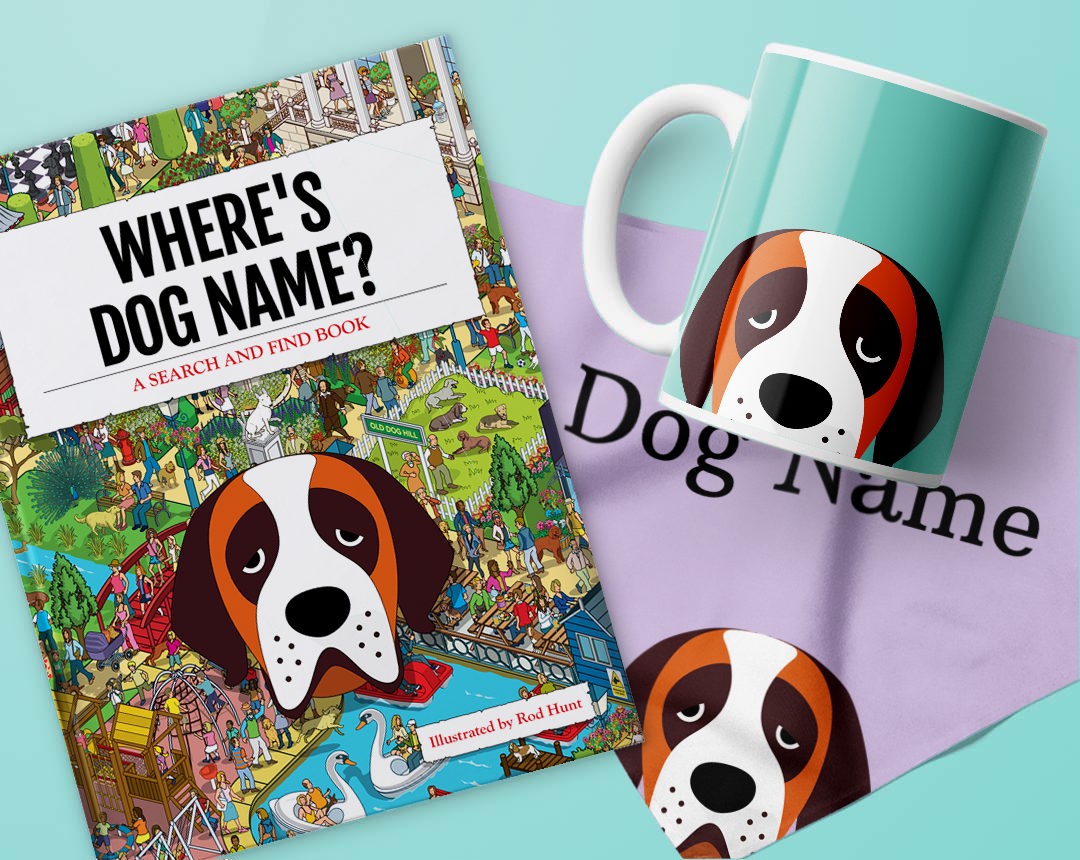 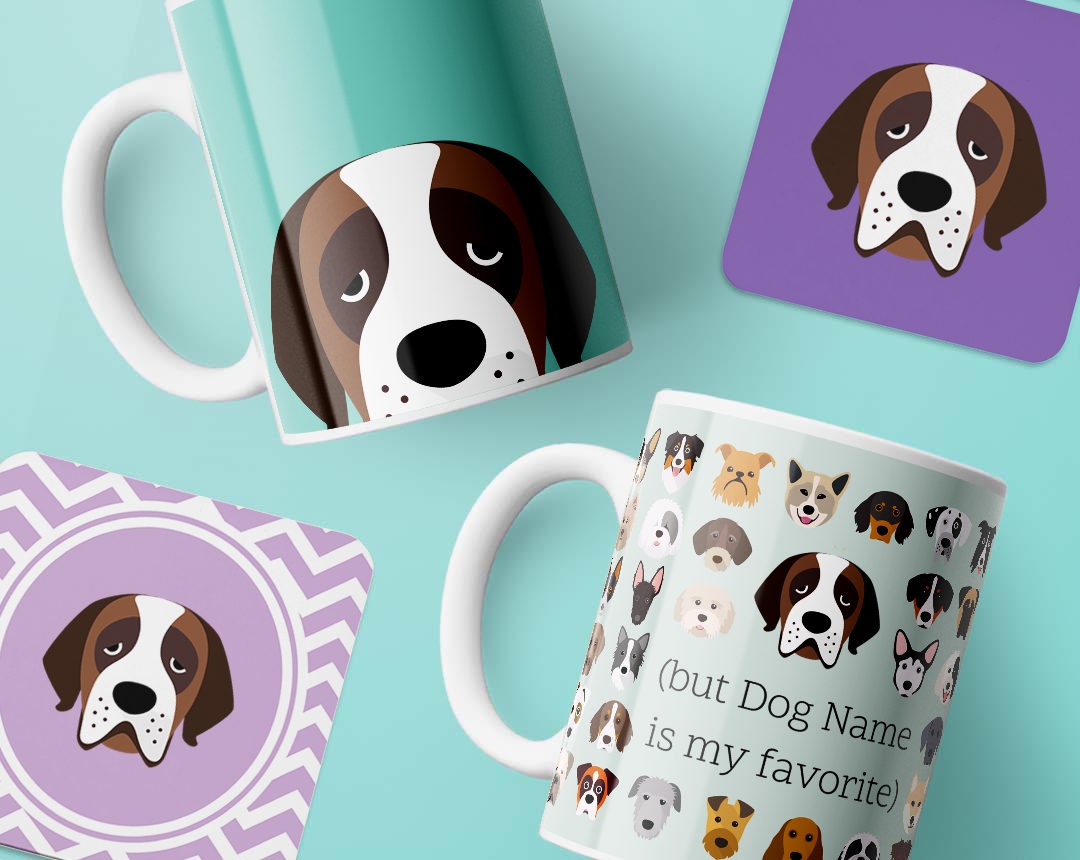 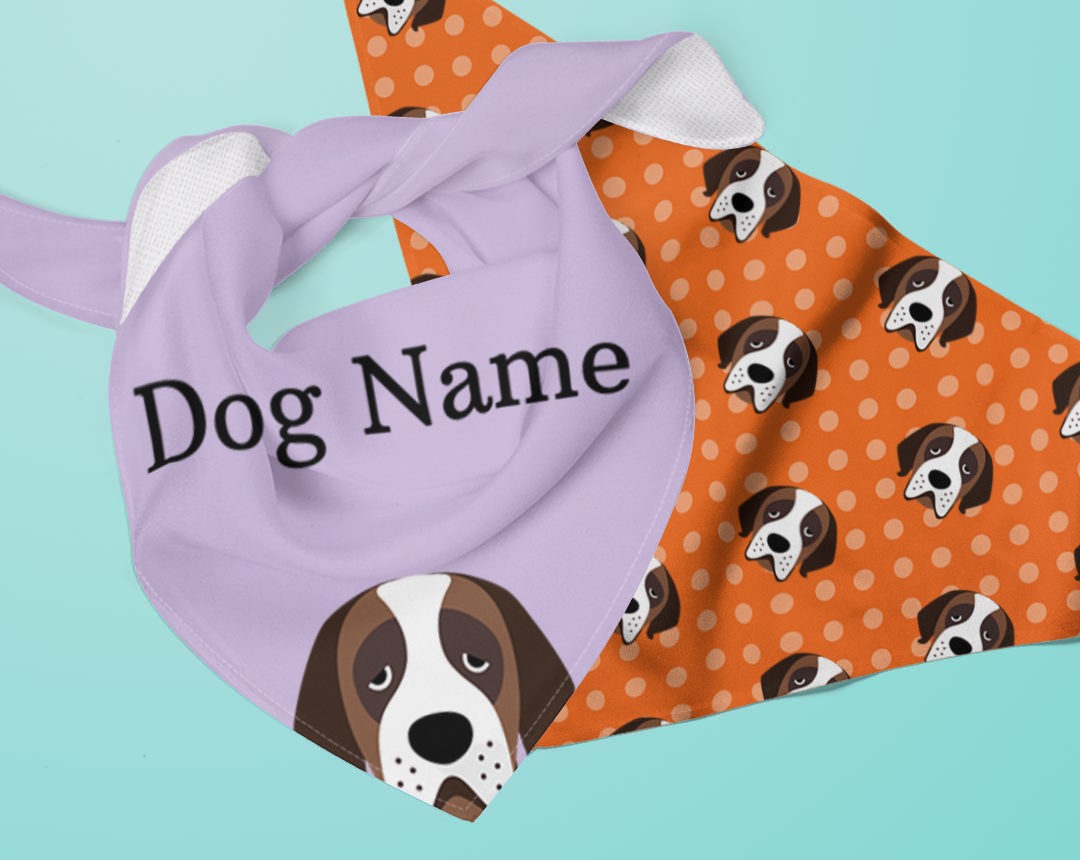 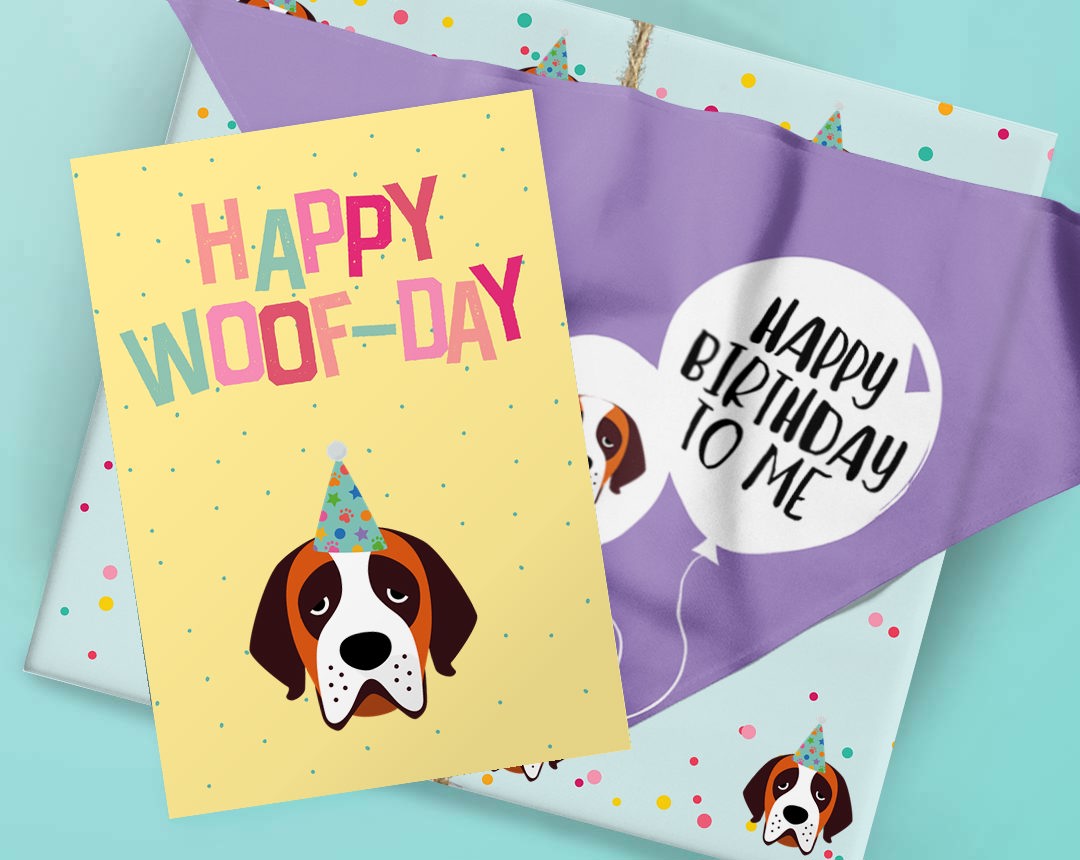 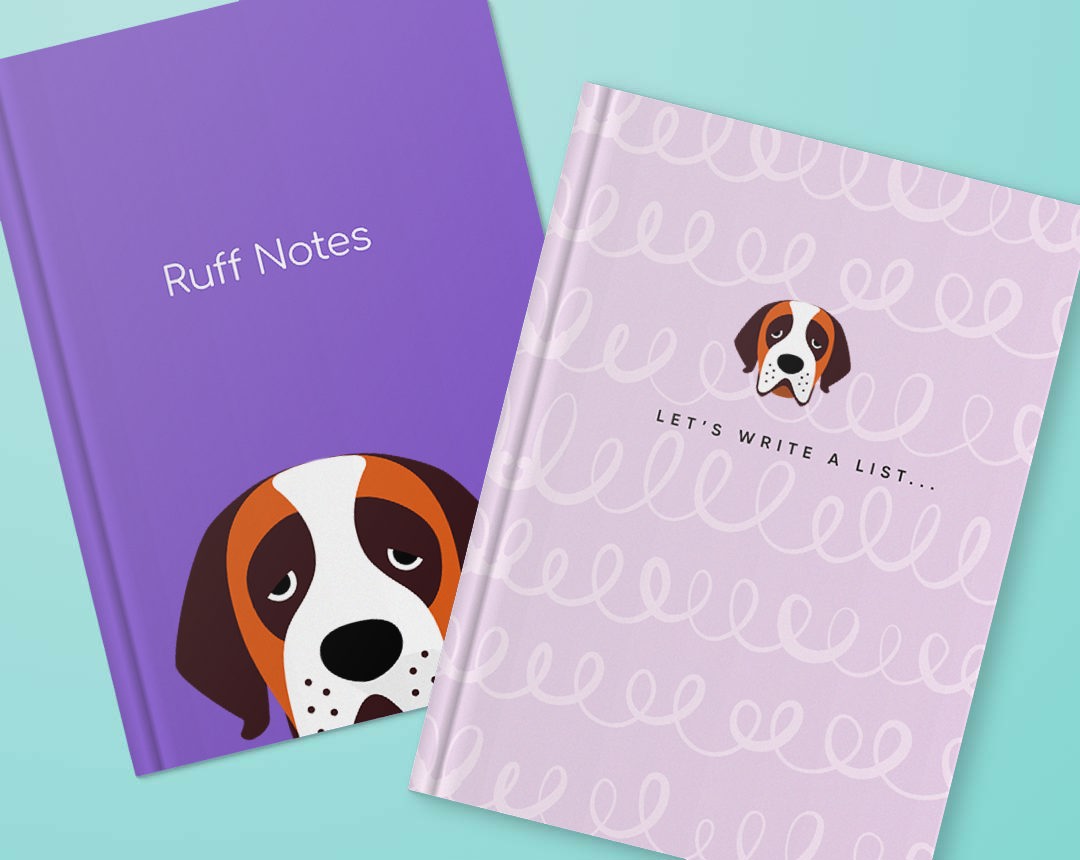 The Saint Bernard is an outgoing, friendly dog, who is amazing with children, showing outstanding patience and tolerance. They are a big dog, and although quiet in behavior, they are not suited to small apartment living because of their size. Because the breed was developed to withstand the extremely cold conditions of the Alps, they have a low tolerance to heat. These dogs love being with their family and do better when they are in the house with their people. The Saint Bernard has a sound temperament, and although they take longer to mature mentally and remain puppyish for longer, they do make wonderful pets. If you are a neat person, they may drive you crazy with their shedding twice a year, they do drool, and their paws can track in a considerable amount of dirt. They do need space to stretch out and move around in but are not overly active. The breed is easy to train although they can get stubborn at times. A well-rounded dog is one that has had early exposure to many people and experiences.
The Saint Bernard is known as gentle giants; they are extremely gentle, friendly and very tolerant of the antics of young children. This breed is slow moving, patient and obedient. They are very loyal, eager and they love to please their human family. While they are very intelligent animals, training should begin while young, when they are still small enough to manage. They need to be taught not to jump up on people in case they flatten or injure younger family members. The sooner you can teach them to walk on a leash under your control, the easy it will be to walk them. If you don’t teach them to heel, you may find yourself dragged along the pavement to where the dog wants to go. They are a good guard dog as even their size deters the average stranger. The Saint Bernard likes to know what is expected of them; they need to know that you are the pack leader not them, and they need the training to get the best from the breed. Although they are not an aggressive dog, their sheer size can be dangerous if not curtailed and controlled. Their impressive sense of smell combined with their sixth sense about approaching bad weather makes them a highly prized and respected dog.
It is thought that the breed was created when dog’s native to the Alps were crossed with Mastiff type dogs that the Roman army brought with them during the reign of emperor Augustus. The Saint Bernard Pass is a well-known treacherous alpine path, and the remnants of the Great Roman Road can still be seen, a true piece of history that is evidence of Napoleon’s crossing. The name Saint Bernard came from their founder St. Bernard de Menthon and the monks who established the breed. The Switzerland Hospice St. Bernard used these great dogs to assist travelers who were going through the dangerous Alpine pass that lay between Switzerland and Italy. The first Saint Bernard’s were of the short haired variety, as they found the longer haired dogs tended to collect icicles. In the mid seventeenth century, they became the go to dog for rescue work, with their ability to smell a person buried under many feet of snow after an avalanche. These amazing dogs worked in teams, and when one found a victim, they would lie down with them to keep them warm while another dog alerted the rescue team. They can also predict storms and avalanches which have been attributed to their ability to hear very low frequency sounds. A hospice dog named Barry became famous in 1800 to 1810 for finding more than 40 rescues; he became the most famous dog ever and often the Saint Bernard was referred to as Barryhunden in his honor. The Swiss Kennel Club officially recognized the breed in 1889, and in 1887 the International Congress of Zurich produced the first breed standard, and all countries except England accepted it.