Enter your dog's name, select an icon and you'll instantly see EVERYTHING personalized just for your Soft Coated Wheaten Terrier...
Get Started
or choose from over 300 breeds
or login to fetch your dogs
Choose your dog 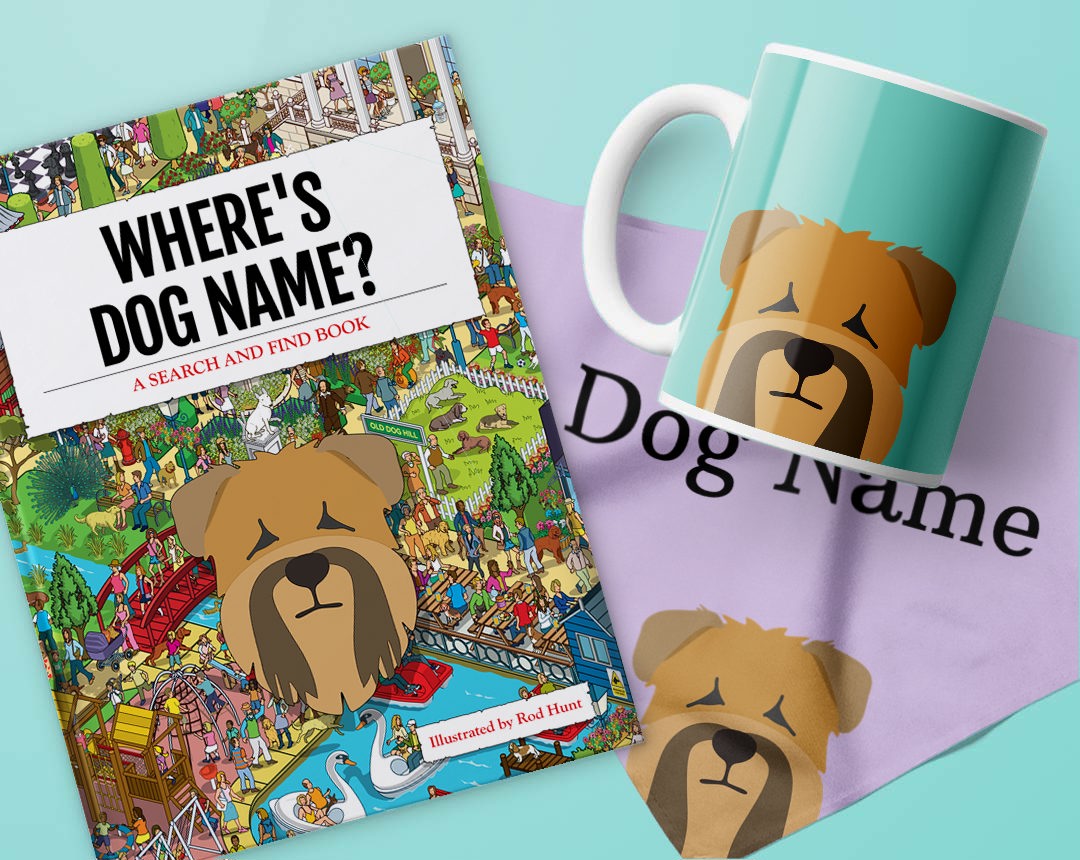 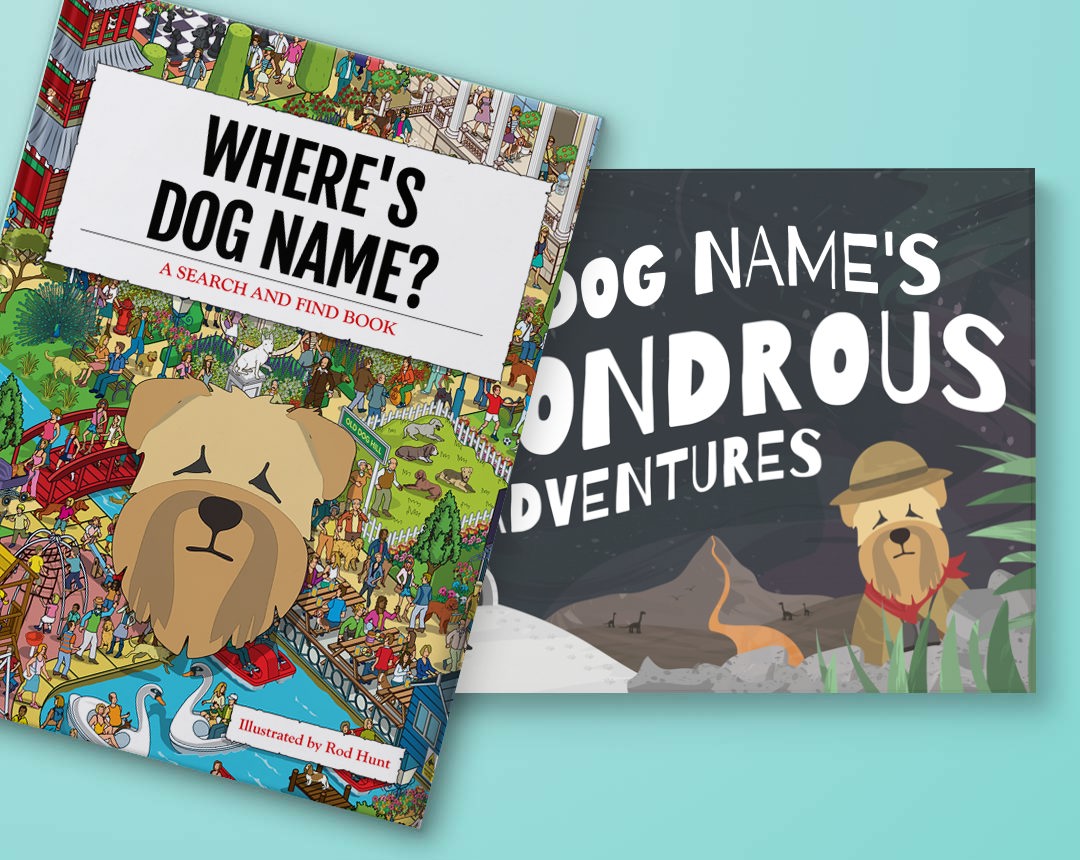 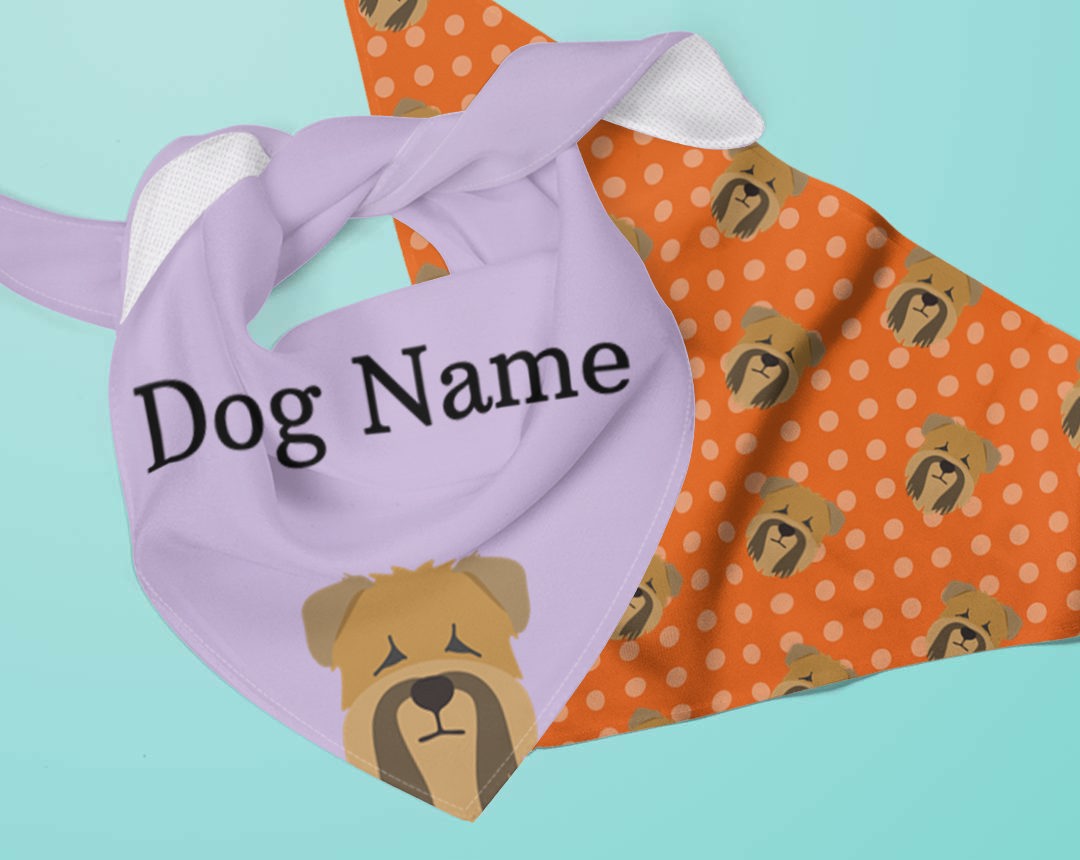 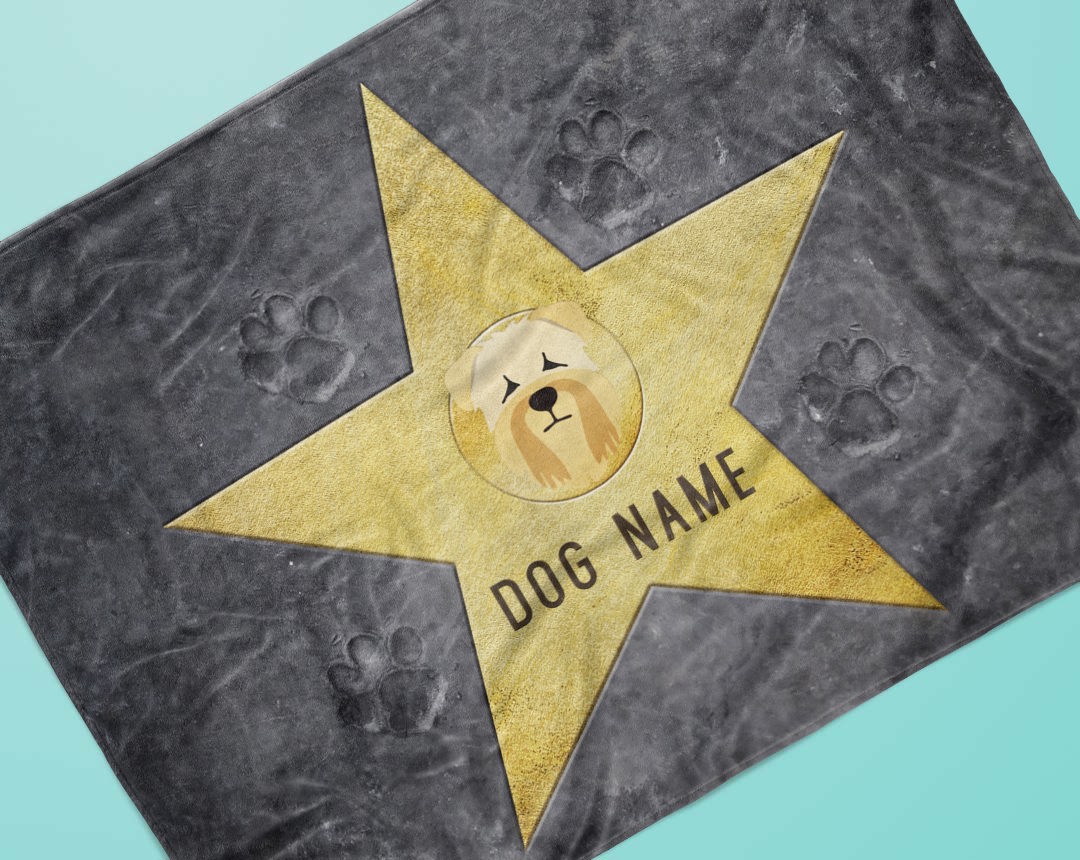 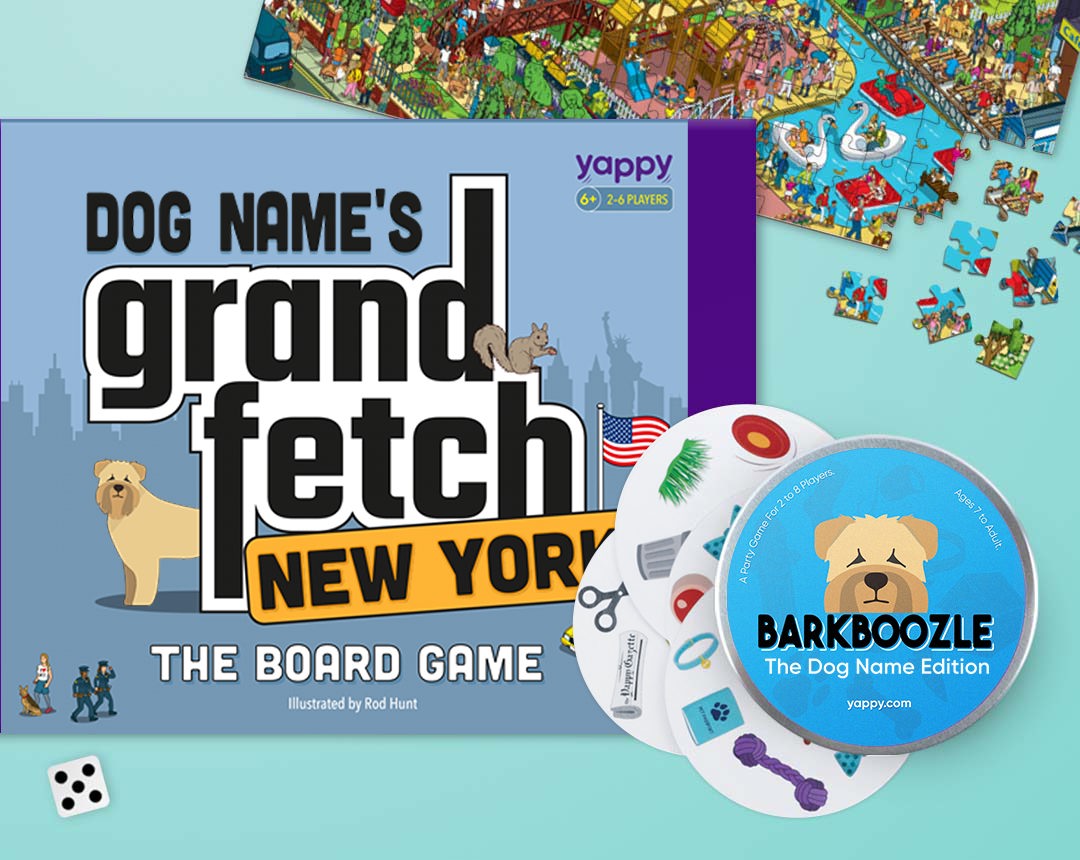 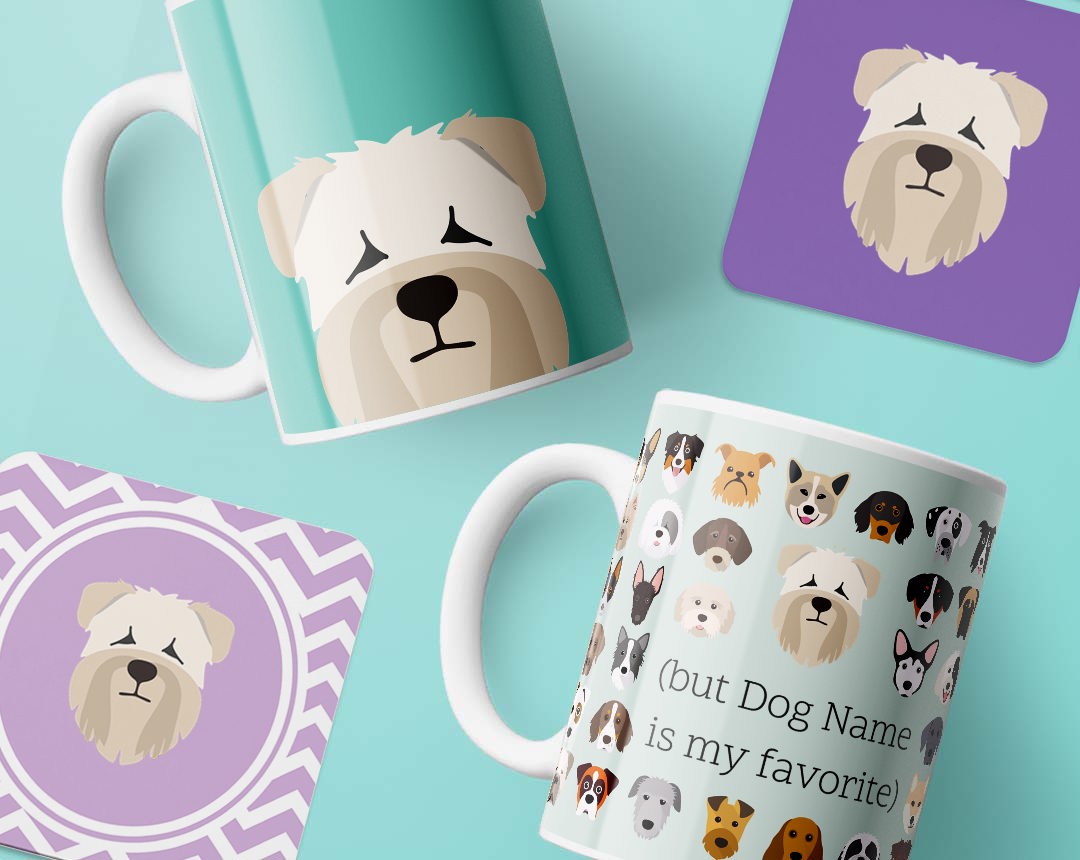 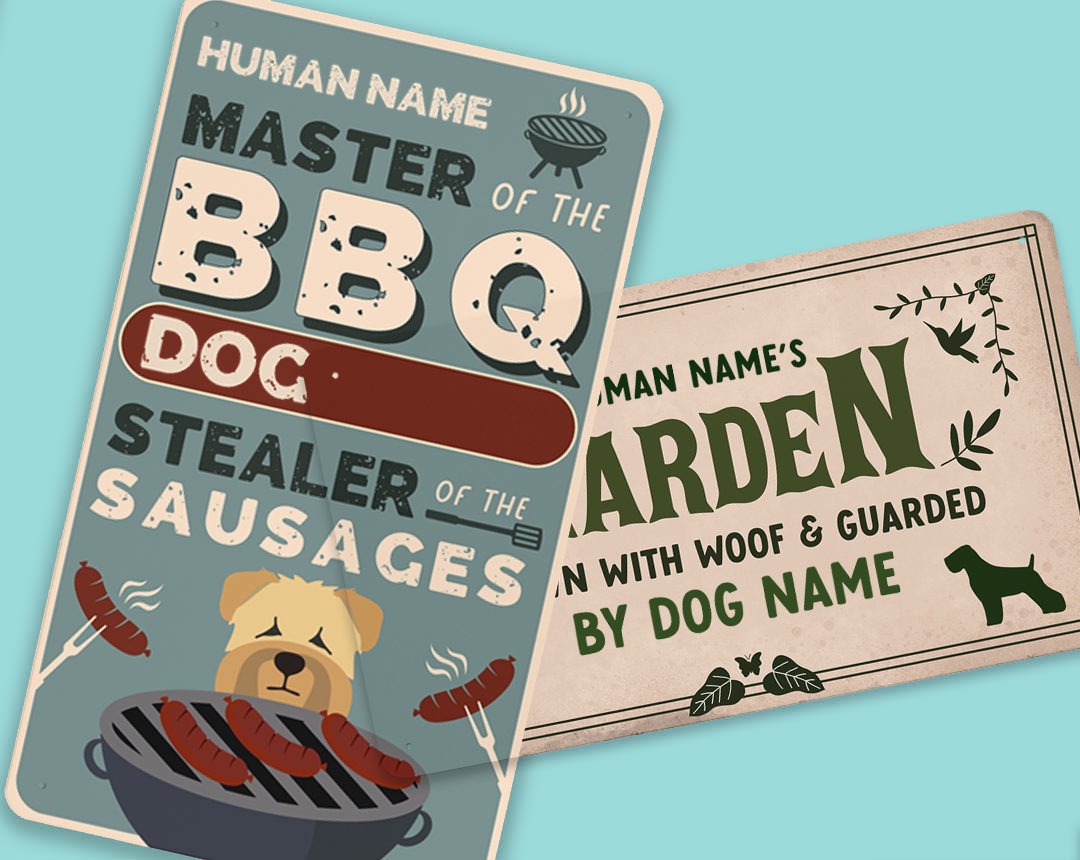 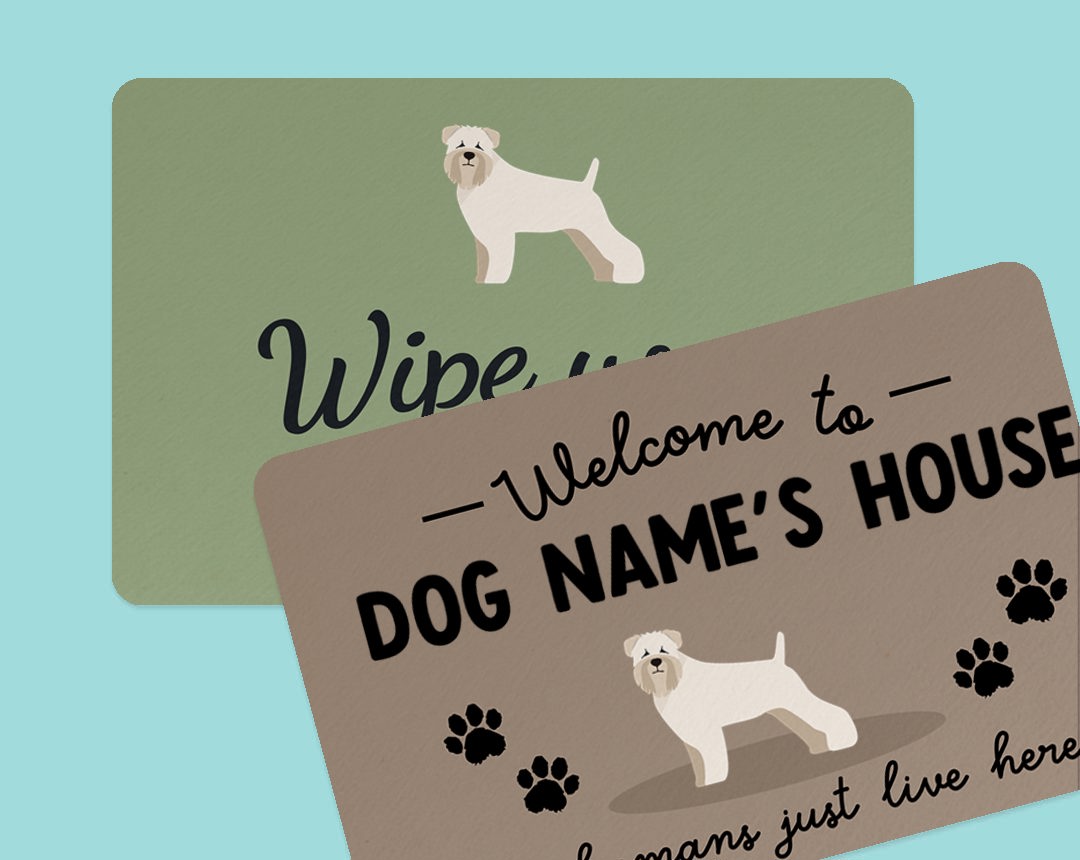 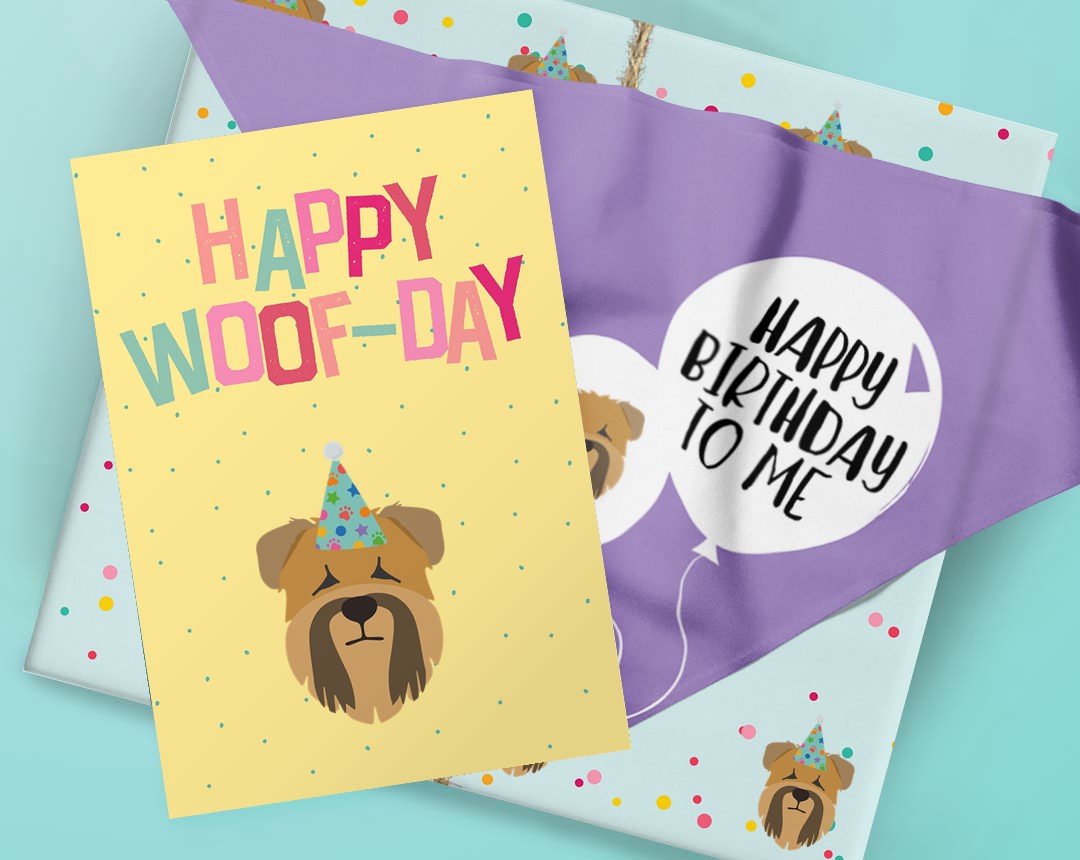 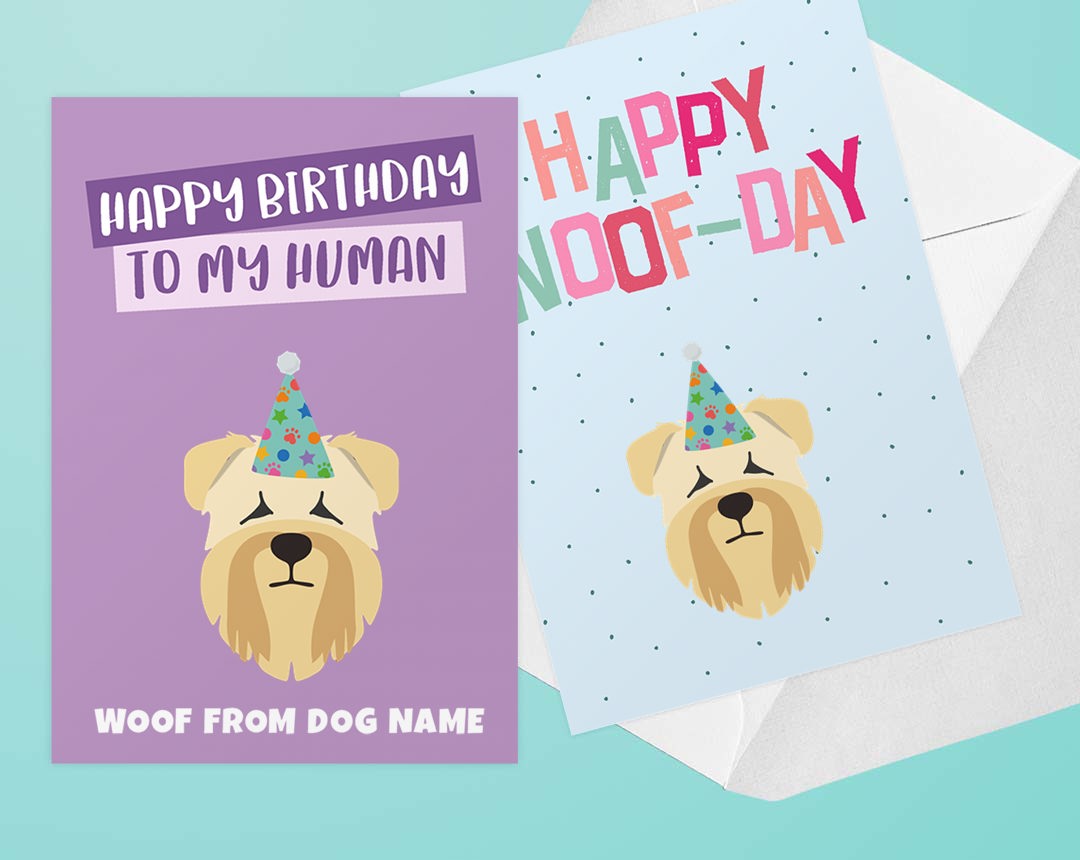 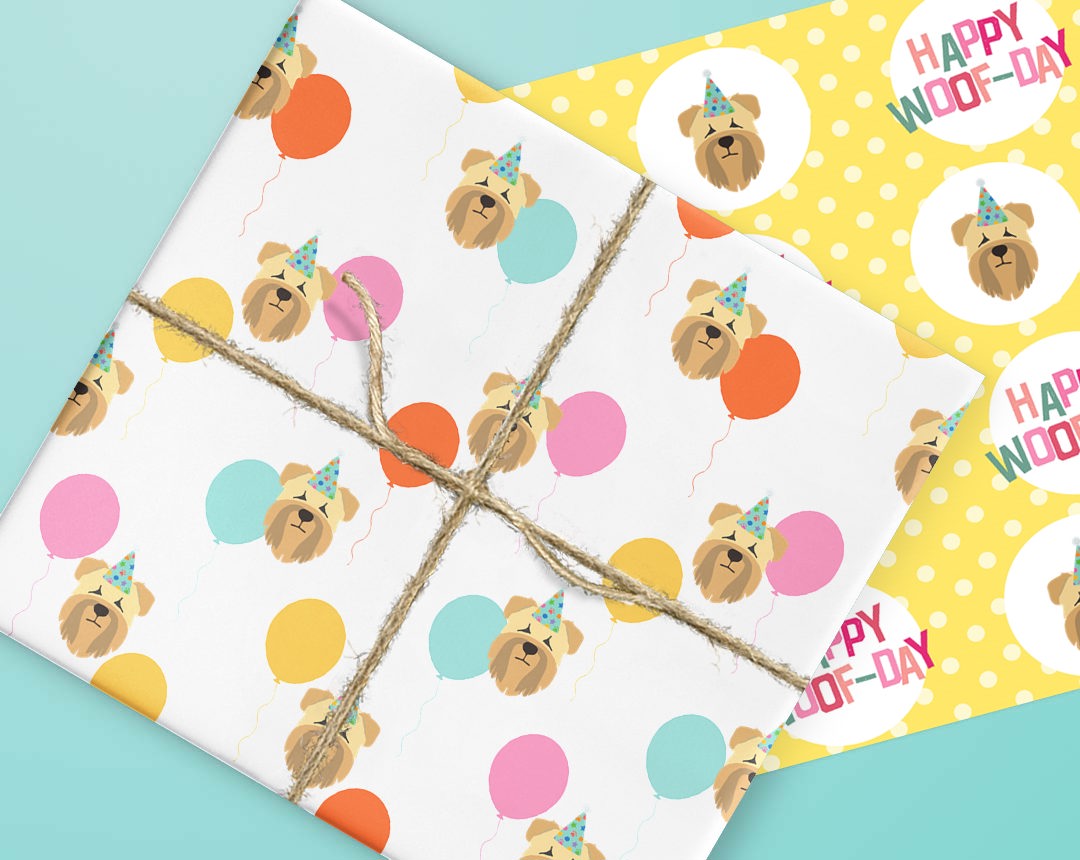 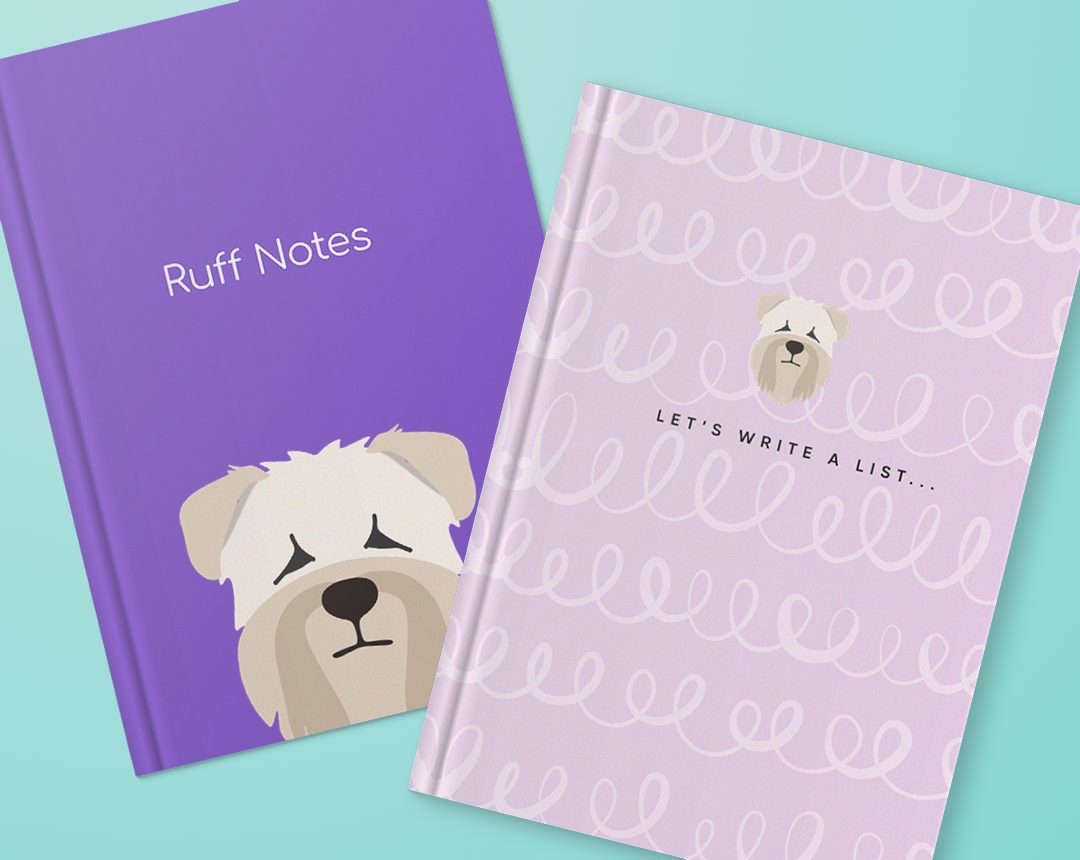 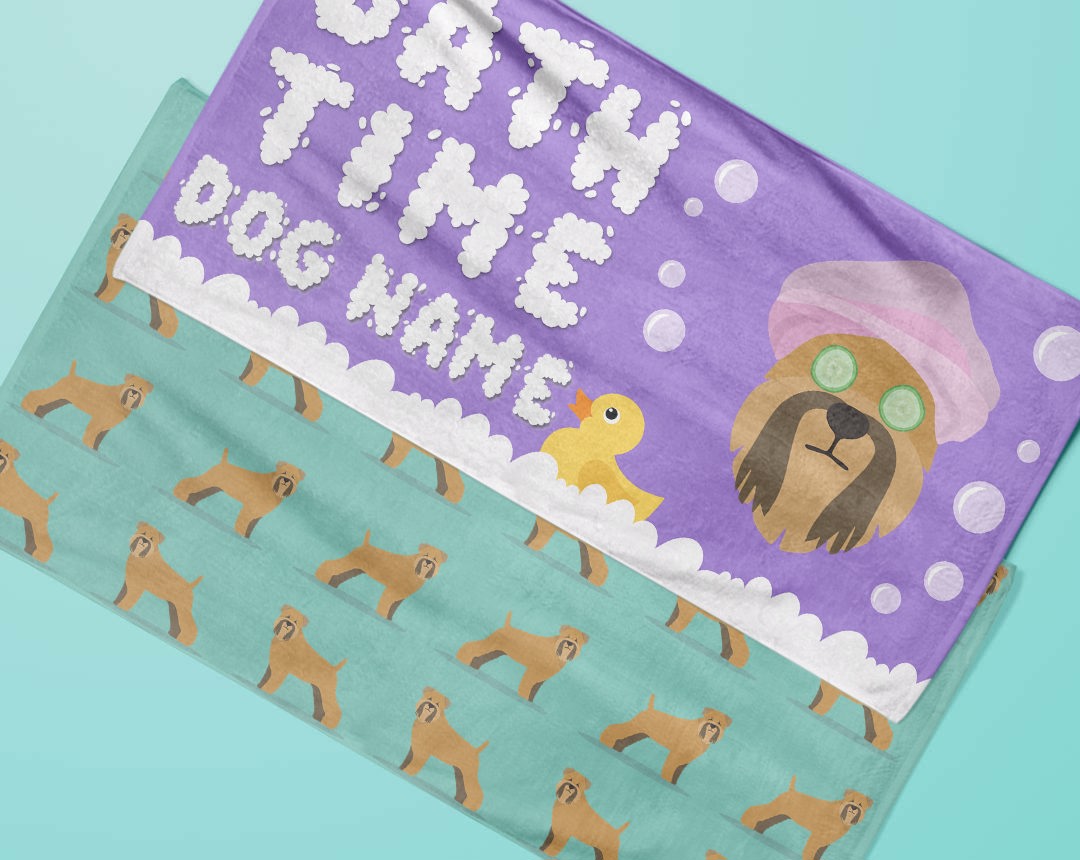 The Soft Coated Wheaten Terrier was considered a poor man's dog in Ireland as the common people were unable to own hounds of value. The Soft Coated Wheaten Terrier, Wheaten for short, was bred as a farm dog and vermin hunter and guarding the farm. The origins of the Wheaten are unclear because detailed records were not kept, but this breed is recognized as developing in the 1700s out of the need to maintain a working dog for farming and has given rise to more stylized breeds, such as the Kerry Blue, Irish, and Glen of Imaal Terriers. Despite this breed's long history in Ireland, it did not gain breed recognition until 1973.
The Soft Coated Wheaten Terrier has a fun, loving personality and is not snappish or scrappy like its other Terrier cousins. This breed is excellent with children and will keep them entertained for hours running around the backyard. The Wheaten is also a great dog for novice dog owners but tends to be a sensitive dog. Never use harsh words or hard training for the Wheaten, and it is best to socialize this breed early and often for best results. Despite this breed's former role as a guardian for the farms of Ireland, the Wheaten does not make for a good guard dog because he is uncommonly affectionate with strangers. Additionally, the Wheaten does very well with other dogs and loves to have fun. However, instinctual traits may make the Wheaten less than ideal for socializing with smaller animals, such as gerbils or rabbits due to its vermin hunting roots. High energy, bouncy, and fun-loving only begin to describe the activity levels and needs of the Wheaten and this breed is remarkably easy to train. The Wheaten loves his people and wants to please but requires a lot of attention and activity.
Not officially named the Soft Coated Wheaten Terrier until 1937, this breed has a long history in Ireland. The Soft Coated Wheaten Terrier is a moderate dog with no high stylization, or exaggerated features accept their long beards and the shaggy tuft of hair on their heads, known as fau. The moderate look and size of the Wheaten kept this breed under the radar of the British in the 16th and 17th centuries. British Penal Codes enacted in 1704 forbade the Irish from owning any dog worth £5 or greater in value. Additionally, if the British developed an interest in an Irish dog, the Irishman was legally obligated to sell his dog. The Soft Coated Wheaten Terrier was not an eye catching dog, and the Irish were able to breed and maintain these dogs as working farm dogs and vermin hunters. The Soft Coated Wheaten also proved a hardy, useful, smart dog and survived the Great Famine of the 1840s. By the 1900s, a series of Catholic Relief Acts had overturned many of the previous British Law that prevented the Irish from owning hounds and more stylized dogs. This led to a drop in Soft Coated Wheaten Terrier numbers as people chose dogs with greater features. The Kerry Blue Terrier, a breed said to have originated with the Wheaten, as well as the Glen of Imaal Terriers had already gained recognition and popularity while the Wheaten continued working the Irish farms. However, the 1930s saw a resurgence of interest in the Wheaten, and in 1937, the Soft Coated Wheaten Terrier was recognized by the Irish Kennel Club as its own breed. The first Wheaten Terriers came to America in 1946 and slowly grew in popularity before being officially recognized by the American Kennel Club in 1973. Today, this bouncy, high energy breed, despite all his excellent qualities, remains only moderately popular.