Enter your dog's name, select an icon and you'll instantly see EVERYTHING personalized just for your Segugio Italiano...
Get Started
or choose from over 300 breeds
or login to fetch your dogs
Choose your dog 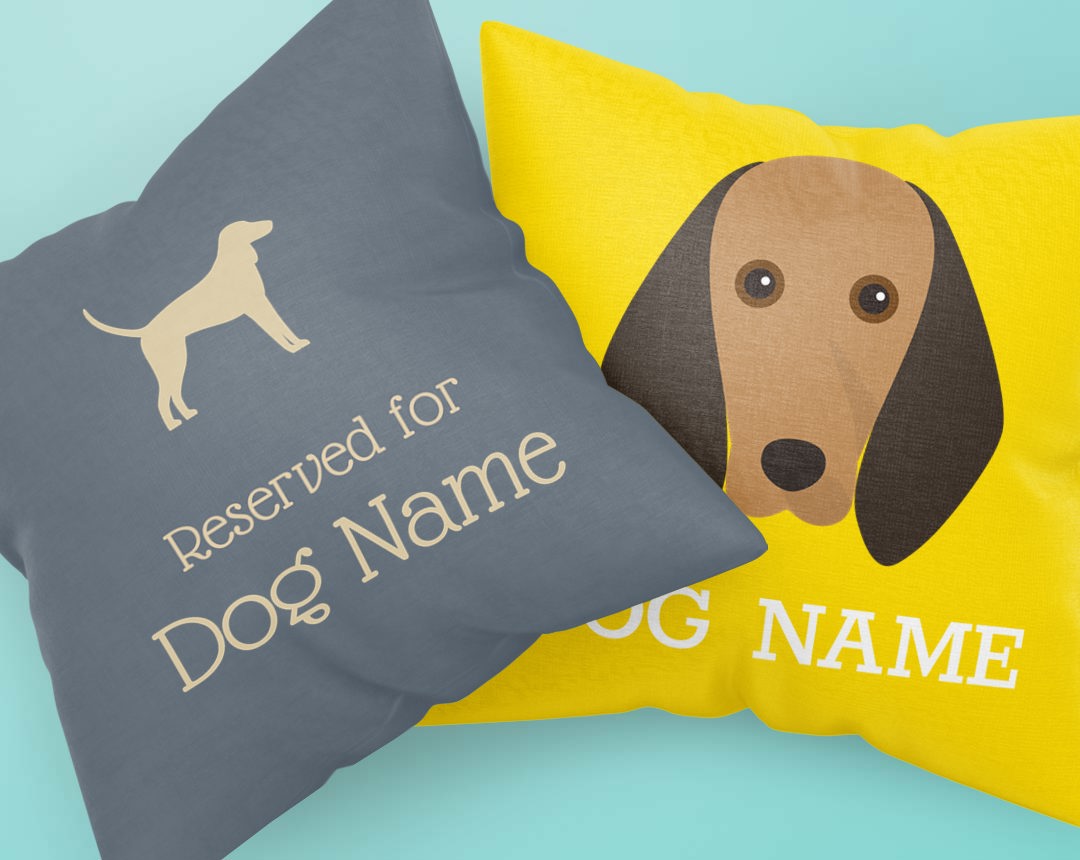 The Segugio Italiano is an ancient breed of dog, dating back thousands of years. This dog excelled as a hunting dog and was originally used in packs of dogs to hunt wild boar, but later became used for the hare and rabbit. Their sense of smell is exceptional. The Segugio is a dog that likes to be around people; they are very quiet and calm dogs. Gentle with children, they make ideal child minders. Eager to please, they respond best to a calm yet strong leader, who teaches through praise and reward. This dog has a ton of natural energy and would love a country setting. Although they do adapt to town living, they need regular exercise to maintain a healthy frame of mind. Socialized well when young, they become friendly and affectionate companions. They need to be taught when young to be left for short periods of time, to get them used to their own company. The Segugio Italiano has a natural ability to learn, and they are eager to please. They can have a touch of stubbornness, usually if training is becoming boring. Gentle and friendly with other dogs, their high hunting instincts render them not so good with smaller pets. They are not suitable for apartment living, requiring too much exercise and having a loud, melodious voice when stating an opinion.
Although the Segugio Italiano is mostly known as a hunting dog, the Segugio is a kind, gentle dog that will adapt admirably to family life. A home without other small furry pets is probably the wisest, as they have strong hunting instincts that may spell disaster for other small critters. They adore children, making ideal playmates, and are gentle and protective, never aggressive. They may bark to warn of strangers, but will not attack. While not a clingy dog, they do love to have company and will resent being left alone. Boredom can soon set in if they are not cared for or are left too long, which can result in destructive behavior. You may come home to a redesigned garden, or if left inside they may have done an instant makeover of your lounge. Floating pieces of fluff in the air is an indication of the mischief your dog has had by entertaining themselves. The Segugio Italiano responds to kind but firm guidance; they need a strong pack leader that they can respect and want to obey. Although they can have a touch of stubbornness (like most of the Hound family members), they are intelligent and reasonably eager to please. Incentives such as praise and the occasional treat will get you past this stumbling block. Elegant and delightful, the Segugio Italiano is a unique and gentle dog for a family pet.
The history of the Segugio Italiano is lost to the past, but it is acknowledged to be an ancient breed, often quoted as being a descendant of the Pharoah Hounds of the Middle East. In times of ancient Gaul - now France, they were established with local tribal groups of the region. The Romans adopted the Segugio Italiano upon their invasion of the country and the breed was moved to Italy where further refinement took place and the work use of the Segugio Italiano expanded. The Segugio was known to hunt in packs for the infamous Emperor Caliguli and were depicted in statues of Diana, the Goddess of Hunting. You can find artifacts to substantiate this in the museums in Italy, the Vatican and elsewhere in Europe. The Segugio Italiano hunted in large packs, and although not as good as the Bloodhound in tracking prey, they did possess the instinct to capture or kill prey in their master's absence. The demand for this elegant dog decreased, and they became quite rare in the nineteenth century. Introduction of some Mastiff blood into the pedigree developed this dog into an animal that was more versatile, even capable of working alone. This new trait appealed to the hunter who wasn't interested in keeping large packs of dogs to hunt. While they are now a popular dog within their homeland, their popularity has not spread far beyond the borders. But this beautiful dog has gained ground amongst the locals and is now considered as one of the ten most popular breeds within their homeland of Italy.