Enter your dog's name, select an icon and you'll instantly see EVERYTHING personalized just for your Rottweiler...
Get Started
or choose from over 300 breeds
or login to fetch your dogs
Choose your dog 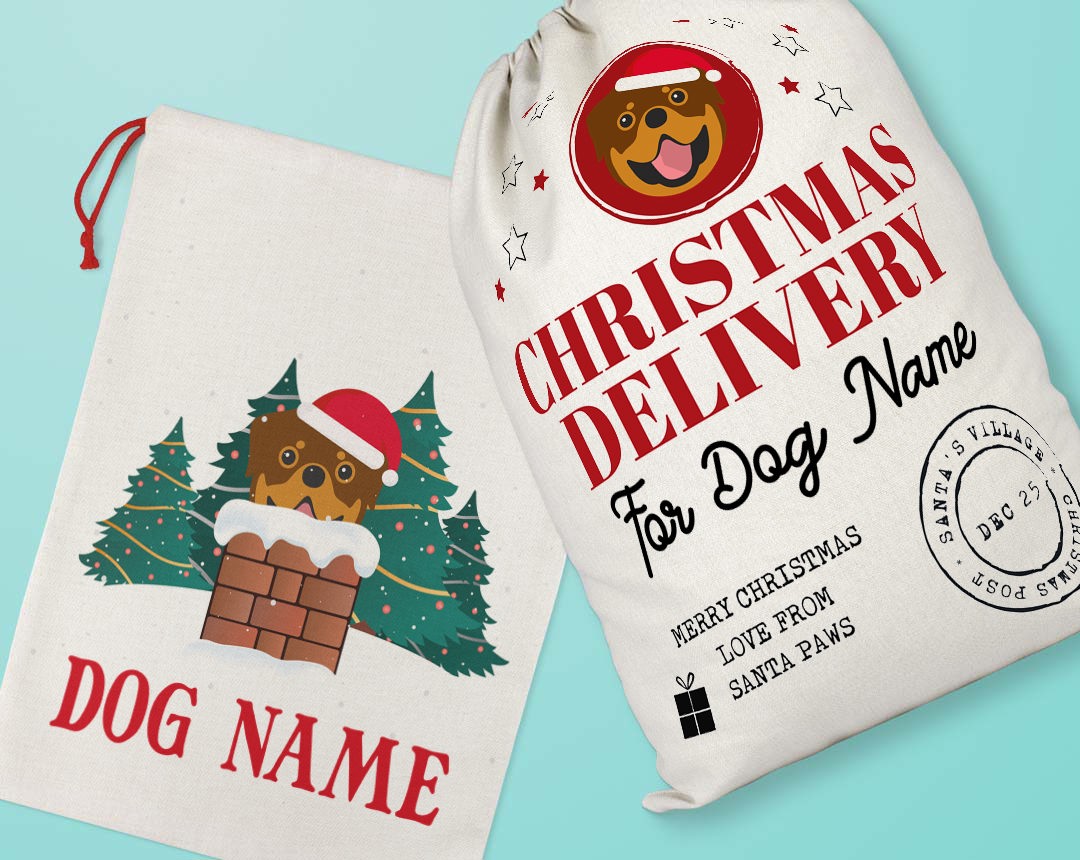 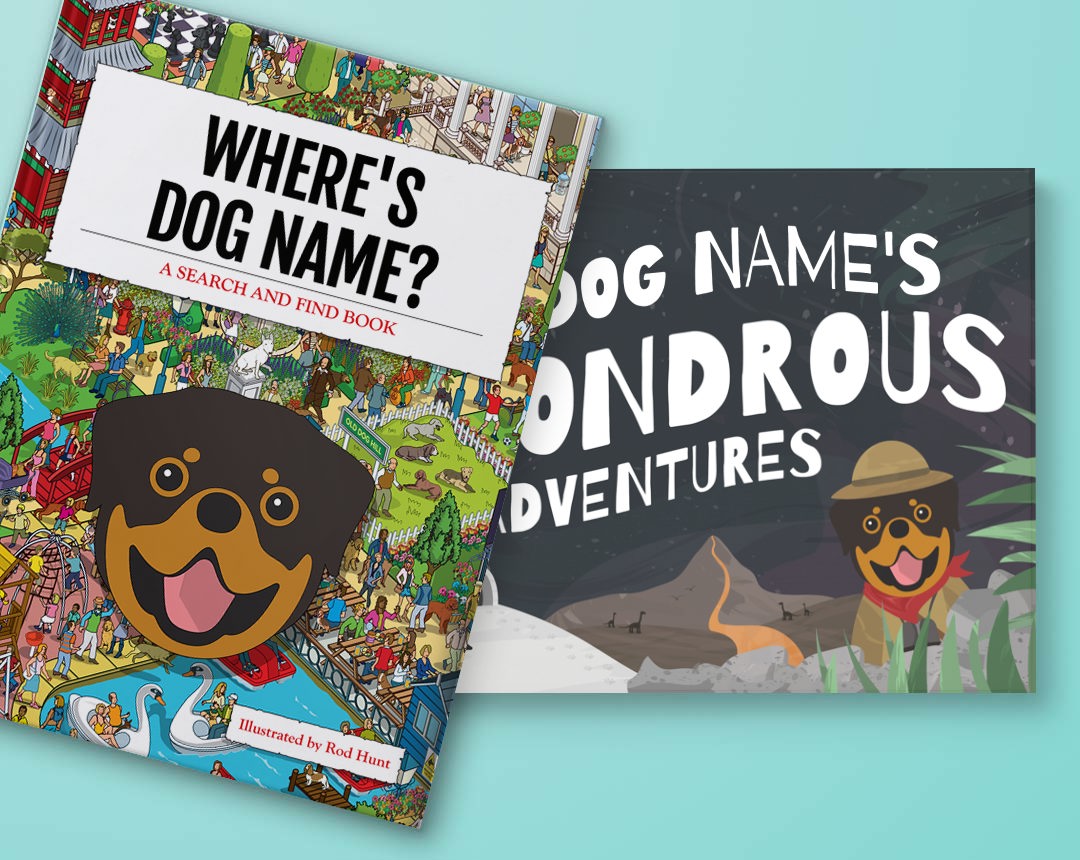 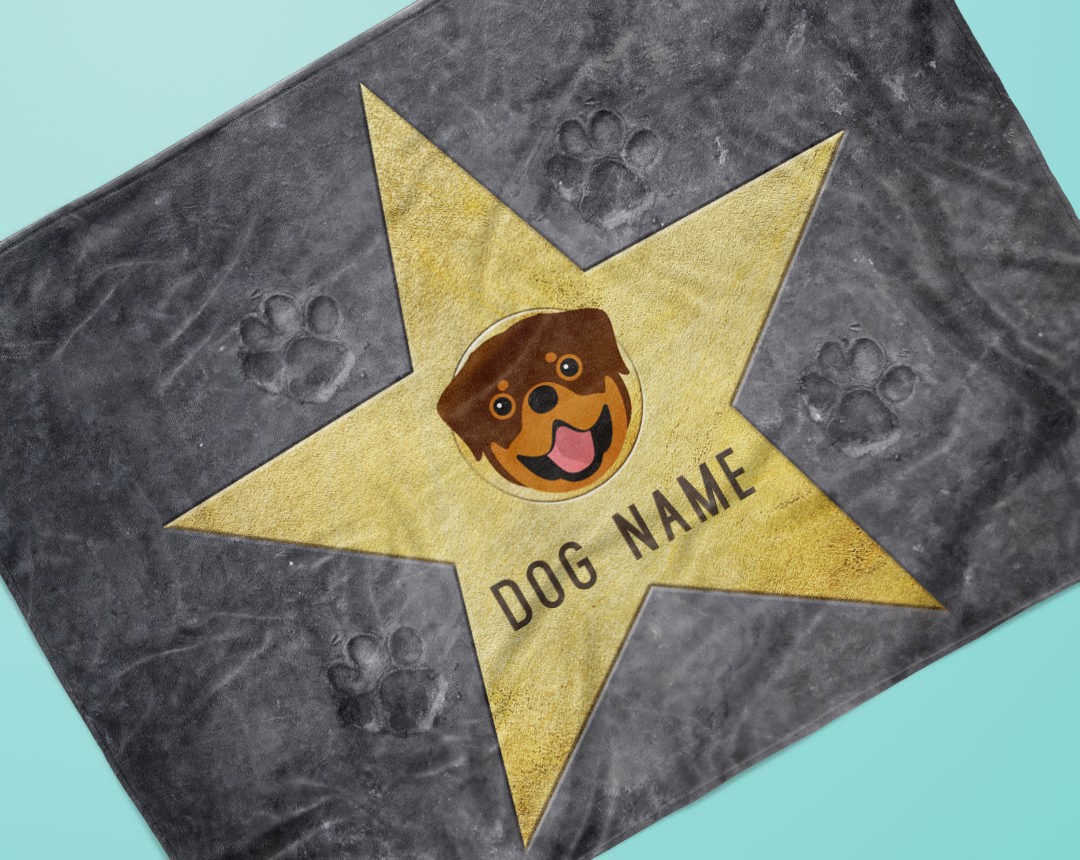 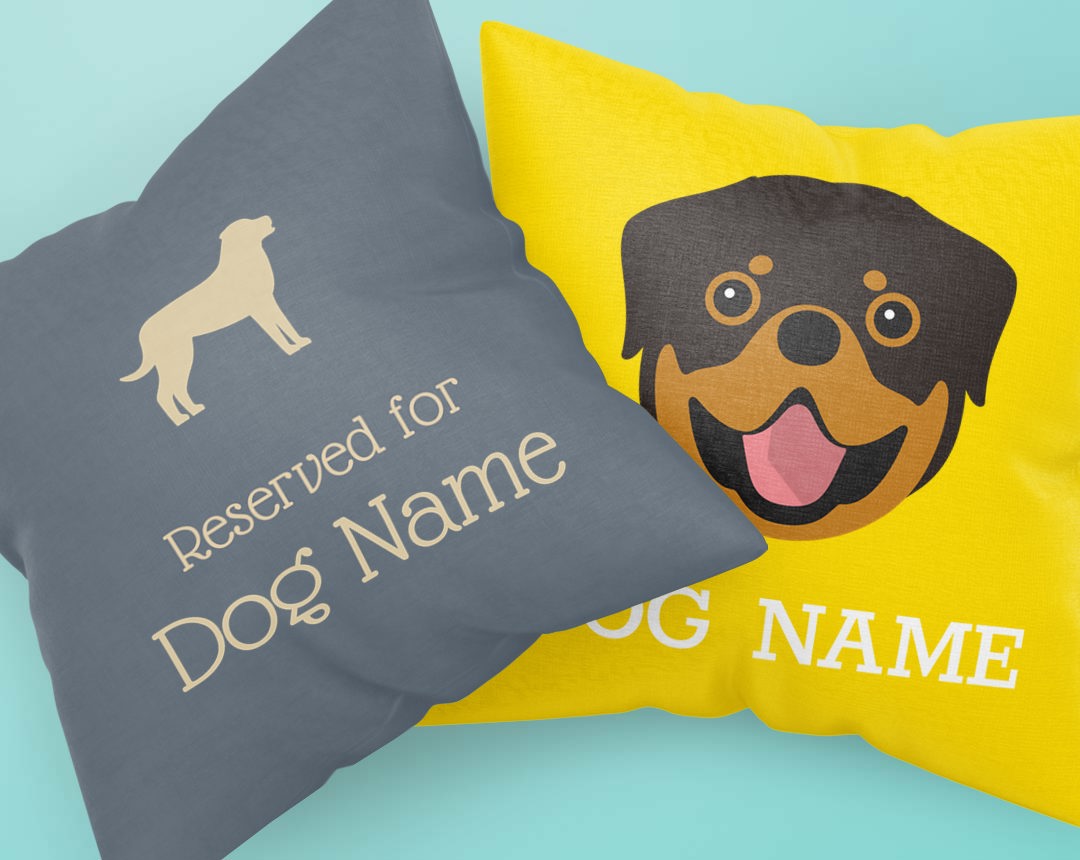 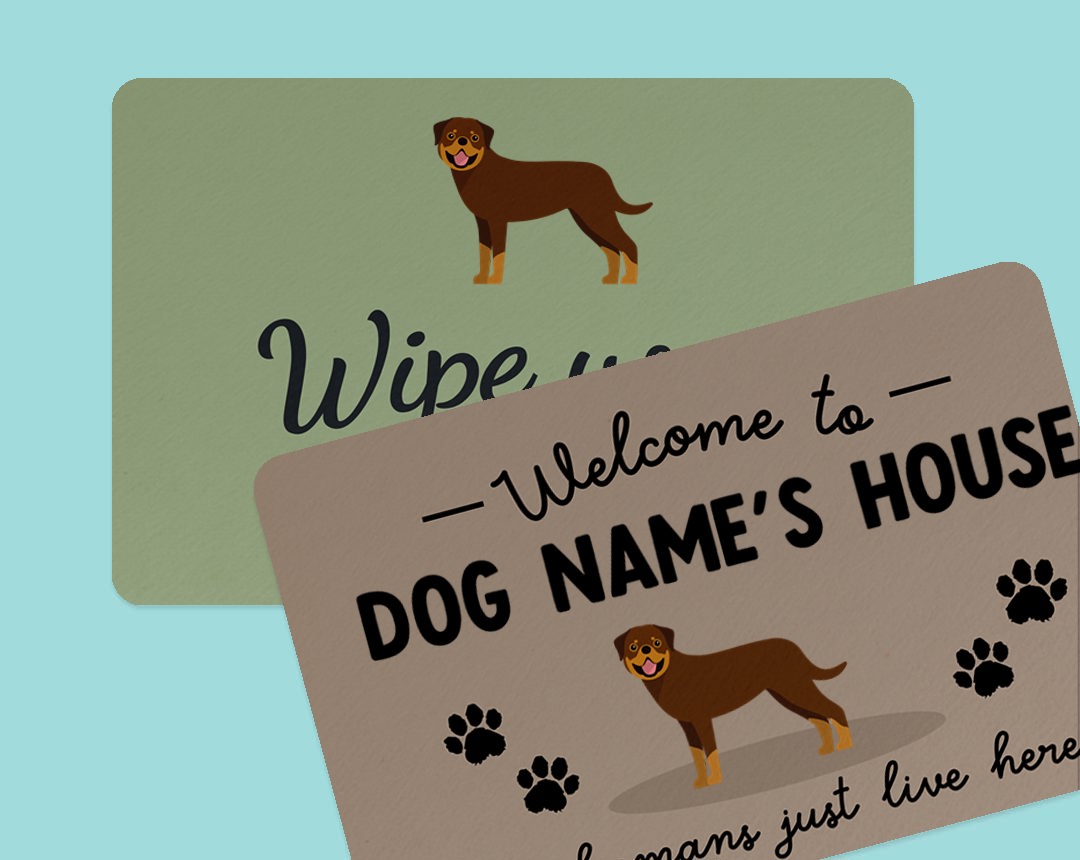 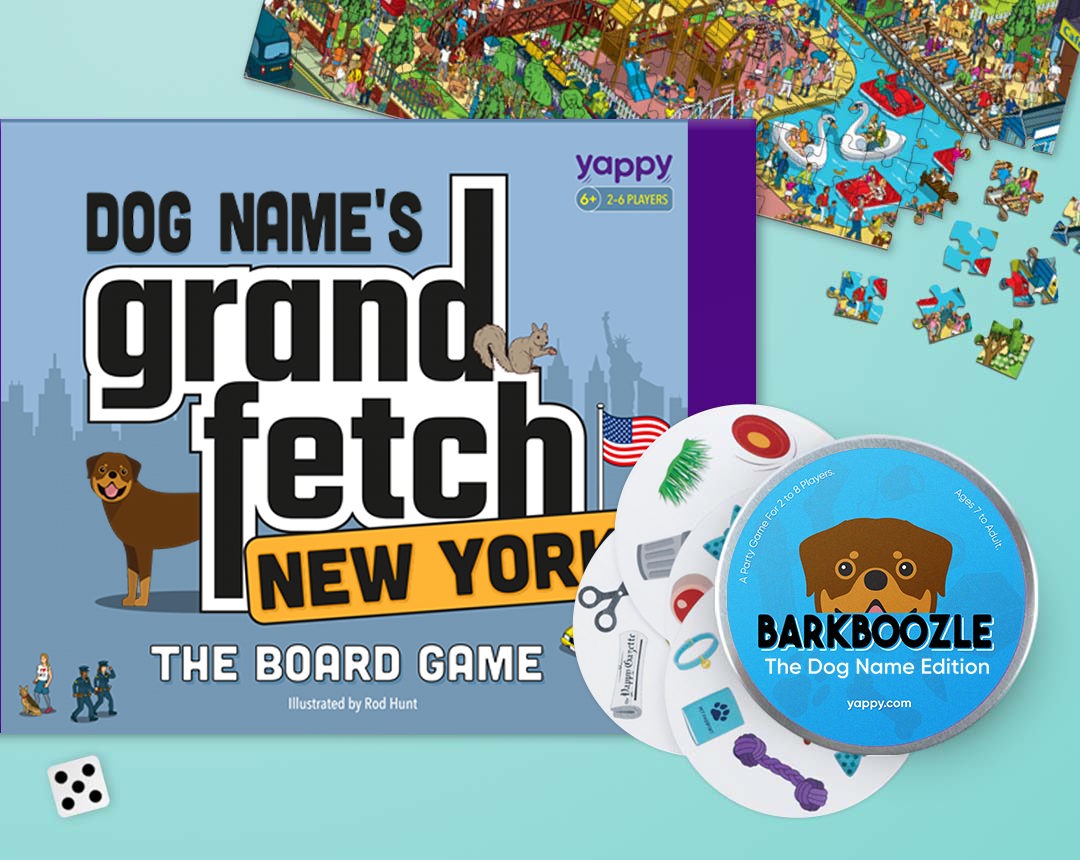 The Rottweilers’ ancestors, a Mastiff-type dog, laid the foundation to this newer breed, having marched to Southern Germany with Romans during Ancient times, they mated with local dogs to create a similar breed to the one we all know today. Over 600 years later, new inhabitants of this same area found red tiles left behind from the Romans and named their new town ‘das Rote Wil’, or in English, ‘The Red tile’, thus the name of this historic breed! This breed was then used to drive cattle from town to town for butchering, where it nearly became extinct. It wasn’t until 1882, where a Rottweiler was exhibited as a dog show, that the breed began to flourish. They are now well-known for working alongside the police and also as family pets!

This breed are fierce guardians of their ‘hooman’ families and similar to their ancestry, remain as a strong and powerful dog. They make natural guard dogs, due to their suspicion of strangers and powerful stance. Because of their protective personalities, it’s vital that these doggies are socialized from a young age, so that their protectiveness can be channeled more efficiently and not take over!  Without proper training, they can become bullies, which is not how this breed has been reared to be. They are not naturally vicious dogs and are easy to train due to their high intelligence. They also make wonderful companions, despite some people’s pre-conceptions about the breed. They are a loyal, misunderstood group of doggies, but with the right owner, will make a fabulous friend and protector for many years.

The Roman Empire was the organizing force behind Western Europe’s formative years, and dog breeding was among the many pursuits forever altered by the Roman genius for practical problem solving.

When conquering Roman legions marched to far-flung corners of the world, they brought their herds with them as food on the hoof. The army required tough, durable dogs to move and guard the herd. Utilizing Asian mastiff types as breeding stock, the Romans developed the distant ancestor of today’s Rottweiler. For centuries the legions struggled to contain Germanic tribes, the so-called barbarian hoards, massed on the Empire’s northern borders. The dogs the Romans brought to these areas became foundation stock for many German breeds.

In the centuries after the empire’s collapse, the Roman drover dogs found work in the cattle town of Rottweil. It was here, moving herds from pasture to market and protecting all concerned from bandits and rustlers along the way, that they earned the name Rottweiler Metzgerhund, or Butcher’s Dog of Rottweil.

The Rottie’s career in livestock ended with the rise of the railroad cattle cars in the 1800s. They found new work as police dogs, personal protectors, and all-around blue-collar dogs capable of performing various heavy-duty tasks. Rotties were among the first guide dogs for the blind, and in more recent times they distinguished themselves as search-and-rescue workers at such disaster sites as Oklahoma City and the World Trade Center.

Considering the many roles the breed has played during its long history, it is remarkable that the Butcher’s Dog has changed little in form and temper since its first German breed standard was drawn up in 1901.