Enter your dog's name, select an icon and you'll instantly see EVERYTHING personalized just for your Old English Sheepdog...
Get Started
or choose from over 300 breeds
or login to fetch your dogs
Choose your dog 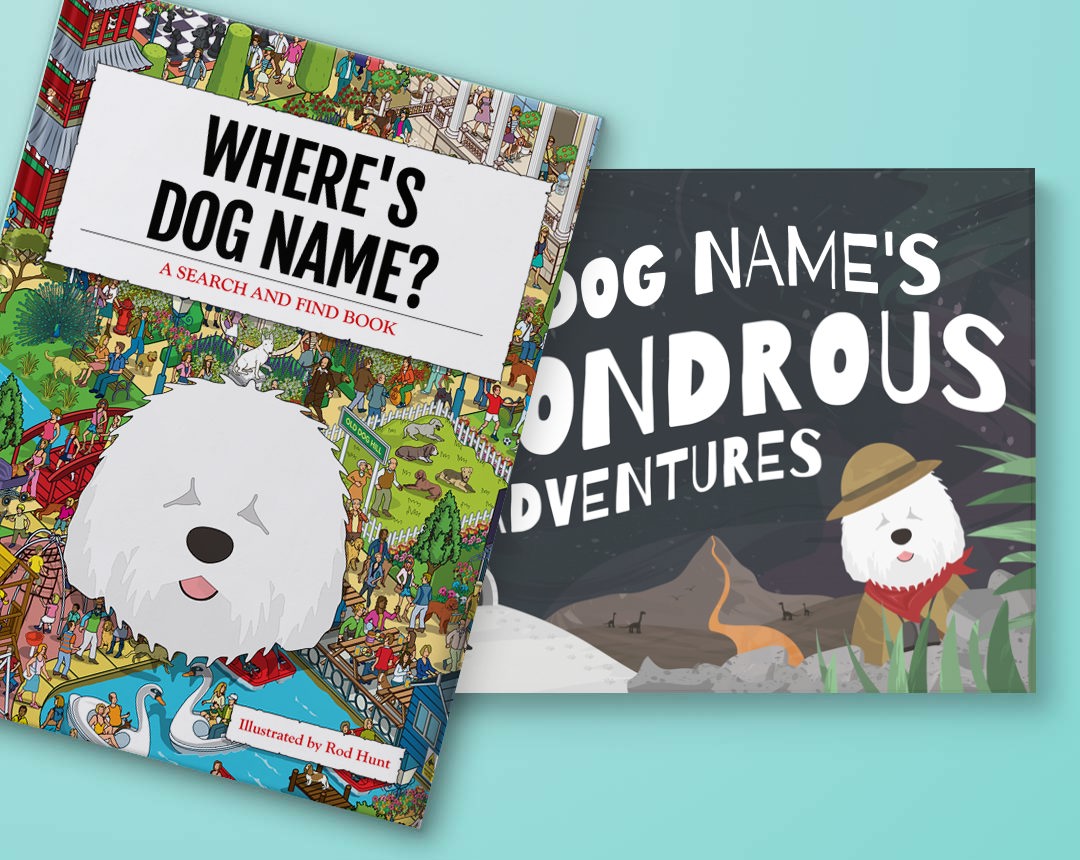 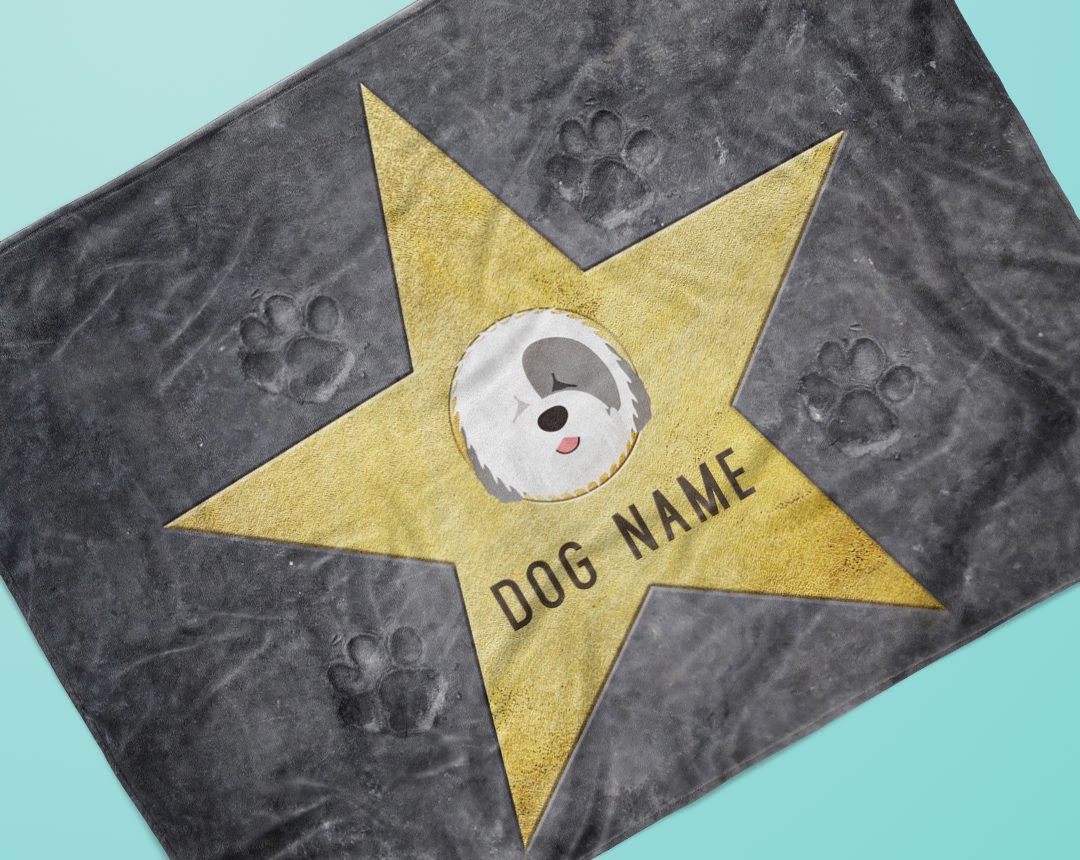 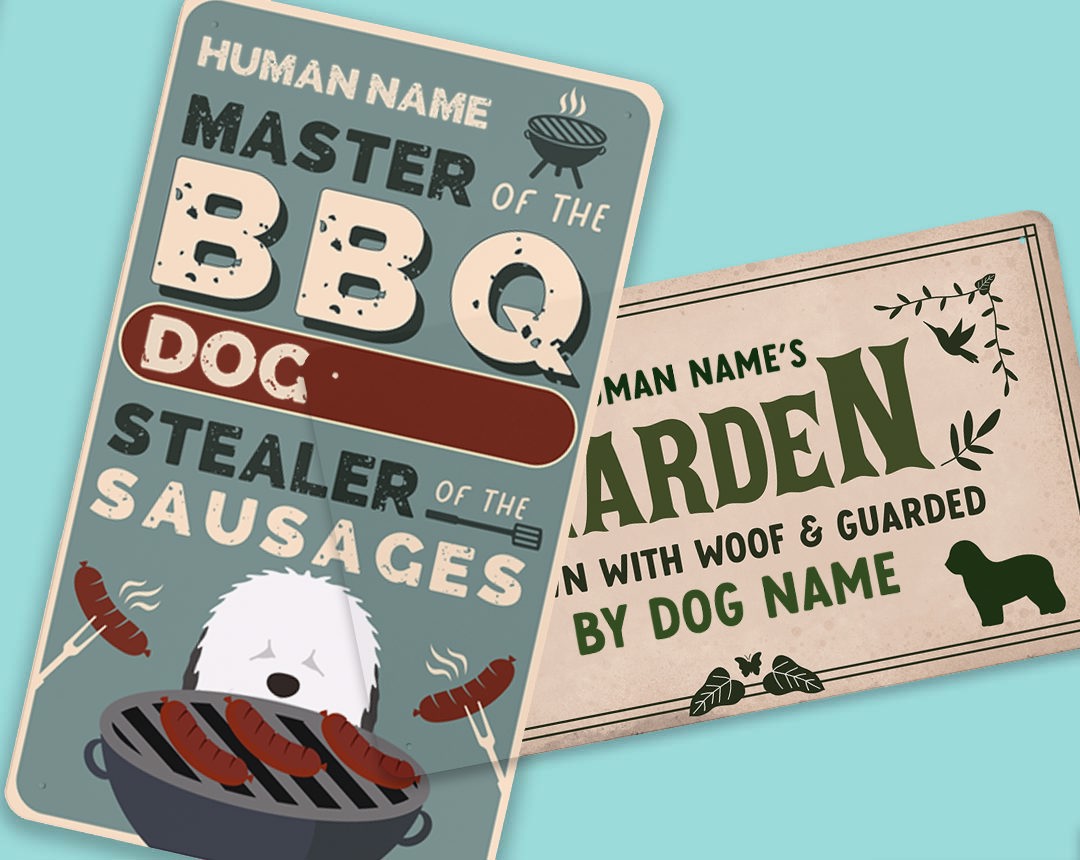 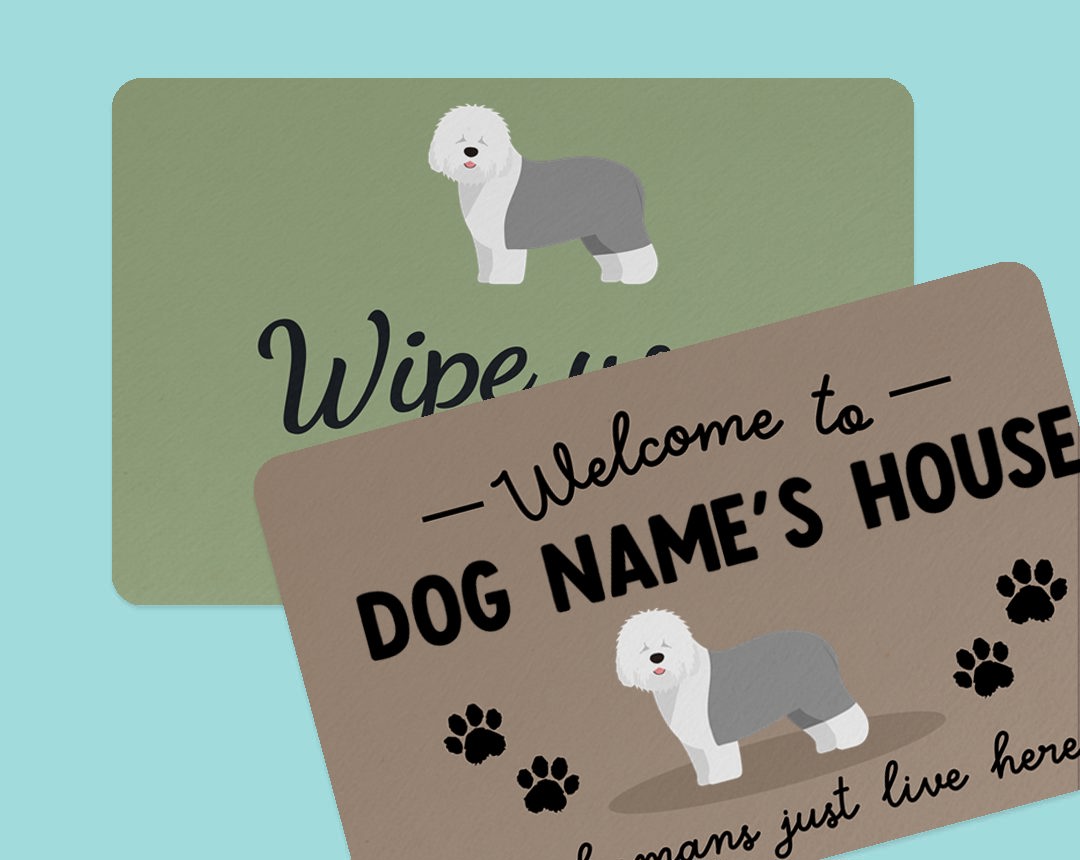 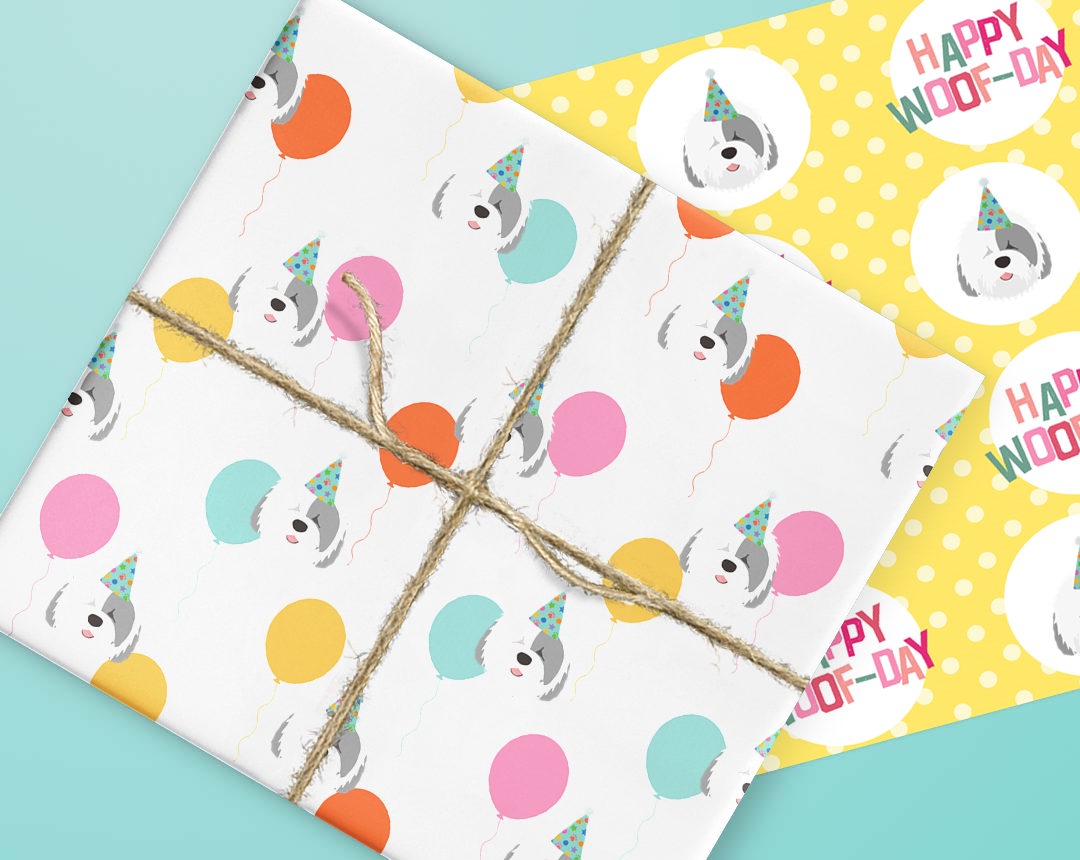 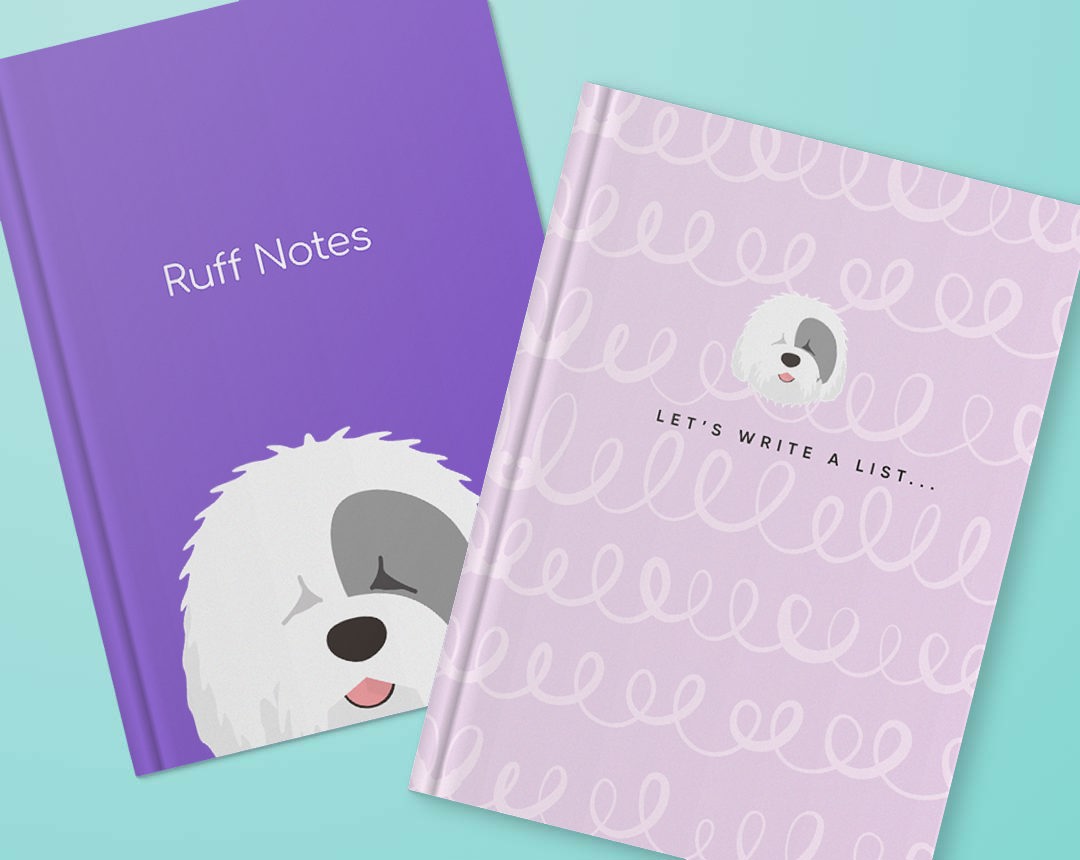 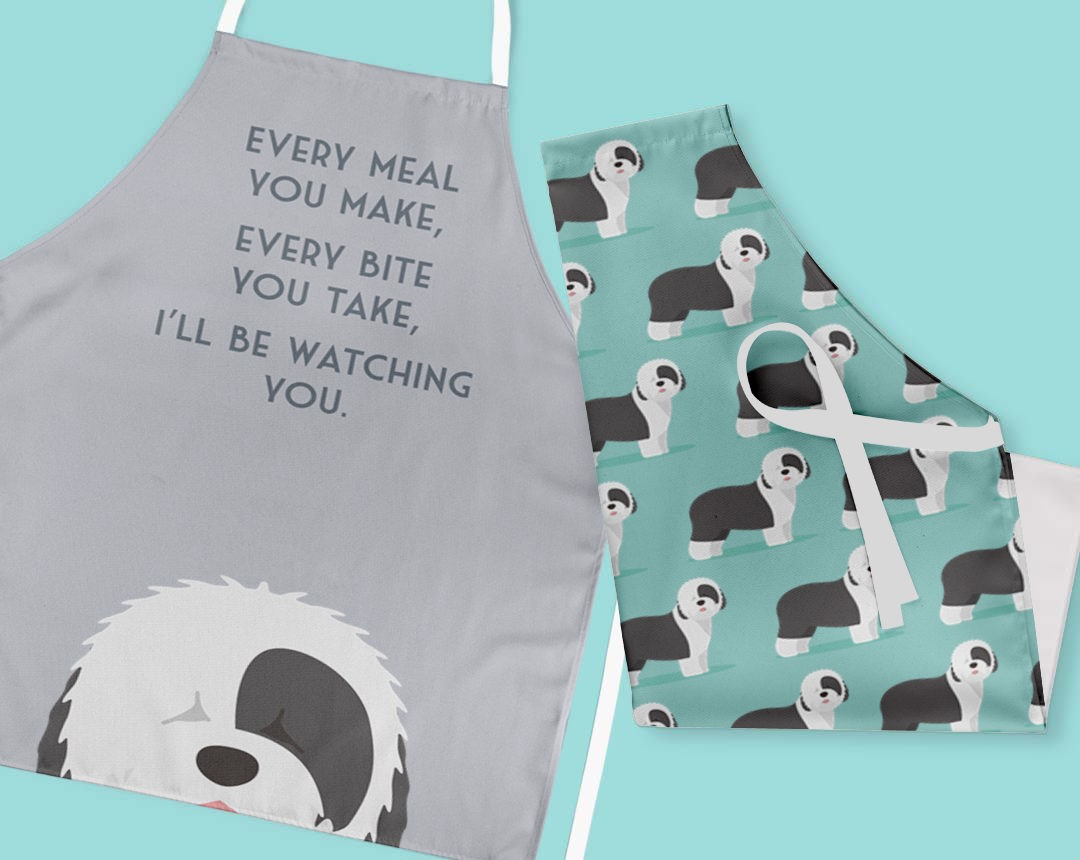 As their names may suggest, these dogs are a fairly old breed native to the UK, and are also considered to be one of the most iconic breeds in the country. Additionally, they have very affectionate and loyal personalities, which in turn means that they make lovely pets. Their popularity has spread beyond the borders of the UK and they now make fantastic pets all over the world!

However, because they love us hoomans so much, they are prone to developing separation anxiety, which means at least one person needs to stay home for most of the day so that they can get all the love and attention that they deserve!

This breed are incredibly easy-going and paired with their bumbling characters, they really are comical looking pooches! Old English Sheep Dogs love the comfort of home life and being around their hoomans – who can expect grooming to last up to four hours a week! They are a very intelligent and athletic breed and are often seen in obedience, agility and herding contests. They are extremely adaptable, and you may be surprised to know that they cope well living in apartments, so long as they get plenty of walkies! Due to their love for their families, they often suffer from separation anxiety if left by themselves for too long. They get on incredibly well with other animals; whether that be a cat, a dog or a hamster!

The Old English Sheepdog, like the Bulldog and Collie, stands among the truly iconic dogs of the British Isles. The “Bobtail,” as the breed is often known, was most likely developed in the west of England, in the counties of Devon and Somerset and the Duchy of Cornwall.

The name Old English Sheepdog is something of a misnomer. As a creature of the late 1700s, the OES is not particularly old by canine standards. By blood, they aren’t fully English possibly including dogs of Scotch, European, and Russian ancestry. And, technically, they aren’t even sheepdogs: they were employed primarily as drovers who moved cattle over dusty country roads, from the pasture to town markets. In Germany, around the same time, the Rottweiler was building a similar reputation as a “butcher’s dog.”

With their full coat, free and powerful gait, and warm personality, OES show well in the ring. They were present at the sport’s very beginnings. Stockmen have been exhibiting their OES in England since 1865. The AKC registered its first OES in 1888, and in 1914 the breed made its debut appearance in the winner’s circle at Westminster Kennel Club.

Their looks and intelligence make OES natural actors, seen to good effect in Disney’s “The Shaggy Dog” and “The Shaggy D.A.” Among the most famous real-life OES was Paul McCartney’s Martha, who inspired the Beatles song “Martha My Dear.”