Enter your dog's name, select an icon and you'll instantly see EVERYTHING personalized just for your Mastiff...
Get Started
or choose from over 300 breeds
or login to fetch your dogs
Choose your dog 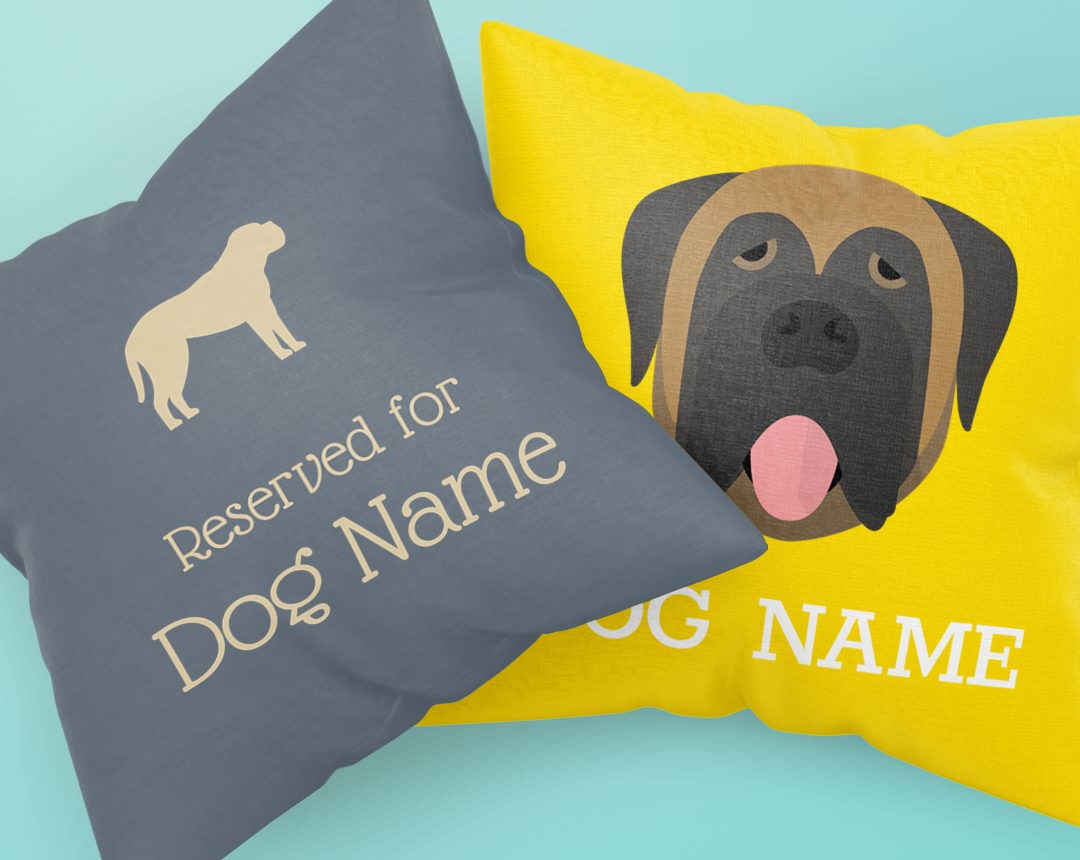 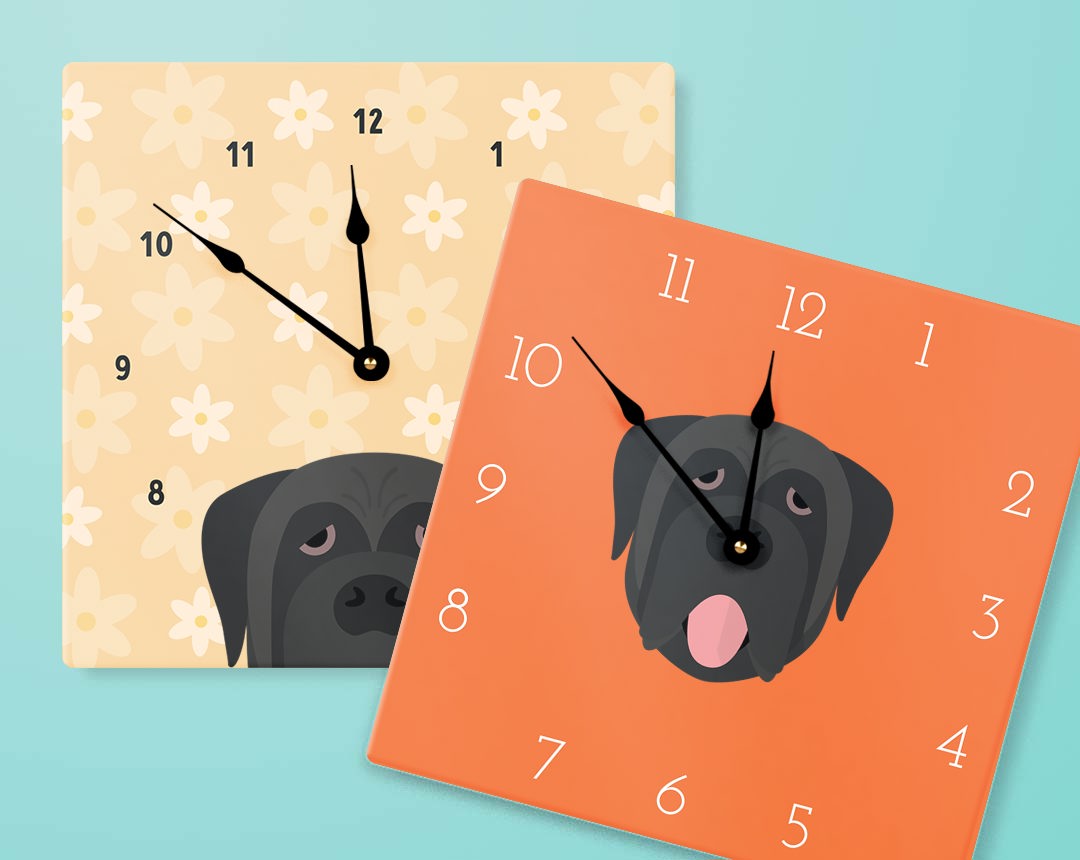 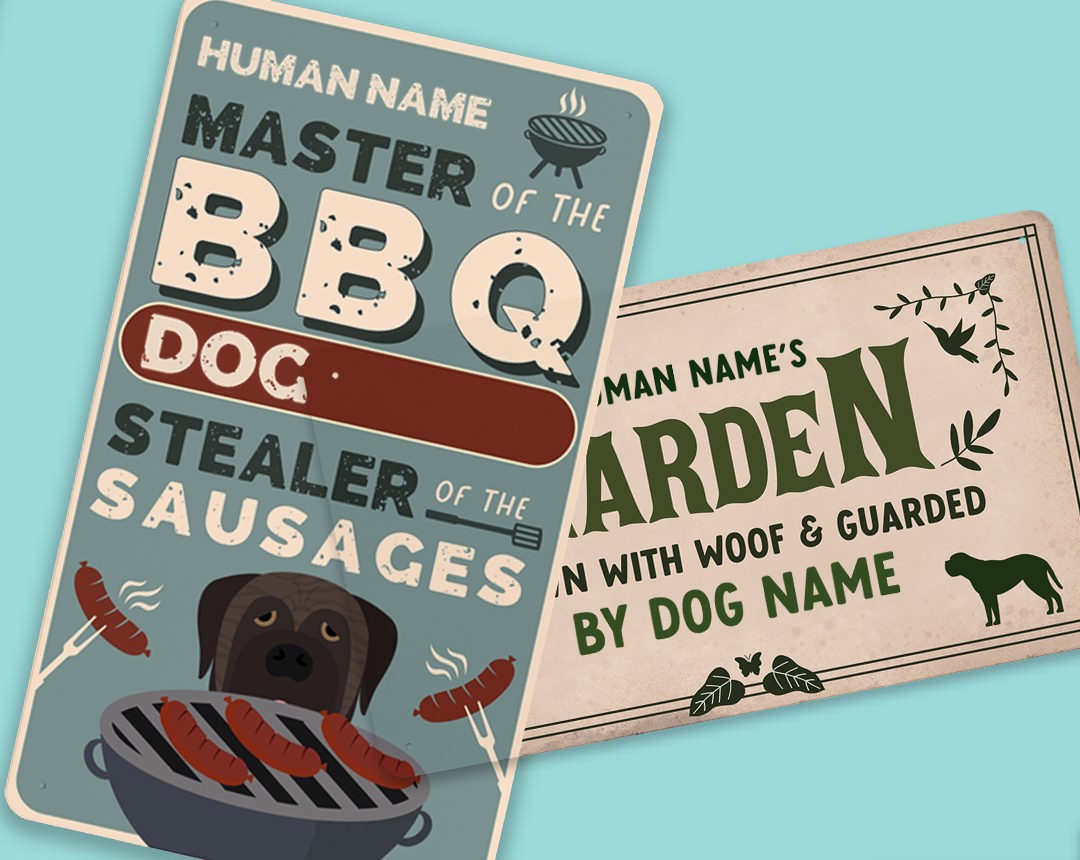 These giant dogs are just gentle beings at heart. They are very intelligent and calm in nature and thrive within the home environment, loving to be involved in every aspect of family life! Mastiffs adore their humans and often form very strong bonds with their families and ideally need to have at least one person around for most of the day.

They need plenty of mental and physical stimulation in order to remain fit and healthy. They are also prone to putting on weight, so they need to be carefully monitored and exercised.

Fun Fact: It's thought that Hannibal had Mastiffs with him when he crossed over the Alps!

Although they may look fairly terrifying, Mastiffs are actually very gentle and loving. They form very strong bonds with their families and are fairly good around strangers as well! However, if they feel like they or their families are being threatened, they are quick to defend themselves against threat, making them fantastic watchdogs.

They are not the best breed for first time owners, and would better suit owners who have had experience with similar breeds. Additionally, they need plenty of training and socialization to mature into well-rounded and happy dogs. If you put the slobber and fairly expensive food bills aside, they make lovely family pets.

In tracing the history of this noble breed, we can avoid confusion by noting the distinction between mastiffs, with a lowercase “m,” and Mastiffs, the traditional giant breed of England, sometimes called the Old English Mastiff. Dogs known as mastiffs have been known around the world for thousands of years. Surviving evidence from ancient Egypt, Greece, Rome, China, and Tibet all bear traces of ferocious giant canines classified as mastiffs. The Tibetan Mastiff and Neapolitan Mastiff are examples of these ancient breeds that have endured to this day.

The British mastiff type, the AKC breed we know as the Mastiff, is similarly ancient breed. When Julius Caesar led an invasion of Britain in 55 b.c., he was impressed by the mastiffs who helped defend the island against his legions and made note of it in his campaign journal. British mastiffs were brought back to Rome to battle wild beasts and human gladiators in the arena.

The Mastiff as we know it came into focus in medieval England, used as big-game hunters, nighttime guardians of estates, and war dogs. In the “Canterbury Tales,” Chaucer calls them “Alaunts” (a French breed name) and says they were “as great as any steer/To hunt at the lion or the deer.” Mastiffs fought alongside the British against the French in 1415 at the Battle of Agincourt, later immortalized by Shakespeare.

At the end of World War II, England stood victorious but depleted. It was estimated that only 14 Mastiffs survived in the entire country. The Mastiff population was rebuilt with the help of U.S. breeders who exported specimens from good British stock back to the mother country. Today’s Mastiff is more docile and friendly than his ancient forebears, but no less courageous.