Enter your dog's name, select an icon and you'll instantly see EVERYTHING personalized just for your Labradoodle...
Get Started
or choose from over 300 breeds
or login to fetch your dogs
Choose your dog 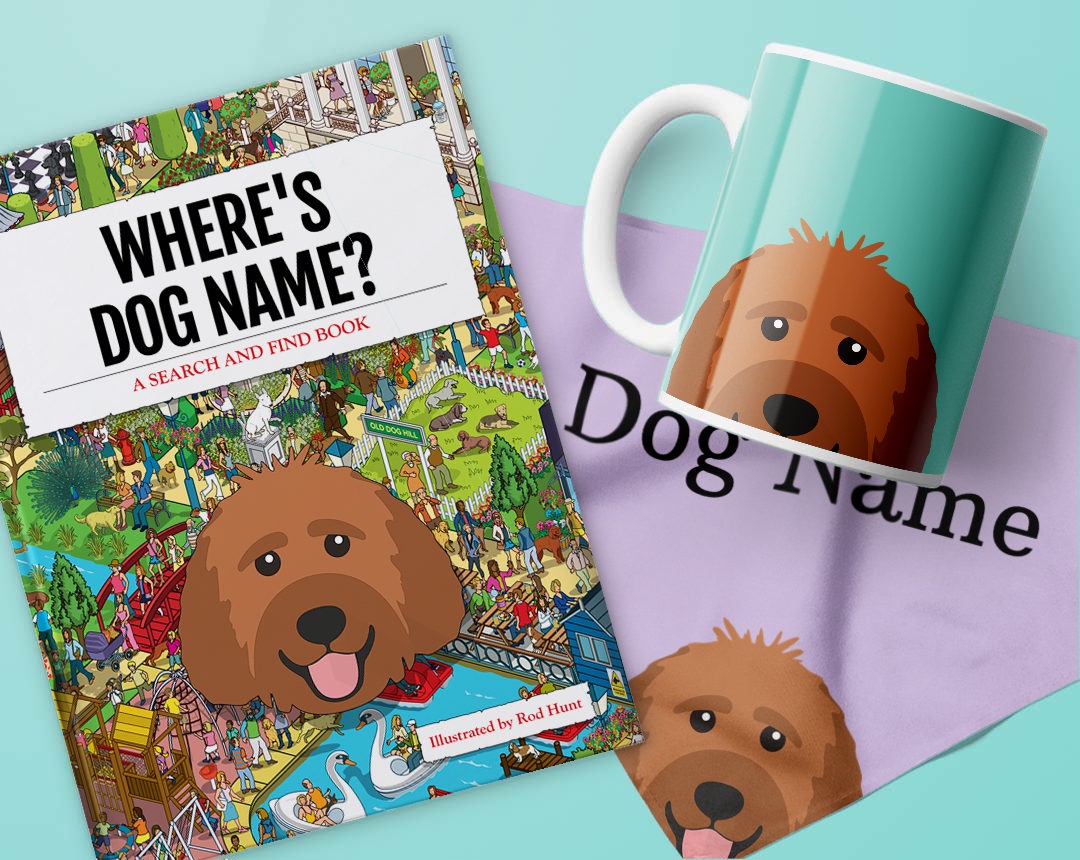 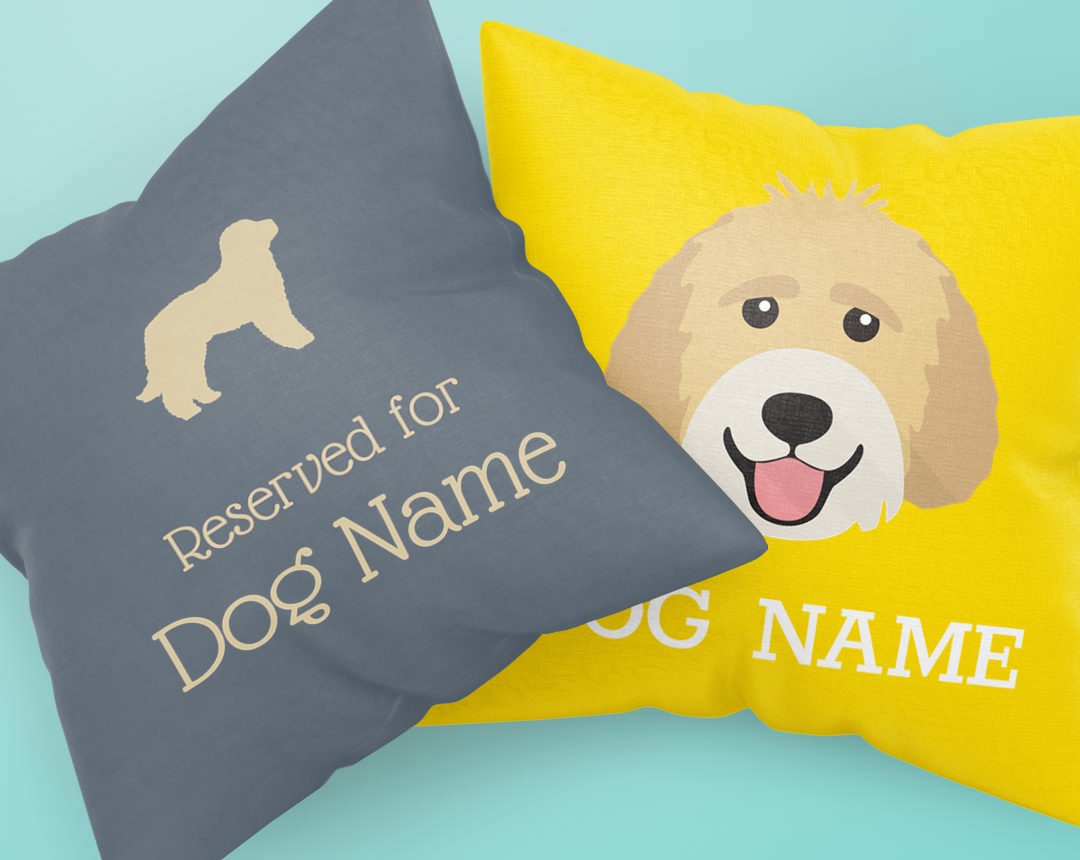 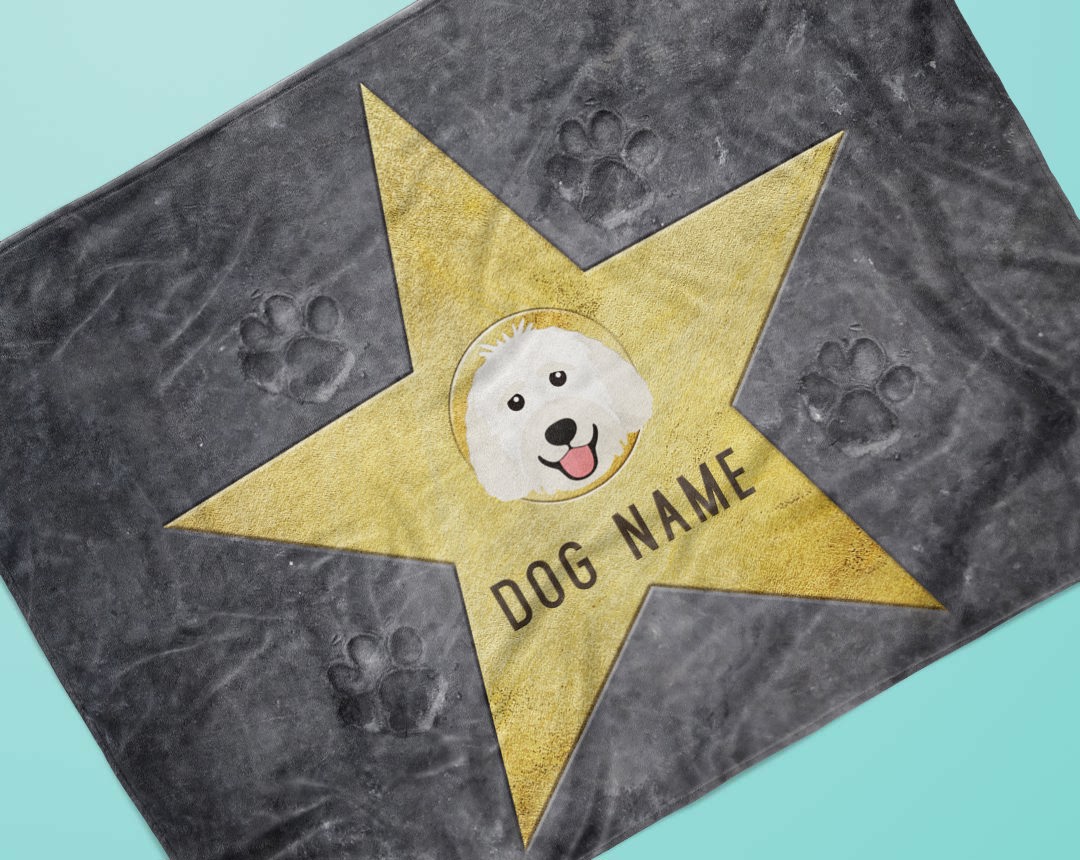 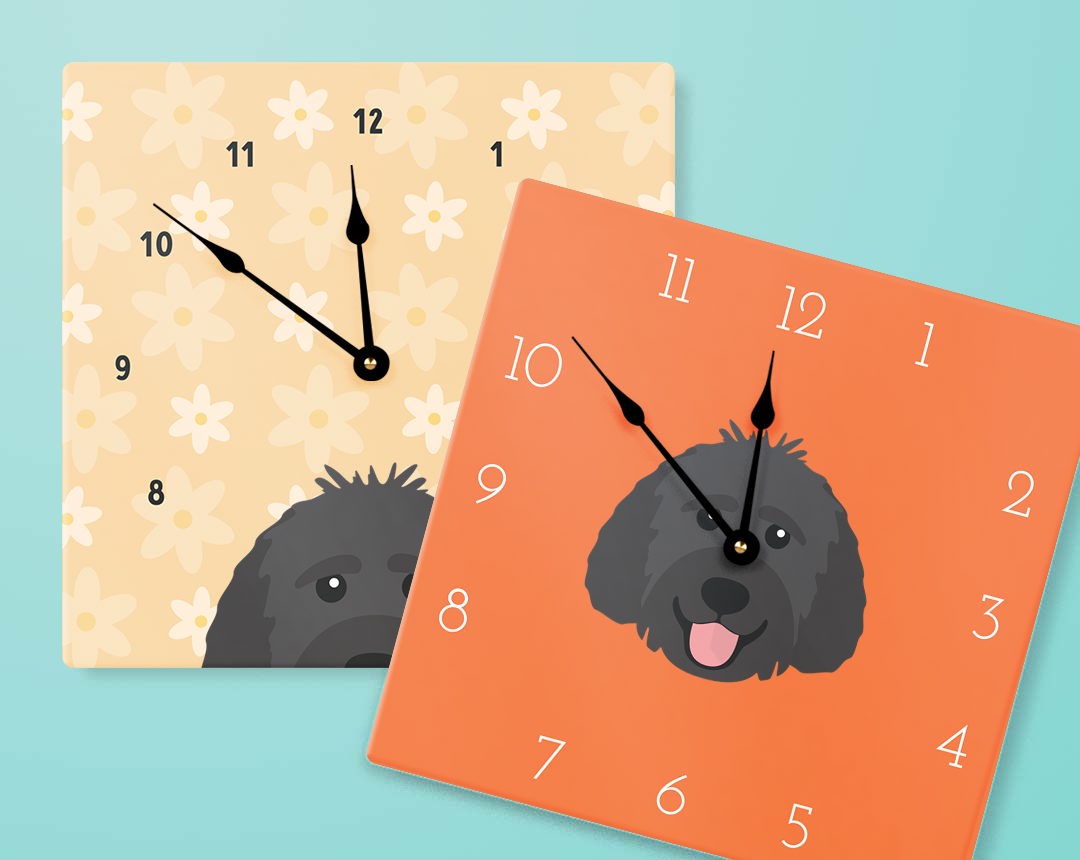 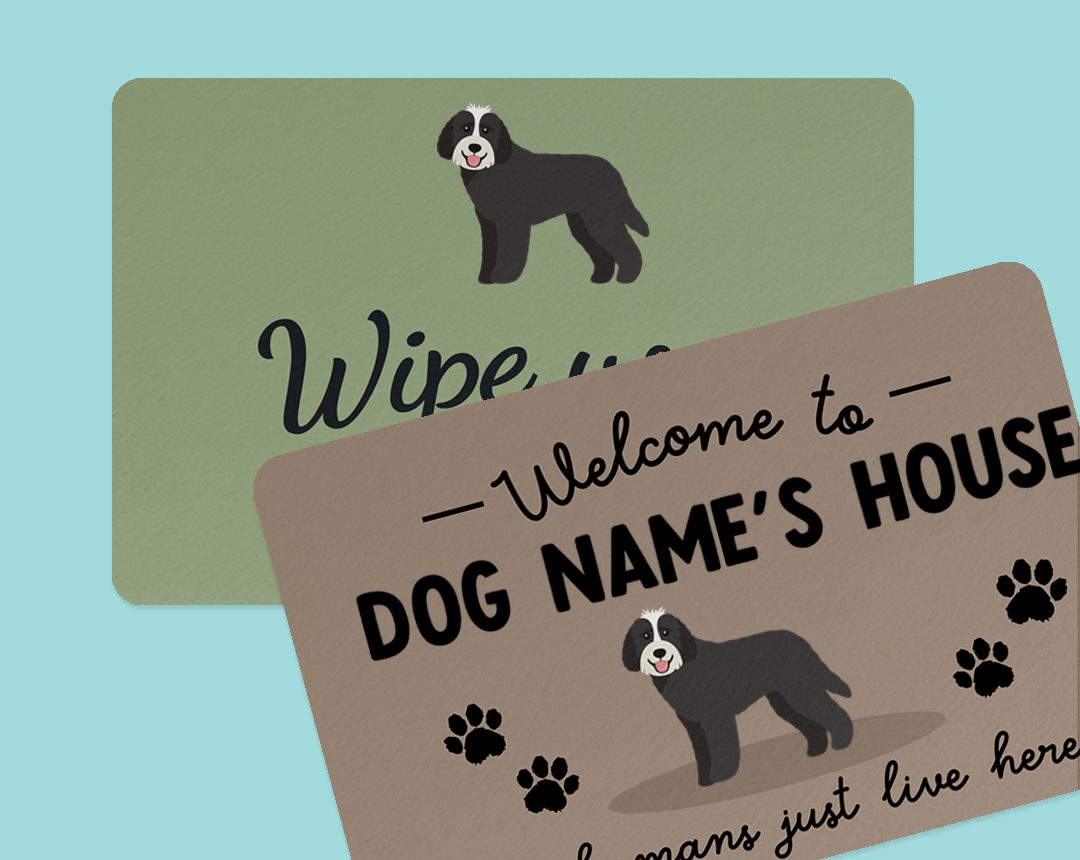 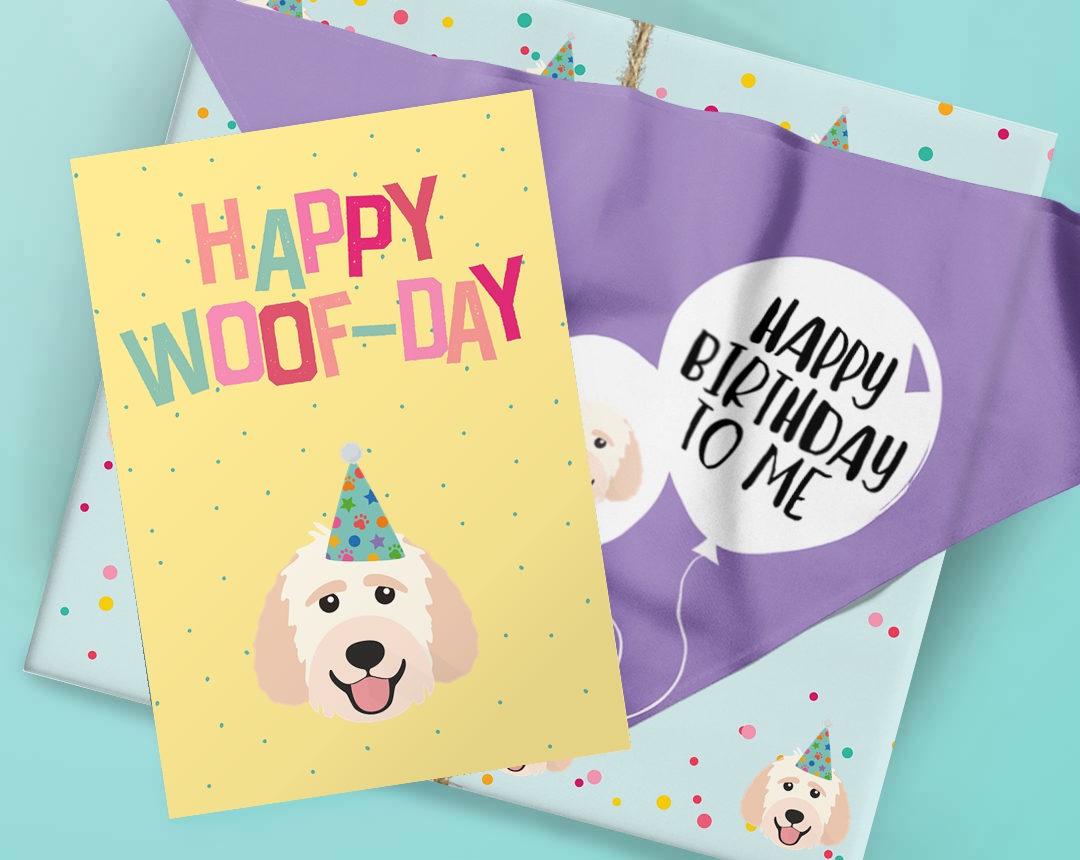 The Labradoodle was first developed in 1989 in Australia, originally to be a hypoallergenic dog for the blind! The first of his kind, Sultan, not only possessed a low-shedding coat, but also the intellect and disposition of a Labrador, making him excellent guide dog material. After this first development, breeders became intrigued and interested at the Labradoodle and they rapidly increased in popularity, donning the term ‘designer dogs’. Guide dog aside, this breed is now a popular family pet choice, being one of the most prevalent in the UK! They are also becoming true celebrity dogs, with owners including Jennifer Aniston and Jeremy Clarkson.

Labradoodle's are particularly well-known for their smart and sociable natures, which is what makes them such excellent guide dogs! They are extremely affectionate towards their ‘hooman’ owners and are the happiest when they’re with the people they love. This breed also loves to make new friends, ‘hooman’ or animal, and with training they can even be taught proper etiquette. They are extremely adaptable, whether you enjoy having a cuddle on the sofa or playing fetch in the garden! This breed however isn’t the ideal guard dog, as although they may bark at strangers on entry, they will just want to be fussed! Because this breed is so new, there is still little consistency in offspring and there are no common characteristics specific to the hybrid-breed. Some will be very Poodle-like; very reserved, quiet with a high maintenance coat whereas others will be more Labrador-like; slow to maturity, prone to shed and noisy.

This attractive and highly sought after pup is a fairly new breed. In 1989, a man named Wally Conron successfully crossbred the Labrador Retriever and the Poodle. Conron was in charge of the breeding program for the Royal Guide Dogs Association of Australia. The first dog produced by the interbreeding of the Labrador Retriever and the Poodle was named Sultan. Sultan was hypoallergenic, which was the aim of the program. In addition, Sultan had inherited the personality and intelligence of the parent breeds. He was set to be a perfect guide dog. When Sultan became the guide dog for a woman in Hawaii, people began to recognize the worth of this hybrid breed. The Labrador Retriever and Poodle combination is perhaps the most desired "doodle" breed. While the breed is not technically recognized by the American Kennel Club as of this writing, many are working to recognize the breed as its own, and not as a designer dog. The breed is, however, recognized by the Australian Labradoodle Association and the International Australian Labradoodle Association.