Enter your dog's name, select an icon and you'll instantly see EVERYTHING personalized just for your German Shepherd...
Get Started
or choose from over 300 breeds
or login to fetch your dogs
Choose your dog 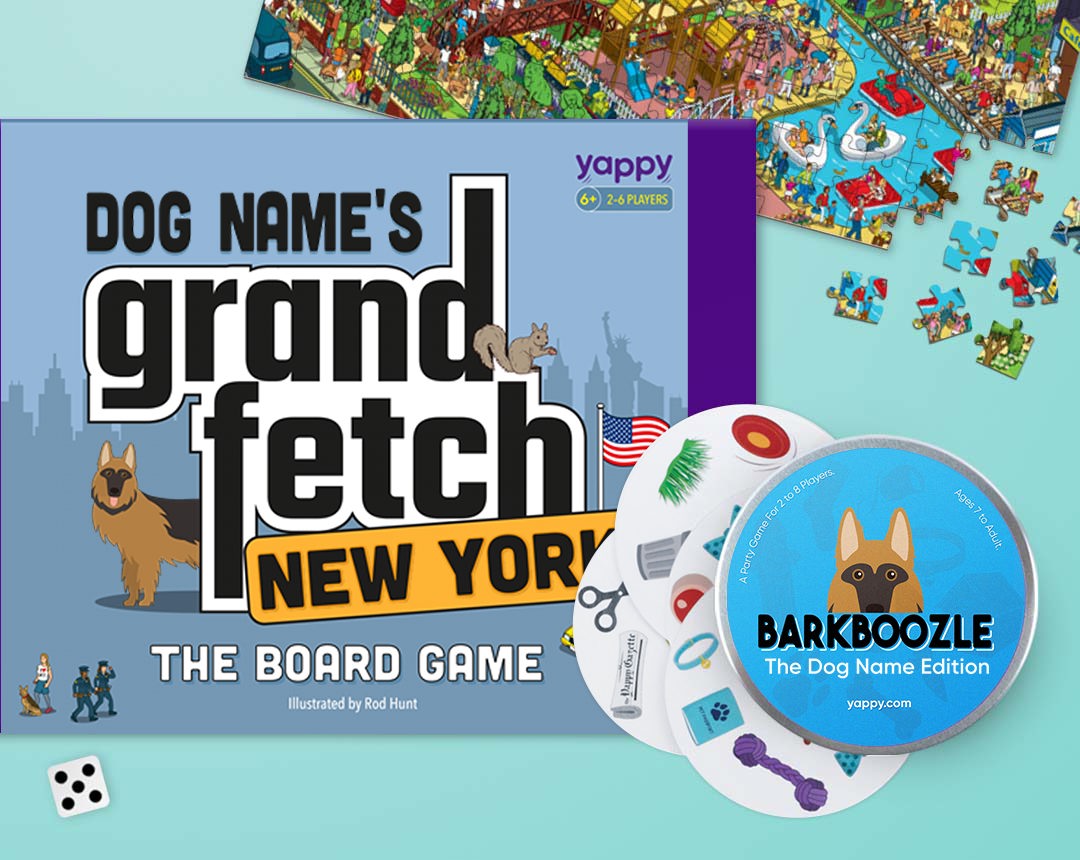 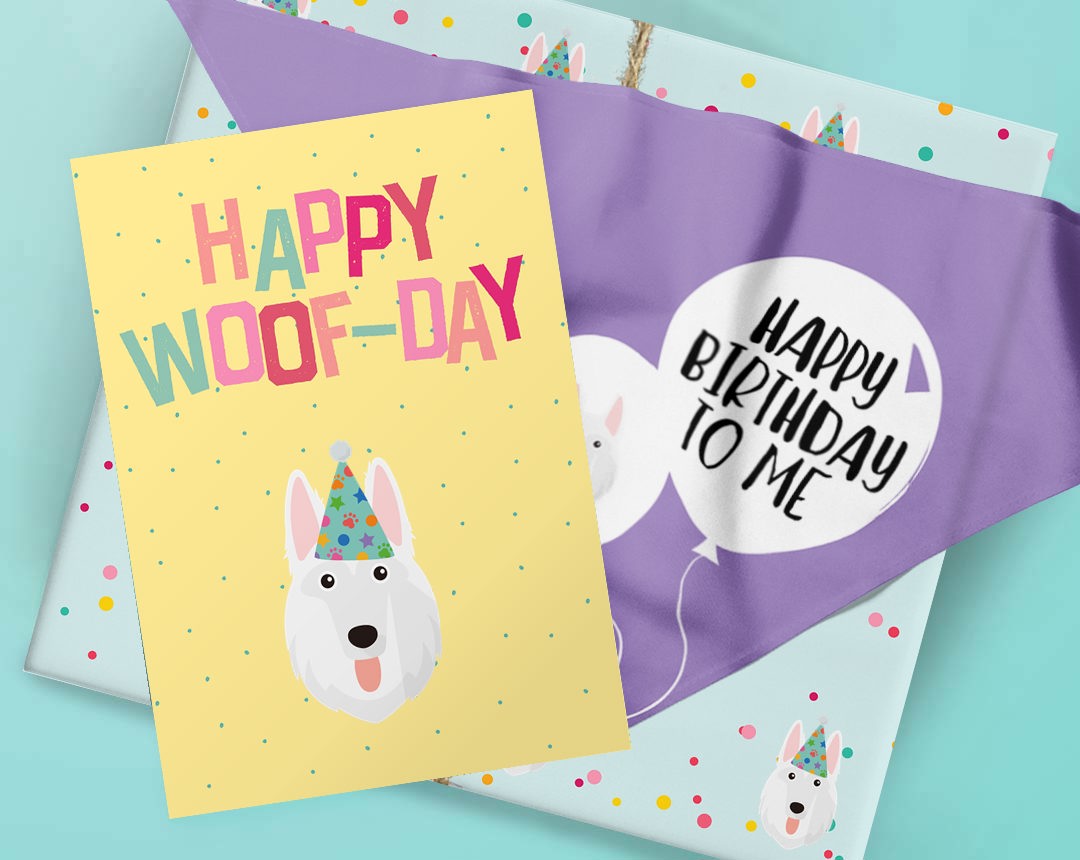 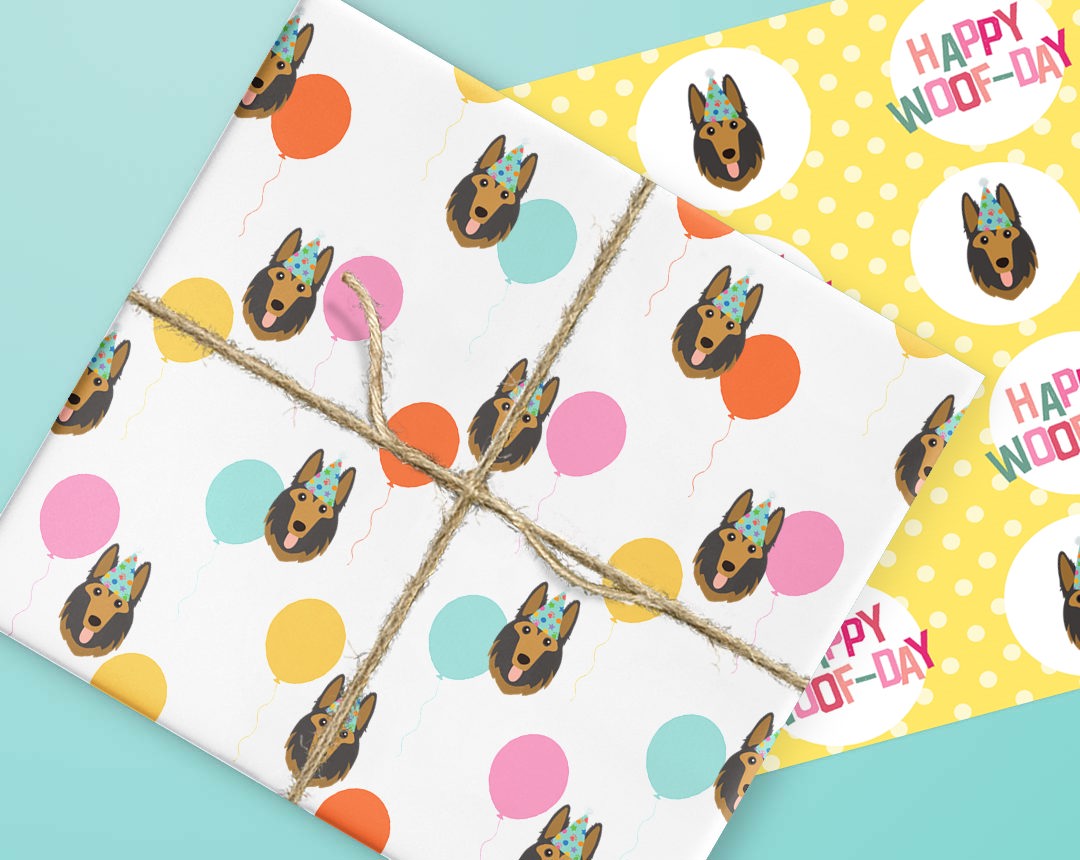 In 1898, Captain Max von Stephanitz, a retired captain in the German Cavalry, decided he wanted to create a supreme herding dog. One that possessed all the traits that many breeds of herding dogs possessed, However, as Germany became more industrialized, he decided to focus more so on creating a fog that could work amongst the police and military services. Stephanitz found a wolfish-looking dog in a show, called Hektor, which he purchased and then created a breed from. This breed, now the German Shepherd, served during WW1 as a rescuer, guard, messenger and many other roles! This led to an increase in the breeds popularity as many soldiers took them back with them to the States. In fact, one puppy rescued from the war, was trained up and turned into the Hollywood star Rin Tin Tin, appearing in 26 movies! This breed continued to grow in popularity, but as Germany was stigmatized in the UK around this time, the dog was renamed to the Alsatian Wolf Dog, until 1977, when the original name was re-used.

Although German Shepherds are bred to be strong-willed, courageous and obedient, often seen working with the police and as guard dogs, they also make lovely family pets and are extremely loving. Once you make one of these dogs your family pet, they will completely devote themselves to you. These big dogs require lots of mental and physical exercise to avoid getting bored – they also love games of fetch and frisbee! They can be taught to perform almost any task and are extremely eager to please, making them very easy to train. They also need to be trained to recognize both welcome and unwelcome guests, so that they know when and when not to bark. Because they are so large, they need to have access to a garden, making an apartment a poor living space for such an animal. But with the right owner and training, they will make fantastic buddies.

Compared to many breeds, the German Shepherd Dog is a relatively new arrival, as it was not until 1899 that the German Shepherd Dog was identified in its own right. Although there were similar shepherd-style dogs around for many years beforehand, they were lumped together as one generic breed. These shepherd dogs not only herded, but were also used to protect their owners’ homes. This required a combination of skills, including intelligence, speed, strength, and excellent sense of smell to carry out their duties effectively, although physically the dogs varied regionally.

Some attempts were made to standardize the breed in 1891, with the foundation of the Phylax Society in Germany. However, the society lasted just three years, as its members were unable to agree on whether only working traits should be promoted, or whether appearance should also be considered.

As Germany became increasingly industrialized, and rural activities declined, the need to herd and protect against predators reduced, and so the demand for shepherd dogs fell. However, some people recognized that these dogs had many qualities that would render them useful in other capacities. One of these was the German cavalry captain and former Berlin Veterinary College student and Phylax Society member, Captain Max von Stephanitz.

While von Stephanitz admired many of the country’s native sheepdogs, he felt that there was no one breed that could be considered the perfect working dog. However, when he attended a dog show in 1899, he was introduced to a wolf like-looking dog called Hektor Linksrhein, a carefully bred dog that met every one of von Stephanitz’s desires. So impressed by the dog’s intelligence, strength, loyalty, and appearance was von Stephanitz, that he bought the animal on the spot.

Von Stephanitz promptly changed Hektor’s name to Horand von Grafath, founded the Verein für Deutsche Schäferhunde (Society of German Shepherds), and registered Horand as the first ever German Shepherd Dog. Horrand went on to become the focal point of von Stephanitz’s breeding programme, and was mated with dogs that had the desirable characteristics.

Von Stephanitz recognized that the need for herding dogs had reduced, but was adamant that the German Shepherd Dog should continue to be a working breed. With his military background, he decided that this should be in police and military service. Through his connections, he was able to convince the German government of the merit of his idea.

The German Shepherd Dog came into his own during the First World War. They worked with the Red Cross as sentry, guard, rescuer, messenger and supply carrier. During this time US Allied Servicemen noticed this brave, intelligent breed and took some home with them. Although the German Shepherd Dog had reached the USA before the war, this was when they first became notable, especially after an American Corporal rescued a five-day-old puppy from a bombed kennel in France. He took the puppy home, raised and trained him, until he became one of the most famous canine film stars of all time - Rin Tin Tin.

Popular as they were, the German Shepherd Dog faced one small problem in both the USA and the UK: thanks to the war, all things German were frowned upon, and the breed’s name was a problem. In 1917, the American Kennel Club renamed them simply Shepherd Dog, but in the UK they became the Alsatian Wolf Dog, named after the region Alsace-Lorraine, which sits on the French-German border. The breed’s full name was reinstated in the States in 1931, but the British Kennel Club refused to return to call them German Shepherds again until 1977.

Von Stephanitz remained closely linked with the breed, and became concerned with problems arising in the breed as early as 1922. In Europe he instituted a series of rigorous tests to prove the soundness of any dog that breeders wanted to use. These tests encompassed intelligence, health, temperament, and working ability. America, however, went its own way, where appearance became more important than any working characteristics. This became particularly obvious after the Second World War. The American style German Shepherd Dog was so far removed from its working roots and suffered such severe genetic problems, that the police military had to import dogs from Europe.

The German Shepherd Dog remains one of the most popular dogs globally, both as pets and working dogs.