Enter your dog's name, select an icon and you'll instantly see EVERYTHING personalized just for your English Bulldog...
Get Started
or choose from over 300 breeds
or login to fetch your dogs
Choose your dog 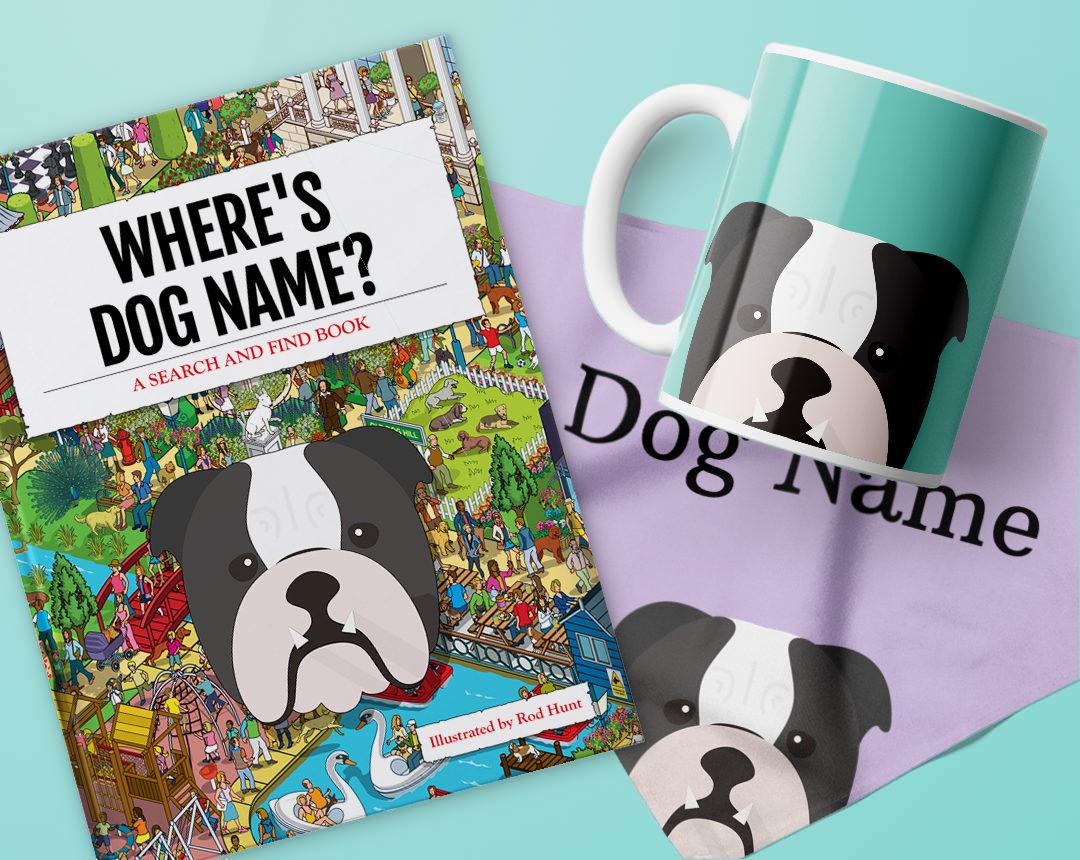 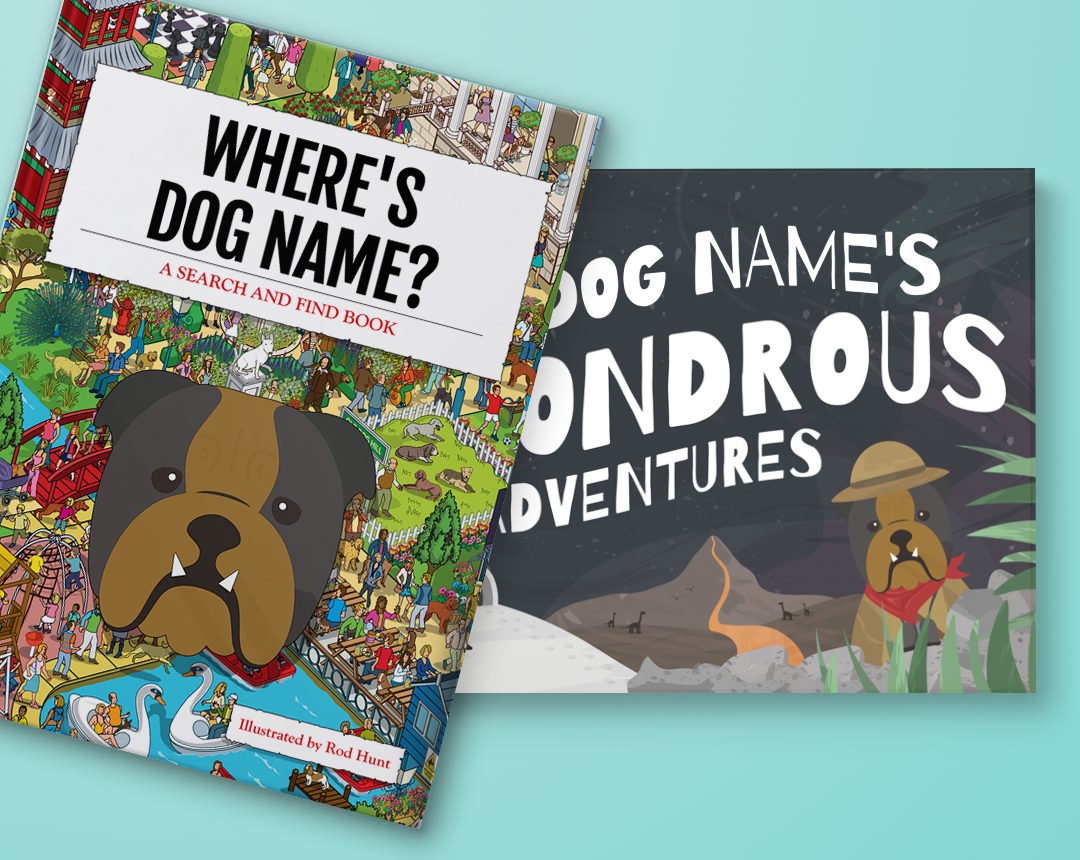 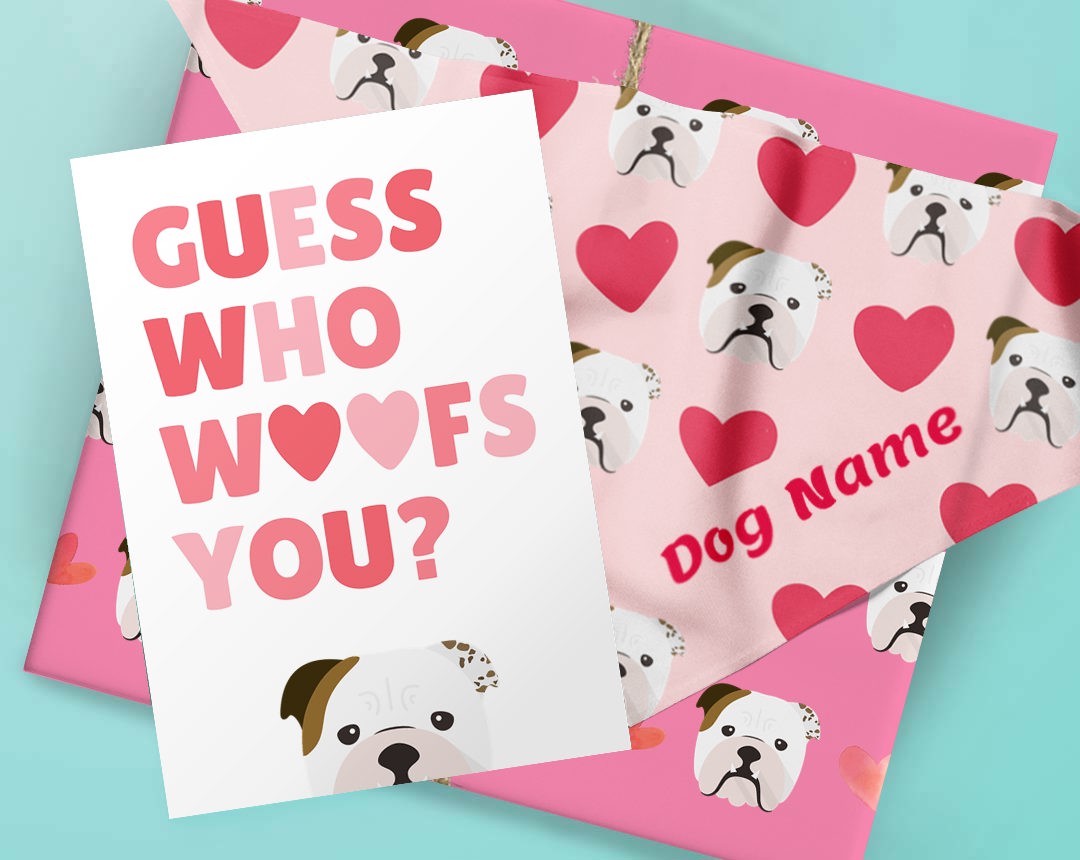 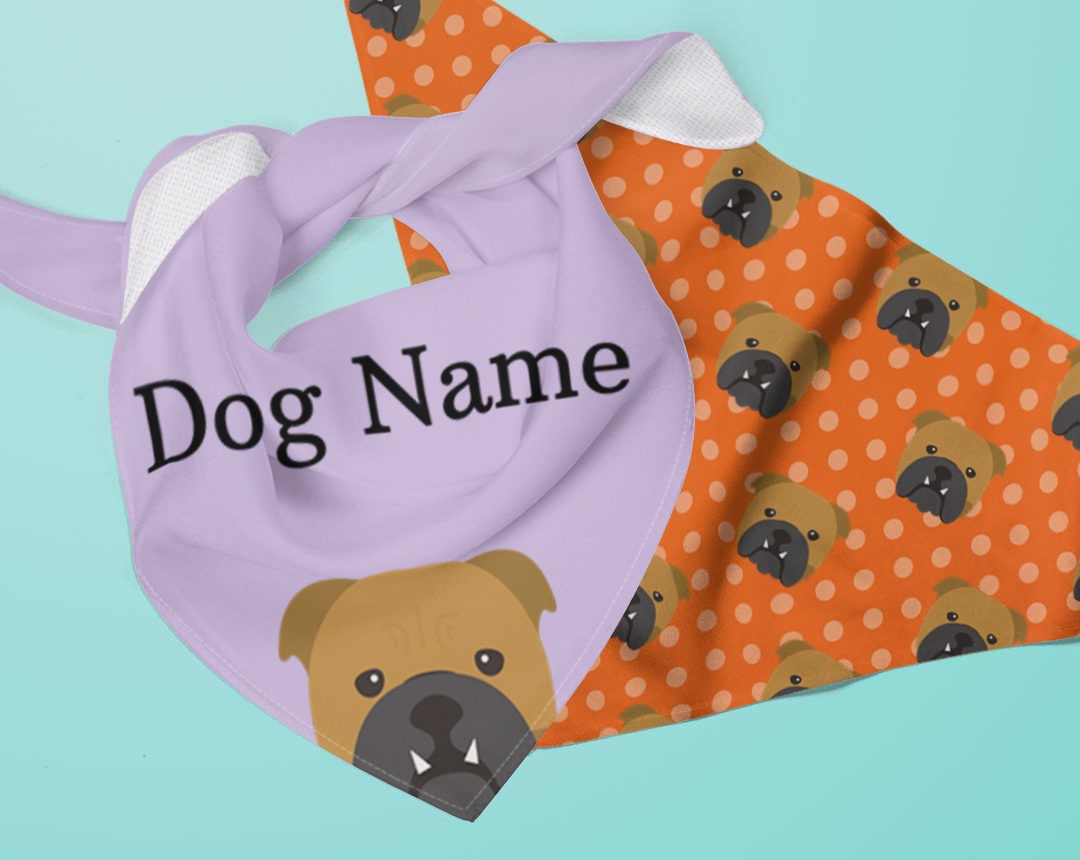 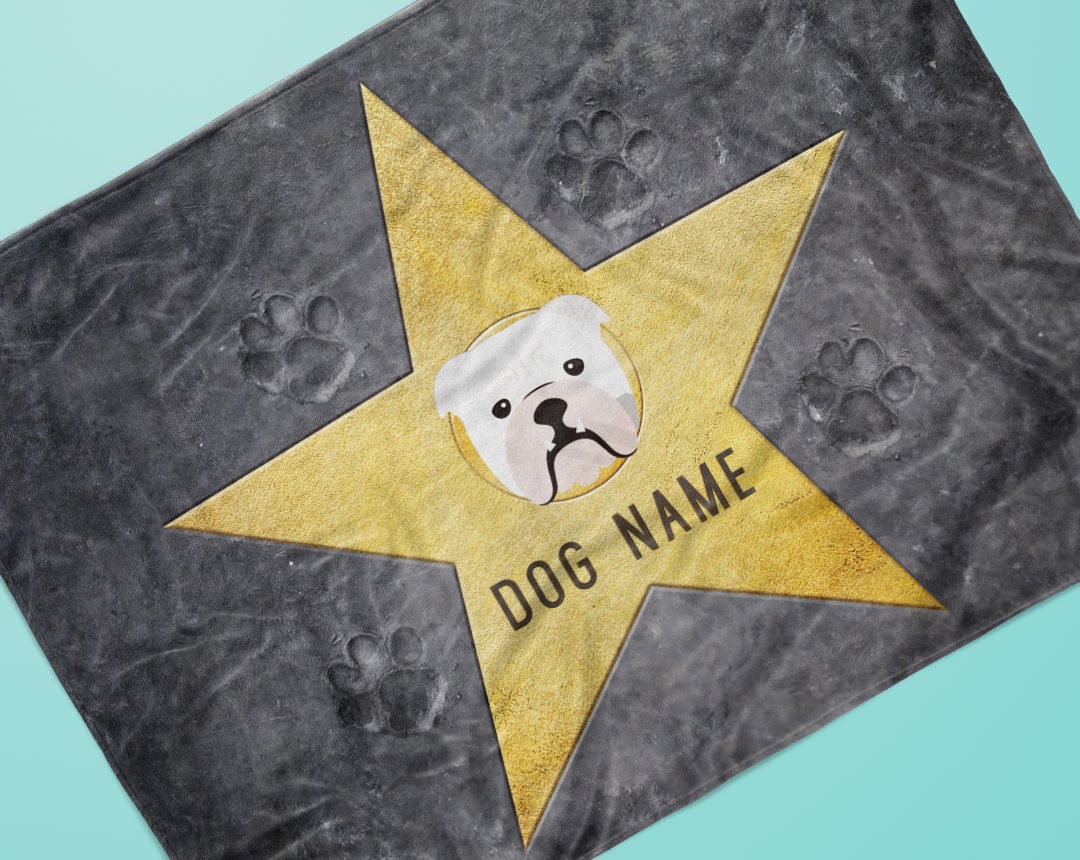 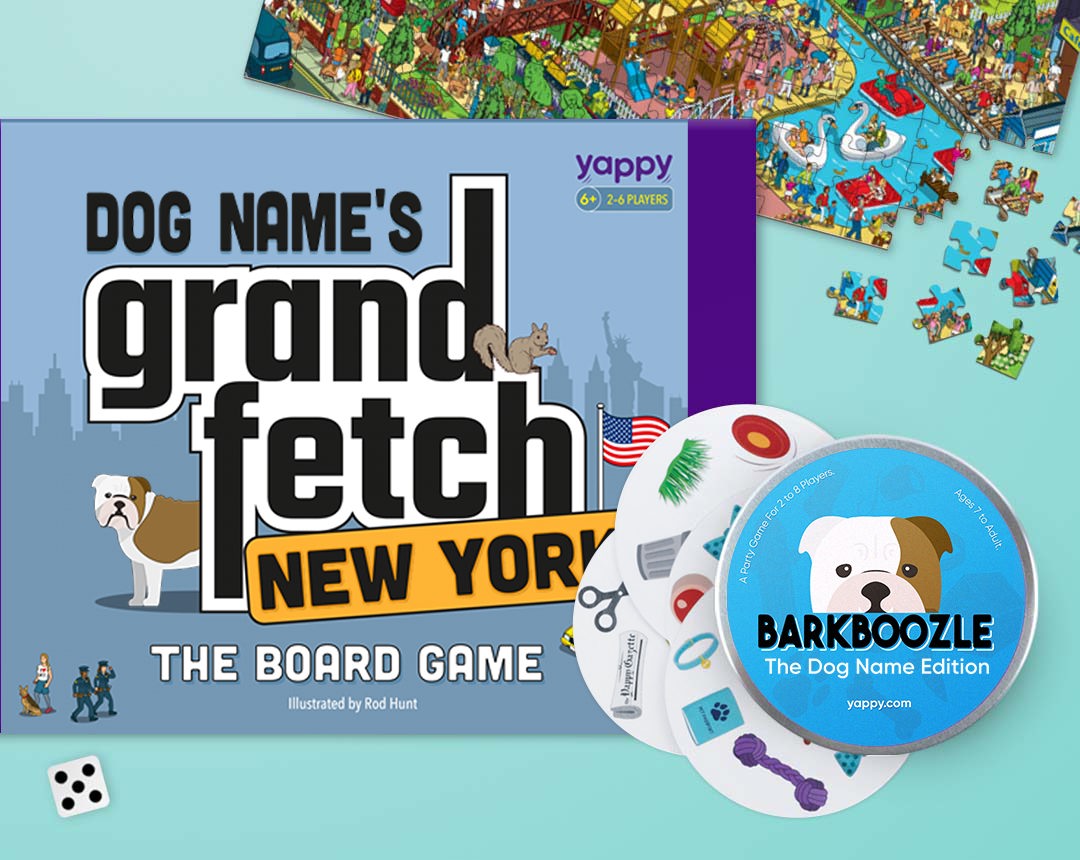 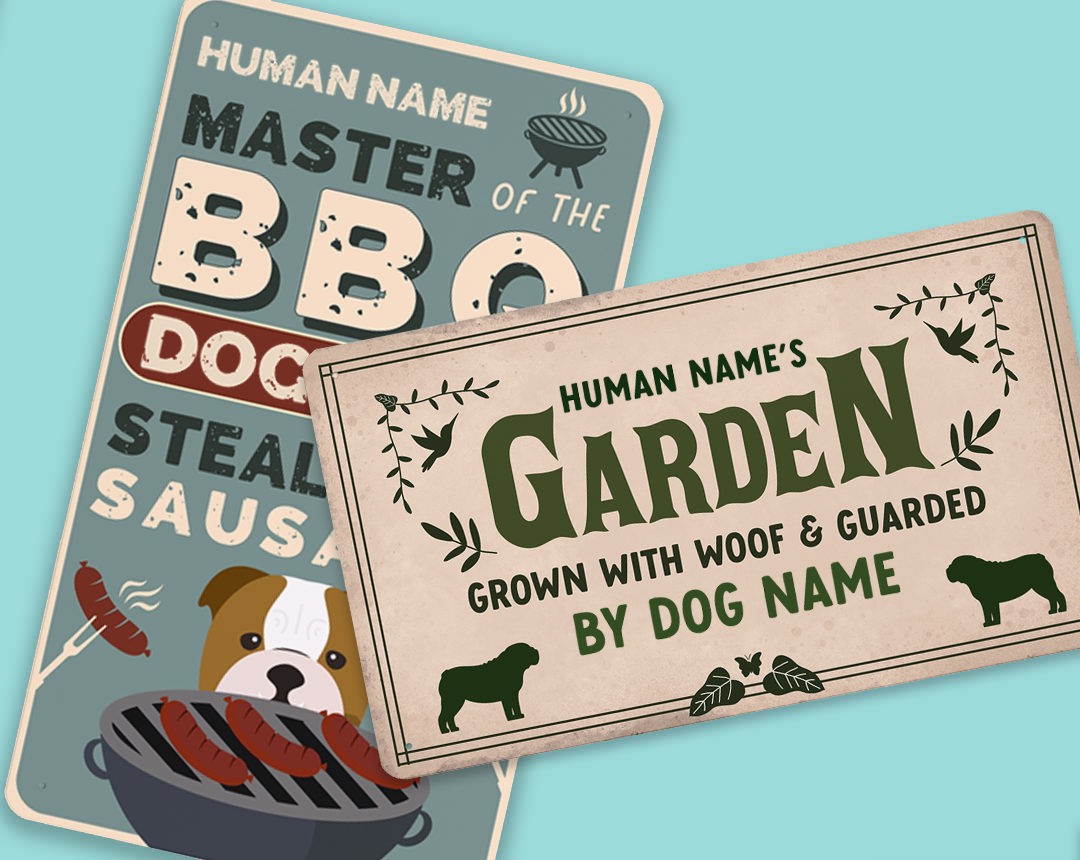 The Bulldogs that we see today are a lot different to their ancestors, in fact it’s thought that they descended from Mastiff-like dogs. It’s no surprise that this breed was developed in England, nor that these dogs got their names from a practice known as bull baiting. This was a popular form of entertainment during the medieval times and involved a dog grabbing onto a bull’s nose and roughly shaking it, in order to tenderize the meat. However, this blood sport was quick to lose its appeal and had nearly disappeared by the 19th century. Obviously, the bulldogs that took part in this sport were a lot bigger and heavier and to set a bulldog against a bull today would be both a death sentence and highly illegal. After the sport was outlawed, some individuals went onto breed the Bulldog to maintain his stamina and strength, but also to possess a gentler temperament, just like the ones we see today!

The Bulldogs have come a long way since their beginning, and have gone from snarling, angry and aggressive to gentle, loving, kid-friendly companions. They love nothing more than snuggling up on a sofa after walks to have a long nap. In fact, they are now supposed to have some of the sweetest temperaments of all dog breeds! They will never pick out a fight with another dog or ‘hooman’ but instead are very calm and love to play games with their families, of whom they are extremely protective of! Just make sure not to over-feed these dogs, as they are prone to putting on the odd pound or four!

The English Bulldog is one of the oldest breeds native to the UK, and has become a symbol of the determination and steadfastness of the British national personality. The earliest references to the dog appear in the 15th century, and were actually spelt Bondogge and Bolddogge. It wasn’t until the 1630s that we come across the modern name and spelling Bulldog, when a man called Preswick Eaton wrote ‘procuer mee two good Bulldogs, and let them be sent by ye first shipp’.

The name Bulldog comes from the fact that these dogs were used for bull baiting. Although the first reference to the dog appears in the 1500s, it is known that the Normans introduced the sport in the 12th century, which they used mastiff-style dogs for. Over time, bull baiting was treated not only as a sport, but was also considered to have a purpose - that of tenderizing the bull’s flesh before slaughtering. The idea was that allowing dogs to attack bulls somehow ‘thinned’ the bull’s blood, making the beef much more tender. So ingrained was this belief that in some regions of the UK, it was actually written into law that bulls had to be baited before slaughter.

While bull baiting was believed to serve a purpose, it was also a very popular sport. Bull baitings would be advertised in advance, and spectators placed bets on the outcome. In bull baiting, the dogs aimed to seize the bull’s snout to pin it to the ground. The enraged bull would respond to these attacks by trying to toss the dog into the air. For this reason, the dogs would creep towards the bull on their stomachs, to prevent him scooping them up using his horns. The physical characteristics of the Bulldog were developed to maximize their success. The powerful jaws were designed to clamp onto the snout, while the short, flat nose enabled the Bulldog to breathe while holding on. It is thought that the wrinkled brow of the Bulldog was favored because it prevented blood dripping into their eyes. They also had an extremely high pain threshold.

Bull baiting and other blood sports reached their maximum popularity in the early 1800s, but the Cruelty to Animals Act 1835 outlawed the mistreatment of all animals including the bulls - and sometimes bears - that the dogs were set against, as well as dog fighting. As Bulldogs had largely been bred to be aggressive fighters they now had no purpose, and it would have been easy for the breed to die out. However, the Bulldog was admired by many people for their stamina, strength and persistence, and they decided to breed the dog to have a gentle, sweet temperament instead. Highly selective breeding of the most docile dogs, crossed with Pugs, by dedicated breeders led to the gentle, affectionate modern English Bulldog.

In 1860, the first English Bulldog was shown in Birmingham, UK, and one named King Dick actually won that show the following year. His offspring, Crib, was once described as being ‘close to perfection’. The Bulldog Club (England) was founded in 1878, and wrote the breed standard. The breed was recognized by the Kennel Club in 1886.

Meanwhile, in the 1880s, the modern English Bulldog, a bridle and white Bulldog named Donald, was first shown in the USA, and in 1886, the first one, Bob, was registered with American Kennel Club. In 1890, the Bulldog Club of America was founded, and became one of the first breed clubs affiliated with the American Kennel Club. Originally, the British Bulldog standard was used, but the Bulldog Club of America didn’t consider them to be concise enough, and so in 1894 they developed their own standard for what was termed the American-bred Bulldog. English breeders were unhappy about the name and the differing standards, and so the two groups worked together to create a mutually acceptable compromise, which was accepted in 1896. This remains the standard today.

Despite their fighting backgrounds, the English Bulldogs sweet, docile nature led to them becoming particularly popular in the 1940s and 1950s in many countries. They remain popular and well-loved as a delightfully quirky, loving companion dog.