Enter your dog's name, select an icon and you'll instantly see EVERYTHING personalized just for your Catahoula Leopard Dog...
Get Started
or choose from over 300 breeds
or login to fetch your dogs
Choose your dog 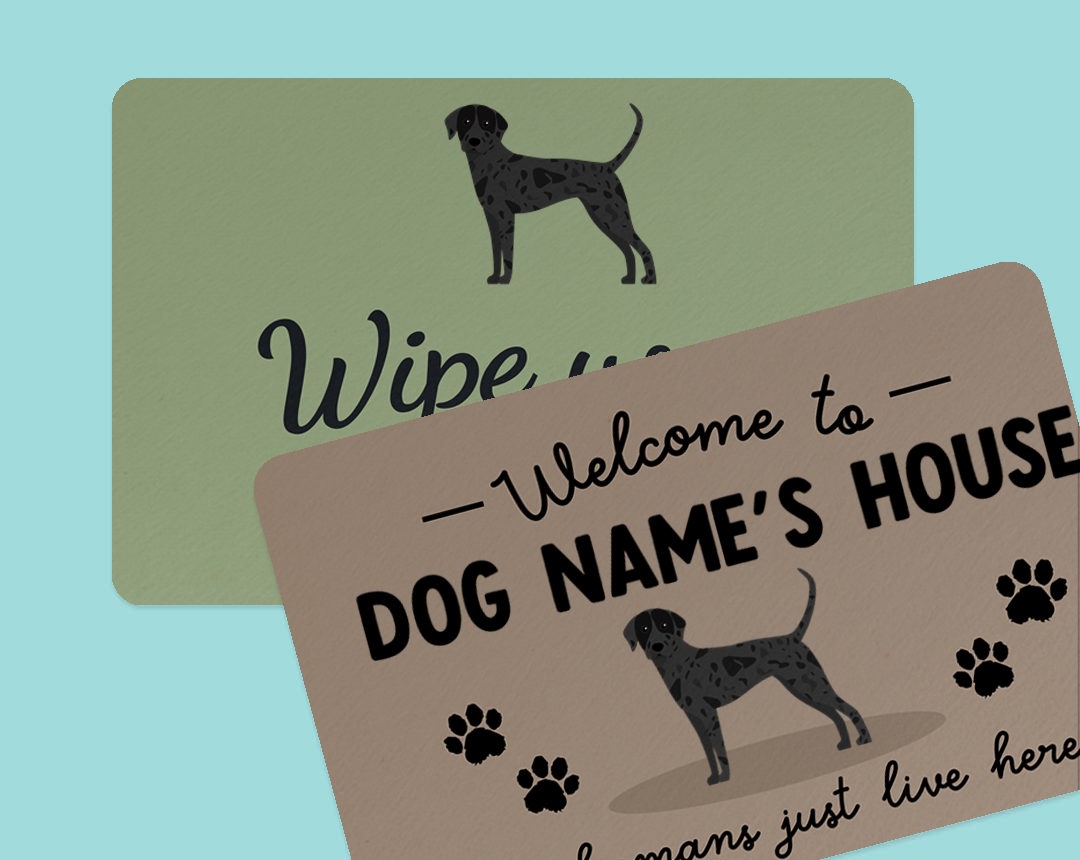 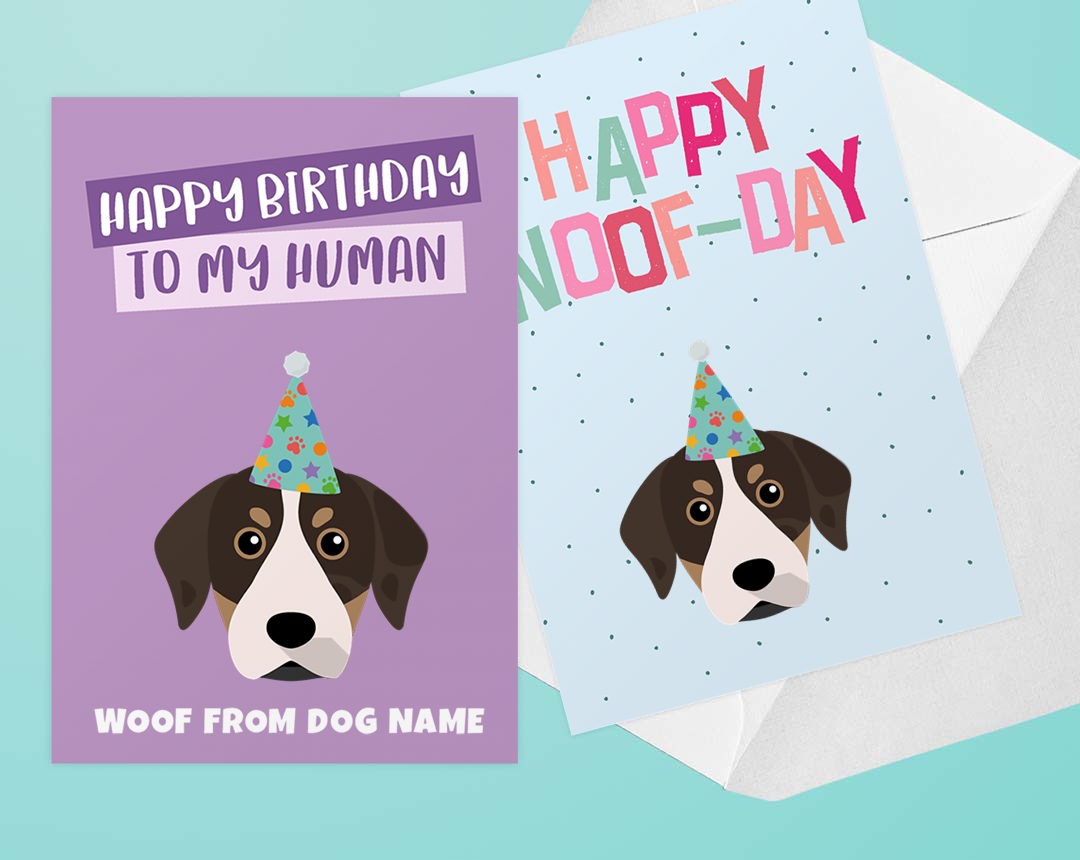 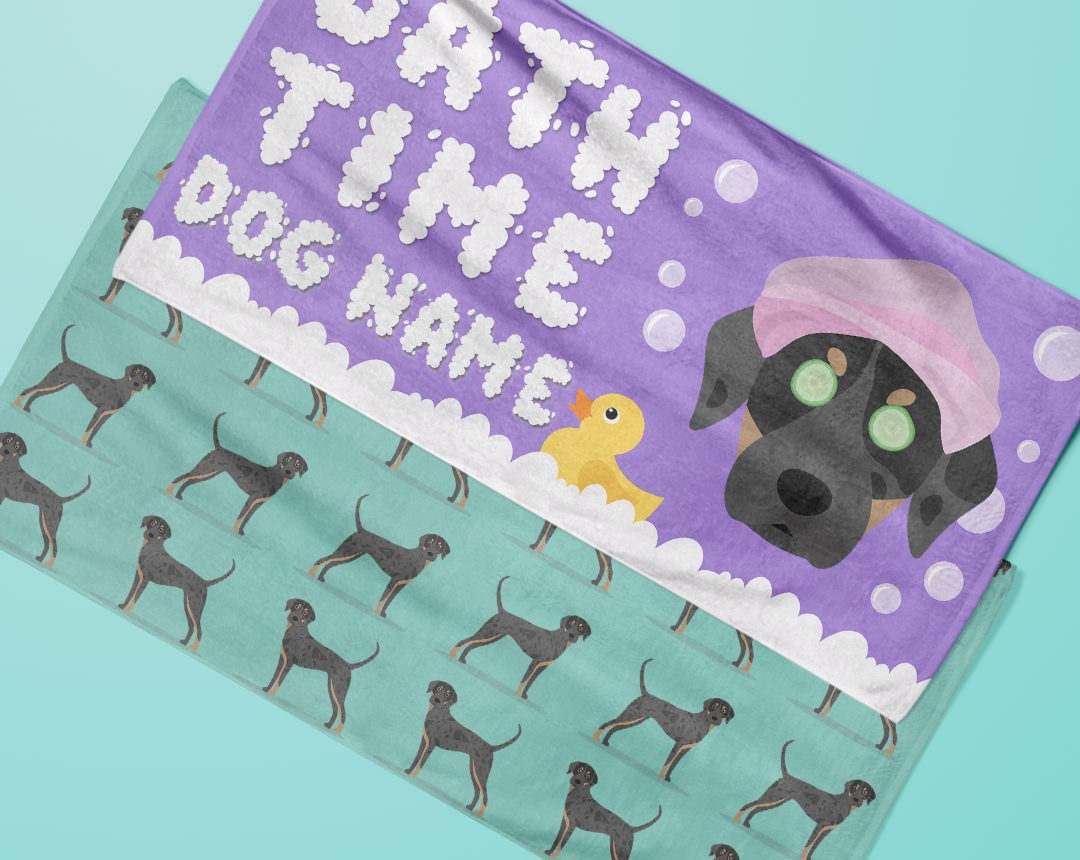 It was when settlers first arrived in the state of Louisiana the they found the land was overrun with wild hogs. For this reason, they decided to breed their own herding dogs with the local Native American ones. The result of this cross breeding was a dog that had high stamina, was extremely tough and also capable of taking on the more ferocious wild hogs. It's also thought these dogs may have Mastiffs, Sighthounds, Beaucerons and Red Wolves in their ancestry. They became a recognized breed in 1995 and were given their official names in 1979, having previously been called Catahoula Leopard Curs.

These dogs have incredible stamina and energy so need to be with a family that will cater to their needs. Whether they be working, companion dogs or purely pets. They are very alert dogs and will let their 'hoomans' know about any suspicious behavior, meaning they make excellent watchdogs. They love to be around people and additionally get on well with children, potentially even cats! They do get on with other dogs but if you're planning on getting another, we do recommend you get one of the opposite sex. They have very high energy and need at least one hour of intense exercise everyday so, if you don't already lead an active lifestyle, the Catahoula Leopard Dog probably isn't the breed for you. However, for the right family, they make fantastic pets!

The Catahoula originated in Louisiana somewhere near the Catahoula Lake. The name Catahoula is thought to have been taken from the Choctaw Indian word for “lake”. Regardless of what the name means and where it came from, the Catahoula Leopard Dog certainly lives up to the “leopard” part of his name. With a coat that is speckled all over in multiple different colors, it isn’t difficult to understand why this breed took on that particular name.

Sometimes known as the Catahoula Cur, Catahoula Leopard Cur, and the Catahoula Hound, this breed’s name was officially changed to the Louisiana Catahoula Leopard Dog when it became the state dog for Louisiana in 1979. In 1976, the Louisiana Catahoula Cur Association was formed. This organization, and a few others, work together to show off the breed's unique skills through shows, clinics, trials, and testing including events such as Treeing, Hog Bay, Cow Bay, and Cow Trials. The extreme intelligence and independence of this breed makes them wondrous work dogs and perfect for jobs such as herding livestock.