Enter your dog's name, select an icon and you'll instantly see EVERYTHING personalized just for your Beagle...
Get Started
or choose from over 300 breeds
or login to fetch your dogs
Choose your dog 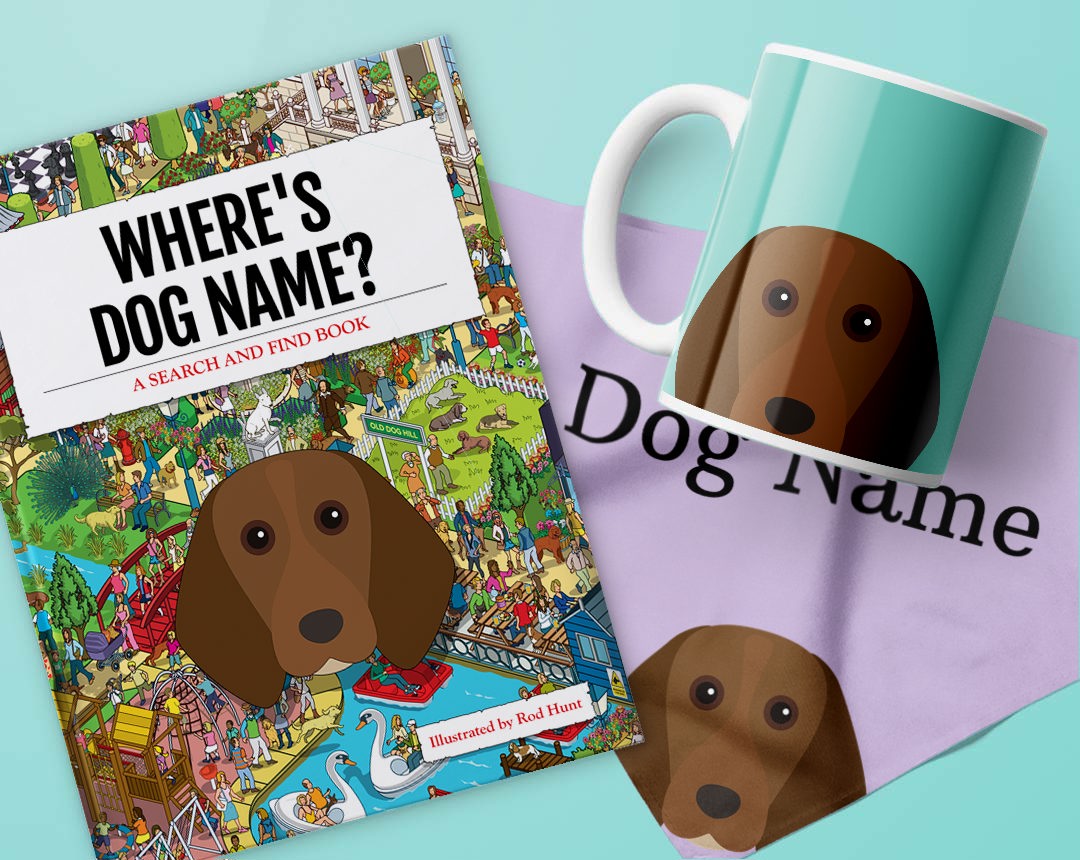 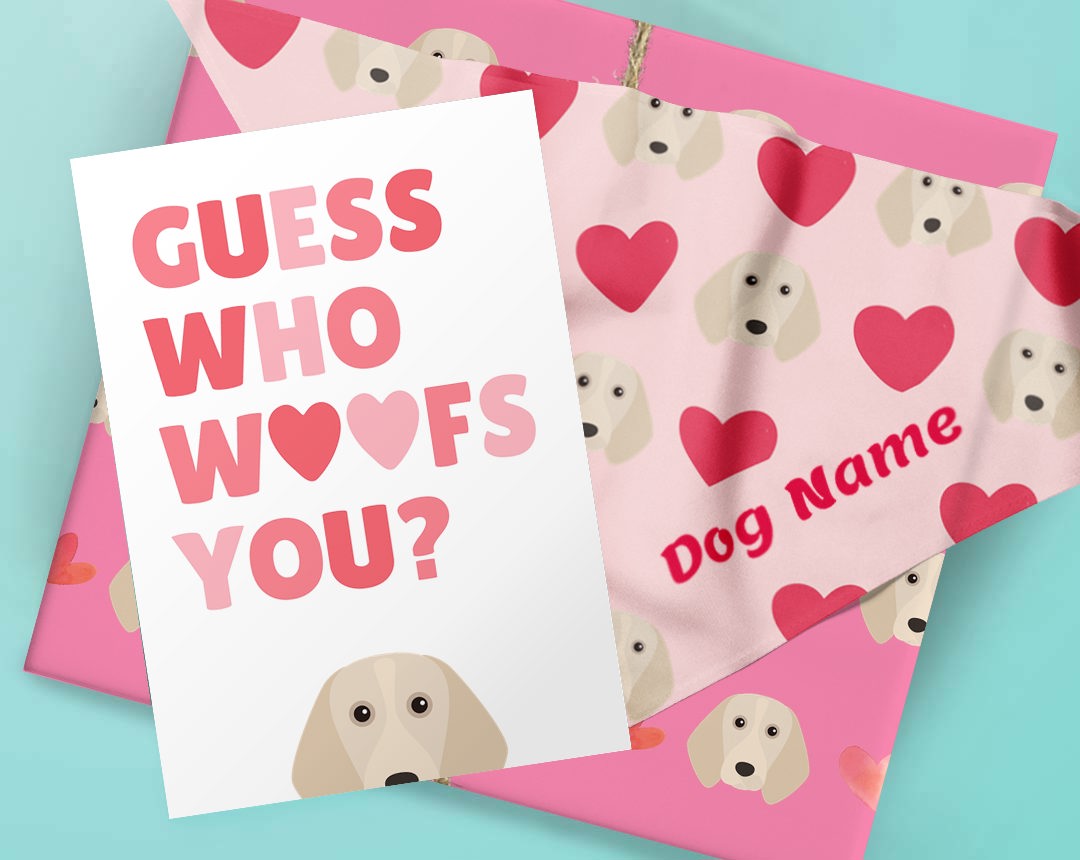 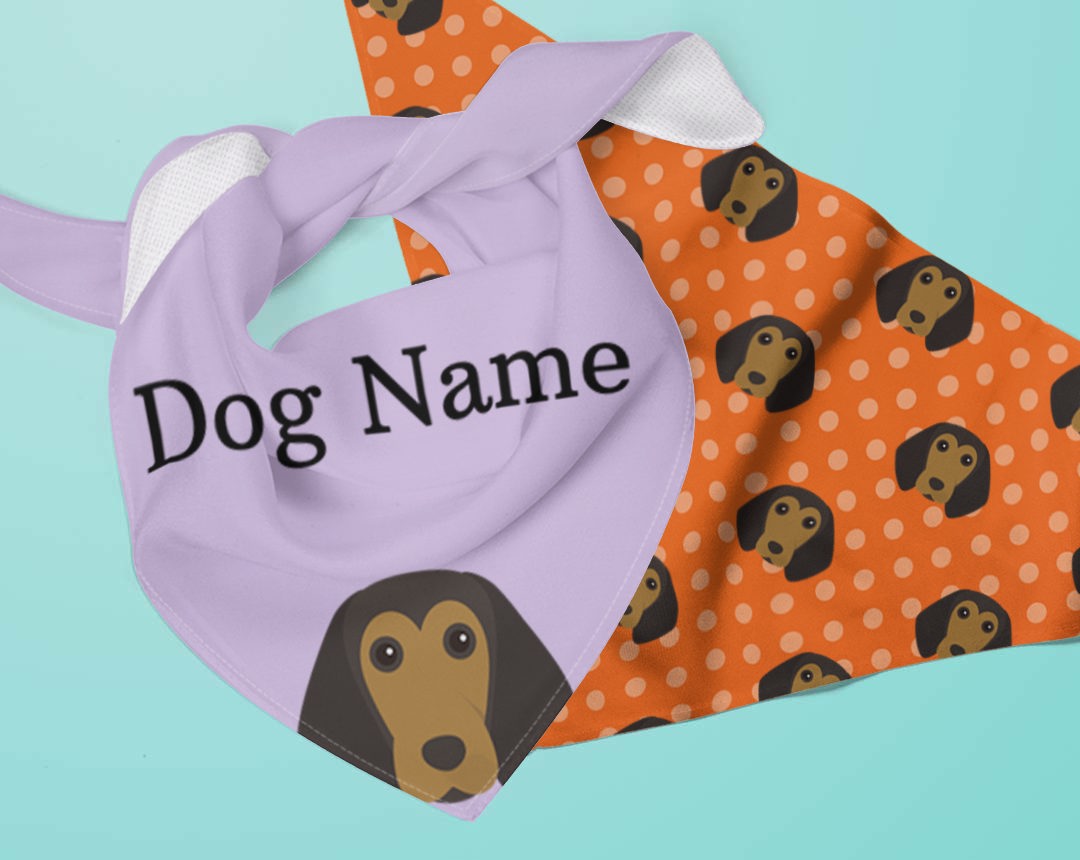 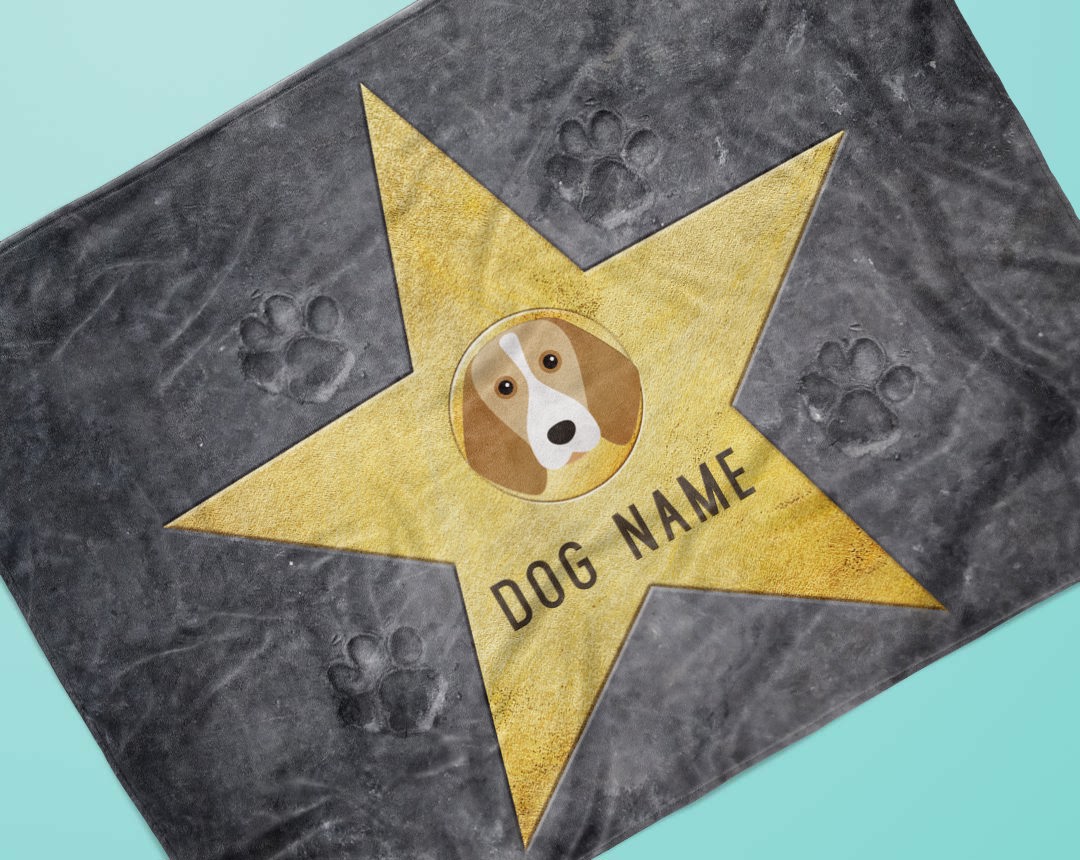 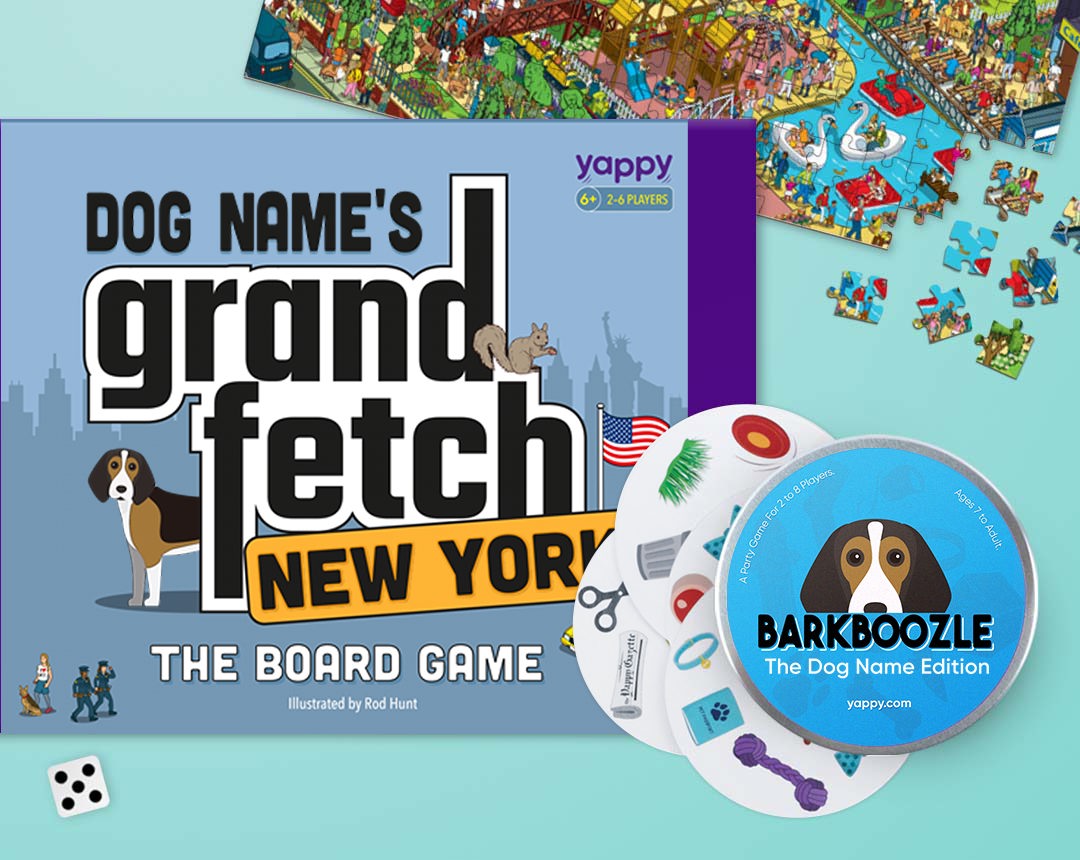 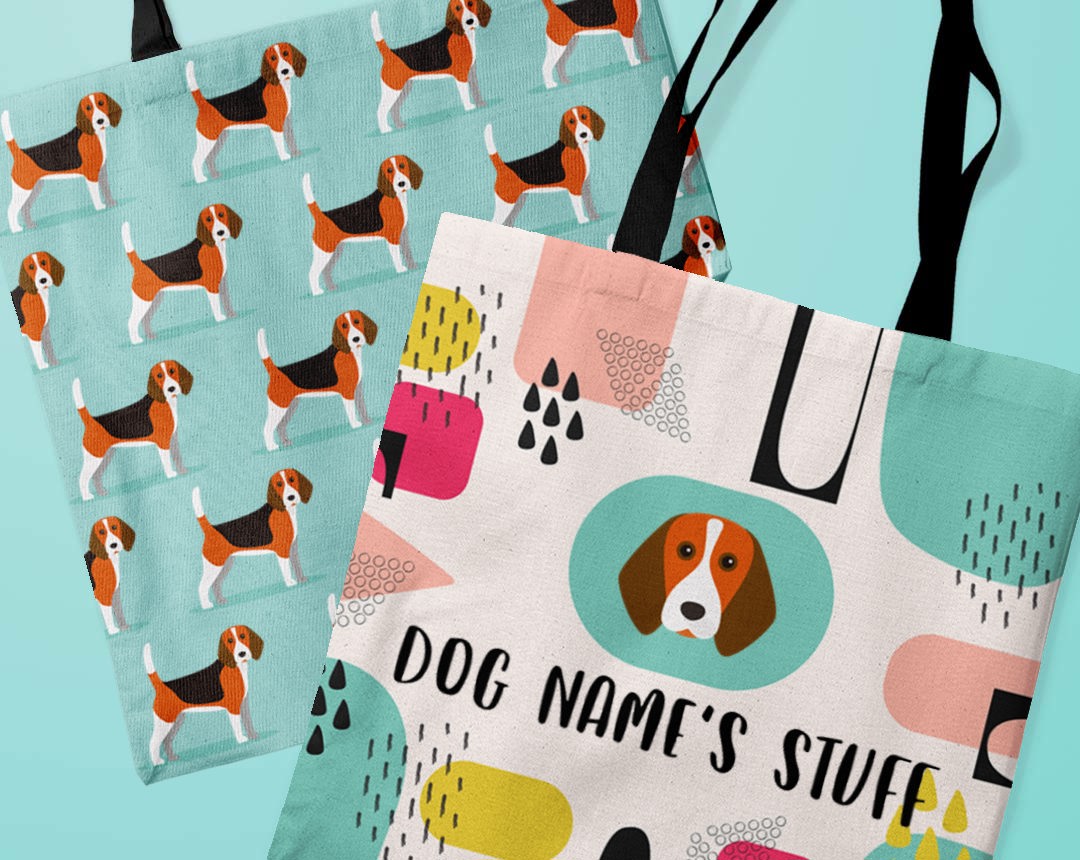 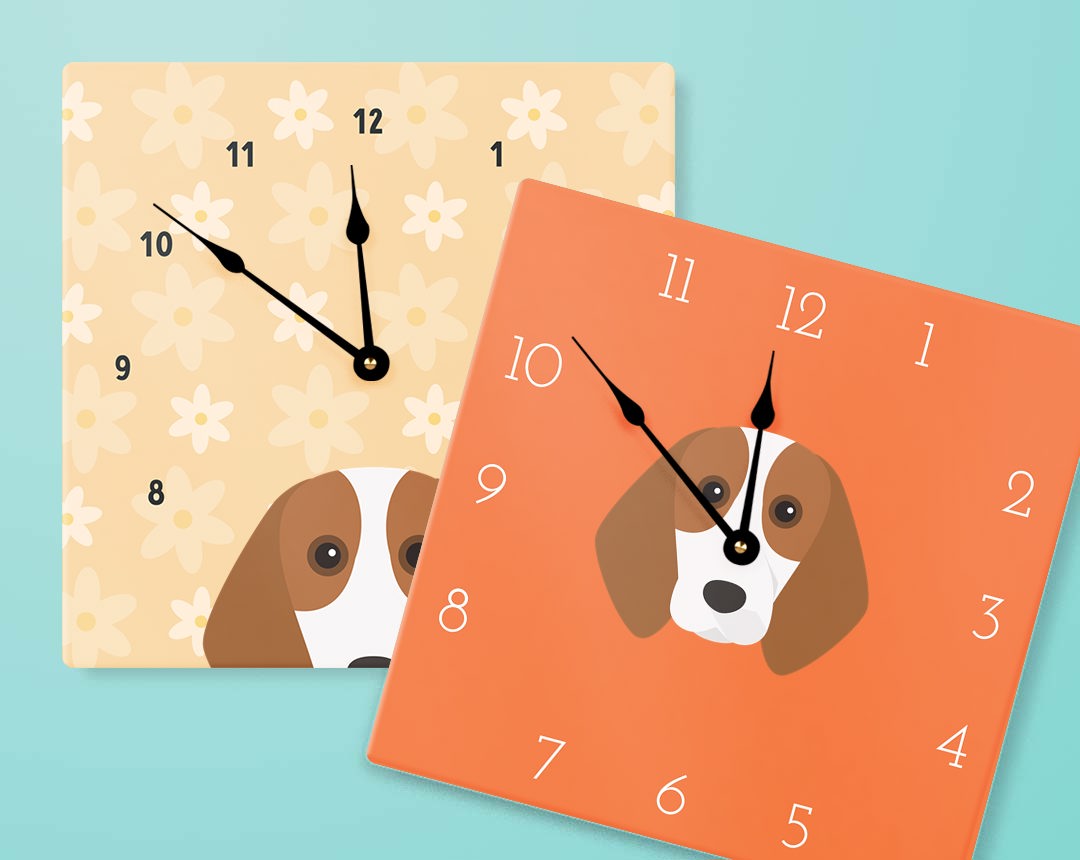 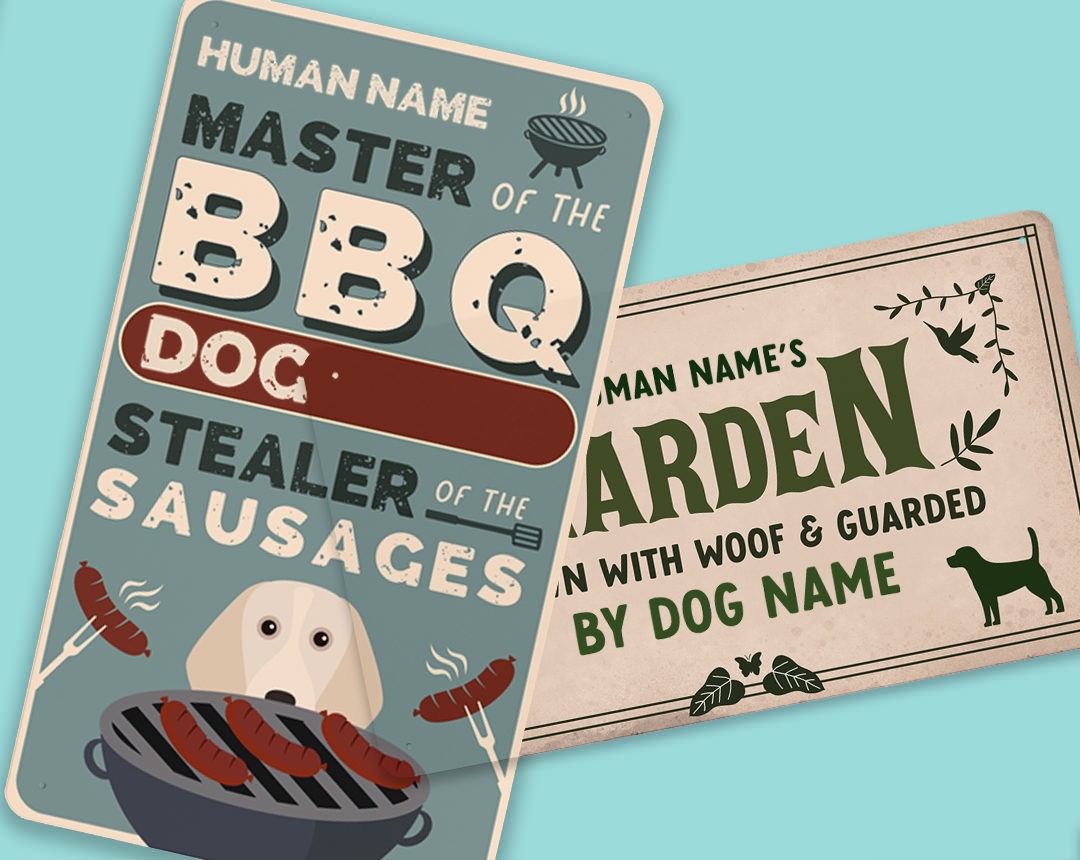 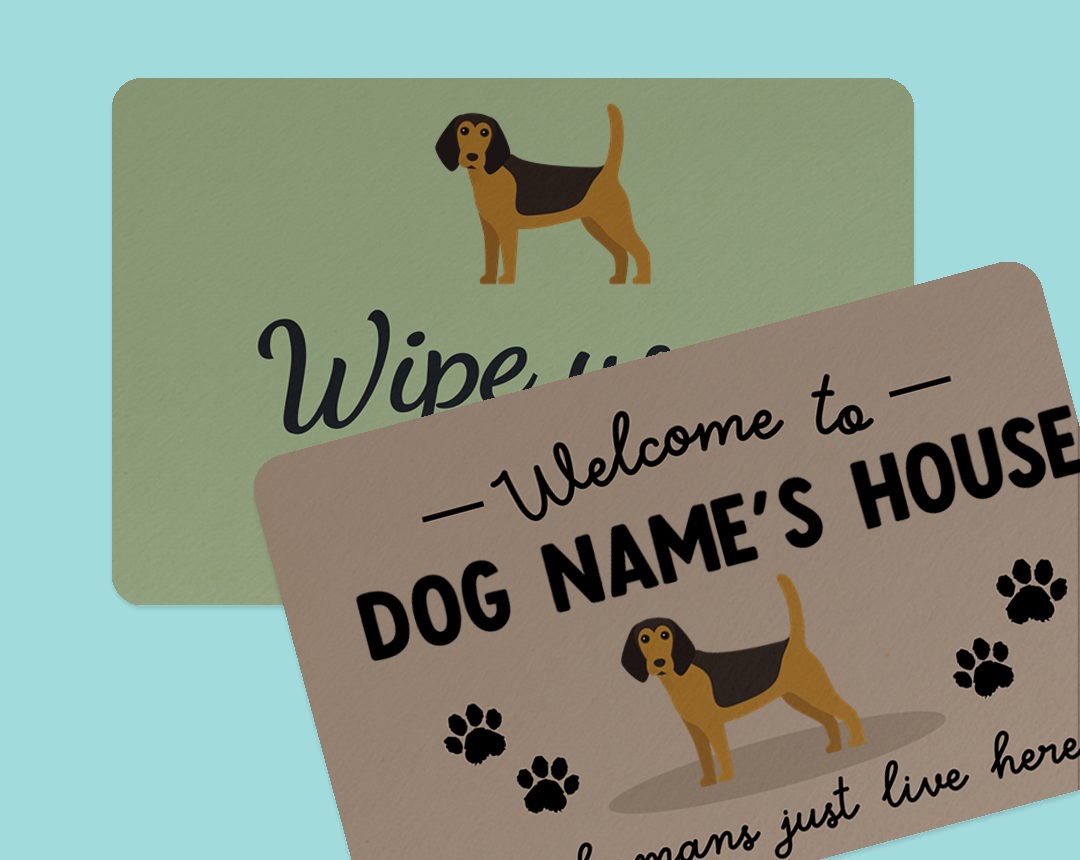 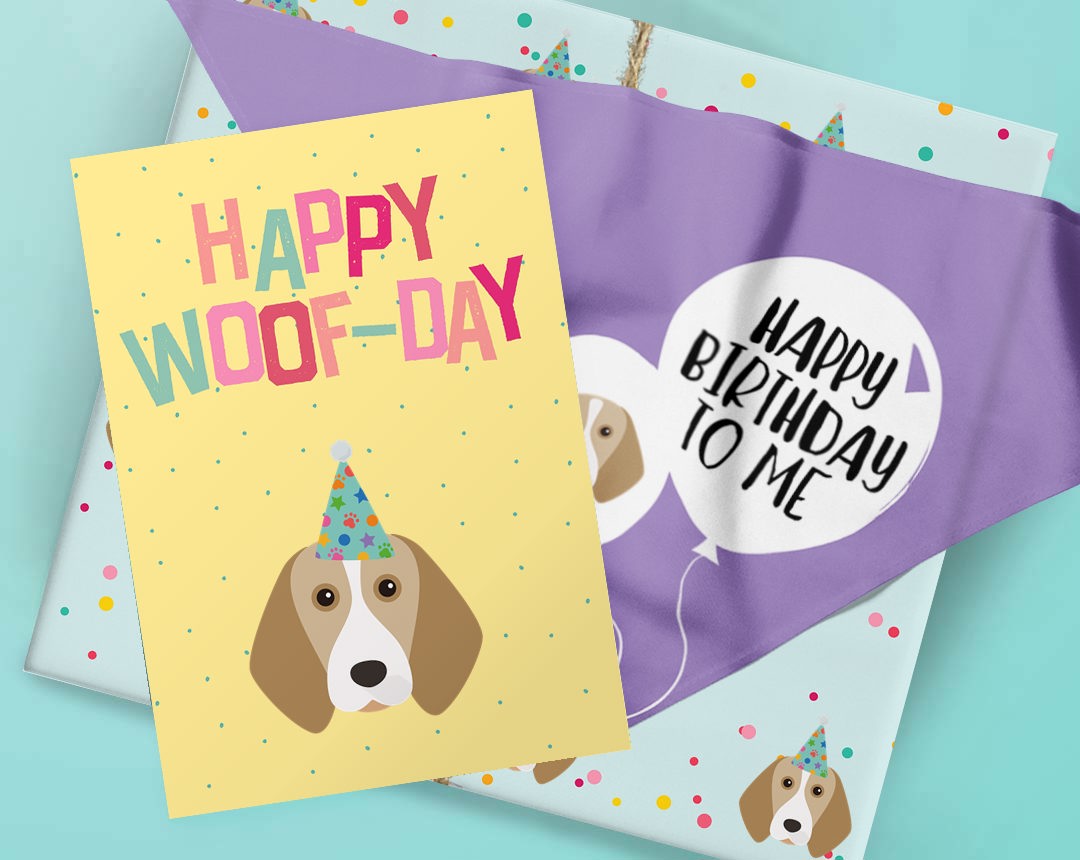 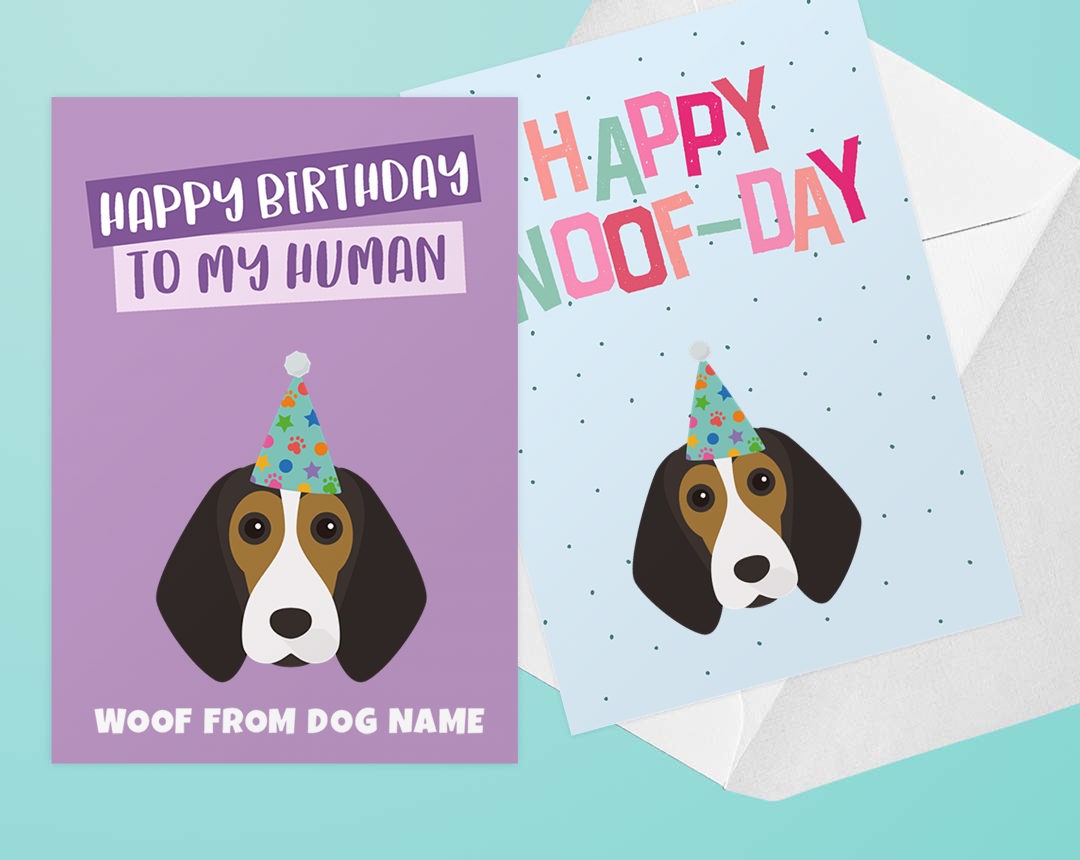 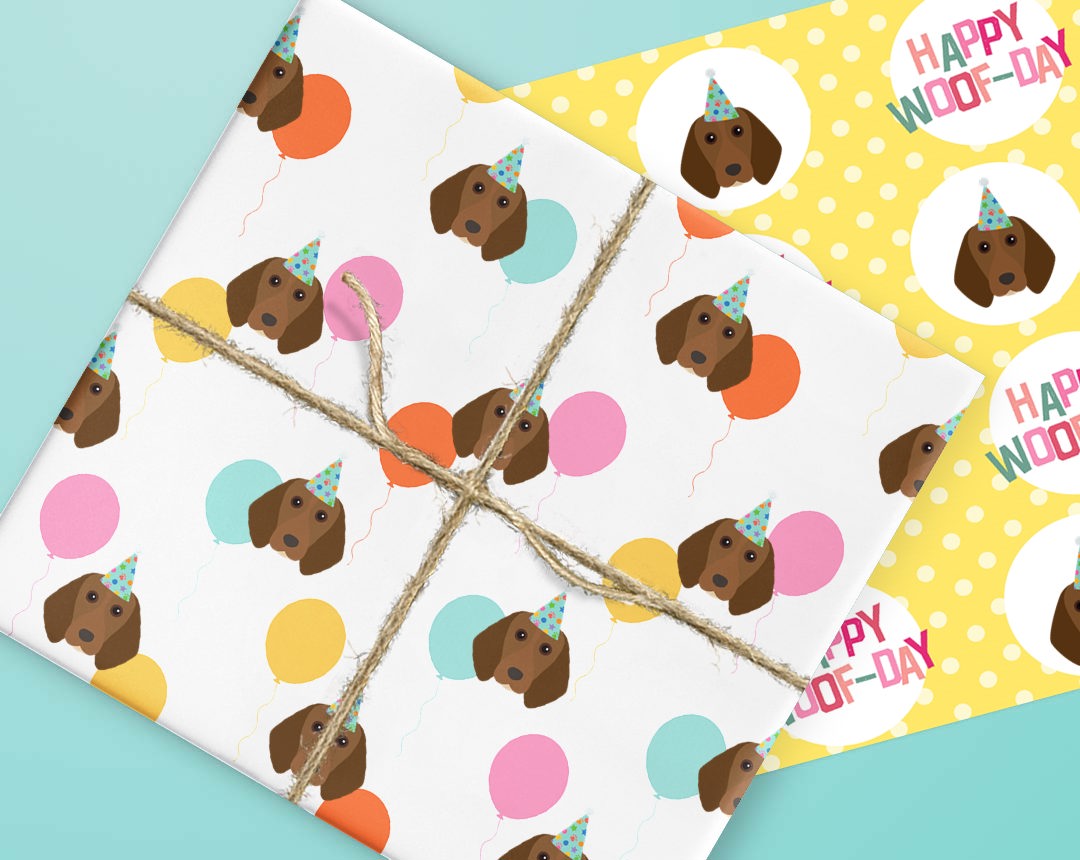 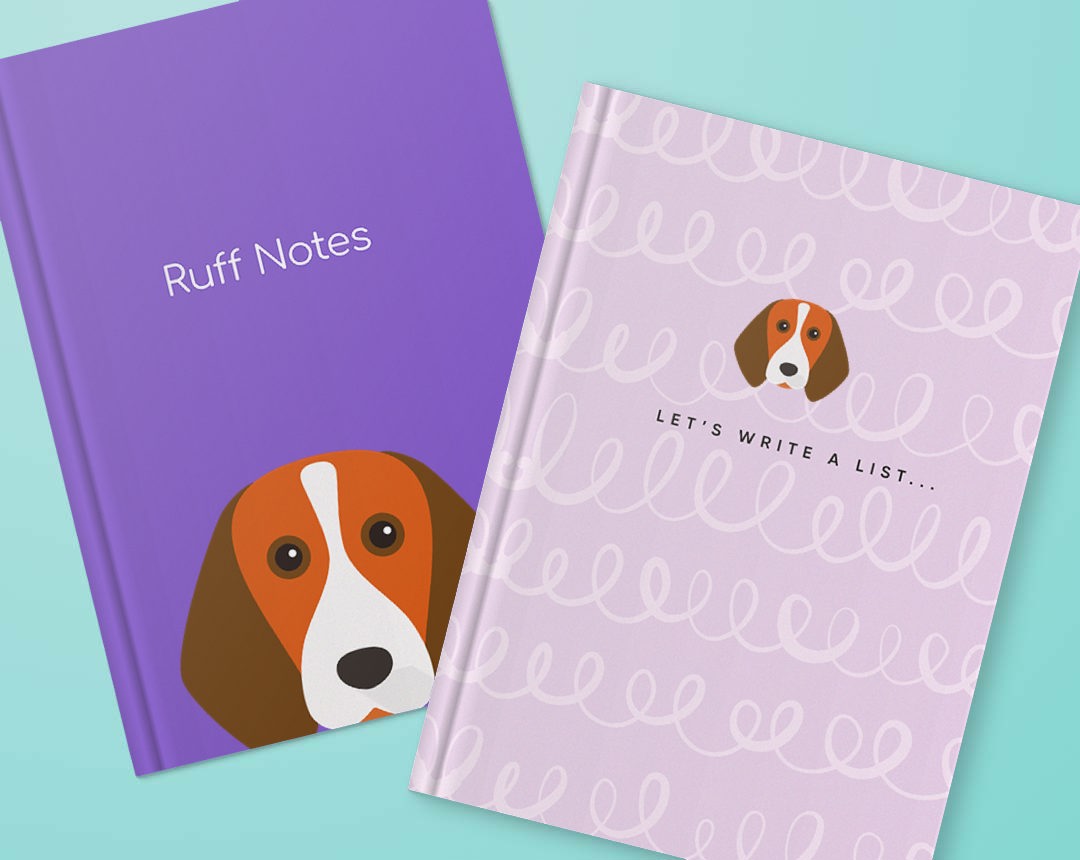 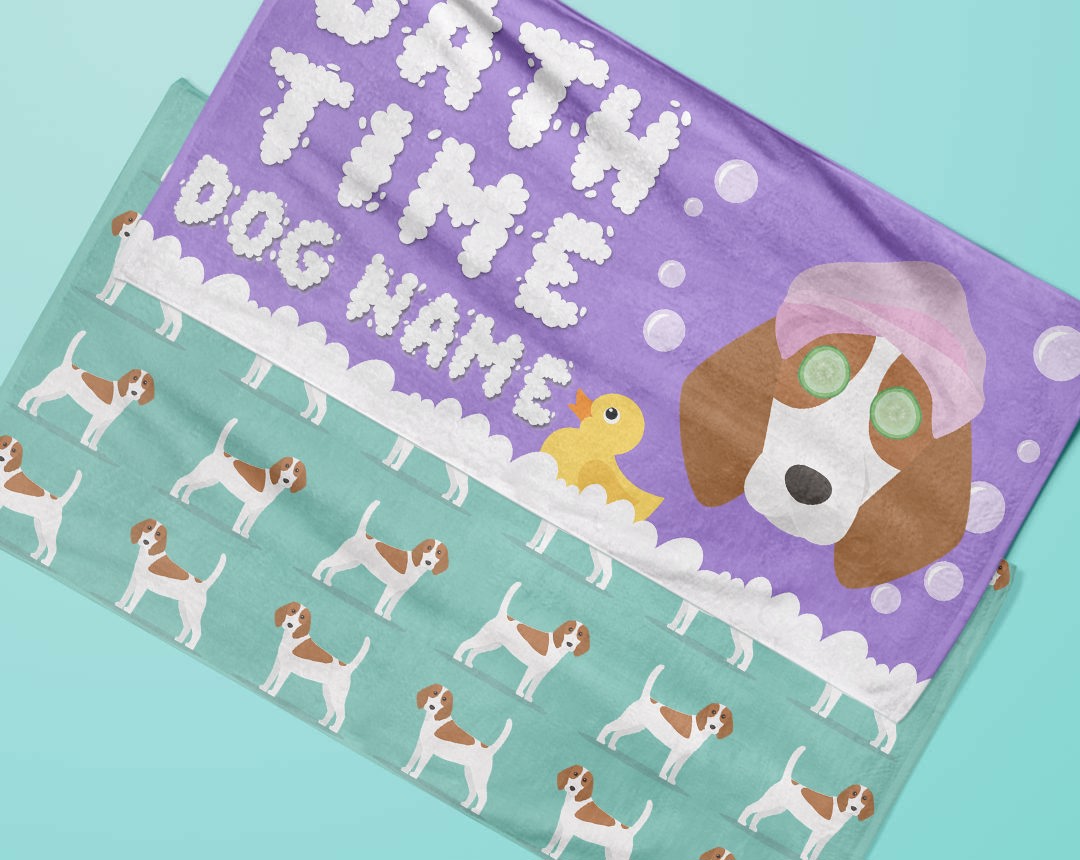 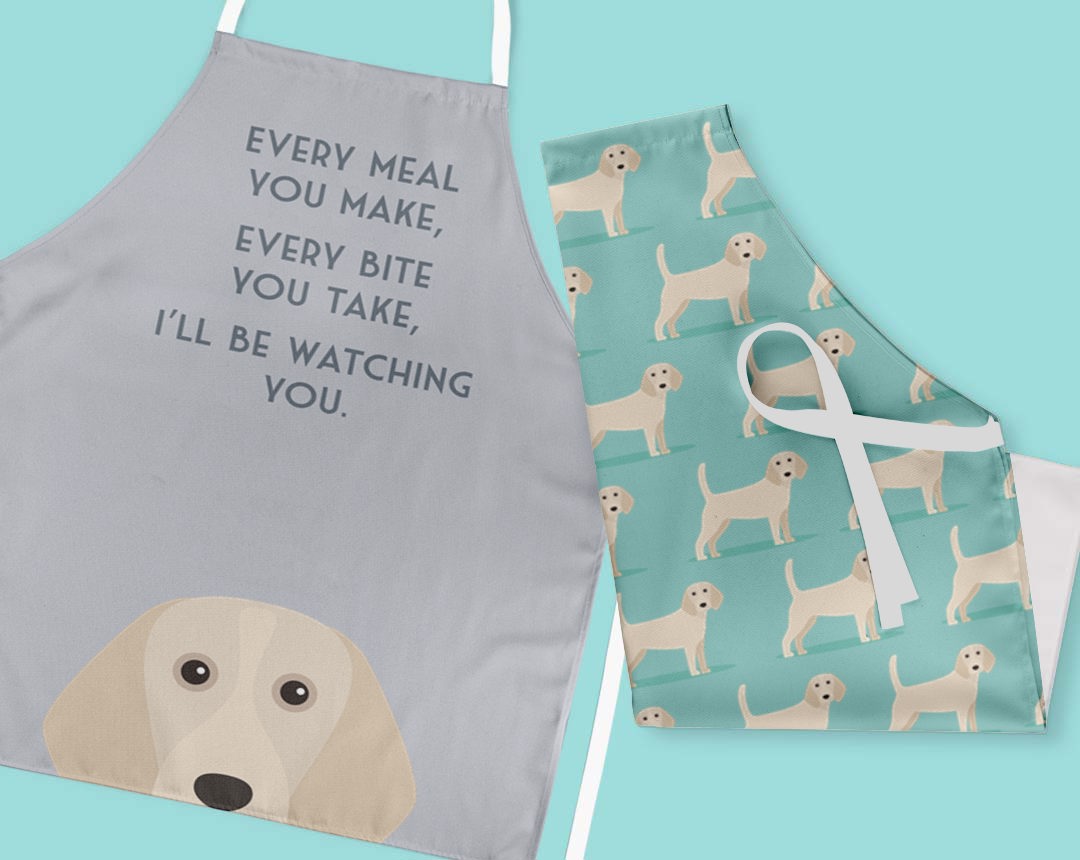 The name ‘Beagle’ is thought to have come from the French word ‘beugueule’ meaning ‘open throat’, which would make sense due to this breeds ability to create such a loud bark! They have a long history with similar dogs being documented in 400 B.C. But it wasn’t until around 1307 that this dog looked familiar to the one we know today, then known as the Glove Beagle, which could reportedly sit in the palm of your hand! Elizabeth l reigned from 1533 and was said to have kept Pocket Beagles, standing at only 9 inches high! And they soon became popular painting subjects. This breed wasn’t a particularly good hunter and it is only because of farmers in the United Kingdom who used the breed to hunt rabbits and hares, that they still exist today. Nowadays, you are more likely to see this dog chilling at home with its ‘hooman’ family, a well-deserved rest from all their hard work​ in their pasts.

Beagles are very happy and playful dogs and let their noses lead them through life. They have around 220 million scent receptors in their noses, compared to ‘hoomans’ who have just 5 million, which is why they are often used at Airports to help in finding contraband. In fact, over 20 international airports now employ ‘the Beagle Brigade’ to help keep their borders safe. One thing to watch with these guys is their unusually loud bark. Although they aren’t yappy, one bark will be enough to wake up the neighbors, and potentially two doors down as well! Because they were originally pack dogs, they get on very well with other dogs and would probably enjoy life more if they had another furry friend to spend time with. They do very well in apartments due to their small size but will require at least an hour of exercise a day to keep them happy chappy’s!

The origins of this ancient breed have been the subject of disputed for centuries. Even the breed name is a shrouded in mystery. Some experts say it derives from the Gaelic word beag (“little”), while others point to the French term for the sound hounds make while hunting: be’geule.

There are reports of small pack-hounds employed to hunt rabbit and hare in England long before the Roman legions arrived in 55 B.C. An English authority called the Beagle the “foothound of our country, indigenous to the soil.” By the 1500s, most English gentlemen had packs of large hounds that tracked deer, and smaller hounds that tracked hares. The smaller, more compact hounds were ancestors of our modern Beagle.

The phrase “foot hound” is vital to understanding the Beagle’s broad appeal for hunters in England, the Continent, and North America. Unlike larger pack hunters like foxhounds or Harriers, the Beagle could be hunted on foot—no horse was necessary. Those who couldn’t afford to feed and stable a horse, and ladies and gentlemen too old to spend a hard day thundering across the countryside on horseback, could easily keep up with a pack of Beagles on foot.

Beagle imports began arriving in America in the years after the Civil War, and their popularity among U.S. rabbit hunters was immediate. The AKC registered its first Beagle, named Blunder, in 1885. To this day, “beaglers” in woodsy areas of North America still swear by their breed’s great nose, musical voice, and enthusiastic approach to rabbit hunting.