Enter your dog's name, select an icon and you'll instantly see EVERYTHING personalized just for your Basenji...
Get Started
or choose from over 300 breeds
or login to fetch your dogs
Choose your dog 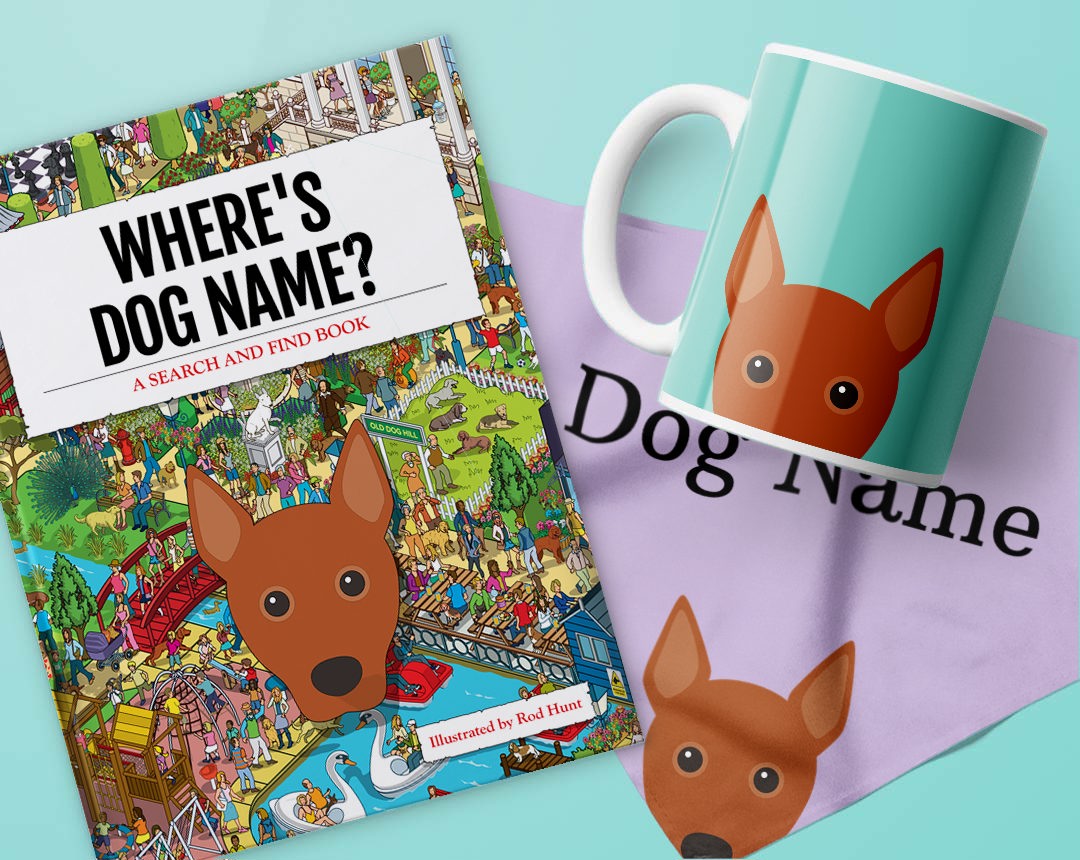 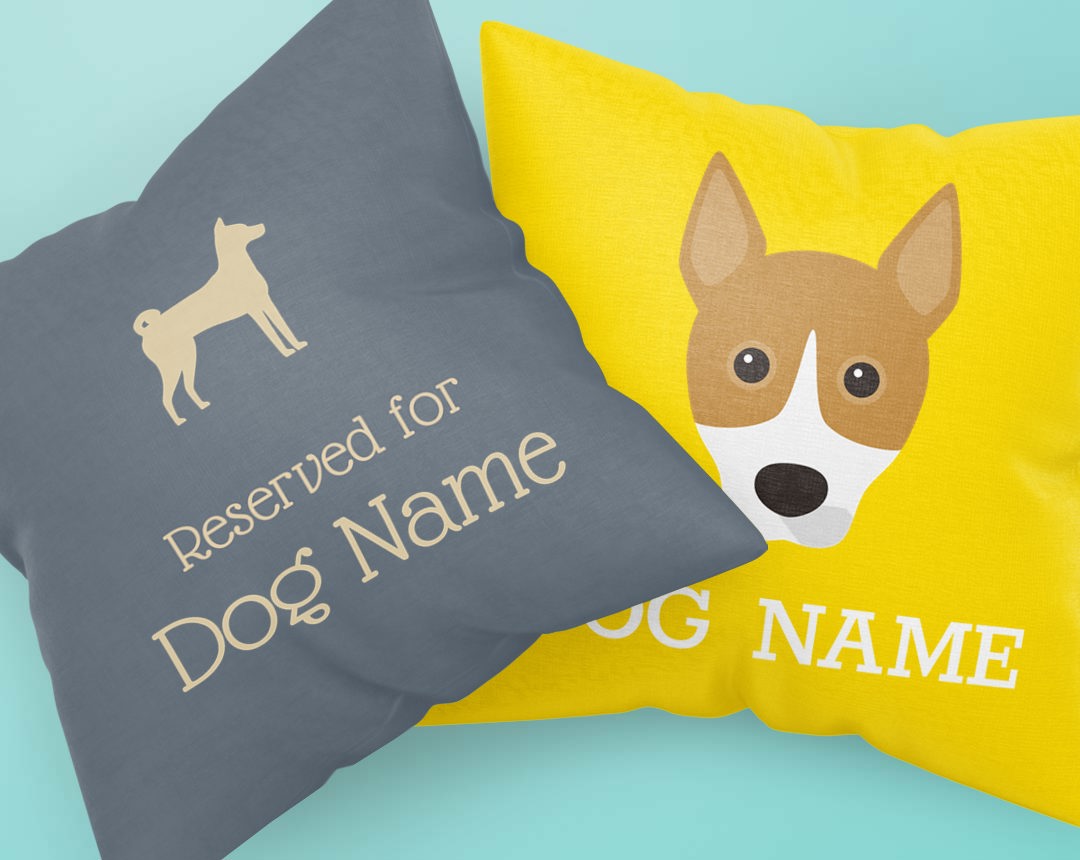 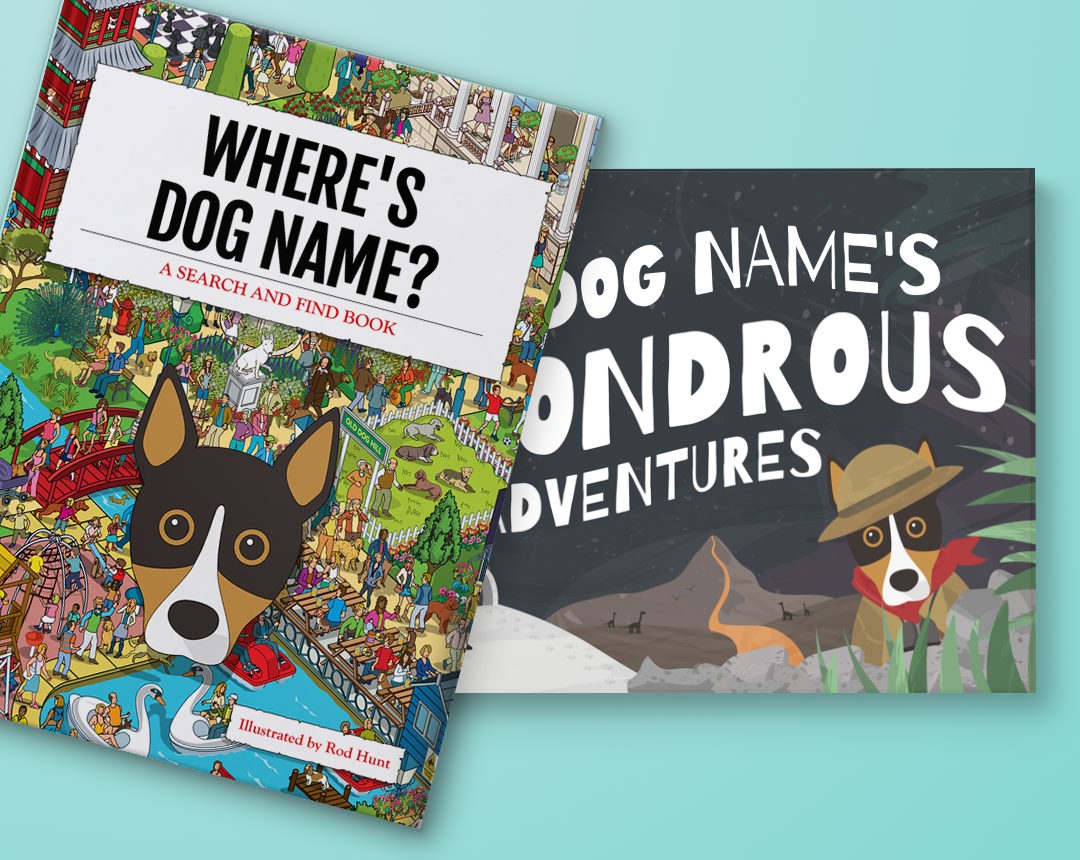 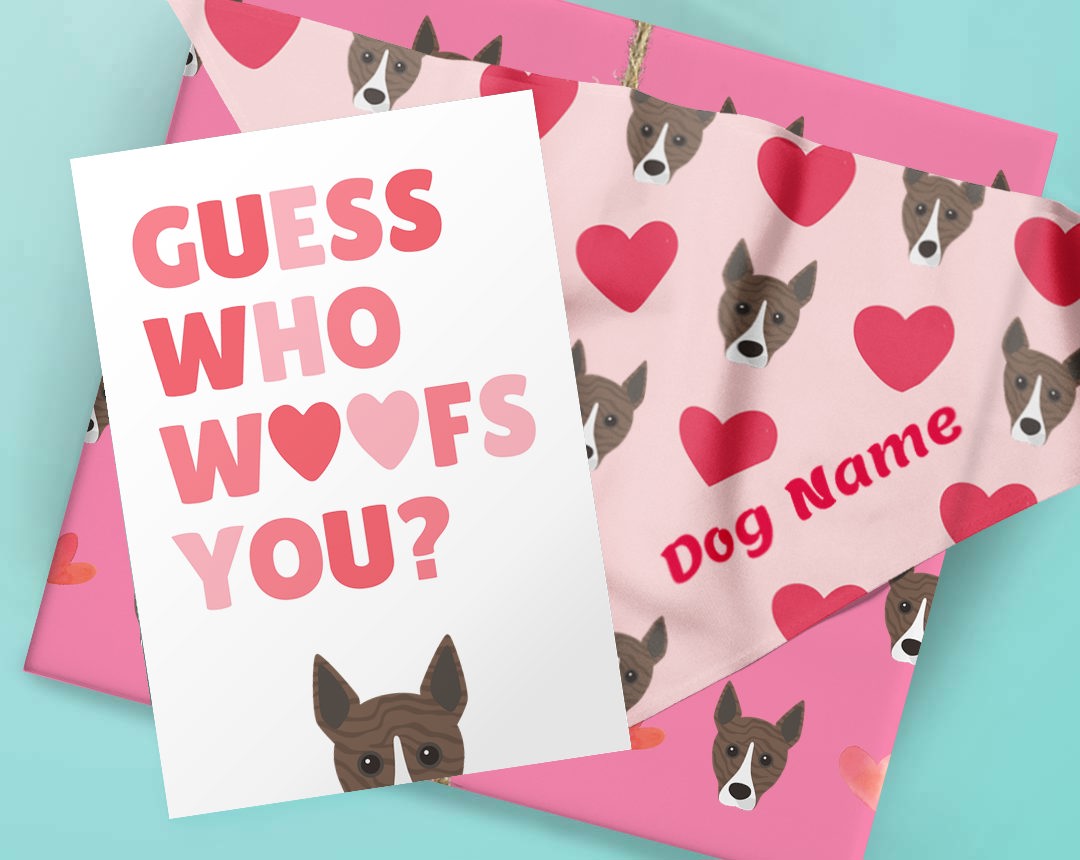 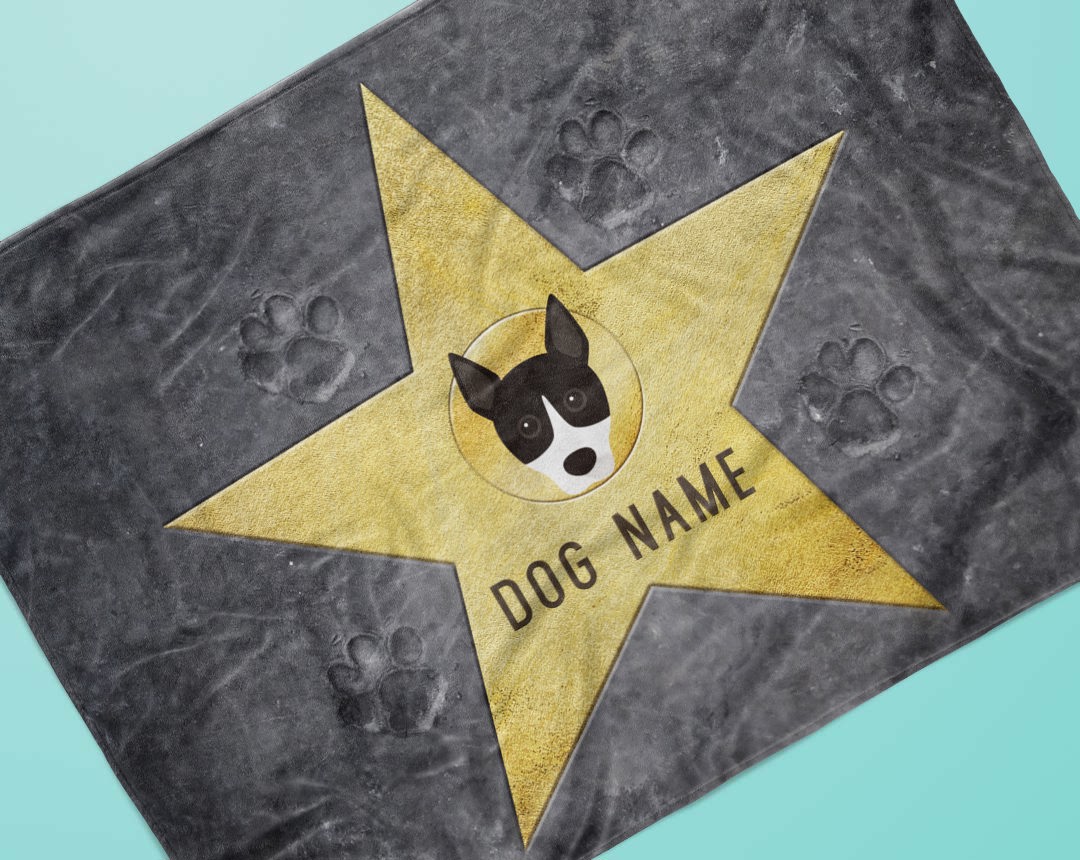 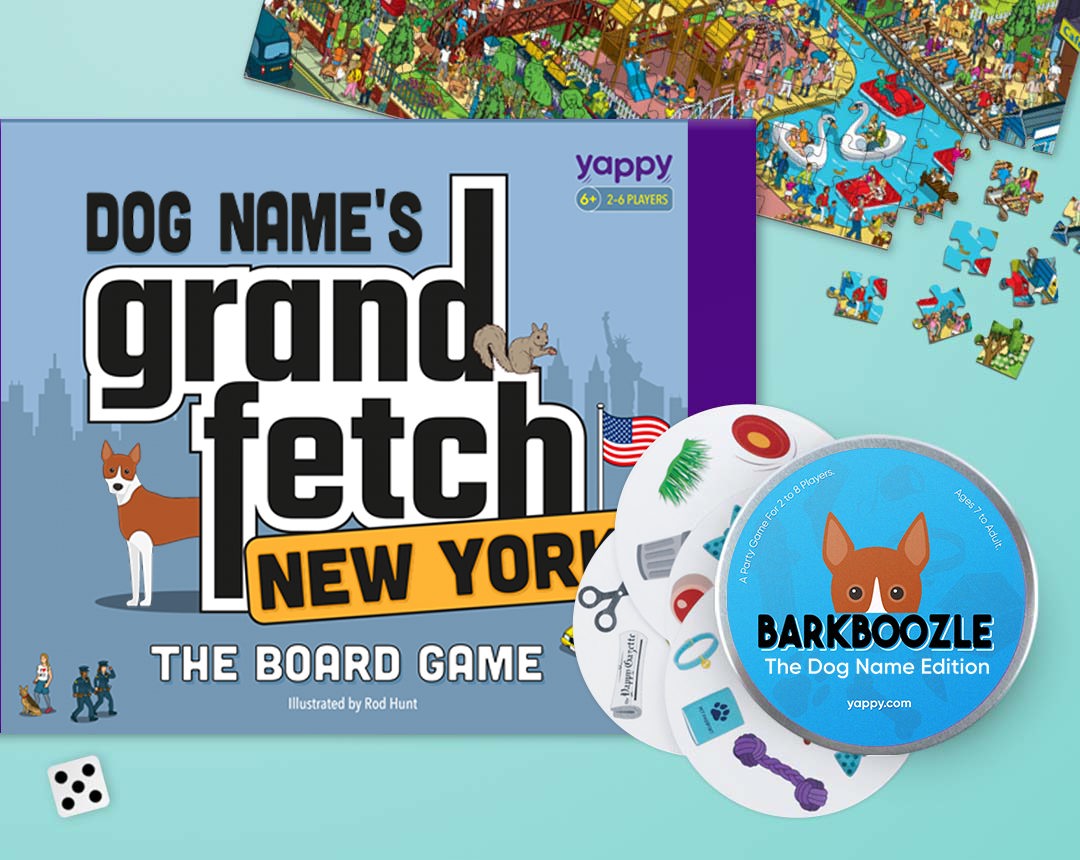 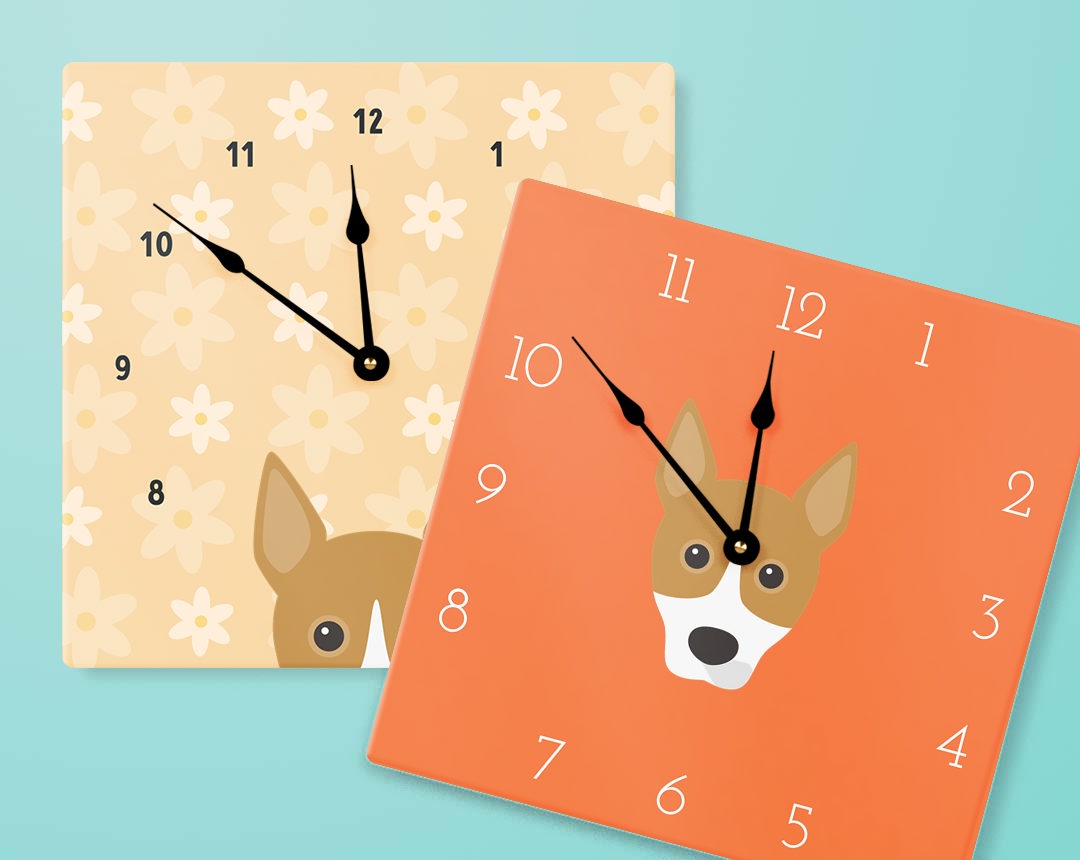 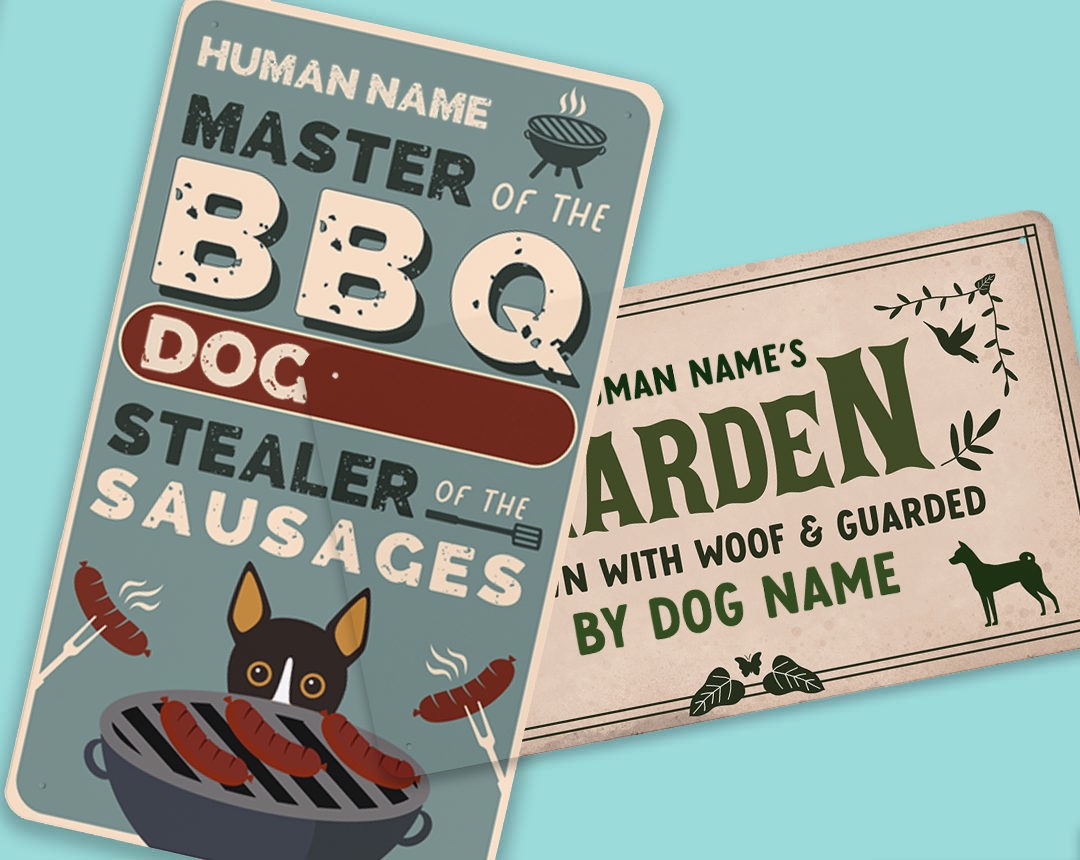 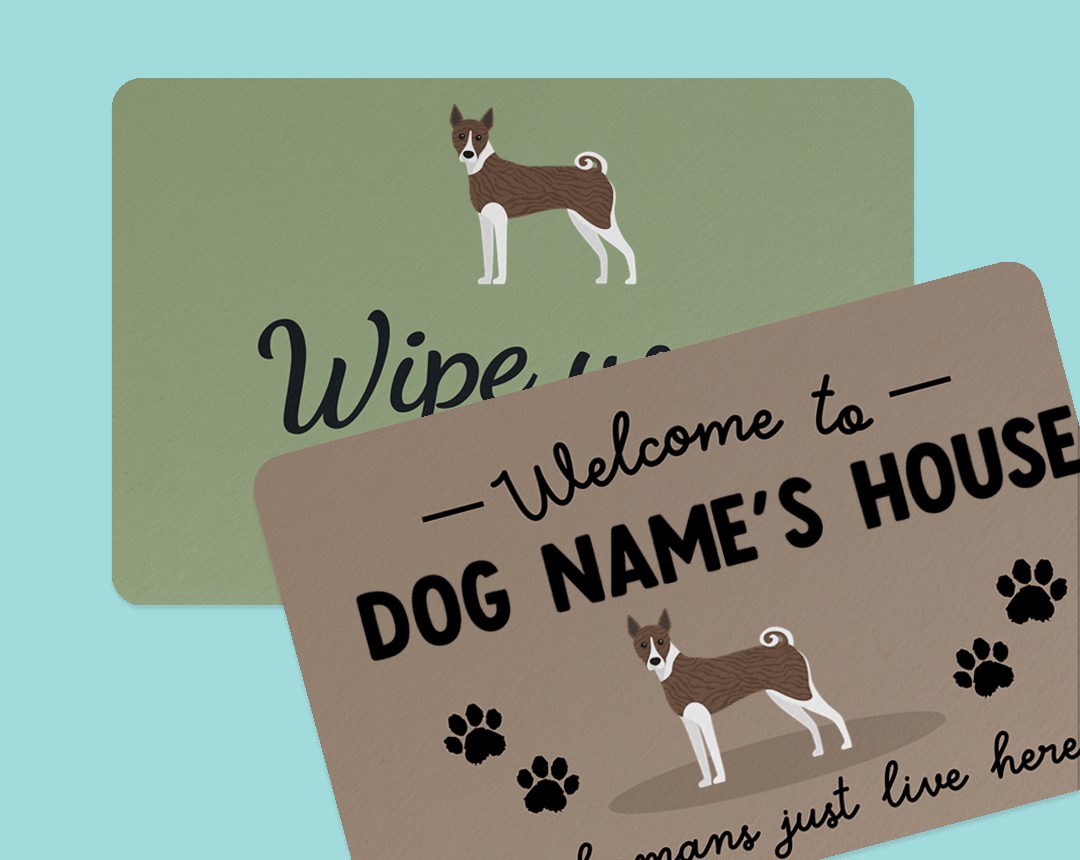 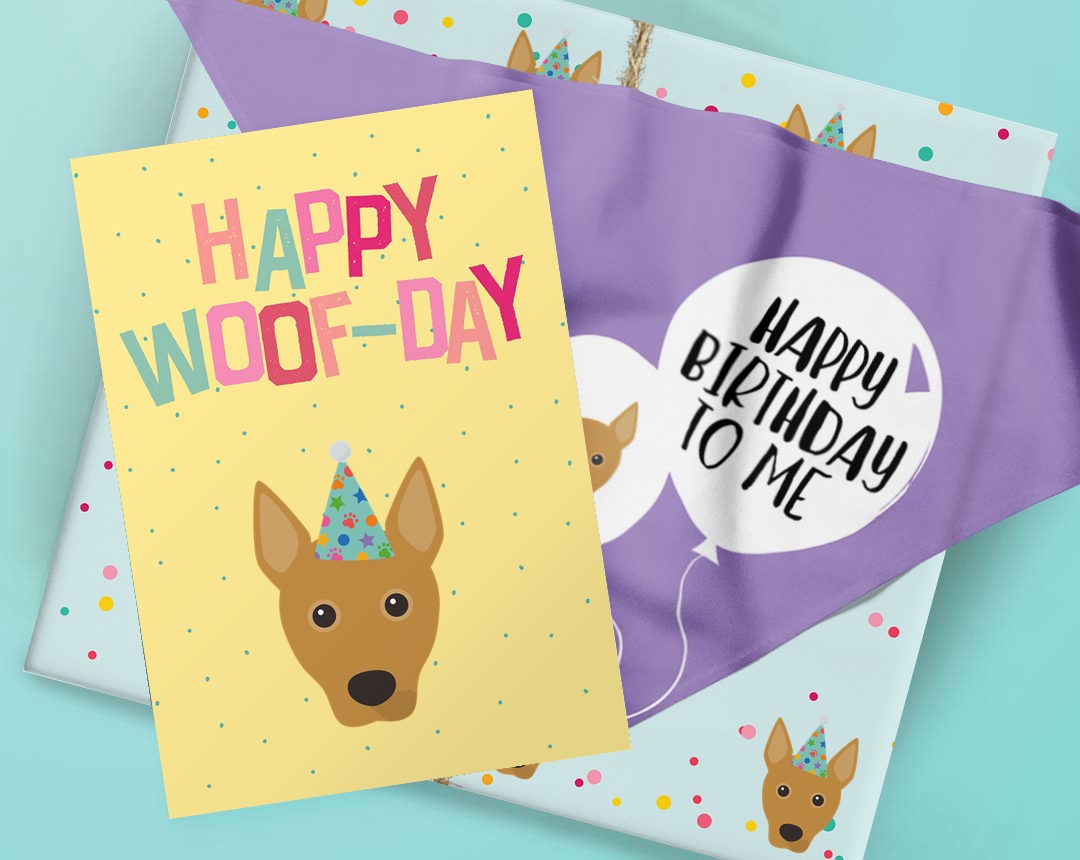 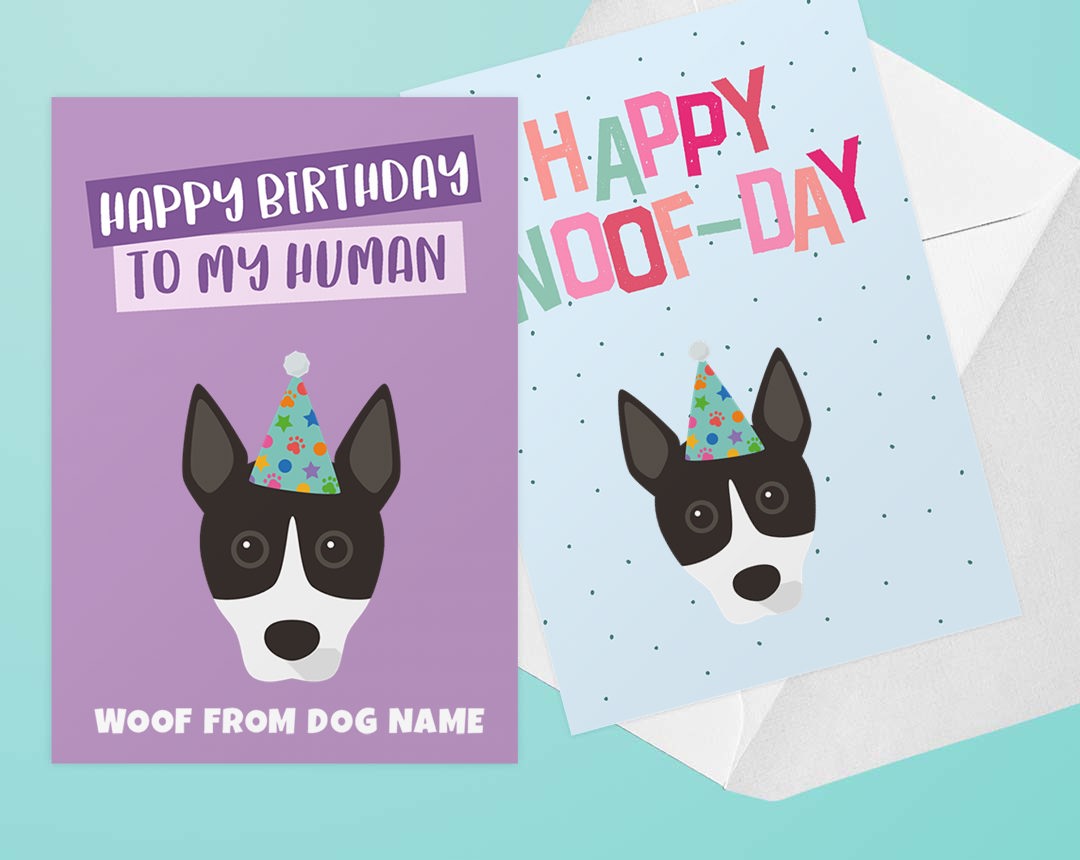 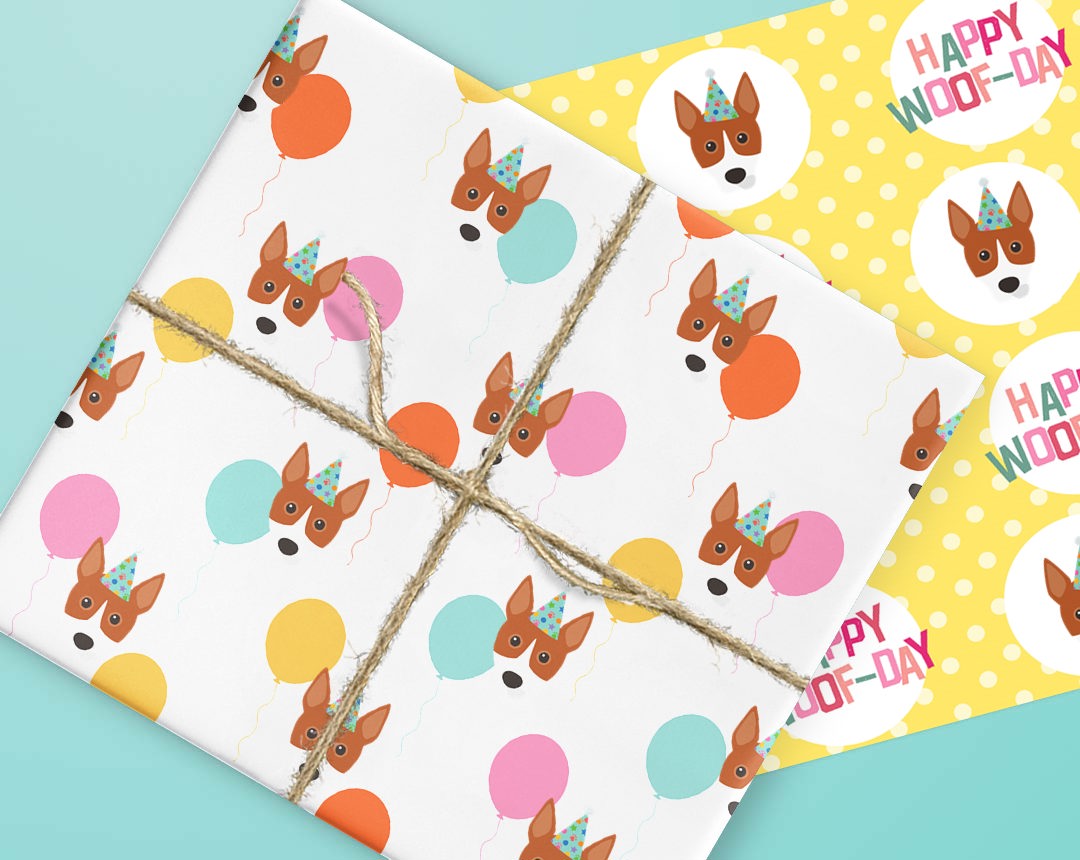 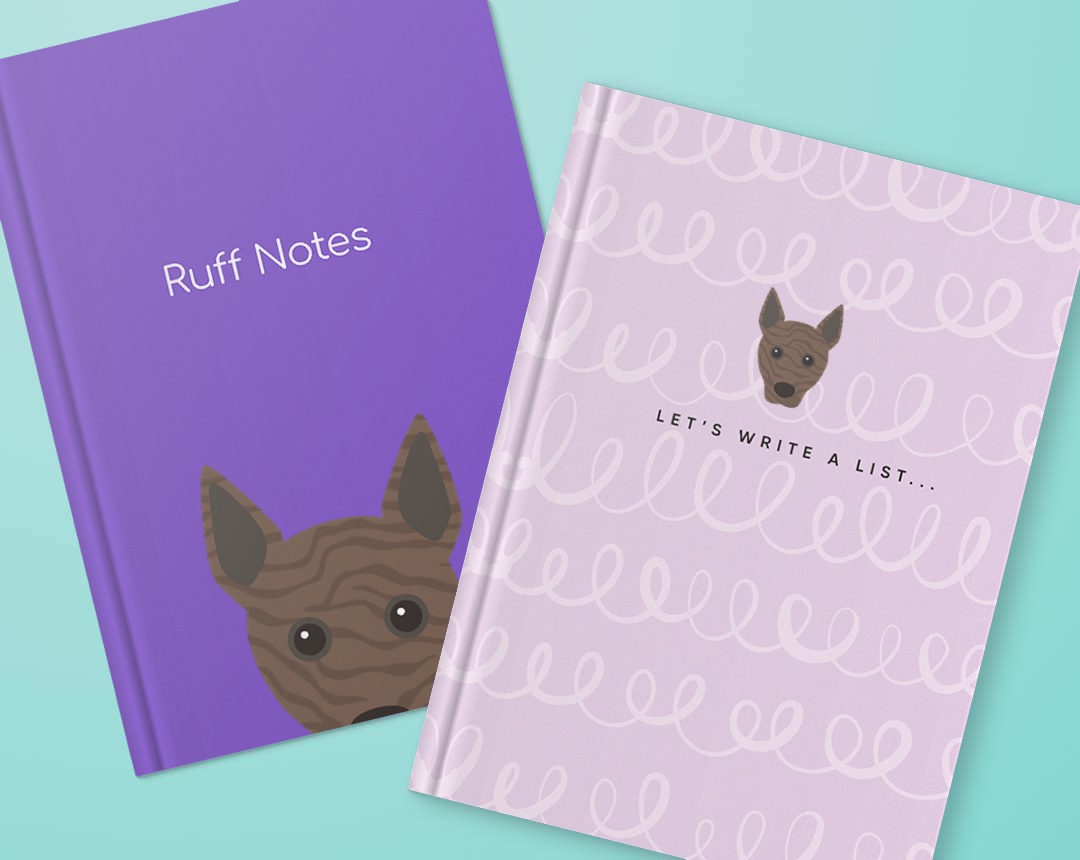 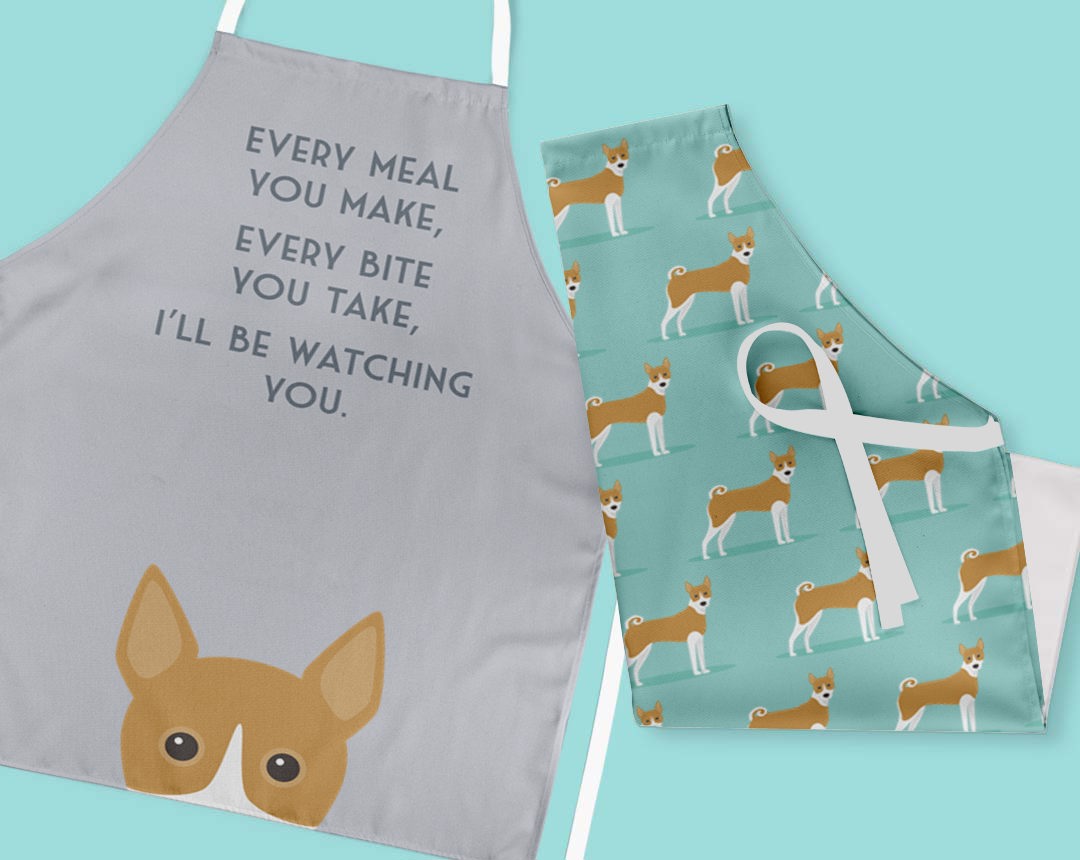 These dogs are extremely unique, they don't bark but rather 'talk' through a strange yodel-like sound! Additionally, they are very hygienic and tend to clean themselves like cats using their paws, they get very obsessive trying to get rid of dirt on their coats!

Additionally, they have a very sweet appearance, mainly due to their little wrinkly foreheads and kind-looking eyes. They are very gentle and affectionate by nature and form extremely strong bonds with their families!

Fun Fact: These dogs are called M'bwa M'kube M'bwawamwitu in Africa, which means the jumping up and down dog!

This is not a dog for first-time owners, we repeat, not a dog for first-time​ owners! Unlike many dogs who are ‘wiling to please’, this is a phrase the Basenji is unaware of. They can be highly stubborn and even if you train them impeccably, the chances of them actually ‘sitting’ when you command them to are low. They are also very prone to chewing and eating everything in eyesight, so owners need to keep their possessions out of sight and mouth! You will also need a very sturdy fence as these guys are prone to escaping. But negatives aside, they love to play all sorts of games! They make excellent watchdogs and will alert their ‘hoomans’ to almost anything that is out of their comfort zone. These dogs are also excellent for owners who jog or cycle as they will happily run alongside you. They also love sports and hunting, so are perfect for an active family.

Basenjis are contenders for the title of oldest AKC breed. Palaeontologists tell us that the first domesticated dogs looked a lot like Basenjis. They are depicted in ancient Egyptian artifacts, and traces of the breed can also be seen in ancient Babylonian and Mesopotamian art.

These once-mighty civilizations collapsed long ago, but the Basenji endured as a semi-wild dog living at the headwaters of both the Nile and Congo rivers. African tribesmen prized Basenjis as versatile hunters with keen eyesight, speed, and a highly developed sense of smell. Basenjis are known expert vertical leapers, a skill developed to scout prey in African grasslands.

Isolated in remote areas of the African continent for thousands of years, the unique Basenji went unaltered by Western fads and fancies. The breed that impressed the pharaohs was pretty much the same as the breed that was introduced to the West in the late 1800s.

A breeding pair was brought to England by a returning explorer in 1895, but they died soon thereafter. Another pair was brought to England in 1937. They were exhibited as natural curiosities, and this previously unknown breed caused such a sensation with the dog-loving British public that police were called in for crowd control. But, again, tragedy struck: The female and a litter of puppies died, leaving only the male, named Bois.

Bois was acquired by a Boston breeder who had recently obtained a female named Congo. This resulted in the first Basenjis bred in America. More dogs were slowly added to the gene pool until, finally, the Basenji was established in the United States.