Enter your dog's name, select an icon and you'll instantly see EVERYTHING personalised just for your Shih Tzu...
Get Started
or choose from over 300 breeds
or login to fetch your dogs
Choose your dog 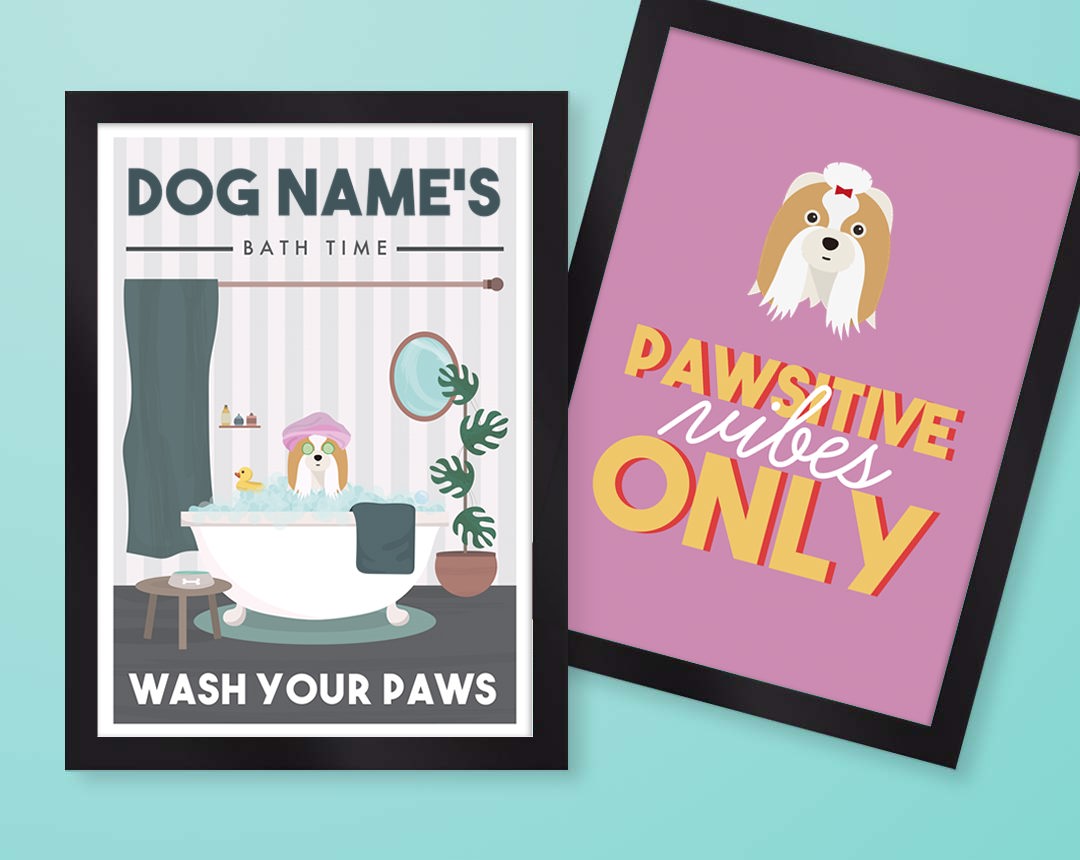 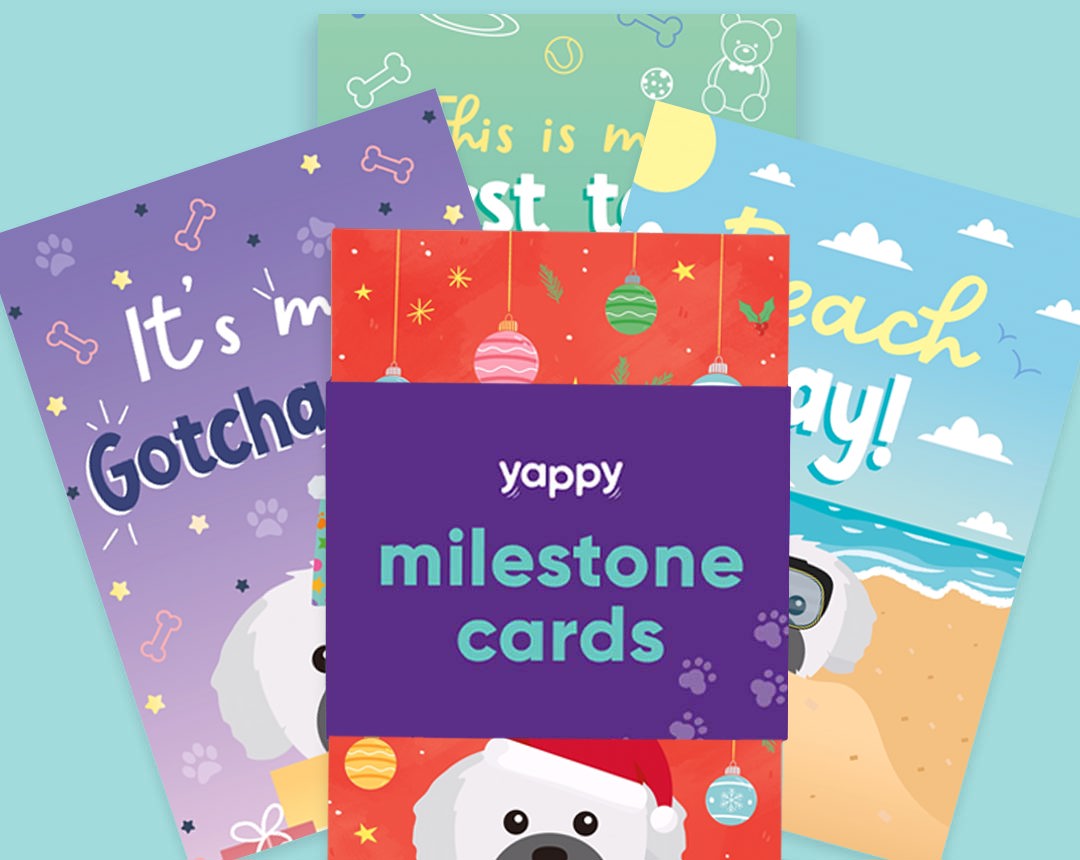 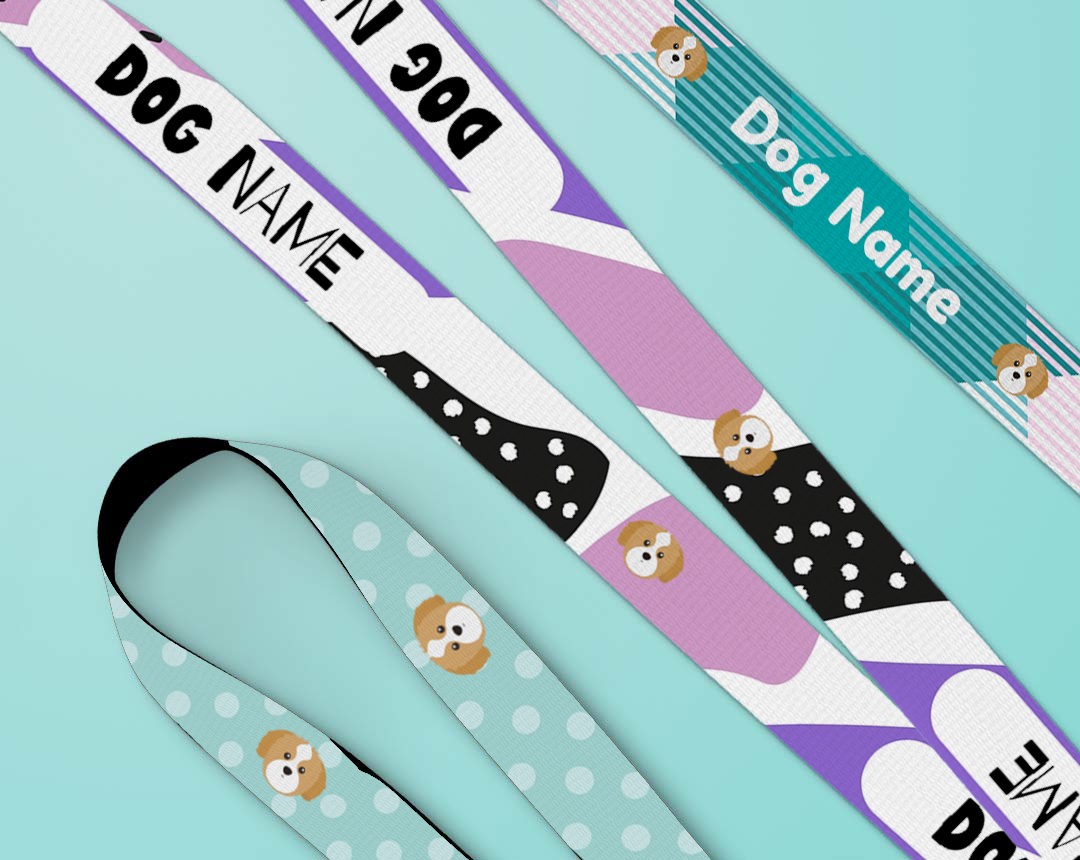 Translating to ‘Little Lion, this ancient type of dog is amongst the 14th oldest breeds in the World! ‘Hoomans’ have found dog bones in China proving that these pooches were present as early as 8,000 B.C. However, the actual history of these dogs, is more mystery than fact, with much speculation about how they came about. It’s thought that they may have been developed by Tibetan Monks, that they were developed in China by crossing other breeds, such as the Lhasa Apso or Pekingese, and many other theories! But regardless of the myths and back-story of the Shih-tzus, one thing is obvious, they were deeply loved and sought-after companion dogs!

No-one has ever described this sweet little doggy better than James Mumsford, who defined the Shih-Tzu as : "a dash of lion, several teaspoons of rabbit, a couple of ounces of domestic cat, one part court jester, a dash of ballerina, a pinch of old man, a bit of beggar, a tablespoon of monkey, one part baby seal, a dash of teddy bear, and, for the rest, dogs of Tibetan and Chinese origin." – and we couldn’t agree more! These pooches are extremely good-natured and adaptable, meaning they are suitable for ‘hoomans’ living in apartments, farms, cities, countryside, and many more places of residence! Shih-tzus also adore children and get on extremely well with other animals. It’s therefore no surprise that they make excellent therapy dogs, due to their gentle nature and ability to get on with lots of other people and animals!

Recent DNA research has shown that the Shih-tzu is one of the fourteen oldest dog breeds in the world. Despite their cute appearance, they are one of the breeds most closely related to wolves. Their ancient lineage means that their exact origins are unclear. Some believe that the Shih-tzu was developed by the Tibetan Monks, and given to Chinese royalty. Others believe that it was developed in China, by crossing Lhasa Apso or Pekingese with other breeds. The name Shih-tzu translates as Lion Dog, which the dog is sometimes still known as.

Wherever they originated from, the popularity of the Shih-tzu in classical China is indisputable. Dogs that closely resemble the modern Shih-tzu were depicted in paintings and written about in literature in the time of Tang Dynasty (618-907 AD). More references appear in the 990s AD. When Marco Polo returned to Europe in the 13th century, he described the small dogs that the Mongolian Emperor, Kubla Khan owned, which were used to keep the trained hunting lions calm.

It is certain that Royal family of the Ming Dynasty (1368-1644 AD), kept Shih-tzu dogs, which were again described as ‘little lion dogs’ and, alternatively, ‘chrysanthemum-faced dogs’. They are described in contemporary documents as being small, intelligent, and docile, and having a close resemblance to lions. After that, there are surprisingly few records relating to the breed until the 1900s.

However, it is known that the breed became very popular at the Imperial Court in 1861, when one of the emperor’s concubines became Empress T’zu Hs’i of China. She adored animals, and one of her first rulings was that anyone caught hurting any of the palace dogs would be executed. When the Empress T’zu Hs’i was presented with two Shih-tzus by the Dalai Lama, she fell in love with the breed. As a result, she instituted breeding programmes, overseen by the palace eunuchs.

Following the Empress’ death, the Chinese elite began breeding Shih-tzus, competing with each other to produce the best specimens of the breed. There was so much competition, that few records were kept to prevent secrets being leaked. The Shih-tzu was so highly valued that the Chinese refused to sell, trade or give any away, although a very few Shih-tzus did reach Europe. It was not until 1928 that the first pair reached England, thanks to Lady Brownrigg, wife of the Quartermaster General of the North China command, which she mated. In 1933, a Mrs Hutchins imported a male from China to Ireland, which was later bred with Lady Brownrigg’s female. The three dogs became the foundation of Lady Brownrigg’s kennel of Shih-tzus.