Enter your dog's name, select an icon and you'll instantly see EVERYTHING personalised just for your Samoyed...
Get Started
or choose from over 300 breeds
or login to fetch your dogs
Choose your dog 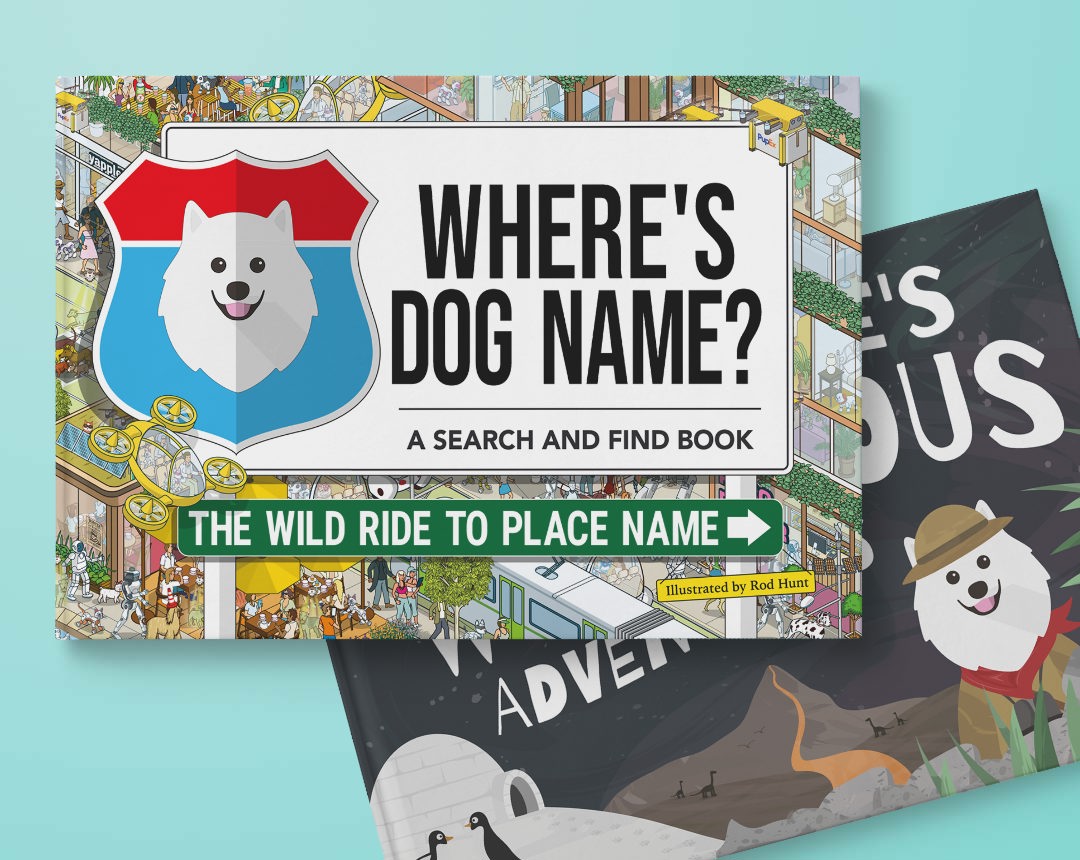 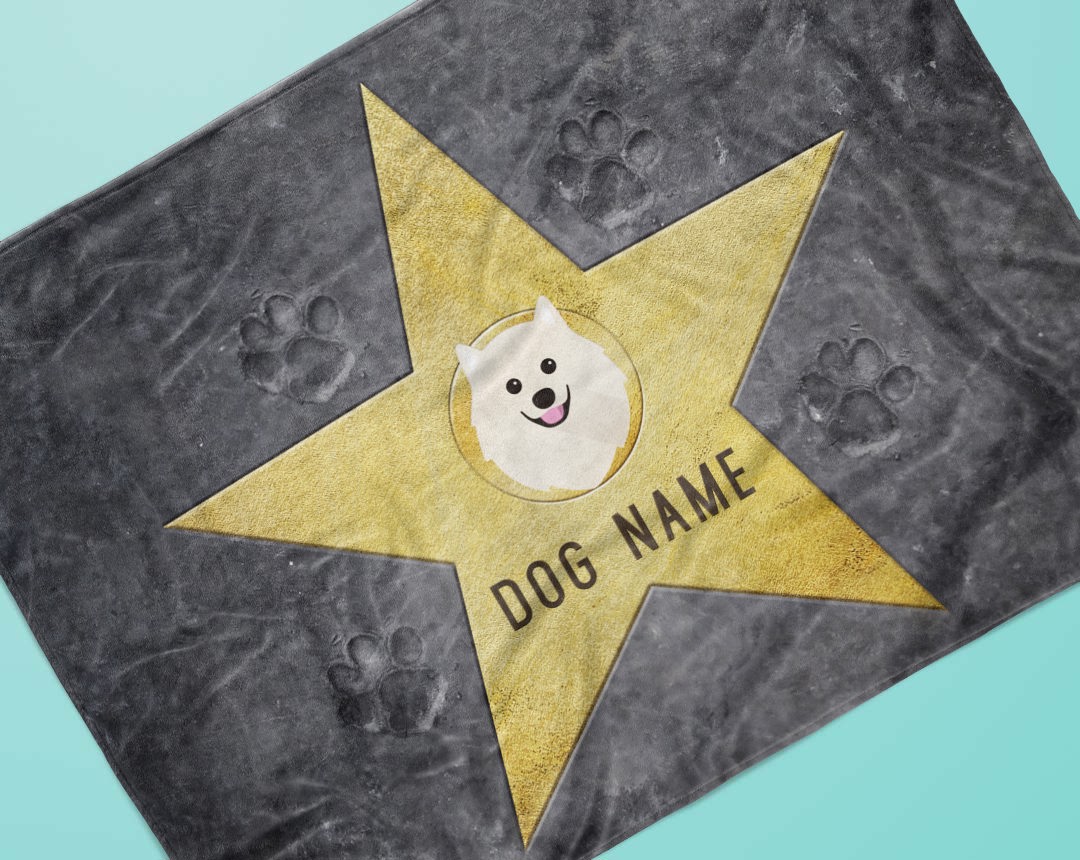 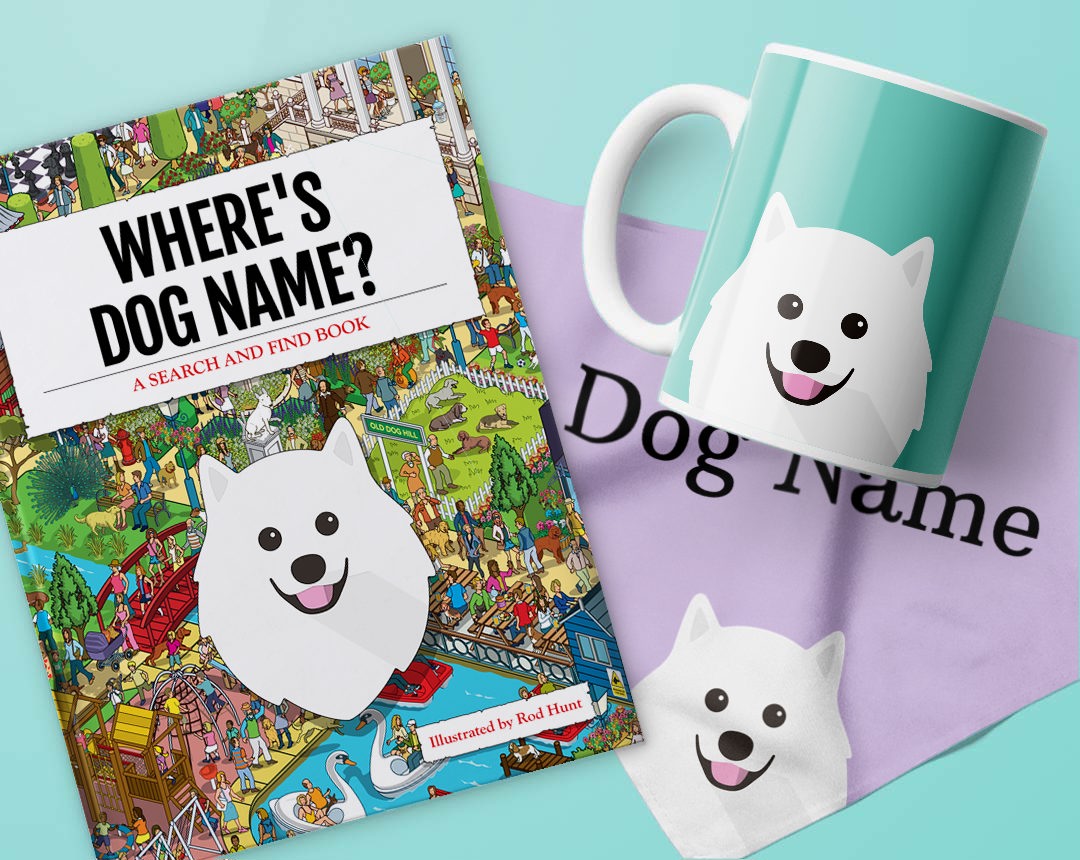 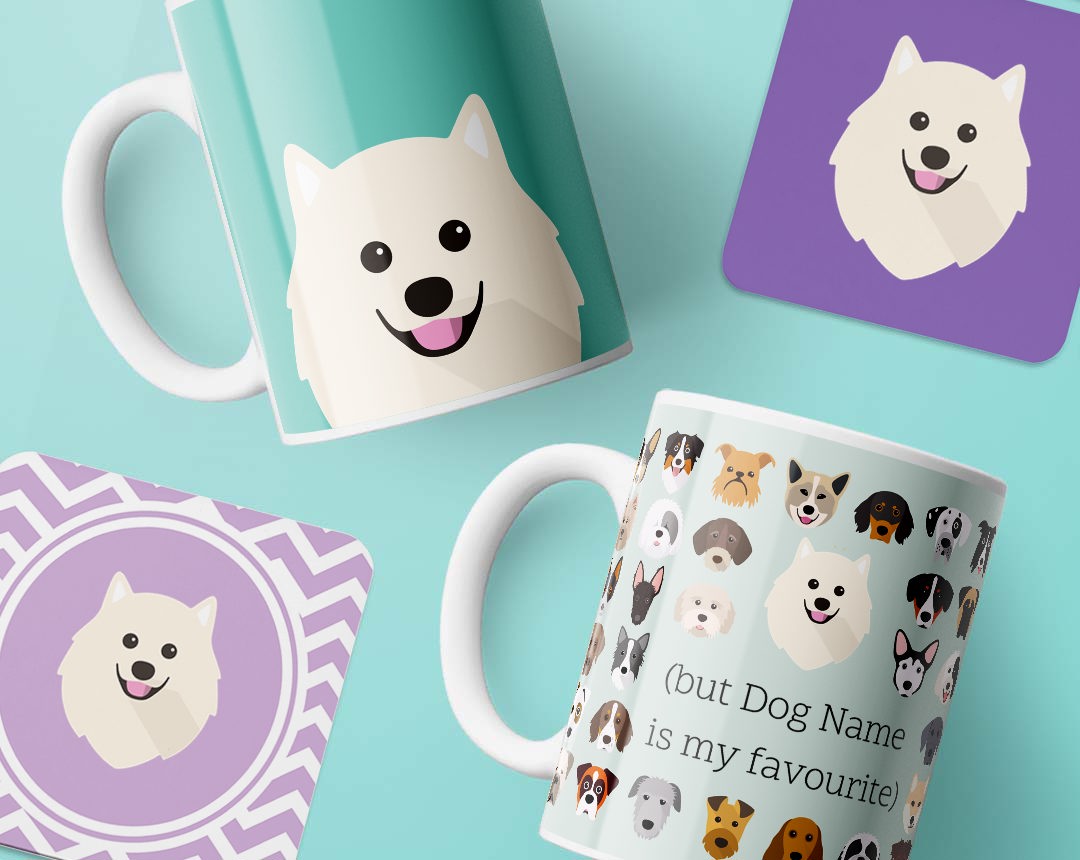 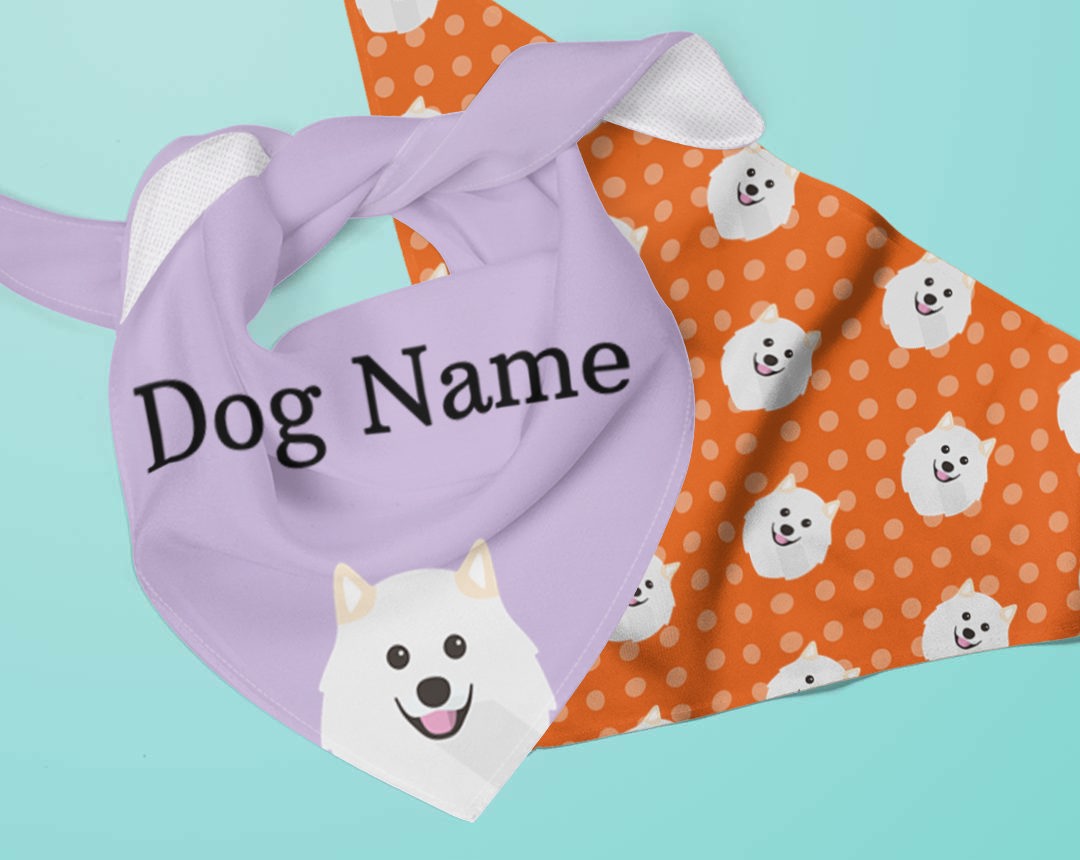 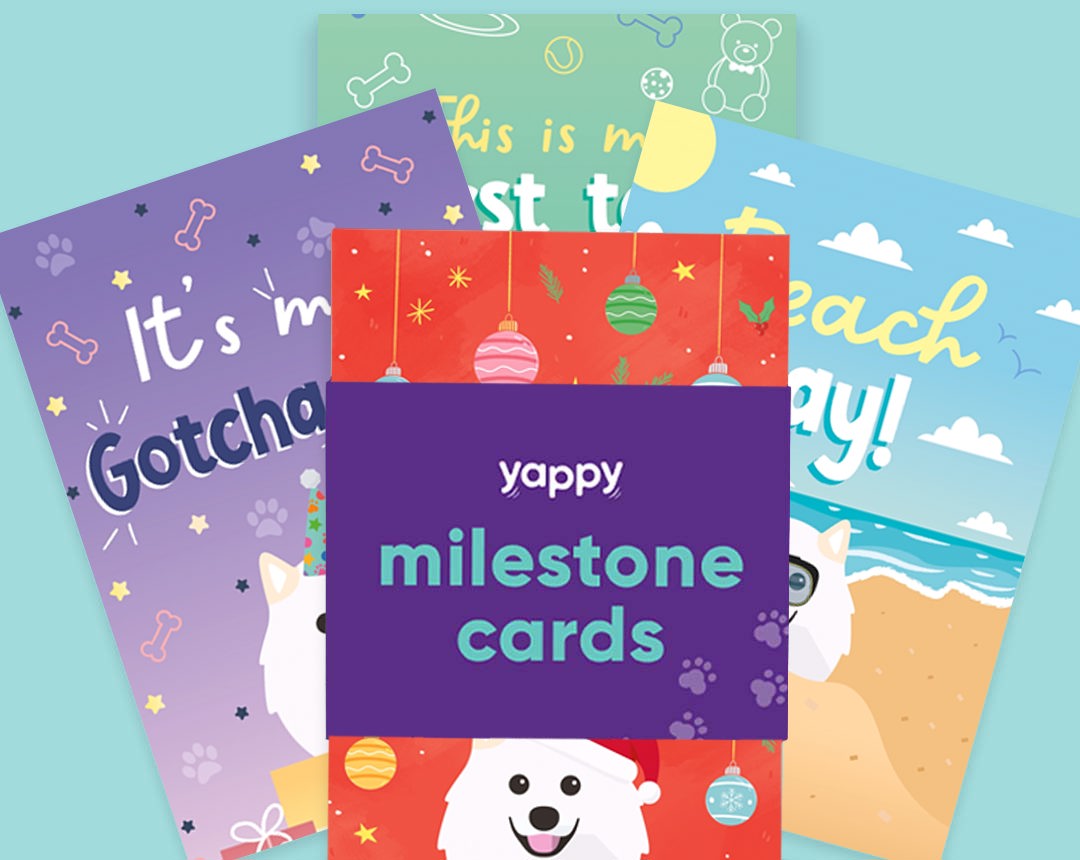 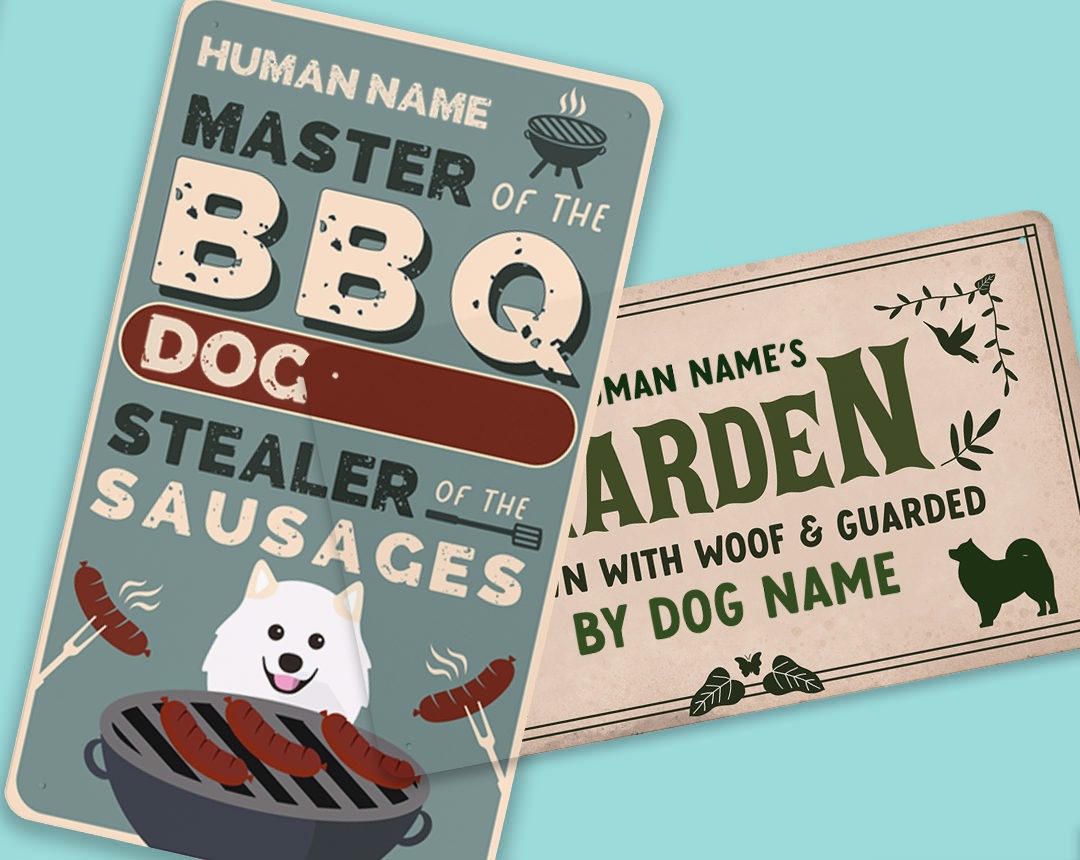 Samoyed's have an extremely interesting ancestry and were named after the Samoyede people, a group of individuals as part of the Asiatic Nomadic Tribes. It's though that they took their dogs with them when they moved to North America, where the doggies were used to pull sleds and guard reindeer. They were so good at their jobs that many lived in the houses of their masters! It was during the 17th and 18th centuries that explorers from Russia saw the potential in these doggies, whilst travelling through Siberia. From this point on, they became increasingly popular with European Royals and Nobles and claimed 'royal status'. Additionally, they were also used to pull tax collectors sleds through Siberia and were also used during expeditions to the Arctic and the North Pole. Its thought that the breed were preferred to Huskys as Samoyeds have a much better temperament. In fact, virtually all of these doggies can be traced back to expeditions in the Antarctic and Arctic regions. Nowadays, they are popular all over the world, including here in the UK!

These doggies are well-known for their loving and friendly nature towards both 'hoomans' and other doggies! They absolutely love being with their families as well as being involved in everything that goes on in the home! They are extremely playful and have a real passion for being outside, where they can release all their energy! Because of all this energy, they best suit a family who already lead an active lifestyle that they can easily slot into. They are also highly intelligent and along as they know their place in the pack, they can be very obedient doggies. They can be very vocal and for this reason need to be socialised and trained from a young age to try and dilute the impacts of this trait. Their independent streak means that sometimes they ignore commands, so will need an owner to keep a firm eye on their behaviour. However, for the right family, they make fantastic and loving pets.

The Samoyed is an ancient breed and is nearly akin to the primitive dog as the gene pool has no wolf or fox mixed in. They were a working dog, living in Siberia with hunters and fishermen, who were known as Samoyeds, hence the dog’s name. The dog was used to pull their sleds, or to guard their property and were great at herding the reindeer. They have strong herding instincts and can even herd your children gently to where they want them. Because of their thick fur and close relationship to people, the dogs even slept with the people to keep them warm. The thick double coat, with its soft inner coat, provided a warm, comfortable companion.

In 1889 the explorer Robert Scott brought the dogs to England. It is possible that fur traders traveling to Siberia for sable may have first introduced the breed to the west, but it is not documented. It was in England that the breed developed further, and from there it spread throughout the world. Only twelve dogs are cited as the foundation of the Samoyed breed today.