Enter your dog's name, select an icon and you'll instantly see EVERYTHING personalised just for your Irish Doodle...
Get Started
or choose from over 300 breeds
or login to fetch your dogs
Choose your dog 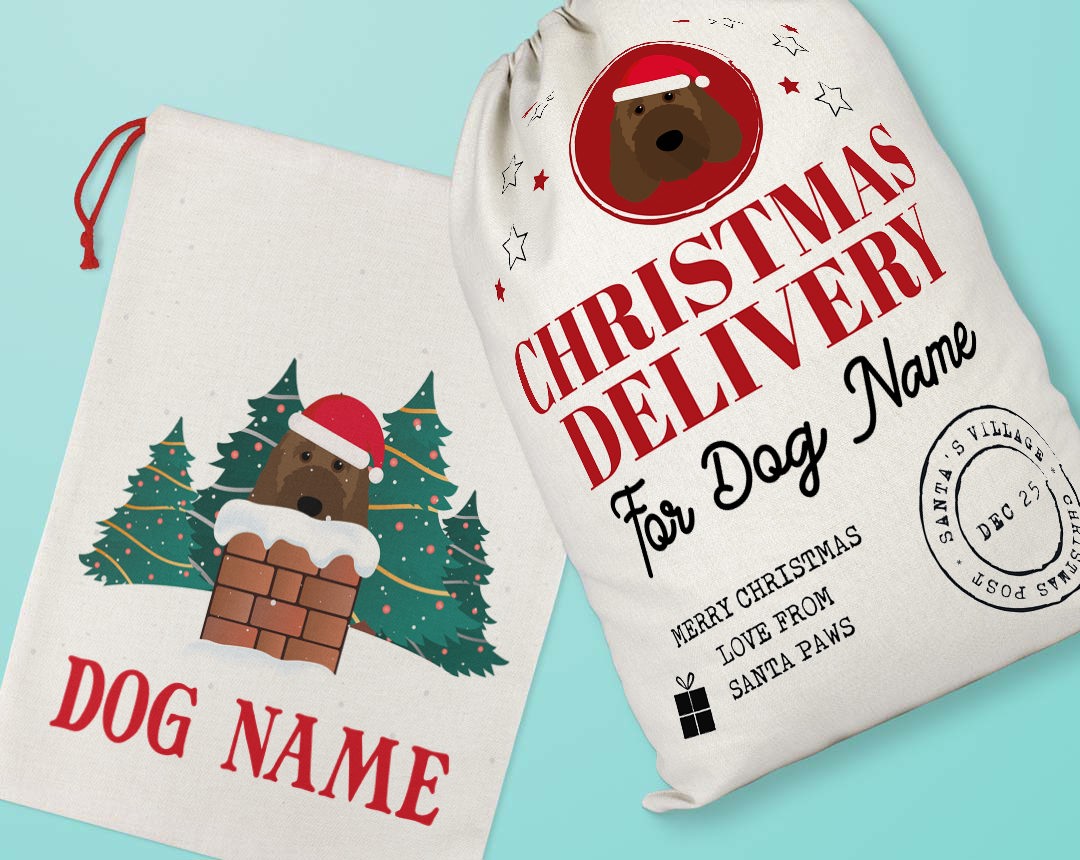 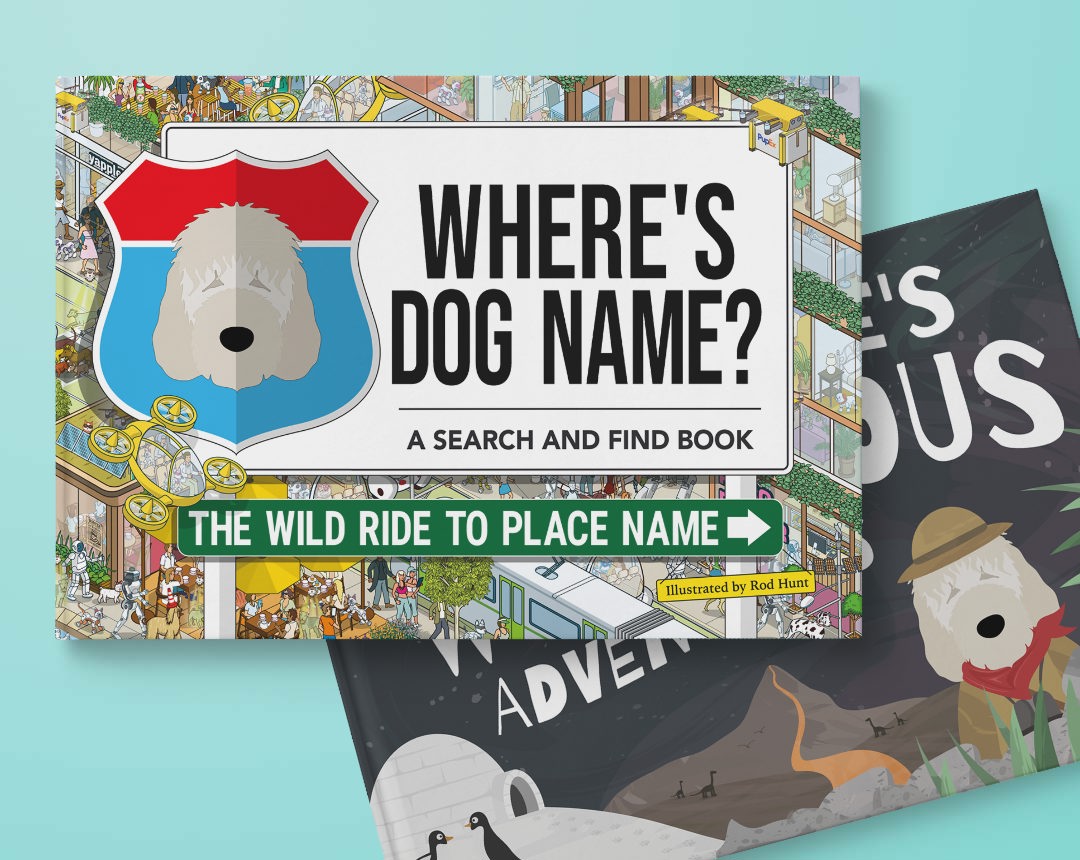 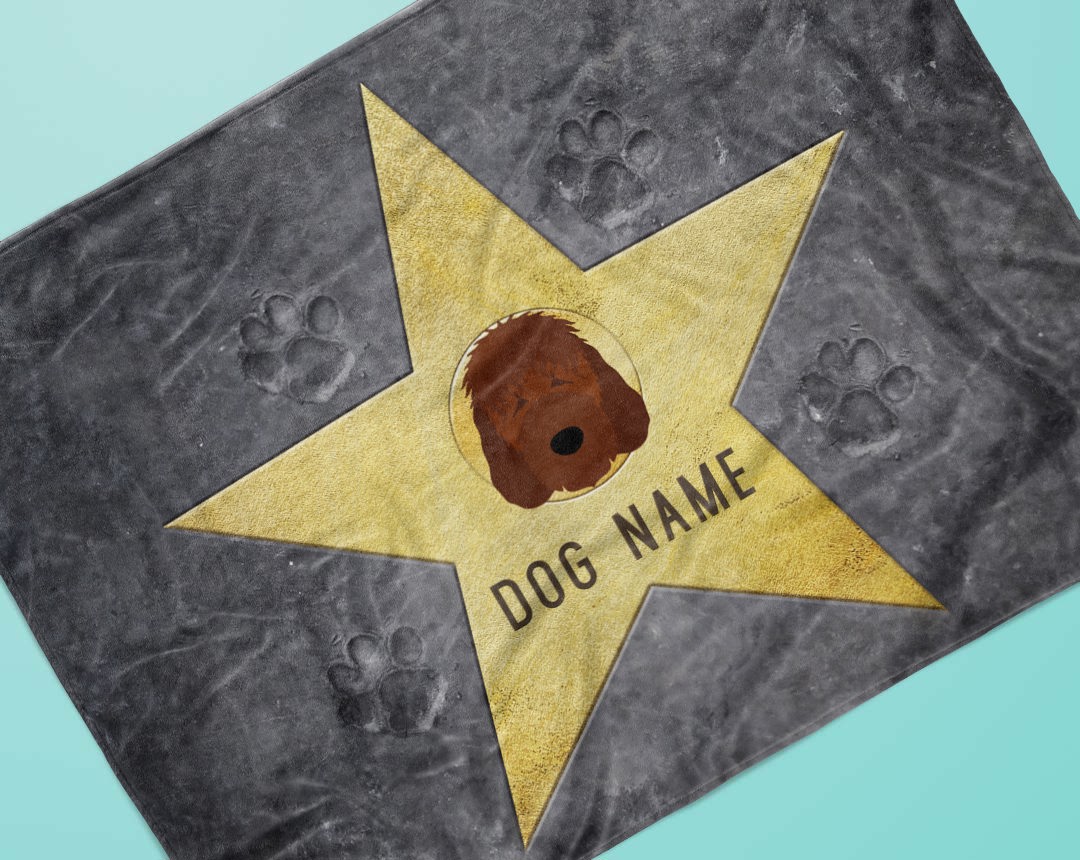 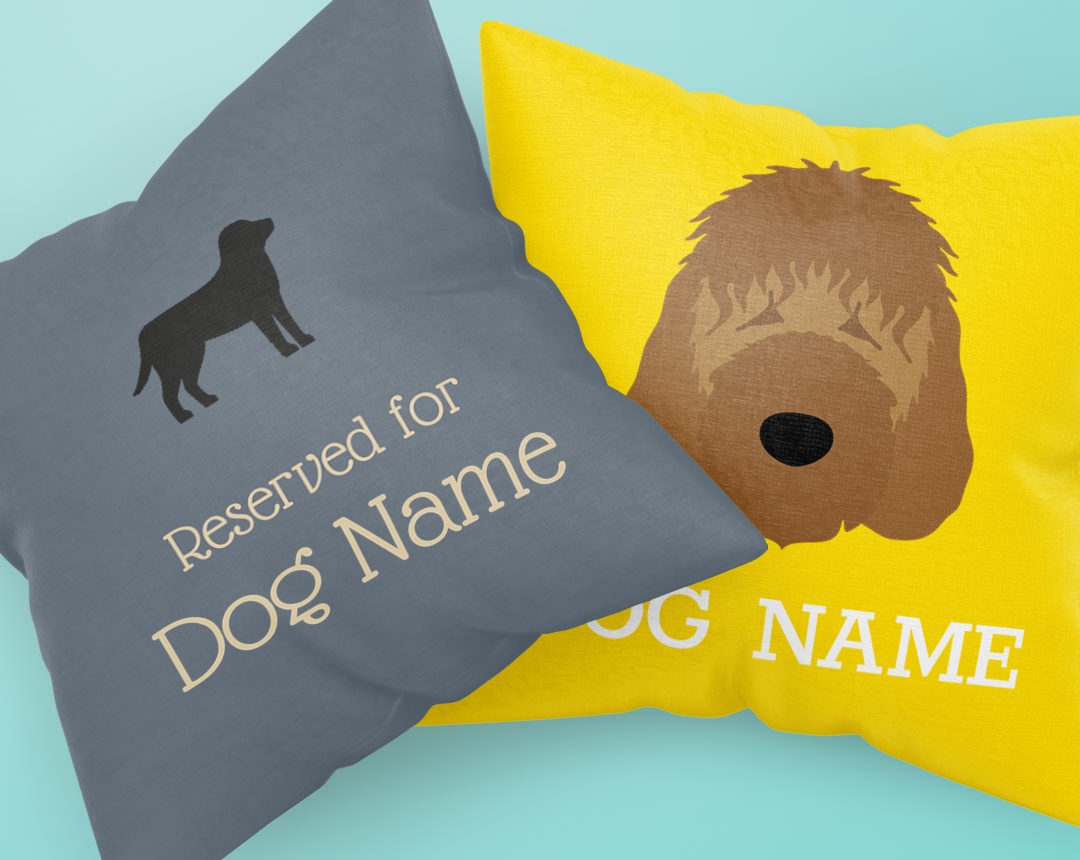 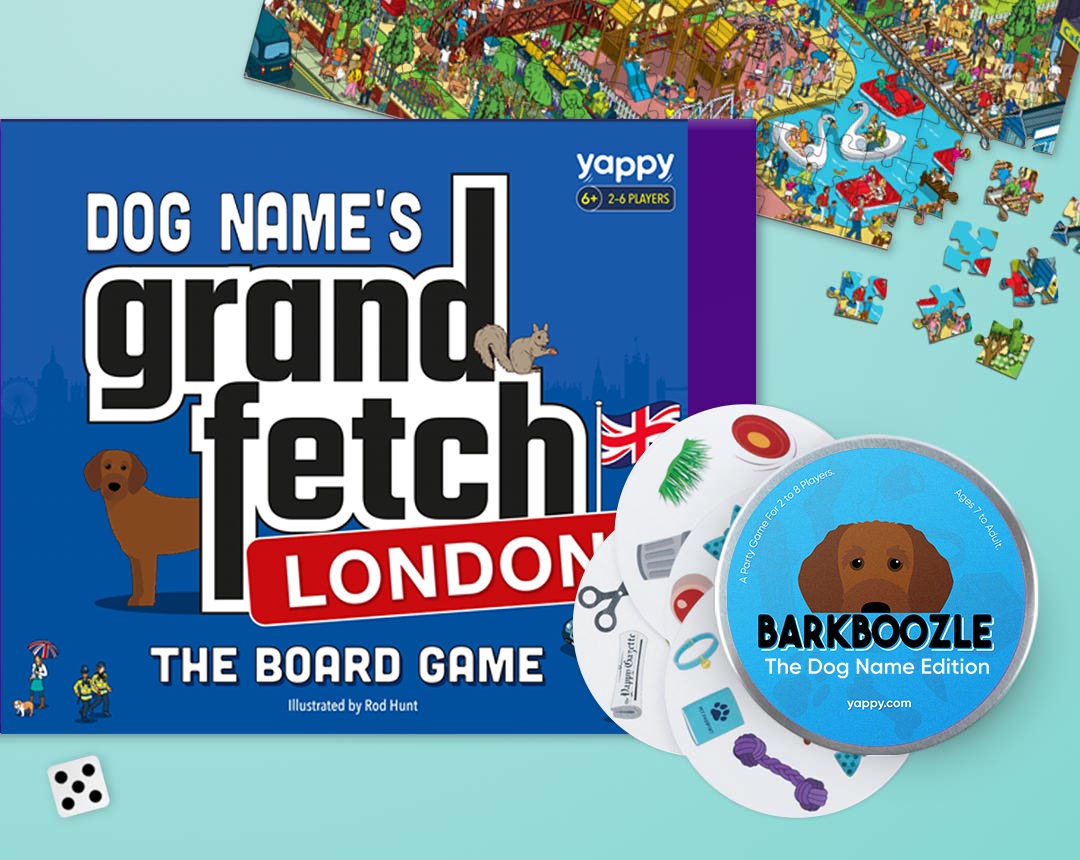 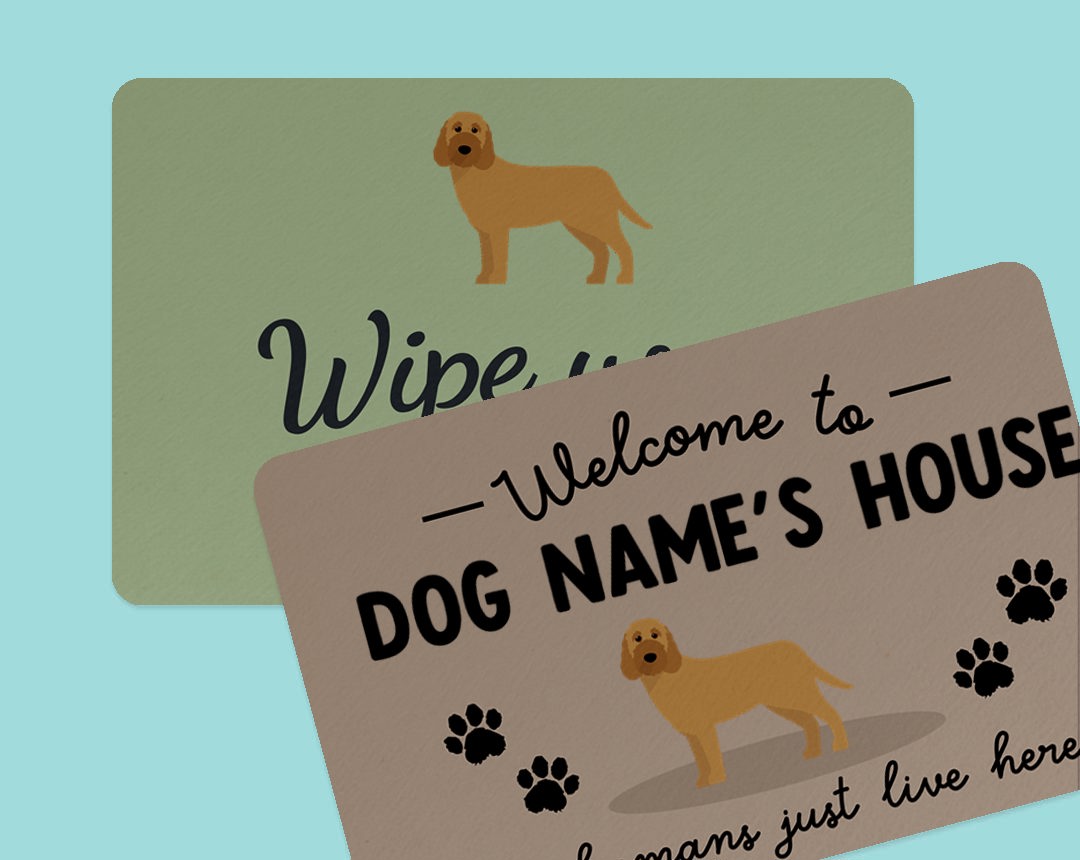 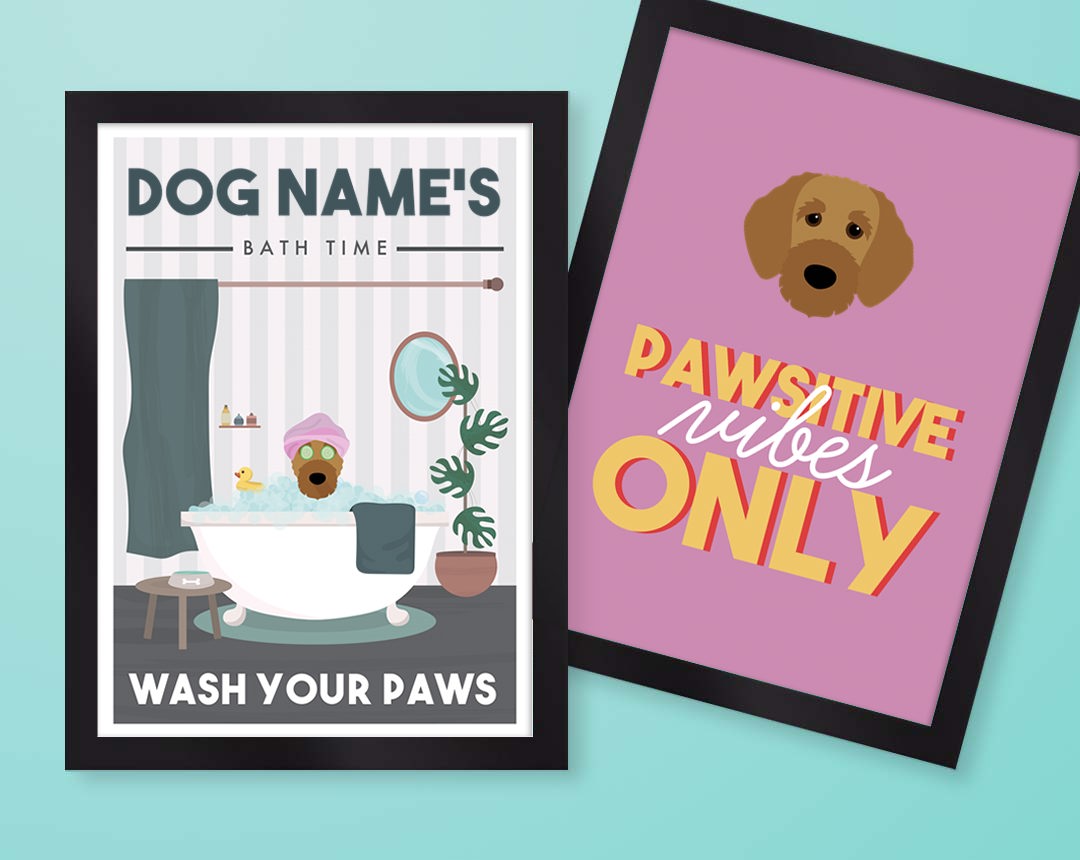 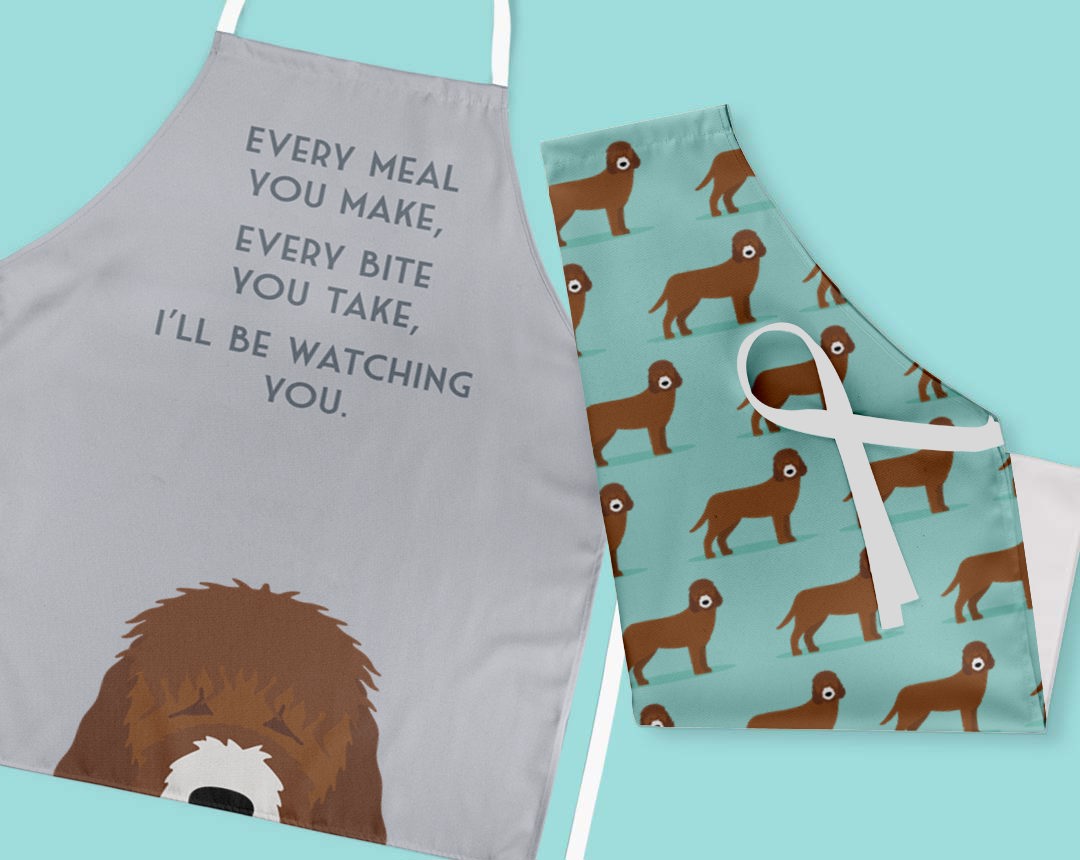 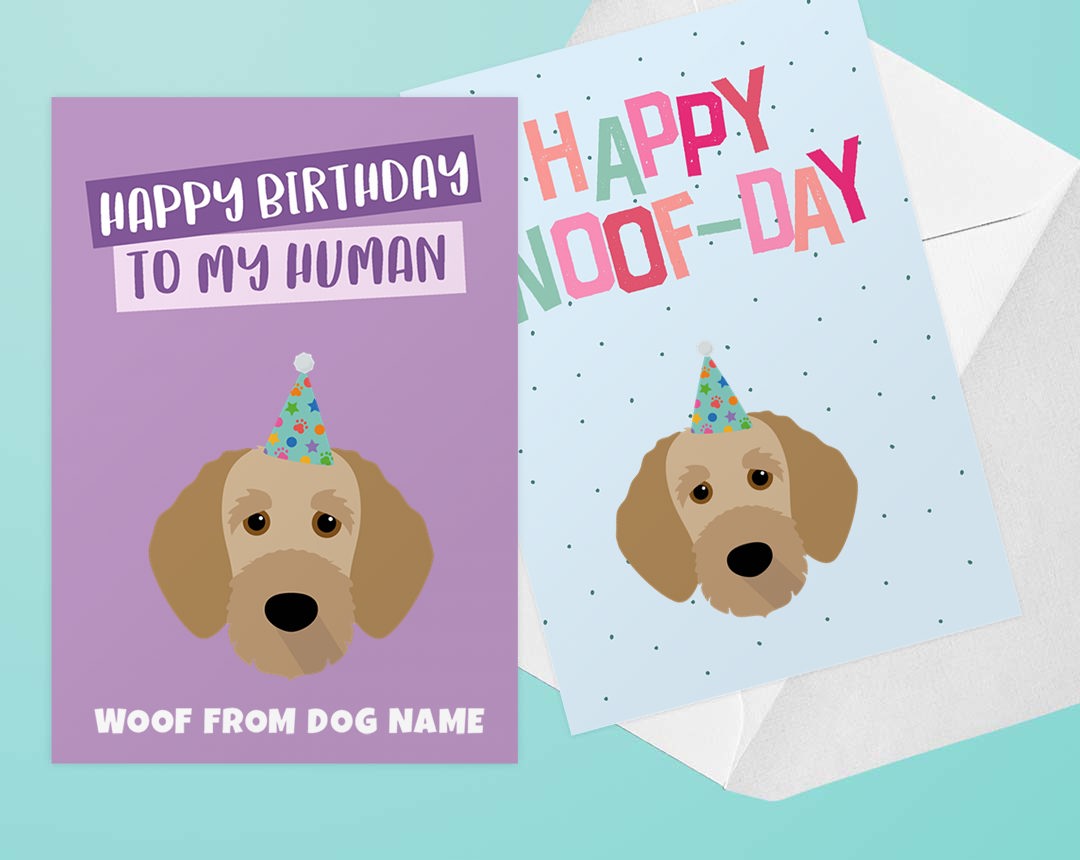 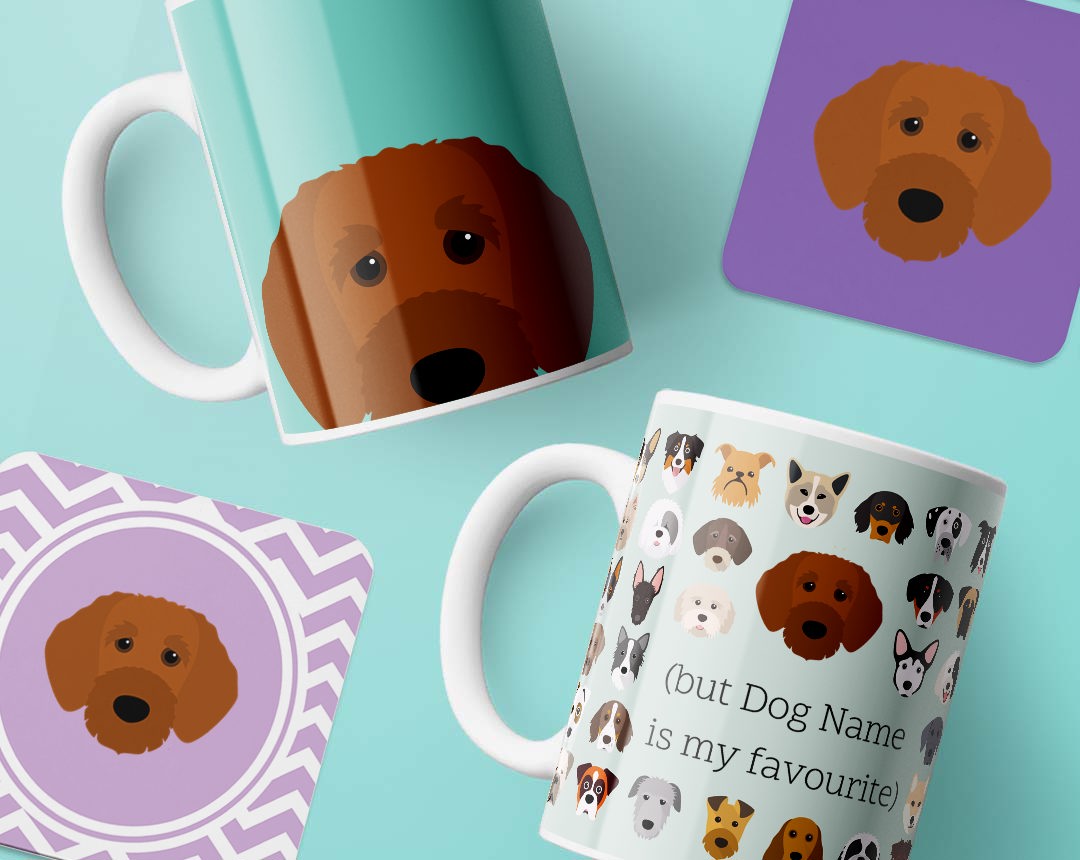 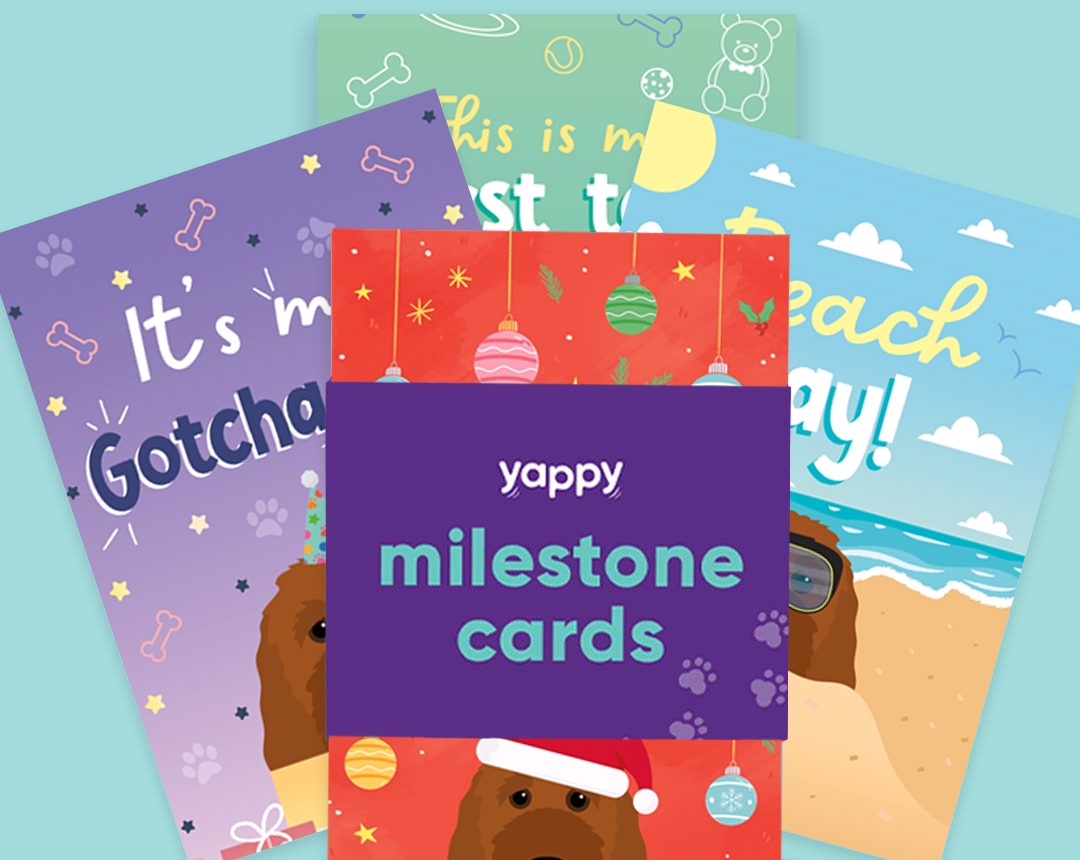 The Irish Doodle is a hybrid dog that’s a cross between an Irish Setter and the Standard Poodle. This pooch usually inherits the friendly nature of the Irish Setter, the non-shedding coat of the Poodle, and comes in three different sizes; Standard, Miniature and Toy.

The Irish Doodle makes a charming, playful and entertaining family companion who is generally likely to get along with children and other animals, provided they are shown enough attention and given enough mental stimulation! A bored or lonely Irish Doodle may become anxious and even destructive – so make sure to show this dog lots of puppy-love.

Fun Fact: There's a talented Irish Doodle named Barney, whose skills are used as a diabetic-alert dog. Barney is trained to help a US judge manage his blood sugar by alerting him when he should check his levels and take insulin. What a clever pooch!

Irish Doodles are energetic, intelligent and friendly dogs who love human companionship. This pooch makes a furbulous family pet due to their easy-going nature and how eager they are to please their ‘hoomans’!

As this pooch is very intelligent and keen to learn, they’re extremely trainable and once they’ve learned something – you might be hard-pressed​ to get them to ‘unlearn’ it! This applies to things you want them to learn – like obedience and manners, and sometimes to things you’d rather they didn’t learn, like how to open cabinets and drawers…

When they’re young, this breed is likely to demand lots of attention and are always in the mood to play and clown around. To avoid becoming spoiled and too demanding, they’ll need early socialising and training.

As both the Irish Setter and the Poodle often get along swimmingly with children, the Irish Doodle is no exception. However, if this pooch carries more Poodle traits, they may be more sensitive and startle easy. In which case, you should let them socialise to help learn to deal with the outside stimulus.

In most cases, the Irish Doodle is a happy-go-lucky pooch who just loves to plan and learn!

The Irish Doodle is a hybrid dog crossed between two very different types of hunting dog; the Poodle – a German retrieving dog, and the Irish Setter – an elegant red field hunting dog.

So how did the Irish Doodle come to be? It’s most likely this pooch was developed to create a dog who was friendly and cheerful like the Setter, as well as non-shedding and hypoallergenic like the Poodle. However, as with any hybrid, there’s no guarantee as to which qualities your puppy will inherit and even the same litter can have huge variations!

Since this designer dog has no known history, we can only look to its parents to get an idea of where they came from:

While the Poodle is often associated with France, it was actually developed in Germany, where it was known as ‘Pudlehund’; ‘Pudle’ meaning to ‘splash around’ and ‘hund’ meaning ‘dog’. While this pooch is mainly viewed as a companion or a trained entertainment animal (particularly the miniature and toy varieties), the Poodle was originally bred as a hard-working retriever of waterfowl, and are occasionally still employed in this role today.

The Irish Setter was developed in Ireland at some point in the 1700s as a field hunting dog and by the early 1800s, the breed was popular not just in Ireland but throughout the UK. The earlier Irish Setters were bred as hunting dogs, mainly to search out birds and hold their position to avoid entering the line of fire. They were imported to the US in the id-1800s and by 1878 they were recognised by the American Kennel Club.

Although the Irish Setter could be crossed with a Miniature or​ Toy Poodle, the most common Irish Doodles are a mix of the Standard Poodle and Irish Setter.